Dr Joe Collins MVB PhD takes a look at Lasix, why it is used and why it my not be used for much longer 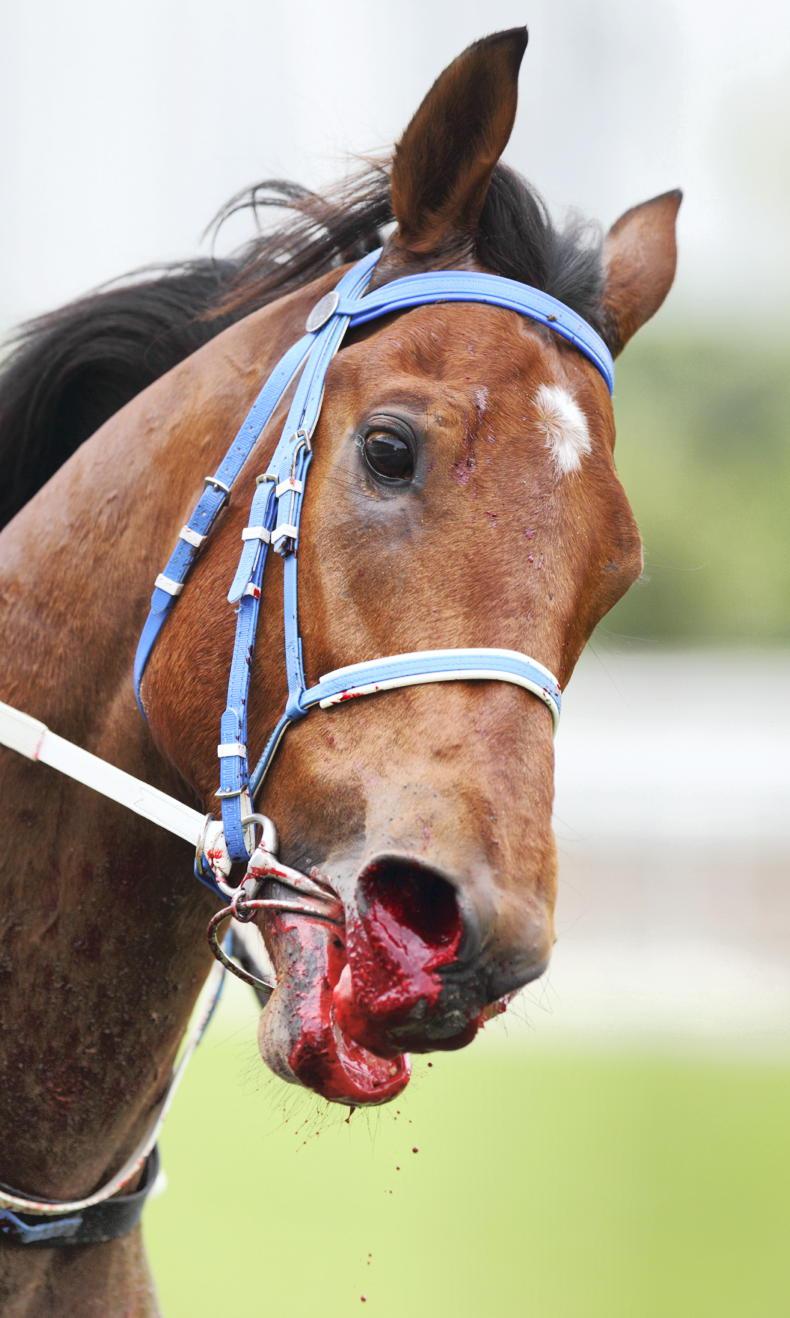 Horse nose with blood after racing. Exercise Induced Pulmonary Hemorrhage (EIPH) also known as "bleeding" or a "bleeding attack" has been known to occur in horses that engage in short periods of strenuous exercise \ IStock 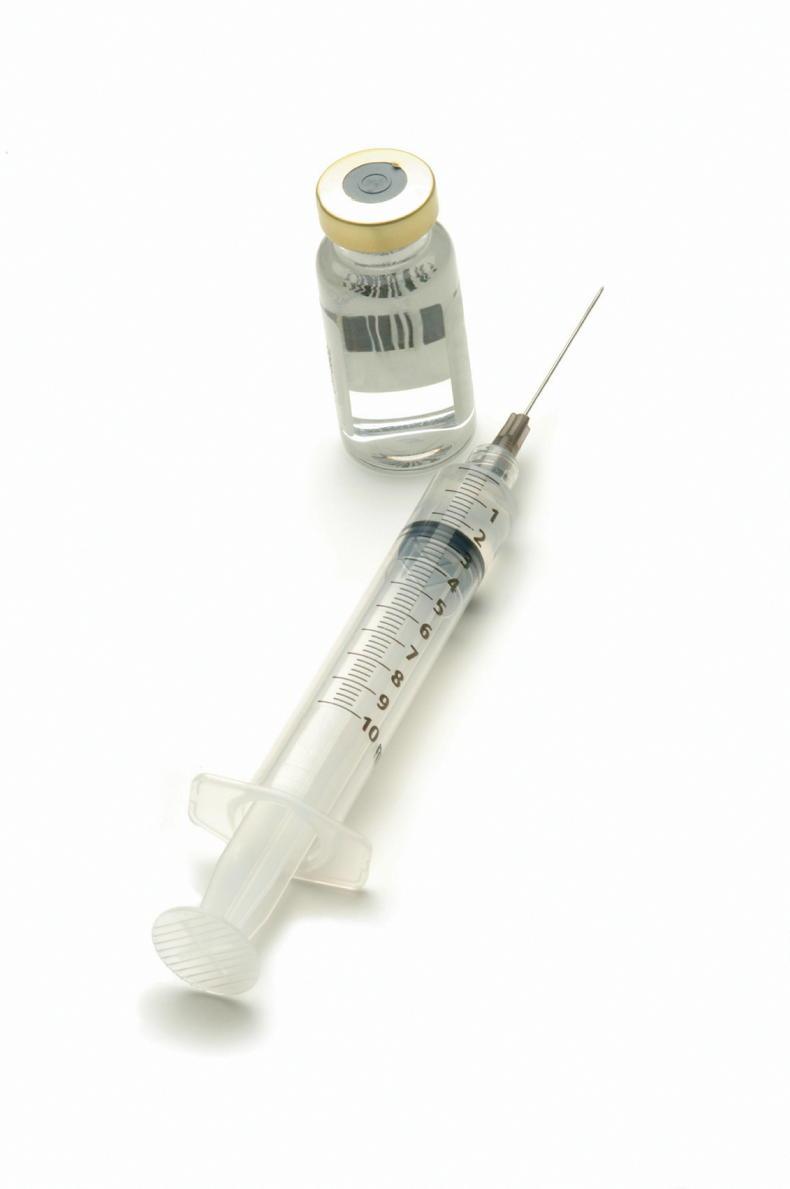 The effect of Lasix is on the body generally (leading to lowered blood pressure) but also more specifically in the colon (reducing its weight behind the diaphragm): thus reducing the likelihood of blood vessels bursting \ IStock
Previous Next

I WROTE recently about heart attacks in horses and why these happen – one of the underlying reasons being the huge blood pressure generated by the horse heart at full gallop. A major blood vessel may rupture with fatal consequences. Alternately, more minor vessels burst in the lung leading to bleeding – the proper name being EIPH – Exercise Induced Pulmonary Hemorrhage. At Breeders’ Cup time we commonly hear of this issue - of ‘bleeders’ - and whether racing should permit medication aimed at reducing its incidence. The drug in question is Furosemide commonly known by the trade name under which it was first marketed – ‘Lasix’.

The galloping horse takes a breath every stride and the lungs are compressed each time, with shockwaves transmitted through the diaphragm by organs, including the colon, behind. Combined with high blood pressures, this generates real risk of rupture in fragile pulmonary capillaries (small blood vessels). Such is detected frequently by vets endoscoping, and sometimes then sampling, the animal post-exercise. Blood flows up the windpipe as anything from a trace to a trickle or even stream. It sometimes reaches all the way to the nostrils themselves, to be then seen as a ‘red flag’ by all parties concerned.

Pulmonary bleeding at full exercise is a distressing event for the horse causing him to slow down or even want to pull up. In any event, his chance of winning is largely scuppered. Worse still, repeated episodes cause scarring of lung tissue and reduce the horse’s capacity for exercise.

Furosemide is a diuretic – a ‘pee pill’ if you like. It encourages urination and thus dehydration, potentially also electrolyte imbalance if used to excess. The effect is on the body generally (leading to lowered blood pressure) but also more specifically in the colon (reducing its weight behind the diaphragm): thus reducing the likelihood of blood vessels bursting. So the theory goes, it reduces the risk of EIPH in a horse with a history of bleeding. So perhaps it’s ‘cruel’ not to use it judiciously in a horse with such a known predisposition to EIPH? Or alternately does it confer an ‘unfair advantage’, allowing just such a horse to compete as if he were ‘normal’? As if he didn’t have overly-fragile blood vessels inside? Seems to set ‘welfare’ against ‘integrity’, perhaps!

Additional weight comes down on the integrity side when you consider that diuretics do just that – make urine more dilute. There has been concern that their use causes the residues of other drugs to be washed out more quickly and in lower concentrations than would otherwise occur - perhaps masking the presence of performance enhancing/reducing agents? And thus impeding regulators in publicly assuring a level playing field for competitors and punters alike?

This side of ‘The Pond’, the integrity argument won out some time ago with the use of Furosemide being confined to training days for known ‘bleeders’ – assisting in the attainment of full fitness in these horses, reducing the stress and healing time caused by episodes of bleeding. Then on to the races themselves with fingers crossed that no hemorrhage occurs, the horse wins and, horror of horrors, no dope test is failed! As Furosemide (and similars) are not permitted in racing here, sufficient time must elapse after administration for the drug to be washed out of the system.

In other racing jurisdictions, racehorses may be declared as racing on such drugs, as per tongue-ties, blinkers and the like. But many stakes races in the US are now run ‘Lasix-free’; such conditions applied to the Breeders’ Cup for the first time in 2021; and it seems like the ‘Lasix on race-day’ days might just be nearing an end.