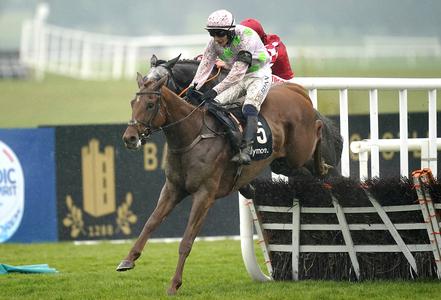 Vauban further enhanced his tall reputation with a runaway victory in the Ballymore Champion Four Year Old Hurdle at Punchestown on Saturday.

Narrowly beaten by Pied Piper on his Irish debut, the Willie Mullins-trained juvenile had since notched successive Grade 1 wins in the Spring Juvenile Hurdle at Leopardstown and the Triumph at Cheltenham.

The runner-up on both occasions was Pied Piper’s stablemate Fil Dor, who was once again in opposition and provided most resistance.

The pair had it between them from a long way out, with Fil Dor’s rider Davy Russell doing his level best to draw the sting out of Vauban by making it a strong test.

But the 4/11 favourite cruised up alongside the pacesetter still full of running on the approach to the final flight and only had to be pushed out hands and heels on the run-in by Paul Townend to score by four lengths.

“He did very well and Paul said he’s only learning, he has very few races under his belt,” said Mullins.

“Paul said he’s starting to get down and hurdle properly now. He settled in and changed gear when he wanted to.

“It was an automatic change of gear and he looks hugely exciting. He has serious gears and he’s only learning to race.

“He only had a few races on the flat and he’s getting it together over hurdles now.

“We bought him before he won the listed race in France, it’s a thing we never do but we spotted him and asked the price and they gave it to us. They wanted to run him in the listed race, we said okay and kept our fingers crossed.

“He got into awful trouble in the race and there was huge interest after that, I’m sure Rich (Ricci) could have turned over a neat profit.

“The Australians wanted him and he looked ideal for down there, maybe he’ll end up down there some day. Maybe we’ll have a tilt at the Melbourne Cup, not this year.

When it was put to him that he was a Champion Hurdle horse, he added: “He shaping up to be one.”

Live coverage on RTÉ1 and the RTÉ Player. pic.twitter.com/0f0ltXm8pB

Runner-up to the brilliant Honeysuckle in the Champion Hurdle at Cheltenham before going one better Aintree, Epatante was the 4/6 favourite to secure her seventh Grade 1 victory.

Marie’s Rock, also trained at Seven Barrows by Nicky Henderson, was sent off at 10/1 to supplement her victory in the Mares’ Hurdle at Prestbury Park in March.

As is her wont, the Willie Mullins-trained Stormy Ireland took the field along for much of the two-and-a-half-mile contest – but she had the Henderson duo on her tail rounding the home turn.

And while Epatante could not get by the gritty front-runner after the final flight, Marie’s Rock responded to Nico de Boinville’s every call to get up and score by a length and a quarter.

“We love coming here. We had to throw two at it to win it and Stormy Ireland looked like she had got away,” said Henderson.

“Marie’s Rock is funny but she’s tough and she’s done it all year to be fair, so has Epatante. They’ve both had fantastic seasons.

“She is hardy and she’s found her feet this year in no uncertain terms. I thought she was very good two years ago, where she got to last year I’ve no idea. I lost her completely but luckily she’s come back to talk to me!

“She’s got plenty of pace and she stays obviously. Put those two together, and a lot of ability, and you are in quite a strong place.”

He added: “It was a good solid gallop and I thought they set out to test Epatante’s stamina and that probably helped Marie’s Rock because she does stay really well.

“Epatante has been on the go for a long time, since the Fighting Fifth, and she’s had a great season, winning three Grade 1s. This mare has now won two.

“It was a smaller team than we tend to be here with. We would have loved to have brought Constitution Hill but it wasn’t the right thing to do. Maybe we’ll all meet up again next year and sort it all out then.” 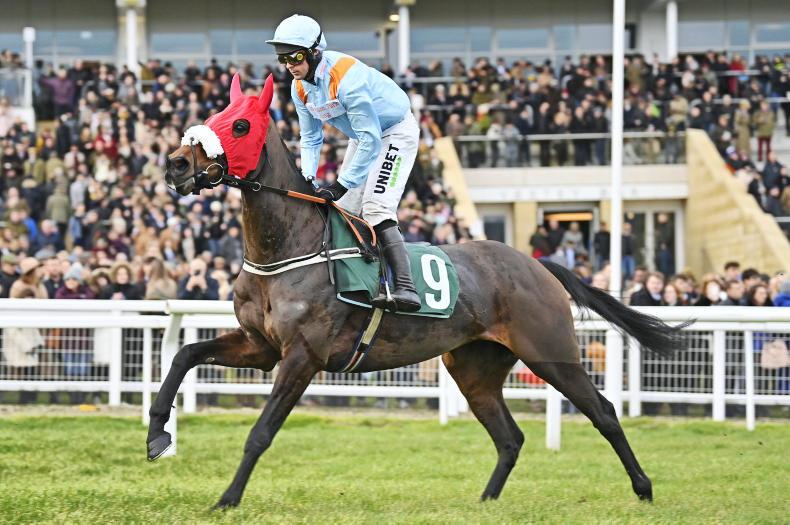 Rory Delargy
BRITAIN: Marie's rocking and rolling
Nicky Henderson's mare looked better than ever on her reappearance at Cheltenham on New Year's Day 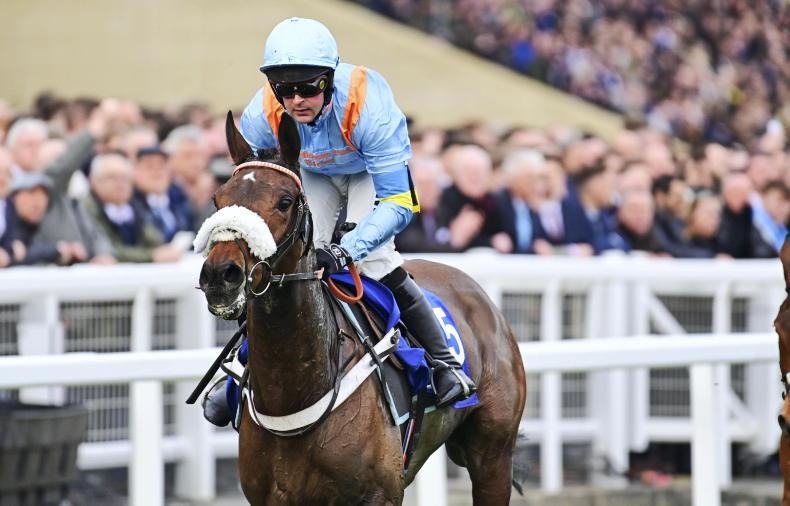 Irish Field Contributor
VIDEO: Marie's Rock beats the boys on return
The Festival winner was thrown in against males at Cheltenham on New Year's Day but proved more than up to the test 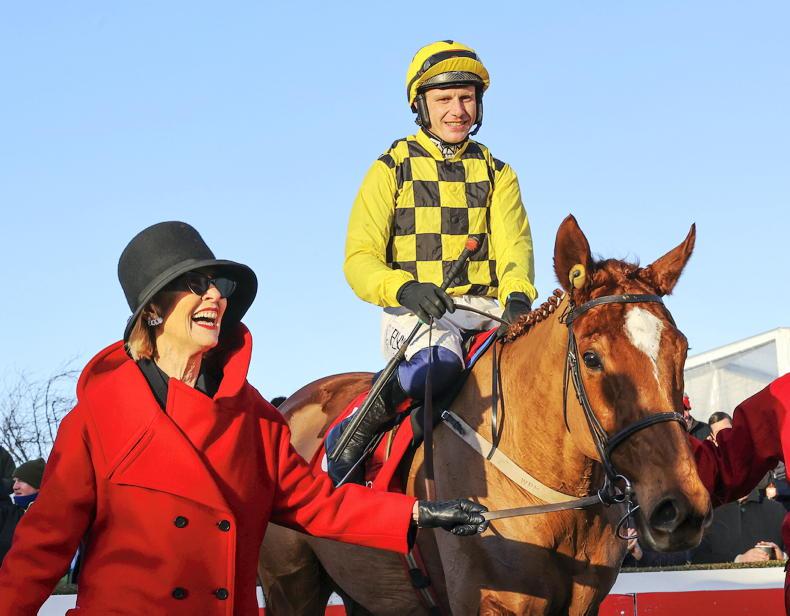 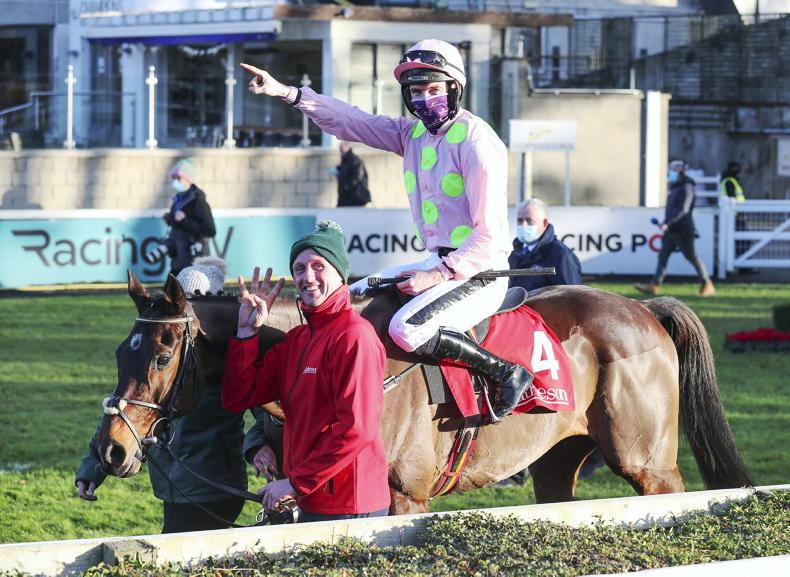 Irish Field Contributor
State Man and Sharjah set for Matheson clash
Having faced each other once already this season and State Man coming out victorious, the Closutton pair will meet again on more familiar territory for Sharjah