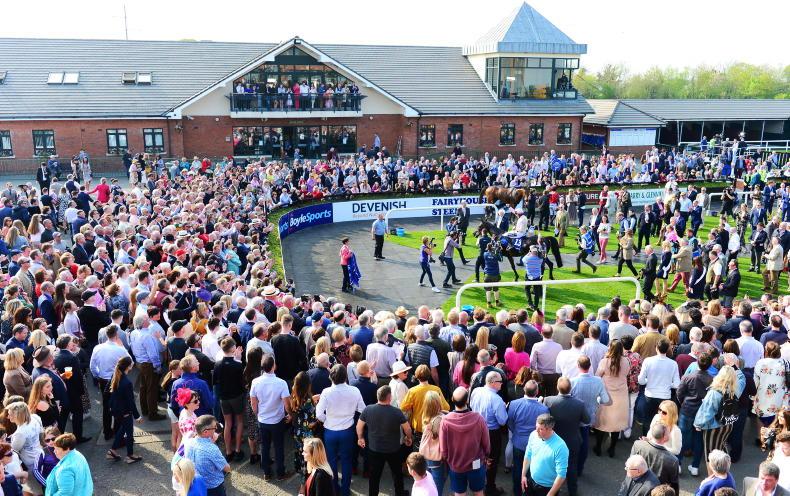 THIS is some chamce for all horse mad young people. HRI Racing Juniors are running a competition for two young racing fans to lead out the jockeys for the 150th running of the Boylesports Irish Grand National at Fairyhouse Racecourse on Monday, April 18th.

Win the chance to rub shoulders with the leading jockeys of the weigh room as they are escorted out to the parade ring ahead of the richest race in the Irish National Hunt racing calender at 5pm on Easter Monday.

GRAND National connections of all kinds are intriguing. Kilkenny archivist John Kirwan, who also has the Mermaid Gallery Inistioge in Inistioge, which shows some excellent artists for visitors to this Nore valley jewel, has plenty of connections to Grand Nationals.

“My uncle Dan Kirwan of Lower Grange, Gowran, Co Kilkenny, trained Nicolaus Silver. Uncle Dan died suddenly in 1960 and the grey was sold at the Dublin Ballsbridge sales in November 1960 where bidding was fierce as he was oven ready for the Grand National. He was sent to England to be trained by Fred Rimell and the horse won the Grand National in 1961.

“That same uncle won the Irish Grand National on Red Park in 1933.”

And if that wasn’t sufficient for any family, John’s grandfather, also John, trained Heirdom who won the Irish Grand National in 1945.