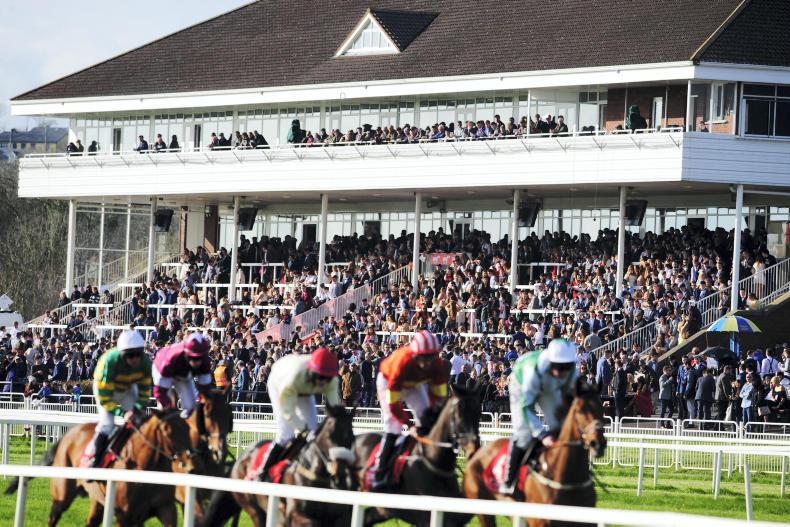 Work has commenced on a new straight seven-furlong track at Cork which, when complete, will be a unique addition to Irish racing.

Groundworks began this month on extending the current six-furlong sprint track at Mallow, making it one of only two straight seven-furlong facilities in the country.

The €600,000 development works form part of the Horse Racing Ireland (HRI) Racetrack Improvements Scheme, available to racecourses throughout the country to encourage the continued improvement of racecourse track and associated works through the provision of capital grant aid.

The two-year capital investment by Cork Racecourse also includes the levelling and widening of the existing straight, upgrades to track drainage, a canter down and a new Briggs watering system.

Minister for Agriculture, Food and the Marine, Michael Creed TD, welcomed the development, stating: “I am delighted to hear that Cork Racecourse is developing the potential of this wonderful local amenity by availing of funding for a new sprint track through HRI’s Racetrack Improvements Scheme.”

Chairman of Cork Racecourse Mallow, Tom Gaffney, commented: “The investment in the track, extending the sprint track to seven-furlongs displays the ambition of Cork Racecourse, and the extensive works on the current straight reflects the objective of the board members to provide the optimum ground for racing. The work now being carried out follows consultation and input from trainers and jockeys. We are also delighted to announce a full National Hunt card on Easter Monday 2018.”

Brian Kavanagh, CEO of Horse Racing Ireland, said: “Horse Racing Ireland is very happy to support the investment in Cork under our Racetrack Improvements Scheme, and this hugely positive development for Cork Racecourse shows a vibrant, active board at Mallow always keen to improve. In many ways the new straight seven-furlong track is a potential game-changer for the venue, and an important investment in the future of Cork Racecourse.”

Cork Racecourse also announced an increase in prize-money for one of the highlights of the season at the track, the Kerry Group Raceday in December. The feature race on the day, the Grade 2 Kerry Group Hilly Way Chase, has received an increase in prize-money of €10,000, bringing its value to €60,000. It’s a key two-mile chase in the National Hunt calendar, attracting the best chasers around, and was won last year by the mighty Douvan.