Leo Powell has a selection of stories from The Irish Field, ranging from 1932 until a decade ago 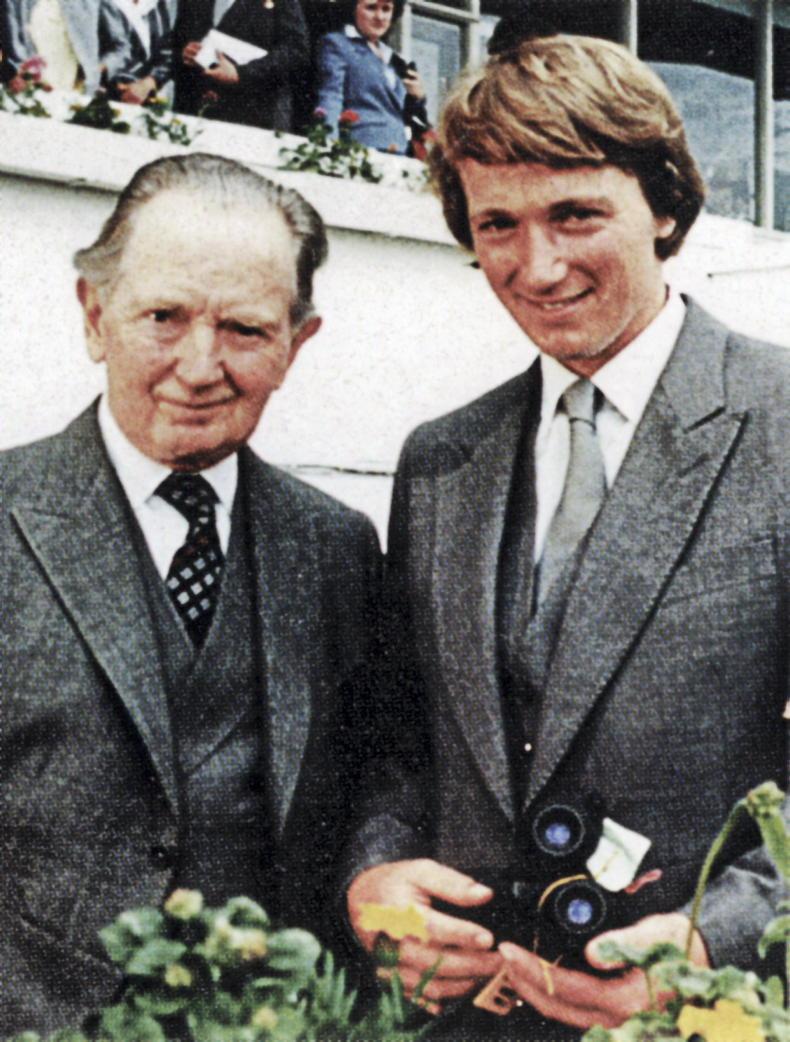 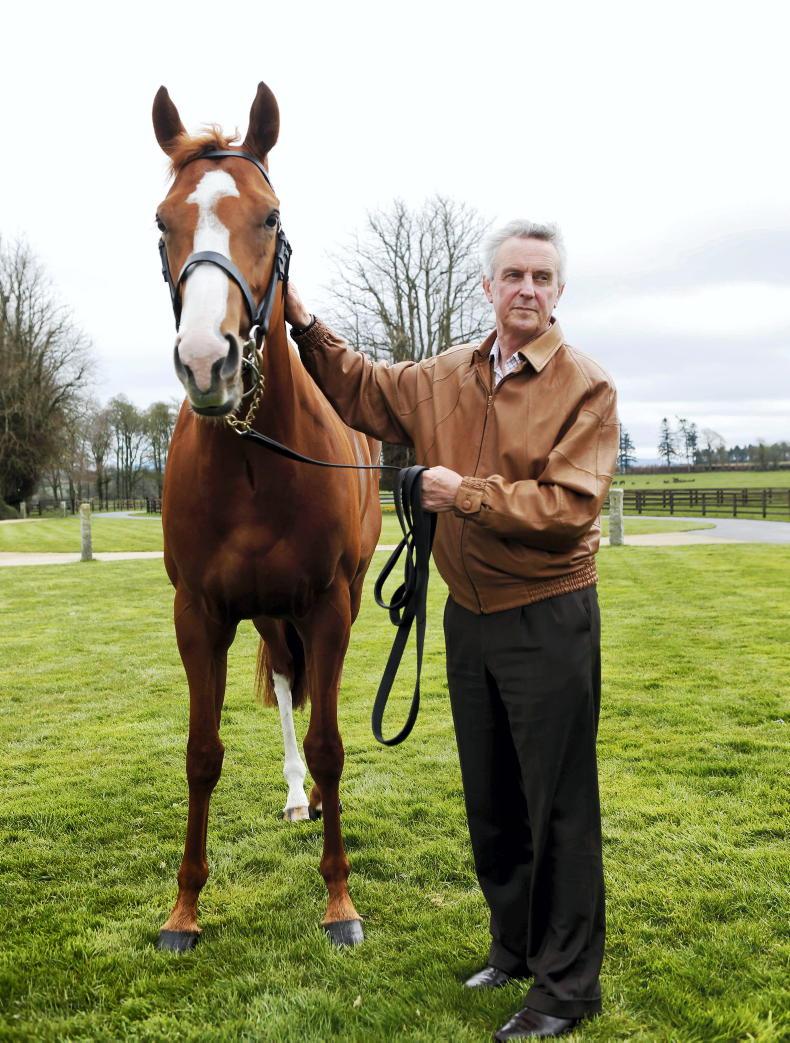 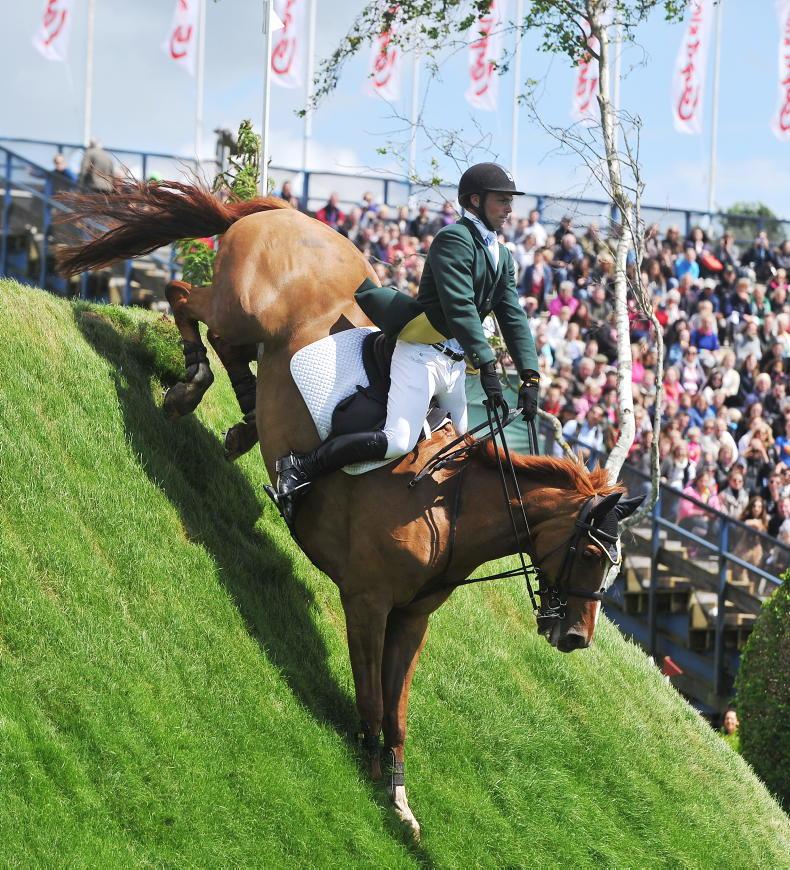 Paul Beecher and Loughnatousa W B come down the Hickstead bank 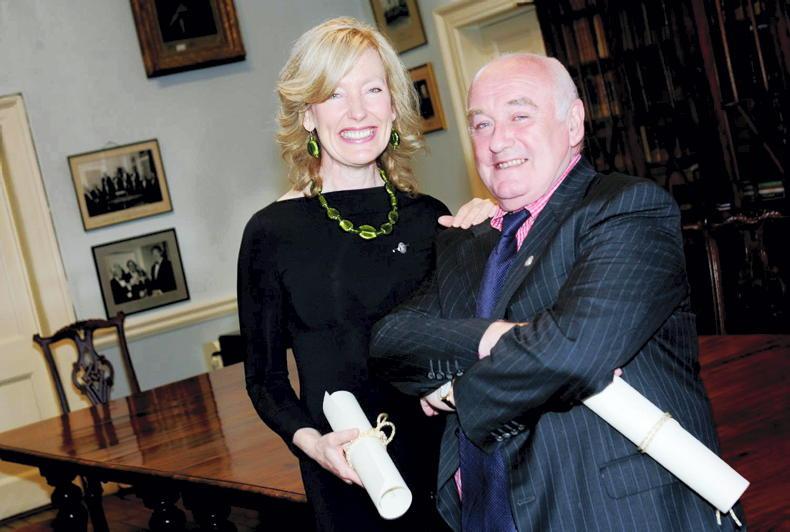 IF the essence of racing is competition, then the Irish Sweeps Derby at the Curragh on Saturday last was a non-event.

However, if you are the sort who likes to see a top-class colt confirm his ability in style, then pleasure was to be derived from being present to witness Assert adding this classic to his French Derby success.

While he had not a lot to beat in either race, he must be second-best to Golden Fleece in the rank of three-year-olds on a global basis, a very nice situation for the Robert Sangster empire.

Although this was Christy Roche’s first Irish Sweeps Derby win, it was his seventh classic success in Ireland.

During Robert Sangster’s post-race dialogue with the racing press he said that Assert had been improving all season, and would now go for the King George VI and Queen Elizabeth Diamond Stakes, followed by a tilt at the St Leger. Present intentions are to keep Assert in training as a four-year-old, probably following in the footsteps of Alleged and having a crack at the Prix de l’Arc de Triomphe next year.

Golden Fleece, according to Mr Sangster, will take in the Benson and Hedges Stakes, followed by the Prix de l’Arc de Triomphe, and will then be retired to stud at Coolmore Stud.

With the current emphasis on breeding from this quarter, I have some doubts that Assert will be seen on a racecourse in 1983, but then the owner should know. The twice previously superior Golden Fleece and Assert will not meet again on a racecourse.

While one cannot say that David O’Brien had to start from the bottom as a trainer, nevertheless a double Derby success at this early stage of his career is a fantastic achievement by any standard.

[Assert, as predicted by Valentine Lamb, did not run at four. He made four more starts, being beaten narrowly in the King George VI and Queen Elizabeth Diamond Stakes, winning the Benson and Hedges Stakes (as Golden Fleece never raced again), the Joe McGrath Memorial Stakes, and finishing down the field in the Prix de l’Arc de Triomphe.

JIM Bolger has sold a controlling interest in Dawn Approach to Godolphin for an undisclosed sum, but the colt will remain in training with him in Ireland.

Dawn Approach heads the 2000 Guineas market for next year, and is unbeaten in four races, including an impressive victory in the Coventry Stakes at Royal Ascot. Bolger also trained his sire, New Approach, who won the Derby in the colours of Princess Haya of Jordan.

Godolphin’s racing manager, Simon Crisford, said: “We are delighted Dawn Approach will race for Godolphin, and look forward to seeing him run at the highest level. It is fantastic to see how well New Approach has started his stallion career, and Dawn Approach appears to have inherited many of his qualities.”

[Dawn Approach remained unbeaten as a two-year-old, adding victories in the Group 1 National Stakes and Group 1 Dewhurst Stakes. At three he was successful in both the Group 1 2000 Guineas and the Group 1 St James’s Palace Stakes at Royal Ascot.

At stud he is sire of the Bolger-owned, trained and bred Poetic Flare, and he too won the Group 1 2000 Guineas and St James’s Palace Stakes, Group 2 winner and Group 1 Derby runner-up Madhmoon, Group 2 winner Paulele, a trio of Group 3 winners and 11 listed winners.

Beecher and Loughnatousa rule at Hickstead

The 29-year-old was first to tackle the daunting course, and set a high standard when clear. Some 24 riders faulted in the Carpetright-sponsored class before William Funnell guaranteed a jump-off with a foot-perfect round on Shane Breen’s former mount, the Irish-bred Dorada. Breen won the Hickstead Derby in 2007.

Beecher and Loughnatousa W B, who was bred at his family’s stud, repeated their first round clear against the clock, and set the target at 93.07 seconds. When three-time Derby winner Funnell picked up four faults at the third fence he handed victory to Beecher, and retired to take second place.

Beecher, who finished 13th in last year’s Hickstead Derby, collected almost £35,000 for his win. Only 55 clear rounds have now been jumped in the Derby’s 51-year history.

“I don’t mind being drawn first,” said Beecher. “I had my own route, and I took each jump as I saw it. This is the type of horse that can go from switched-off to switched-on very quickly, though to have jumped clear in the Derby is still a lot to take in.

“It’s a dream come true to even compete at Hickstead, so I cannot put into words how it feels to win a class like this.”

Beecher’s victory was completing a good weekend at the show for Irish riders, with Trevor Breen winning the previous day’s Speed Derby.

CONGRATULATIONS to equestrian journalist and mountaineer Grania Willis. She joined an elite group of people when an honorary life membership was conferred on her by the Royal Dublin Society during the week.

The RDS awards the membership to people they believe have made a significant contribution to Ireland and Irish life. Willis, who was born in London in 1956, came to Ireland in 1980 and began work with The Irish Field, where she continued until the paper was bought by The Agricultural Trust four years ago.

She was given this honour for her professional reporting and writing on equestrian sport. Her outstanding example of courage, and strength of will, in overcoming personal injury, while setting personal challenges and making contributions to alleviate the suffering of cancer patients in Ireland, were also major factors in the decision.

Bloodstock sales on the floor

ONLY in a few cases were big prices forthcoming at the yearling sales in Newmarket this week. Buyers were few and cautious, and there were too many lots. When such a state exists a market is bound to be dull.

The days when a high-class yearling could fetch a sum equivalent to a small fortune have passed away, and may not return in our generation. It was the existence of a number of extraordinarily wealthy men that made them possible some years ago, and when this class of mortal disappeared, as it has, prices have come down to normal.

Bloodstock which would have fetched £3,000 and upwards in the sale ring a few years ago obtains £700 or so now, and when such a sum has been made it must be considered a particularly good sale.

All of which goes to suggest that breeders should scrap in their minds, once and for all, the idea of fanciful prices, the latter being a legacy from the boom period which followed the Great War. Another war, and the profits it brings to some, might cause another boom, but can the world stand another war?