Title: Horses in the hood

We see an array of hoods, visors and masks on tracks, at shows and at home, Horse Sense takes a closer look 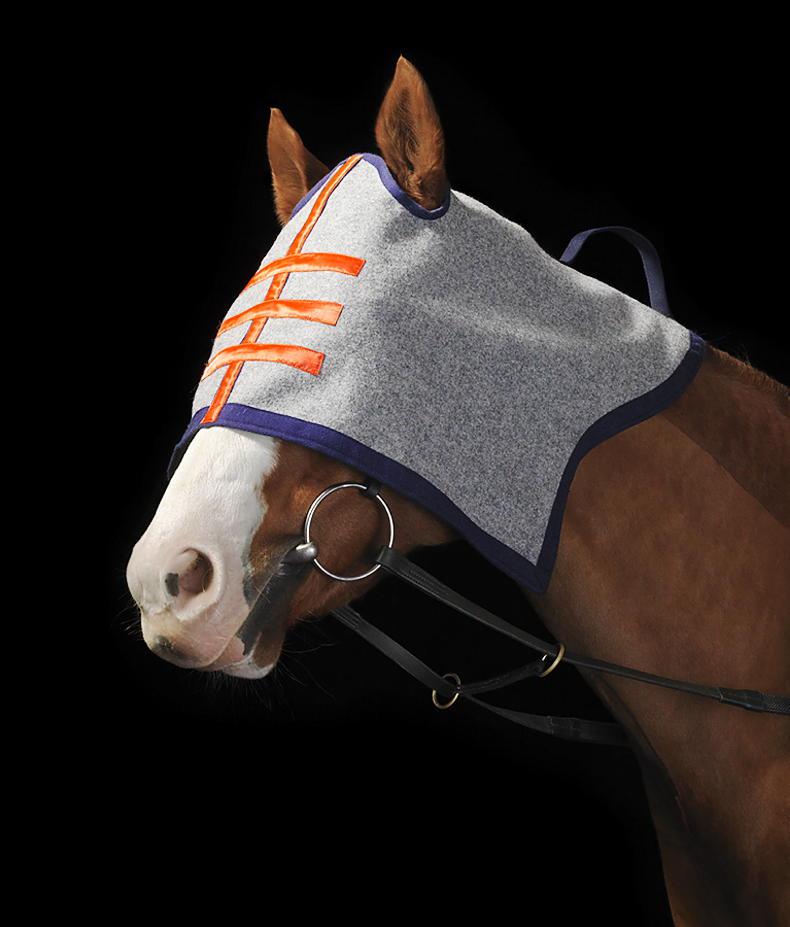 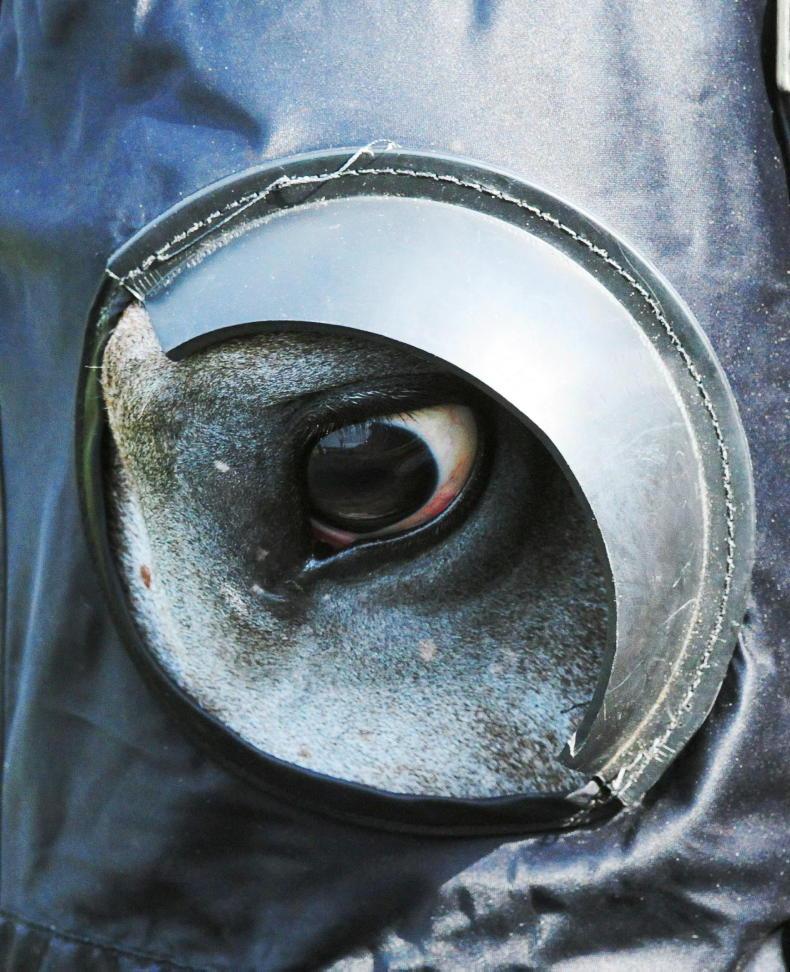 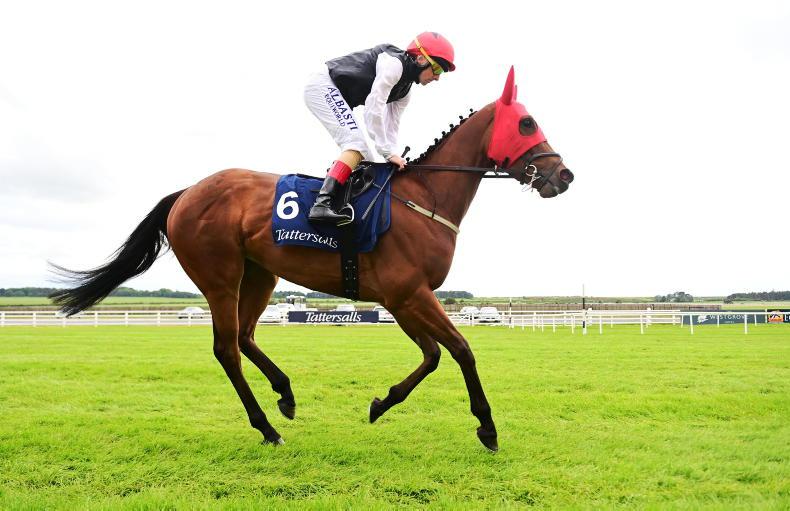 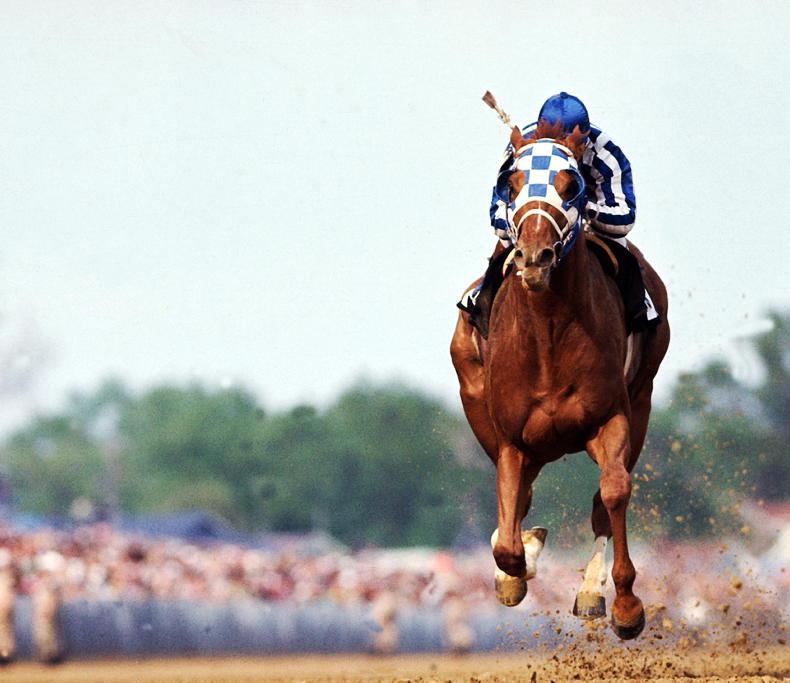 FROM the ‘batman’ to the ‘red hood’, headgear is becoming increasingly visible in equestrian sport these days. While it’s not a new thing (remember Secretariat storming to victory in his signature blue and white checked blinker hood in the 1973 Triple Crown?) there are innovations being made and various hoods from calming to therapeutic are becoming a familiar addition to tack boxes of every discipline.

Racing hoods and ‘the red hood’

A hood is used to cover the horse’s ears and head in order to keep them calm. Inside the hood are padded sections which block out sound, meaning those who can get a bit nervous and edgy from the noises of hooves and crowds are able to settle. One of the main reasons for horses sweating up and losing valuable energy before a race is due to noise. Thousands of people can be roaring and shouting and the excess noise can make horses nervous.

The red colour of specific hoods indicates that it will be removed before the race begins. A red hood can only be utilised in the parade ring and for getting to the start, blocking out the crowd noise.

The stretch elastane hood has neoprene ear covers and covers the horse’s head, but allows them to see. Red hoods are removed by the jockey before the race.

A hood that is to be worn during the race can be any colour other than red.

Racehorses wear blinkers to help maintain focus during a race. If a horse has a habit of looking around while running, he loses speed. They can be distracted by other horses, people or other periphery goings-on.

Blinkers will help stop him looking around and remain focused on his race. Blinkers are usually made of nylon with plastic eyecups attached and can be customised by the trainer.

Trotting harness racehorses usually wear blinker hoods because there’s a lot more going on in their fields of vision. Some of them will even wear full visor shields or transparent goggles to protect them from flying mud.

A visor is similar in look and purpose to blinkers but there is a subtle difference. Blinkers completely restrict vision from the side, whereas visors have a small slit so when other horses are upside, the horse with blinkers will know they are there.

For a horse who prefers company, seeing other horses (the herd mentality) can soothe him and help him stay calm, whilst still being focused on the track ahead.

More of a blindfold, this particular hood is used to temporarily disorient horses who are reluctant to be loaded into starting stalls. Jockeys whip it off moments before the race starts.

The Fenwick Liquid Titanium calming mask is being seen more and more in show jumping rings across the country. The therapeutic mask is based on “the dispersion of titanium in water at the nano level by water-soluble metal technology” according to the developers. According to Fenwick the negative ions can help boost energy and mood, and help a horse relax and focus. The mask is an increasingly popular drug-free option for calming horses whilst competing. Fenwick’s therapeutic headgear is approved in many racing jurisdictions and has been used for competition in equestrian disciplines worldwide.

Whether mesh or fringed, there are a number of reasons to use a fly mask.Flies can carry and spread disease and can cause irritation of the eye, leading to rubbing which can potentially introduce dirt and infection.

Fly masks can help protect the eye from secondary infection, flies or wind if the eye has had any trauma or damage. Horses’ eyes can be sensitive to both UV and wind and many fly sprays can irritate the eyes.

Horses with head shaking syndrome thought to be associated with irritation of the trigeminal nerve can be more comfortable when wearing a fly mask or ear bonnet with dangling tassels. The idea is that the stimulus of something touching the horse’s face overrides the random firing of the nerve that irritates the horse and prompts it to shake.

The poll is an area that has many nerve endings and acupressure points. The red light cap can help to relieve pain, discomfort and tension. Poll tension is a common management issue in performance horses. The origins of tension are varied but common symptoms of poll tension include a horse riding heavier in one rein, sensitive to touch around the ears or poll, tacking up reluctance with the bridle and resistance to bending one way or another.

Red and infrared LEDS are positioned over acupressure points and common areas of tension throughout the head. Red light therapy can help reduce inflammation, encourage circulation and release endorphins.

The Light Mask headpiece was developed by Equilume and provides timed, low-level blue light to a single eye of the horse. Its benefits include advanced or extended fertility season, has been proved to optimise foal growth in utero and increase post foaling fertility. The Light Mask can also promote coat condition and wellbeing for competition animals.