Specialist in Equine Medicine, Dr Desmond Leadon explains how Ubiquinol is consumed during strenuous exercise and how it can be replaced 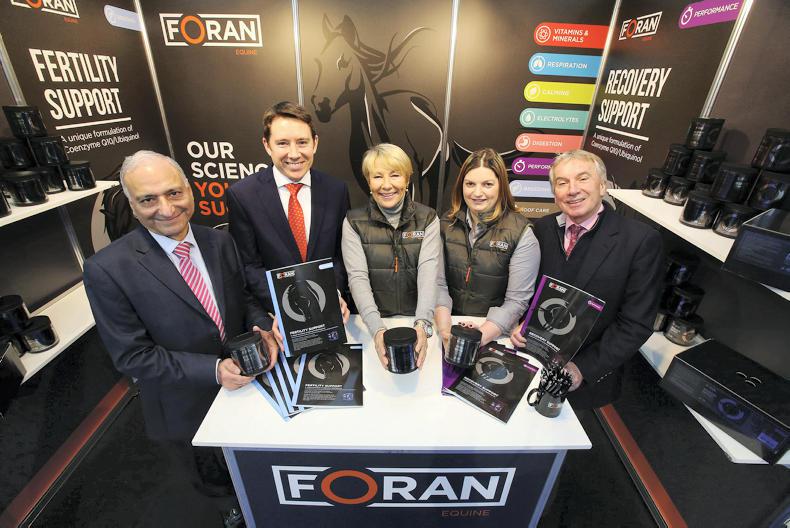 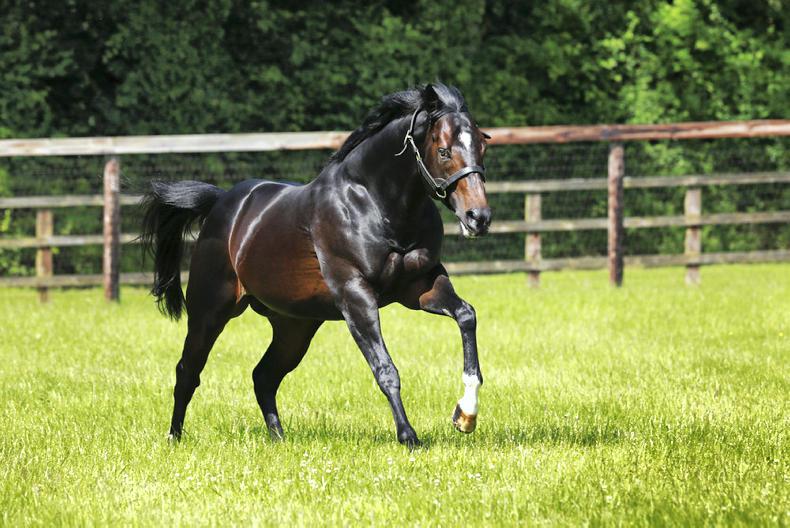 Thoroughbred horses are unusually low in Ubiquinol, they have lower levels than other species
Previous Next

THE Dublin Racing Festival came just a few short weeks after Leopardstown at Christmas. Now it’s just a few short weeks to Cheltenham. Our equine athletes are asked to propel themselves at racing speed through all types of ground and to hurl themselves through the air over eight or more hurdles over two or more miles, or 22 fences over more than three miles in a Gold Cup.

So how do they do it?

The answer lies in the ‘powerhouse’ of the individual muscle and cardiac cell, known as the Mitochondrion. These minute intracellular organelles create energy through a biochemical known as ATP.

Burning ATP, just like burning anything else, creates side effects. Instead of smoke, burning ATP creates a percentage of potentially damaging ‘Free Radicals’. Burn a lot of ATP and you produce a lot of free radicals, which are also known as oxidants.

The body seeks to control free oxygen radicals by neutralising them with antioxidants. A little oxidative stress is balanced easily. A lot can exceed the body’s ability to manage it. The key to controlling oxidative stress (or if you prefer, exertional stress) is the amount of available antioxidant. The most powerful antioxidant in the body is called Ubiquinol.

Ubiquinol is present in every cell in the body. Thoroughbred horses are unusually low in Ubiquinol. We do not know whether this is an inherent feature of horses, or whether this is a by-product of the selective breeding that has created our modern thoroughbred.

What we do know is that Ubiquinol is consumed during strenuous exercise and racing. Studies that we have carried out have shown very clearly, that horses that are engaged in regular exercise have lower levels than those at rest.

We have seen these reserves depleted to a level that is barely detectable, in some of the horses that we have studied.

So, what to do about it? We can of course opt to wait and let the horse allow us to guess that they have recovered from strenuous exercise and consequent antioxidant depletion, or we can try to do something about it, i.e. to help them to achieve recovery of their Ubiquinol levels more swiftly than would otherwise be the case.

Four years ago, we set out to establish whether Ubiquinol supplementation could be achieved in horses and whether there was evidence that could support a rational programme of use in elite equine athletes.

We have been able to demonstrate, through our programme of collaborative research, that pure Ubiquinol can be absorbed in the horse and that the optimal supplementation regime consists of a daily dose over a three week period.

This period allows the attainment of a level of Ubiquinol in the blood plasma which has the potential to enhance recovery from even the most strenuous of exertion. The beneficial effects are seen after the three-week period, provided the recommended level of supplementation is maintained.

The beneficial effects are lost swiftly after the cessation of supplementation and can totally disappear within seven days. It is for this reason that we advocate a course of supplementation sufficient to meet the demands of a racing season, whether on the flat or over jumps.

Foran Equine Recovery Support provides a stabilised form of Ubiquinol, the most bioavailable version of Coenzyme Q10. A powerful antioxidant, Coenzyme Q10 is the ideal support for the elite equine athlete during both pre-training and a busy racing schedule.

Oxidative Stress also occurs in the breeding shed. Sperm cells, like muscle cells are vulnerable to damage from free radicals produced during strenuous demands. These free radicals can damage the membrane that surrounds the sperm cells.

They can also damage the DNA that resides within the sperm cells and thus, even if the damaged sperm succeed in creating a conception by fusing with the ovum (or egg), the embryo can be so damaged as to prevent it being viable and thus result in early embryonic death and pregnancy failure.

Ubiquinol supplementation has been shown to improve conception rates achieved by sub-fertile men. It has also been shown to assist women who seek to become pregnant, towards what would otherwise be, the end of their normal fertile life.

Research on compromised fertility can be extrapolated, within scientific limits, from some species to others. It was for this reason that a group of elite reproductive specialists, chose the bull as a model for their studies on the effects of Ubiquinol supplementation.

Equine Sperm cells also have an inability to repair damaged DNA. The thoroughbred industry outlaws the use of assisted reproduction methodologies, including artificial insemination. However, we can and have learnt a lot in our world of natural service from research carried out on chilled and frozen semen. Research has shown clearly that increasing antioxidants in preserved equine semen, has similar effects to those shown in the studies on the bull i.e. enhanced sperm motility, enhanced conception and reduced embryonic loss.

Our thoroughbred stallions can face into considerable reproductive demands. Some of our first season stallions can begin to work in the breeding shed before they are even fully four years of age (if they have retired from racing at the end of their official three year old year). Our very successful established and proven sires can face into covering four mares a day, sometimes day after day, at the peak of the breeding season. Very famous and successful sires can face similar demands in the face of inevitable ageing and declining fertility. There is strong case for considering Ubiquinol supplementation in each of these categories of thoroughbred stallions. The same is true for the non-thoroughbred sector and in the ageing mare. We are continuing our research programme in all of these areas.

Foran Equine Fertility Support provides a stabilised form of Ubiquinol, the most bioavailable version of Coenzyme Q10. A powerful antioxidant Coenzyme Q10 is the ideal support for stallions in preparation for and during the breeding season.