Dermot Weld, Aidan O'Brien and Ger Lyons are all set to unleash some of their smart three-year-olds in Foxrock this weekend 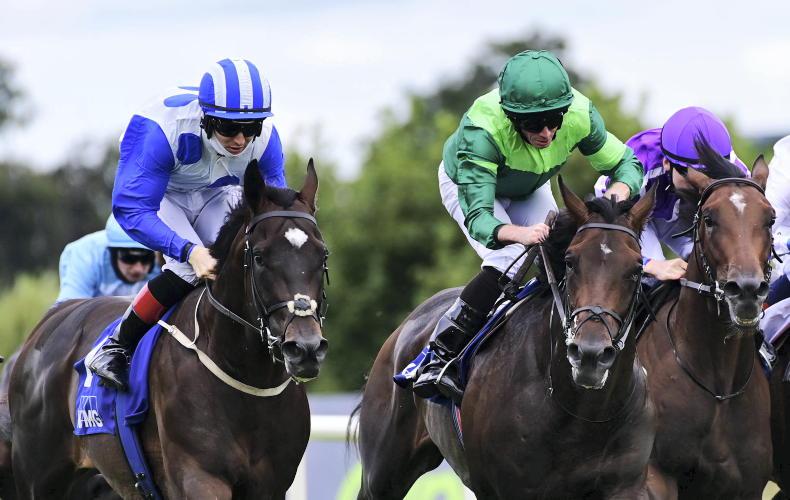 Attention turns to the flat this weekend when a number of classic contenders will announce their credentials in the Ballylinch Stud 2,000 and 1,000 Guineas Trials and the P.W. McGrath Memorial Ballysax Stakes at Leopardstown.

The Ger Lyons-trained Group 1 runner-up Dr Zempf, who holds an entry in both the English and Irish 2,000 Guineas, heads the potential field for the listed Ballylinch Stud Red Rocks 2,000 Guineas Trial.

The son of Dark Angel was narrowly touched off in the Keeneland Phoenix Stakes last year and looks an exciting colt to mix it in some of the big races this year for Lyons, who has a strong hand on the day.

Impressive Naas maiden winner Pearle D’or is a Moyglare homebred who opened his account last October on his only start and he is one of a dozen entries for the first of Saturday’s three trial races.

Opposition to Weld’s son of Starspangledbanner includes five colts who have earned a rating of at least 100, among them course and distance winner Glounthaune who triumphed in the Killavullan Stakes for Aidan O’Brien last term.

“Glounthaune is going very well and showing plenty of pace,” said the trainer.

"America (Breeders’ Cup) was probably too quick for him, Ryan said he couldn’t get him organised and he was too green on the track but he’s going well. We were playing catch-up all last season, he’s a big horse, but he could be one for the French Guineas.”

In the Group 3 Ballylinch Stud Priory Belle 1,000 Guineas Trial Homeless Songs could be the Weld-trained and Moyglare-owned representative. The filly won her maiden at Leopardstown on debut and ran well in the Killavullan behind the aforementioned Glounthaune.

The Group 2 Debutante Stakes and Group 1 Moyglare Stud runner-up Agartha leads a strong potential team for trainer Joseph O’Brien and the 1,000 Guineas Trial is full of depth with the Ger Lyons-trained duo of Panama Red and Sacred Bridge on course to begin their campaign, while Aidan O’Brien could potentially give regally bred Only her competitive debut.

Speaking on Tuesday afternoon, Weld said: “The present plan would be to run Duke The Sessa in the P.W. McGrath Memorial Ballysax Stakes and Home Of Songs in the Ballylinch Stud 1000 Guineas Trial.

“They have both come through the winter nicely after doing well as two-year-olds and they will both progress for their first run too.

“At this stage, I’m happy with both horses and they would be definite runners at this stage, ground permitting.

Duke De Sessa is one of 12 entries for the P.W. McGrath Memorial Ballysax Stakes. The Leopardstown winner has the option of an Irish 2,000 Guineas tilt or either the English or Irish Derby as do many of Saturday’s potential rivals.

A very strong selection of entries for Ger Lyons this weekend is complimented by the unbeaten Atomic Jones who added to his Curragh maiden winner by scoring in the Group 2 KPMG Champion Juvenile Stakes on Irish Champions Weekend. Atomic Jones will now carry the globally familiar colours of the Beauty Stable partnership this weekend having been sold following that Leopardstown win.

Aidan O’Brien’s quest for a fifth straight win in the P.W. McGrath Memorial Ballysax Stakes is likely to be spearheaded by Bluegrass who is joined by stable companions Scriptwriter and Temple Of Artemis.

“Bluegrass might run in the Ballysax. He was just a bit green at Newmarket, it took a while for the penny to drop, he has a lazy way of going. He didn’t run too bad in the Zetland after never travelling. Newmarket can be like that if you don’t know your job,” said the champion trainer.

Both of O’Brien’s sons, Joseph and Donnacha will be keeping their father up to the task in this Group 3 however. Joseph could saddle the Galway maiden winner Buckaroo, while Donnacha’s Eyrefield Stakes runner-up Piz Badile is an interesting contender on what promises to be a brilliant day of Flat racing. 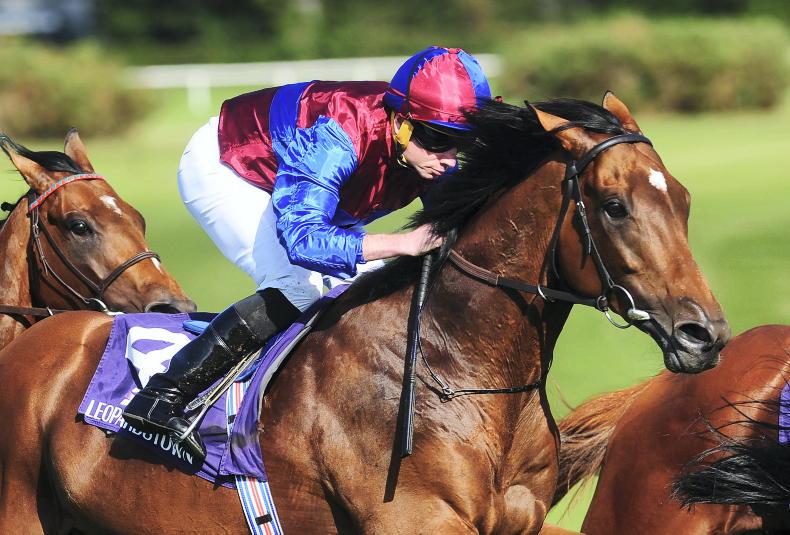 Ronan Groome
RACING CENTRAL: Are we about to see Aidan O’Brien’s greatest achievement?
Ronan Groome sets the scene ahead of an intriguing Prix de l’Arc de Triomphe at ParisLongchamp on Sunday 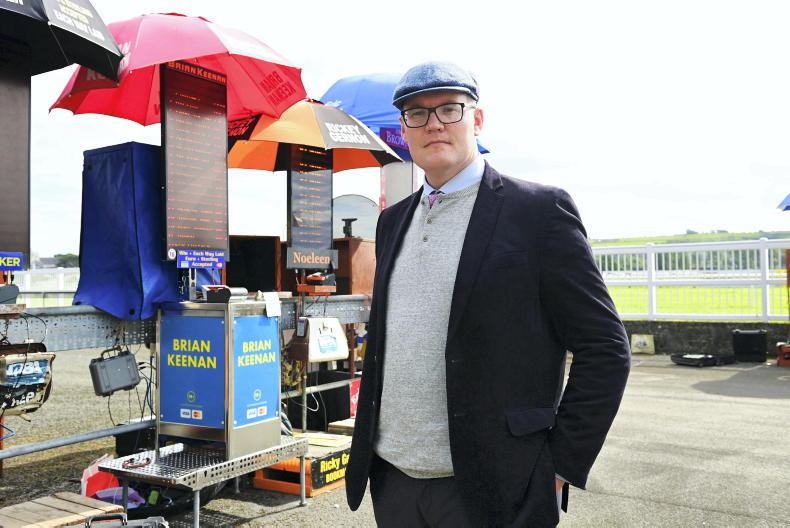