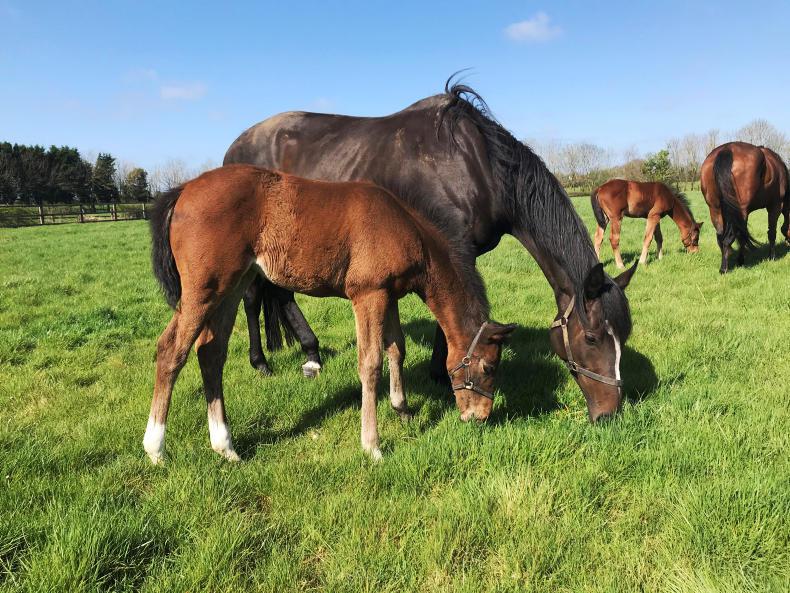 Mayhem and her filly foal at Knocktoran Stud 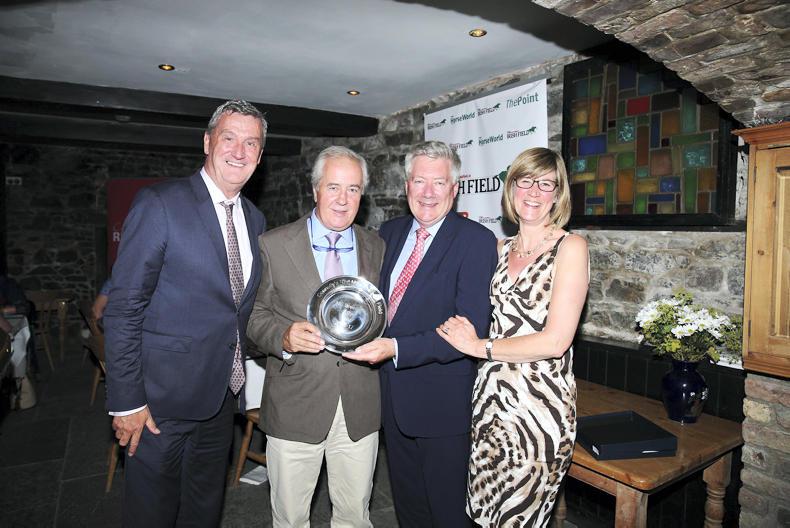 FEW pictures gladden the heart than a foal and her dam enjoying the sunshine and some grass. The young lady captured here is a February 21st-born daughter of Sea The Stars (Cape Cross) and the Group 3 winner Mayhem (Whipper). She is the third offspring for Mayhem, and the first two have already caught the eye.

Mayhem raced for Anne Marie Hayes and currently resides at her and Brendan’s Knocktoran Stud. Winner of the Group 3 Prix Allez France at Chantilly and a listed race at Saint-Cloud, her placed efforts included running second in the Group 2 Qatar Prix de Royallieu at Longchamp on Arc weekend, beaten a short neck, and finishing third to the great Treve in the Group 2 Prix Corrida. In all she won five times.