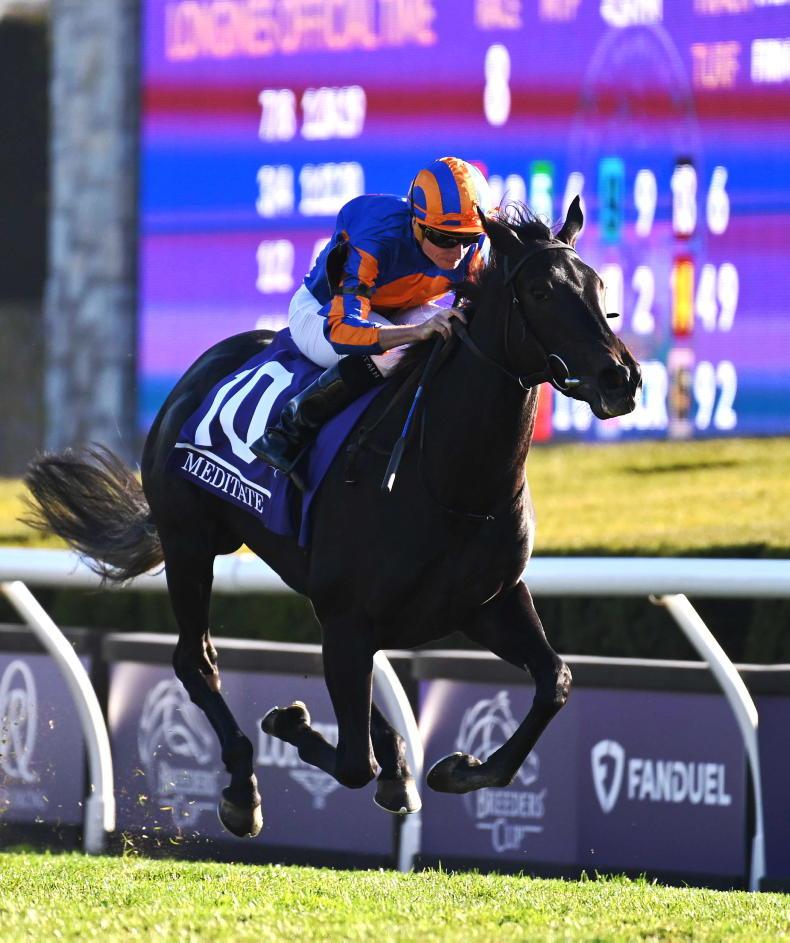 THE great racing and breeding powers of Godolphin and Coolmore were to the fore at this year’s Breeders’ Cup, and what a bright future lies ahead for the Ballydoyle juveniles, two of whom were major winners last Friday.

Then to cap a great weekend, Tuesday (Galileo) crowned her classic season with victory in the Grade 1 Breeders’ Cup Filly and Mare Turf.

Tuesday won the Group 1 Oaks at Epsom and was placed in the English and Irish 1000 Guineas, as well as being runner-up in the Group 1 Yorkshire Oaks. She is one of three Group 1 winners, all classic heroines, out of the dual Group 1 winner Lillie Langtry (Danehill Dancer), being preceded by her full-sisters Minding (Galileo) and Empress Josephine (Galileo), the former winning seven times at the highest level for Ballydoyle.

Last Saturday I wrote that Saxon Warrior (Deep Impact) was a first-season sire to celebrate, given that his achievements have been slightly overshadowed by his stud-mate Sioux Nation and by Havana Grey. Hours later, the Group 1 winning two-year-old and classic hero grabbed the headlines when his Trevor Stewart-bred son Victoria Road won for the fourth time in eight starts, adding the Grade 1 Breeders’ Cup Juvenile Turf to Group 3 and listed wins in France for Aidan O’Brien.

Victoria Road was a bargain buy by MV Magnier, costing just 115,000gns. He has now won £500,000 and is the best of five winners, all her runners, out of the dual Group 3 winning Tickled Pink (Invincible Spirit). That mare is a daughter of the Group 2 (now Group 1) King’s Stand Stakes winner Cassandra Go (Indian Ridge), and one of her 10 winners.

However, Tickled Pink is not the best runner produced by Cassandra Go, that honour going to Halfway To Heaven (Pivotal). She won three Group 1 races, namely the Irish 1000 Guineas, Sun Chariot and Nassau Stakes, and she is one of the best broodmares in Coolmore. Halfway To Heaven is the dam of dual Group 1 winner Rhododendron (Galileo), and she is now herself making a splash at stud, her son Auguste Rodin (Deep Impact) winning the Group 1 Vertem Futurity.

Halfway To Heaven is also dam of Rhododendron’s year younger full-sister Magical (Galileo). Seven of the latter’s 12 victories were achieved at Group 1 level, and with earnings of almost €5.5 million she is the third-highest money winner ever by her sire. Meanwhile, another Group 3 winner out of Casandra Go is Theann (Rock Of Gibraltar), and her best offspring is the dual Grade 1 winner Photo Call (Galileo), once sold for $3 million.

Three Group/Grade 1 winning juveniles in a season is the outstanding feat achieved by No Nay Never (Scat Daddy) after Meditate gave Aidan O’Brien a two-year-old double at the Breeders’ Cup when landing the Grade 1 Juvenile Fillies Turf. Winner now of five of her seven starts, her only defeats were when runner-up to Tahiyra in the Group 1 Moyglare Stud Stakes and to Lezoo in the Group 1 Cheveley Park Stakes.

Meditate was bred by Lynch-Bages and Rhinestone Bloodstock, and sold to Jamie McCalmont, on behalf of MV Magnier, for €360,000 at Arqana last year. She is the second winner from two runners out of Pembina (Dalakhani), a €400,000 purchase by BBA Ireland as a four-year-old at Goffs and one of eight successful offspring from the listed winner Mahalia (Danehill).

The eight are led by Group 3 winner and Group 1 runner-up Johnny Barnes (Acclamation), now at stud in France. Pembina’s other stakes winner was the Group 3 heroine Albisola (Montjeu), and she is grandam of this year’s Group 2 winner and last year’s Group 1-placed Purplepay (Zarak) who sold for €2 million at the 2021 Arc Sale.

The most successful of Mahalia’s daughters was Tonnara (Linamix), dam of a pair of Group 1 winners in Ectot (Hurricane Run) and the St James’ Palace Stakes winner Most Improved (Lawman). 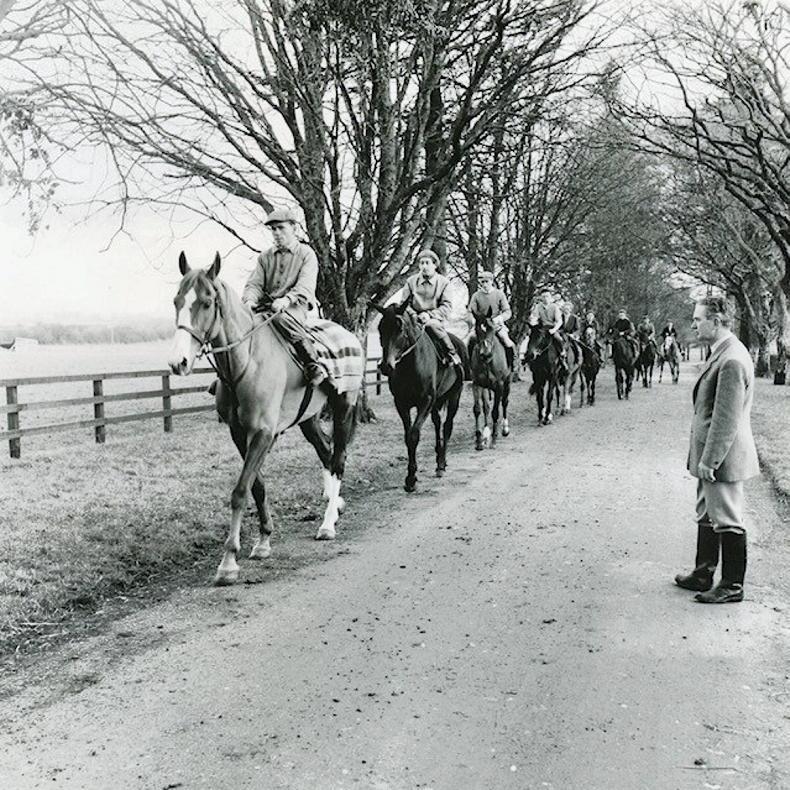 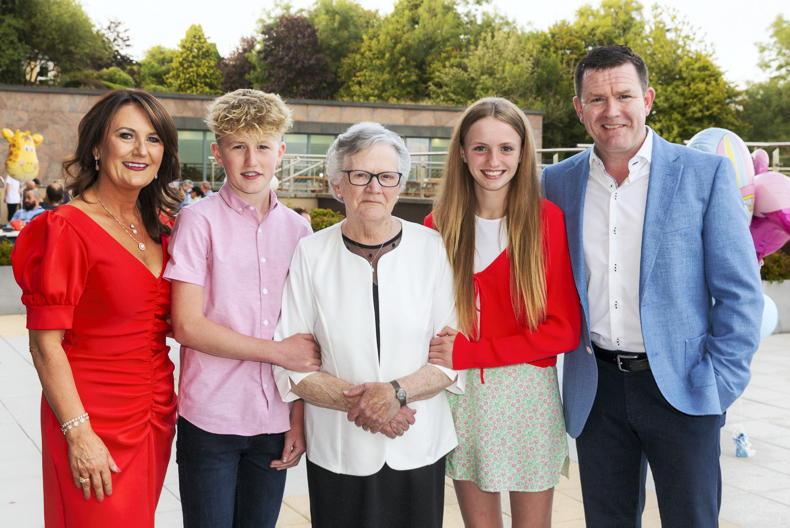 John O'Riordan
HEART OF RACING - JOHN BUTLER: "There must be a better way of doing things"
Sports physiotherapist John Butler talks to John O'Riordan about how a hurling injury led him to helping jockeys across Ireland and to a specialist rehabilitation facility at Ballydoyle 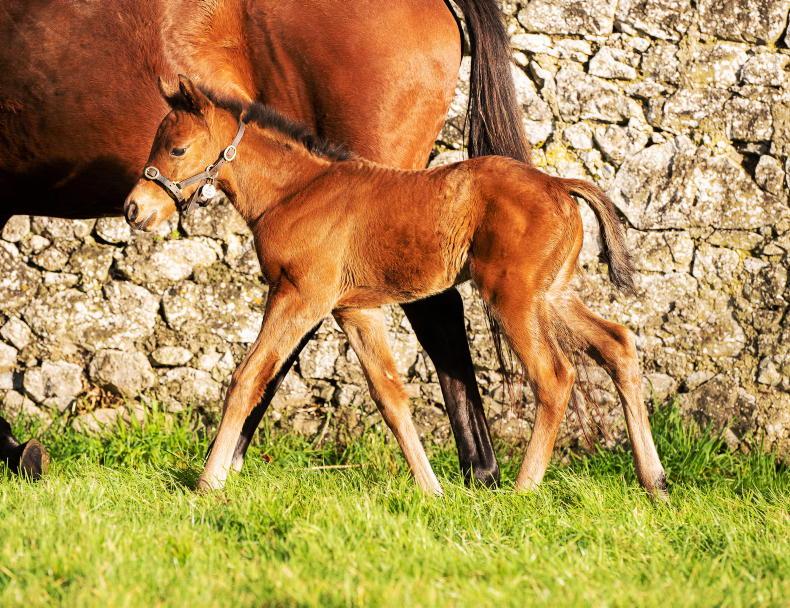 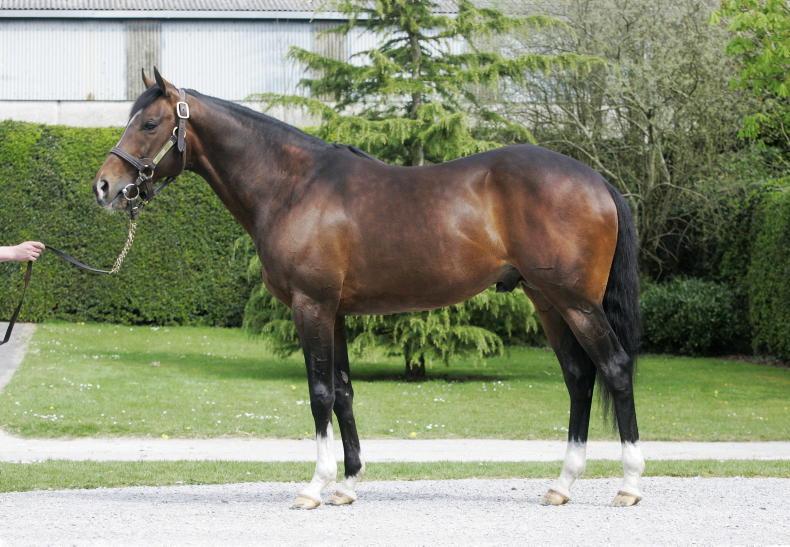 Irish Field Contributor
NEWS IN BRIEF: Bloodstock stories from the December 24th edition
The sire of Jezki and One For Arthur has died at Grange Stud. Meanwhile, another stallion no longer alive has had a couple of early winners