Title: BREEDERS' 10 - Alan Wheeler: Breed what the market is looking for 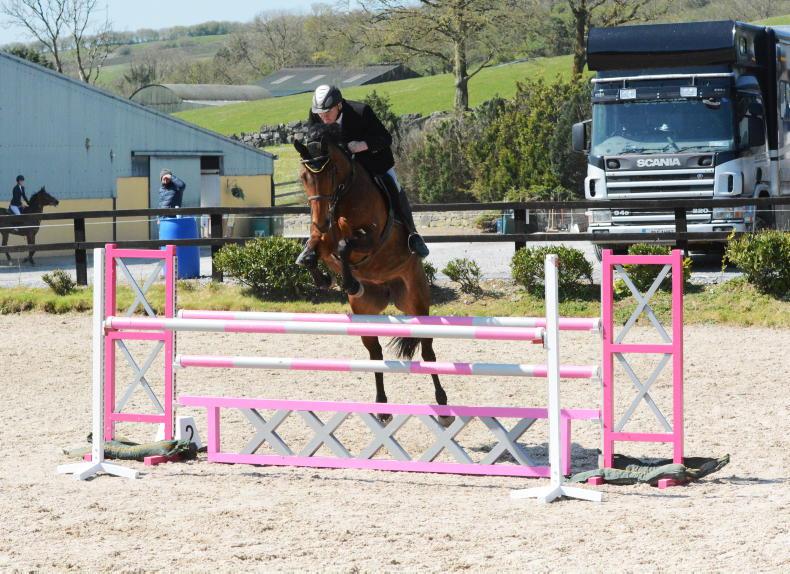 Alan Wheeler competing Prosecco, the Pacino half-sister to Check Your Pockets, which he plans to retain as a broodmare \ Marie Wheeler

I’M based in Patrickswell, Co Limerick. Horses have always been a part of my life and as a child I competed ponies and then progressed to horses. My father always had a hunter and later in life both my parents got involved with Show Jumping Ireland (SJI) as judges.

As good quality horses got hard to find, we decided to try and breed what the market was looking for. One of the first mares I used was Marie’s hunter Kilderry Dancer, by Bahrain, who bred successfully to Cavalier Royale. She went on to produce two broodmares for us and one of these, Cavelle, is the dam of Check Your Pockets.

1. Congratulations on breeding Cooley Snapshot (Kannan), the bronze medallist in the World Breeding Federation for Sport Horses seven-year-old event horses final at Le Lion d’Angers. You also bred another WBFSH young horse finalist, this time in show jumping, when Fernhill Check Your Pocket (formerly Check Your Pockets) competed at Lanaken two years ago. Was breeding this pair your proudest moment as a breeder?

Thank you. It was nice to see these two achieve this at the WBFSH breeding championships and to prove that their dams justified being kept as broodmares.

2. Tell us about breeding Cooley Snapshot. And at what age did you sell him?

I bought his dam Anabee Arkansas (VDL Douglas x Porsch) as a yearling from her breeder William O’Sullivan. As a three-year-old she was placed in the Millstreet Young Irelander and I then went on to compete her up to 1.30m level before starting to breed from her.

Her first two foals – Hilton Humdinger and Kappo Chino – were by Pacino and her third foal was Cooley Snapchat, by Kannan. She also has a six-year-old eventing in America: Quick Quality, by Future Trend, who finished in his last three two-star events on his dressage score.

Quick Quality, Cooley Snapchat and one of the Pacinos were sold as three-year-olds.

3. Do you still have any relatives of Cooley Snapshot and Fernhill Check Your Pocket?

4. You’ve a natural advantage by show jumping your mares yourself before deciding whether to cover them. Do you find this pays off for you by giving you an idea of their ability and broodmare potential?

Competing the mares gives you a good idea of the temperament, ability, and soundness as these are traits you would like to have right for a broodmare.

5. You’ve another advantage in keeping production costs down in that you’re a farrier. Describe your ideal foot and are you seeing more or less of that ideal type?

I think modern breeding has improved conformation and with that comes soundness. Generally, we appear to be moving away from low heels, flat feet, which are susceptible to bruising, etc.

6. With an increased focus on X-rays, do you think correct feet are becoming a more important factor for sport horse breeders?

Feet would be something you are always conscious of in both the mare and stallions when it comes to breeding.

7. A third advantage for the Wheeler household is your wife Marie is an accountant. Even if horse breeding is a sideline or labour of love for most, do you think it’s worthwhile knowing what the account books look like at the end of the year?

Sometimes you are better off not knowing! But at the end of the day horses have to account for themselves financially, but that does not always come about.

Marie and I make up the small team that keeps the small operation going. We have great back-up from my parents Norman and Liz Wheeler, who live next door.

9. You’re based in a part of Ireland steeped in hunting. What effect will the doubts over insurance cover availability have on businesses that depend on hunting, either to a large or some degree, in your area?

At the moment it is putting everything on hold. In the long-term it will affect all businesses: hotels, feed companies, vets, farriers, trade for hunters, hirelings and many more businesses. Hopefully a solution will be found sooner than later.

10. Any suggestions on shopwindows for young Irish Sport Horses?

Just a thought for Horse Sport Ireland: in their upcoming loose jumping classes, would two- and three-year-olds be a better choice than three- and four-year-olds, as the four-year-olds could have competed all year under saddle?

In two months’ time, the two-year-olds will be three and it would be a nice introduction for them as most of them would be aiming for the young horse classes in eventing and jumping.