Title: AUSTRALIA: Think It Over a triumph for Rawiller 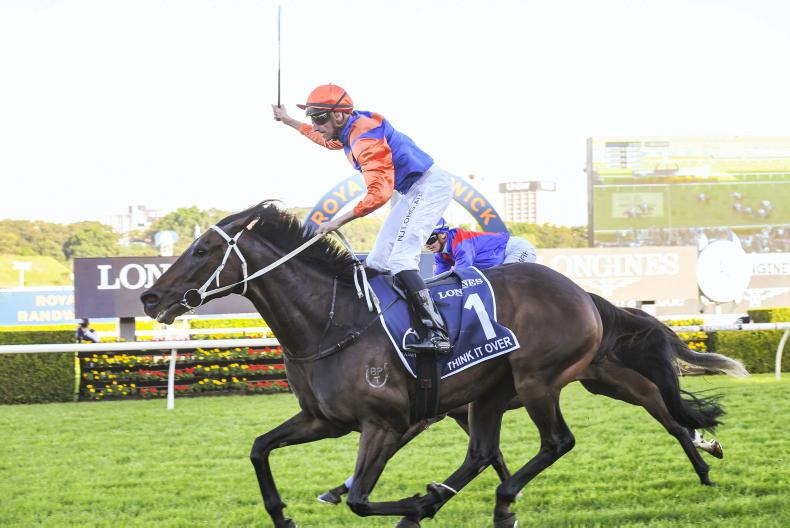 NASH Rawiller produced one of the boldest rides seen at Randwick in many years to win Saturday’s A$4 million Group 1 Queen Elizabeth Stakes over 2,000 metres for trainer Kerry Parker.

In an all-in move, Rawiller aboard the So You Think six-year-old Think It Over came part-way around the final bend before heading straight to the outside rail in search of better ground.

Second on the bend, at the girth of the leader Zaaki it was a tactic that could have backfired spectacularly considering the amount of extra ground required to cover in order to find the outside rail.

Switching the whip to his right hand, Rawiller rode for dear life, slowly but surely hauling in the last start A$5 million All Star Mile winner as Verry Elleegant struggled to keep up in the heavy ground.

“I had a look at it earlier but I thought I’d be too far away from it (the fence) to try it,” said Rawiller. “You keep 100 things in the back of your mind and when you call on them it’s just instinct. You don’t think about it, you just do it.

“For my bloke, it was like going from a heavy 9 to a slow 6 which he can handle. I thought he was going to run a good second, but when he hit that fresh patch of grass, away he went.”

Overhauling a two-length deficit, Think It Over got there in the shadows of the grandstand to win by a half-length from the Leroidesanimaux gelding with the Irish-bred Mount Popa a further four lengths away.

The win was a third Group 1 for Parker who admitted he had to stay positive for his owners despite knowing his horse’s dislike for very heavy ground.

“I said to the guys ‘we haven’t given up the ghost just because it’s wet and we can’t win.’ We know this horse tries so hard, and so does Nash, and the team is just so overwhelmed.”

Parker later revealed that Melbourne was very much the plan now for Think It Over. “We will send him for a good spell now and head down that weight-for-age path with him in the spring with a focus on the Cox Plate,” said Parker.

“The Melbourne Cup is there at the back-end as an option if we wanted to as well. That’s why we ran him in the (2,400 metre Group 1) Tancred, knowing that he would qualify under the conditions if we were to run top five, which he did. We needed to get the prize money up over the trip.”

So You Think to the top

OFF the back of a remarkable Championships Day 2 raceday at Randwick where progeny of Coolmore’s So You Think won three of the four Group 1 races on offer, the son of High Chaparral has ascended to the top of the Australian Sires’

Premiership, edging ahead of I Am Invincible with four months remaining in the season.

His 120 winners of 185 races have netted over A$15.71 million in earnings with Think It Over, his most lucrative stakes winner, amassing $5.615 million for his connections. 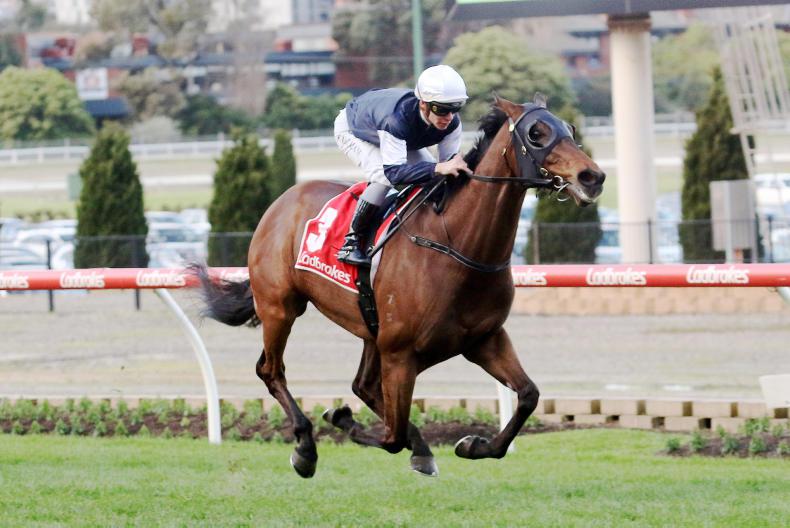 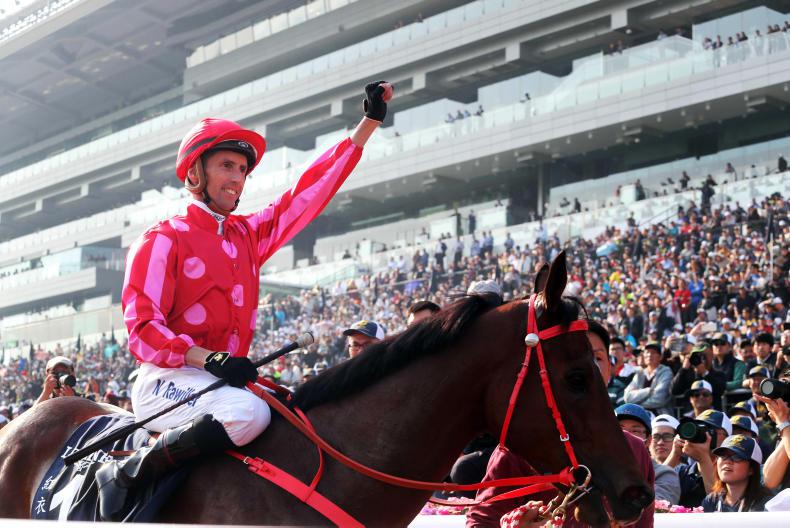 HONG KONG: Nash Rawiller banned
Nash Rawiller has been banned for 15 months for receiving cash or gifts for providing tips in respect of horses he rode 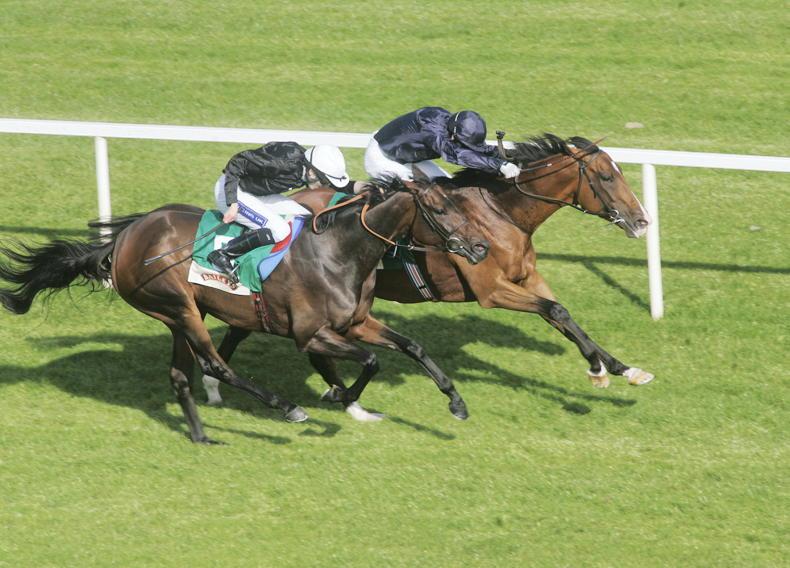 LOOKING BACK: Four of the best at Leopardstown
Leo Powell looks back at the winners of the Group 1 races at Leopardstown from this weekend 10 and 15 years ago 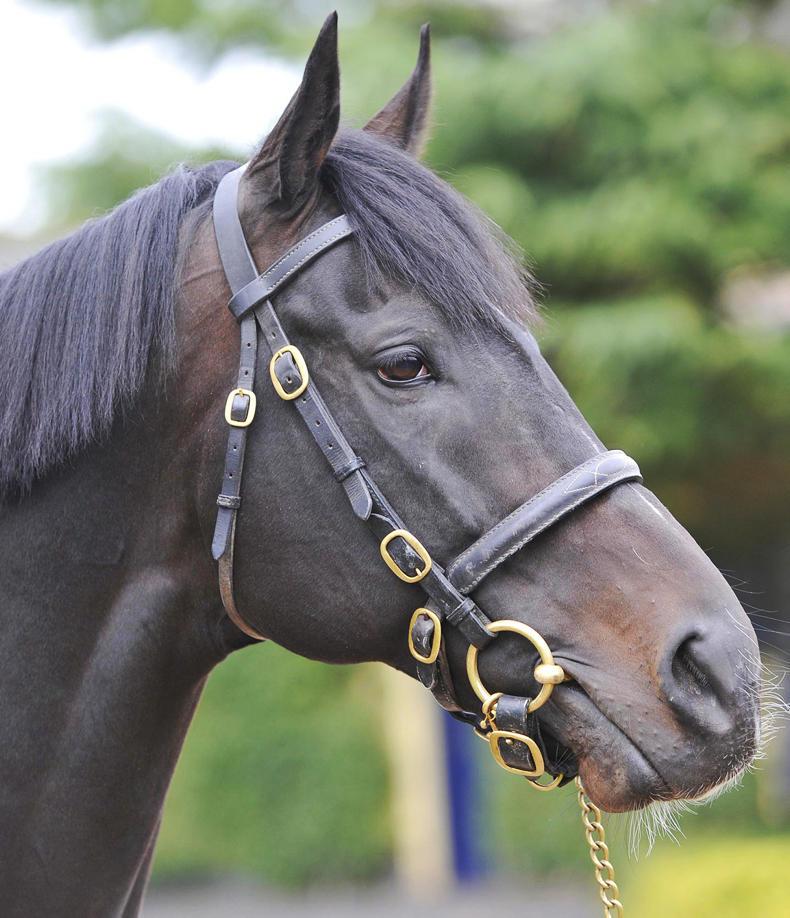 BREEDING INSIGHTS: Jane shines for So You Think
Leo Powell reports that So You Think's star shines brightly down under, despite his failure in Europe