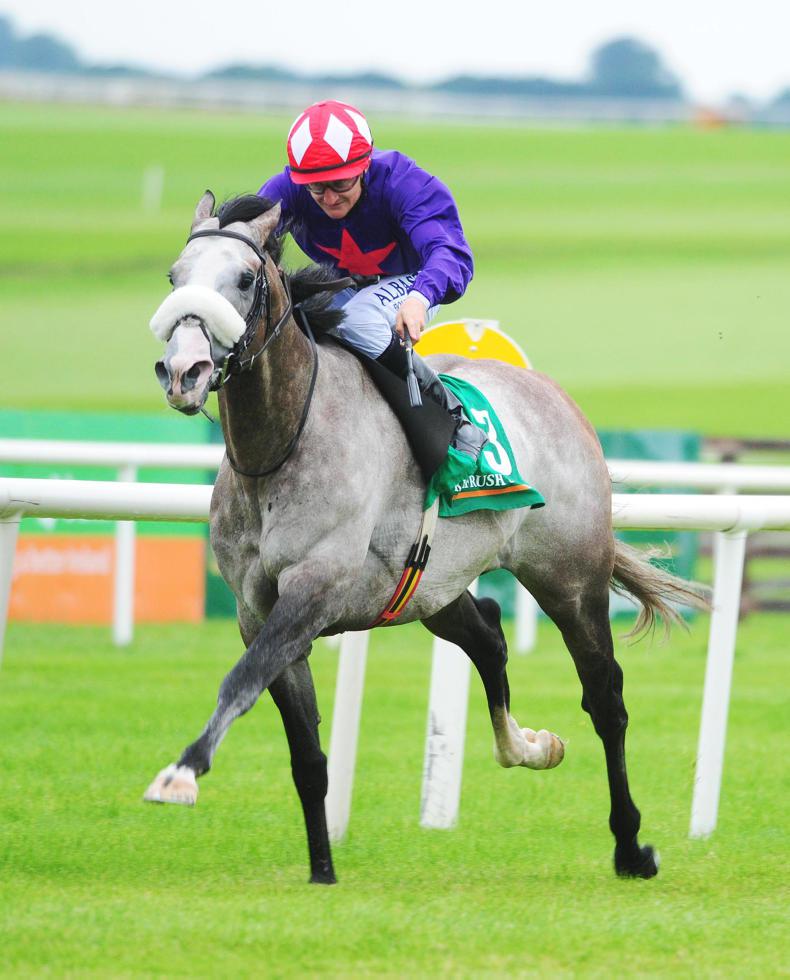 Success Days and Shane Foley held on for a narrow win in the Group 2 feature at York PHOTO: healyracing.ie

THE admirable Success Days enjoyed a well-deserved day in the sun after producing a tremendous front-running display in the Group 2 Sky Bet York Stakes.

Ken Condon's pride and joy looked a serious classic contender after winning both the Ballysax Stakes and the Derrinstown Stud Derby Trial a couple of years ago, but suffered a serious injury in the Derby, won by Golden Horn.

A listless effort in Germany on his comeback run later that year suggested his career may be in jeopardy, but he has been a model of consistency in the last two seasons, beating Champion Stakes winner Fascinating Rock and chasing home Arc heroine Found along the way.

Victories have proved difficult to come by, but with the rain-softened ground in his favour, the five-year-old grey was the 3-1 favourite for York's 10 and a half-furlong feature.

Shane Foley set the fractions in front and while the globetrotting Mondialiste finished with a real flourish, Success Days refused to bend and clung on by a nose.

Condon said: "To be honest I thought we were booked for second half a furlong down, but he's really dug deep. He's such a tough and consistent horse. He'd been narrowly beaten in two Group 3s this year, but today was his day. He's at the ceiling of his ability now.

"Not many horses come back from what happened to him at Epsom. He fractured his pastern and had to have six weeks box rest.

"He's lightly-enough raced, but soft ground is important to him. I wasn't sure I was going to declare on Thursday, but to be fair to Anthea (Morshead, assistant clerk of the course), she rang me back at 9am and told me the forecast had changed."

Success Days holds an entry in the Juddmonte International back at York on August 23, but looks unlikely to make a return trip.

"He's a solid 114-rated horse and I'm not sure he'd be good enough to win a race like that, plus the ground will probably be quick here by then," Condon added.

"Champions Weekend at home is important to us. He's in the Irish Champion Stakes (Leopardstown, September 9) and there's also a mile-and-a-half Group 3 and the Boomerang Stakes over a mile.

"I wouldn't mind having a go at the Champion Stakes at Ascot if it came up soft, but we might have to travel abroad with him if he is going to win a Group 1.

"He went to Germany before and it didn't work out, but the race in Munich in November (Grosser Preis von Bayern) would probably suit him."

Nyaleti produces a fine performance to win the Princess Margaret Juddmonte Stakes by a wide margin at @Ascot under Ryan Moore pic.twitter.com/iMGUSFP2OA

Mark Johnston will consider his next move with Nyaleti after she produced a devastating display in the Group 3 Princess Margaret Juddmonte Stakes at Ascot.

Runner-up on her two previous starts in smart company after making a successful debut, Johnston's filly scooted away from her rivals in the hands of Ryan Moore after stablemate Rebel Assault led her in the early stages. Dance Diva stayed on but never threatened to get in a blow at the 2/1 favourite, who took the six-furlong contest by five lengths.

Moore said: "She kept on building all the way to the line, she was very impressive. She's been beaten by two good fillies (September and Clemmie, both trained by Aidan O'Brien), but this filly may have put up an improved performance today."

Nyaleti was given a quote of 25/1 for the Qipco 1000 Guineas with Paddy Power.

Johnston said: "It's always hard to tell how form compares when there is nothing she has met before. Ryan has never ridden her before, but got off and said he thought that was an improved performance based on having beaten her twice.

"My gut feeling is it is a significantly improved performance as well. I was so impressed with how she had everything at it with a quarter of a mile to go.

"Rebel Assault led them a fair old pace and has probably run as good a race as she has ever run, but it was the way Nyaleti could coast at that pace and go on.

"There was concerns about the ground and the trip in that perhaps she is better over further. Ryan did say he would rather ride over a mile than six again and that seven would be ideal. He said she would get a mile before the end of the season.

"The Lowther (at York, August 24) is not out of the question, but we will take heed at what he said for sure."

Asked about the Guineas, Johnston said: "Anything of her type, a group-winning two-year-old, you have to be thinking of the Guineas, and I was thinking that before today, even though she wasn't a group winner then. We do dream she is in that class."

Connections of the Richard Fahey-trained Dance Diva indicated they, too, could go to the Lowther next.

"To be honest, we are very happy. We think we have run into one," said Chris Richardson, racing manager for owners Cheveley Park Stud. "She handled the ground well. She is a nice filly and we are pleased with where she has finished.

"I still think she is a bit green. She had her ears pricked and is still mentally immature. She was a little bit on her toes in the parade ring and didn't want to go under the arch. We could possibly go for the Lowther." 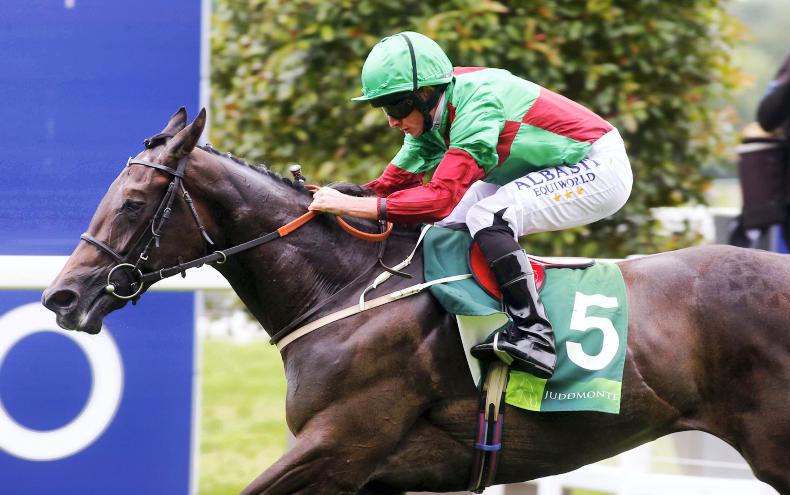 GERMANY: Nyaleti takes it easy
Nyaleti was clearly by the best horse in the German 1000 Guineas and the winning margin of four and a quarter lengths reflected this 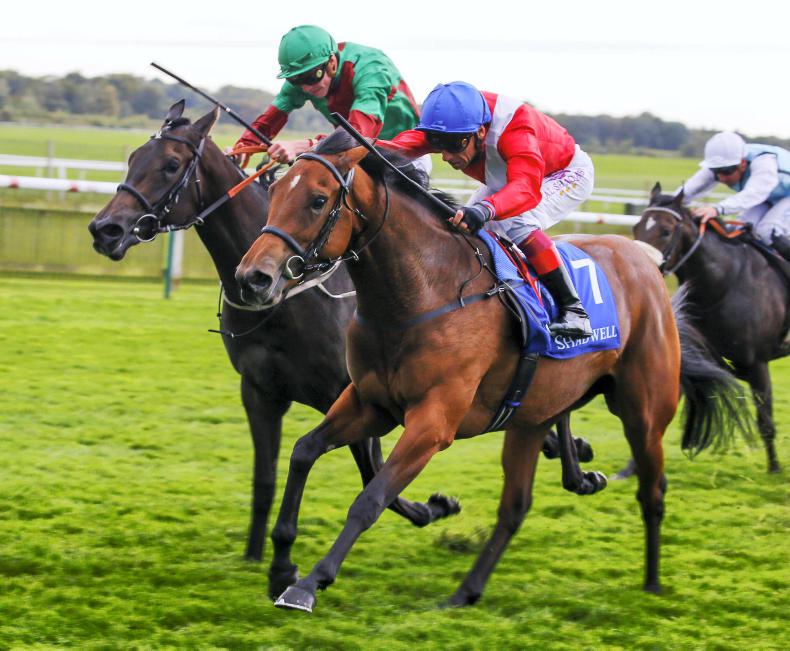