Title: VIDEO: Gear Up back to form at Leopardstown

The former Group 1 winner landed the feature race on Thursday evening, and the runner-up is one to note too 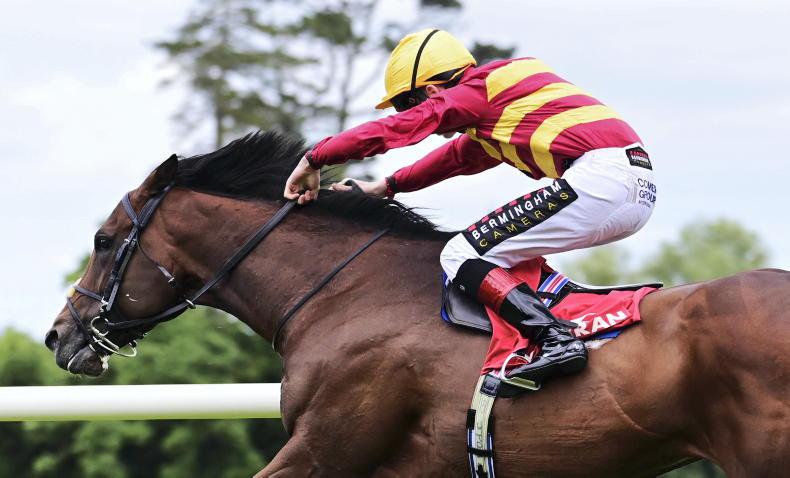 Gear Up led home a Joseph O’Brien-trained one-two in the Grant Thornton Ballyroan Stakes at Leopardstown on Thursday evening.

Gear Up under Dylan McMonagle just holds on to win the Group 3 Grant Thornton Ballyroan Stakes with Cleveland making it a one two for trainer Jospeh O'Brien. ??
@GrantThorntonIE @JosephOBrien2 pic.twitter.com/zPEVtdJOCE

Ridden by Dylan Browne McMonagle, the former Group 1-winning juvenile got first run on Cleveland in the mile-and-a-half Group 3 feature, holding him at bay by a neck. Winner of the Chester Cup for Aidan O’Brien, the latter was having his first run for his new yard.

“It was a good, tough performance. He’s been improving with each run all year and I’d say that’s as good as he’s been all year,” said O’Brien of the 4/1 winner.

“There is the Kilternan Stakes back here on Champions Weekend and he’s also in the Caulfield Cup.

“I’m not sure if he can do both. I think the quarantine may start before the Kilternan so it might be one or the other.”

He added of Cleveland, who was the mount of Ryan Moore: “I thought it was a great run.

“He had to be group-placed to qualify for the Melbourne Cup so I’m very pleased.”