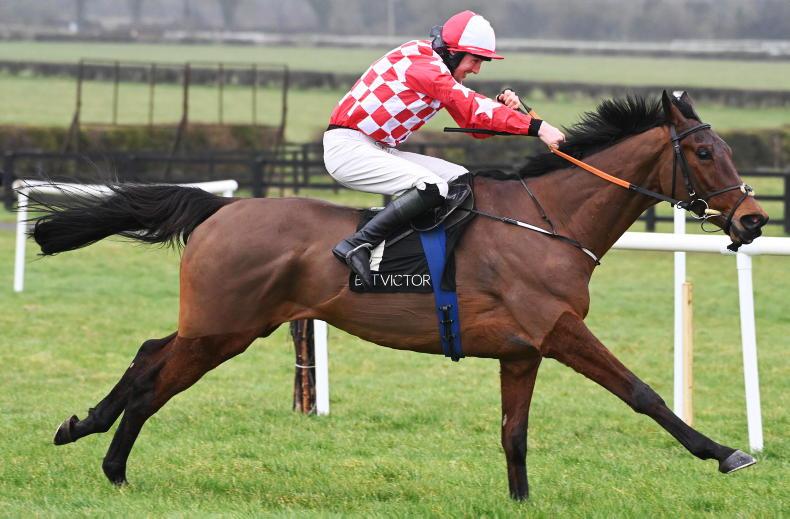 Flame Bearer lands the hat-trick, getting the better of Ha D'or in the Grade 2 Tom Quinlan Electrical Novice Hurdle for Jack Doyle and Pat Doyle pic.twitter.com/EgVW5r8fQu

Jack Doyle's mount was short of room in the home straight as he tried to get up the inside of Paul Townend on the leader Ha D'Or. Doyle finally switched out and got a clear passage but it was only in the shadow of the post that the 5/4 chance got to the front.

The incident was reminiscent of the maiden hurdle at Naas in January when Doyle and Flame Bearer unsuccessfully tried to pass the Townend-ridden Bronn on the inside.

? What are your thoughts on the events of Bronn's win at @NaasRacecourse?

Since that race, Pat Doyle's charge has won his maiden hurdle and now two Grade 2 events.

“He's some horse and he got me out of trouble there today,” said the winning rider.

“On that quicker his jumping probably wasn't as good, he's never jumped at that speed in his life and he'll have learned a lot again today.

“He's a horse with a very big engine. I got pushed in and then I had to try and get down Paul's inner but that was never going to happen.

“Once I got over the last and he got running I knew I was going to get there.

“He could go a long way. He's not the most straight-forward horse to train, he's had niggly issues, but he seems to be mature and he's doing things well now.

“He's doing things right at home and doing them on the track, he could go all the way.

“I'm at home with Dad the whole time now. I've been back for the last two years and kind of getting involved more in the training side of it.

“It's nice to have a fella like this to ride every so often.”

And despite being beaten by the reopposing Jeremys Flame on a couple of occasions this season, Dolcita was the even-money favourite to add her name to the roll of honour under Paul Townend.

Sent straight to the lead from flag-fall, the seven-year-old fenced fluently to keep the chasing pack at bay and looked likely to win decisively after seeing off Jeremys Flame after the home turn.

However, 25/1 shot Hurricane Georgie was not far behind jumping the final fence and finished the stronger of the pair, with Dolcita clinging on grimly by a head.

Jeremys Flame suffered a heavy fall at the final fence, but did eventually get to her feet.

Mullins said of the winner: “She was very brave and Paul was very brave on her. He decided beforehand that he was going to be very positive on her as he felt she was a good jumper.

“He wanted to make more use of that and hoped that the better ground would suit her, which I think it has.

“She’s a very game mare and she’s not afraid to have a good cut at her fences.

“When I saw the entries for the race I thought it was going to be tough to beat Jeremys Flame.

“I think our mare has improved all season and that’s paid off today. There is a Grade 2 mares’ chase in Punchestown that Elimay goes for and this mare will probably have to get an entry and join her.” 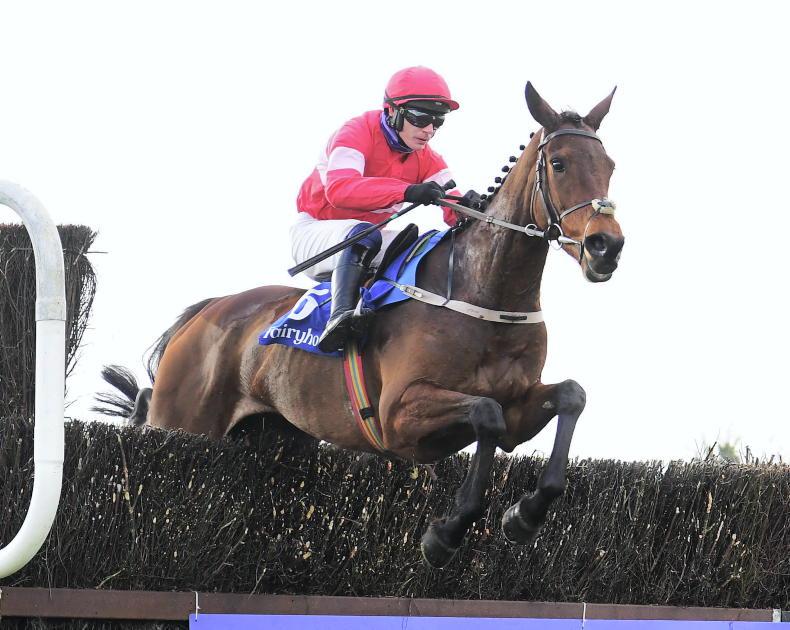 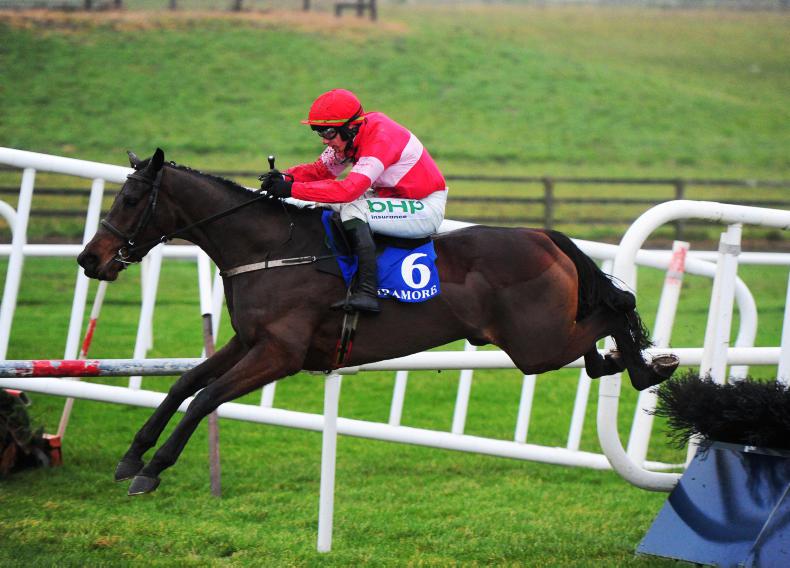 TRAMORE TUESDAY: Red letter day for Austin
Willie Austin trained the first double of his career with Red Lemonade and Highest Benefit, who he also bred 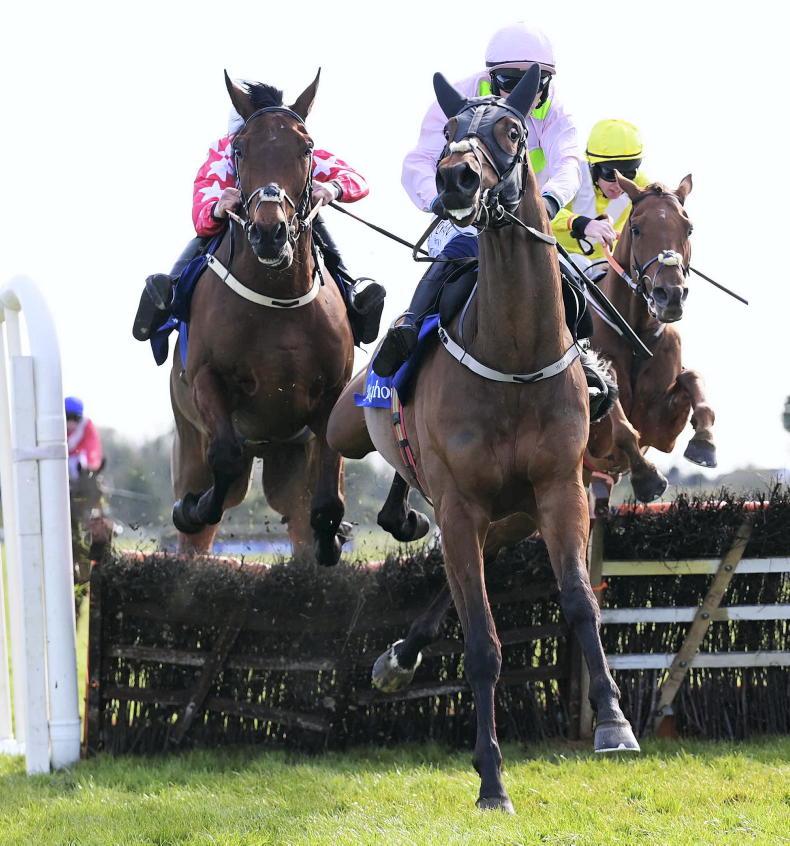 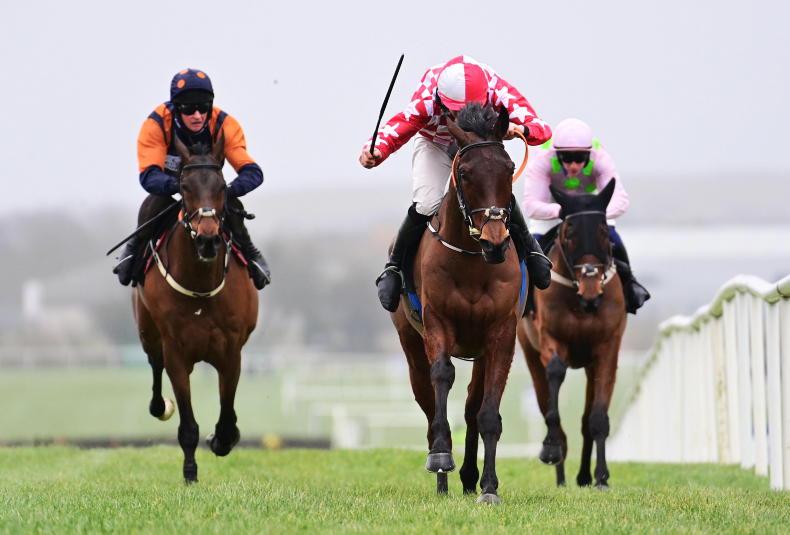