After 57 years working for The Turf Club/IHRB, mostly in the point-to-point sector, Bernard Smullen retired in May. He talks to Ronan Groome about his time in the game 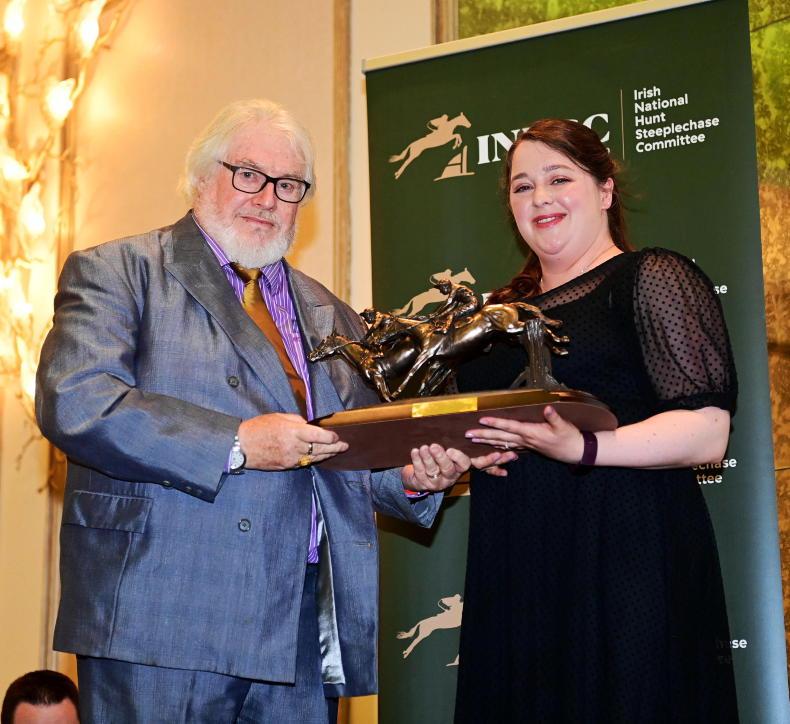 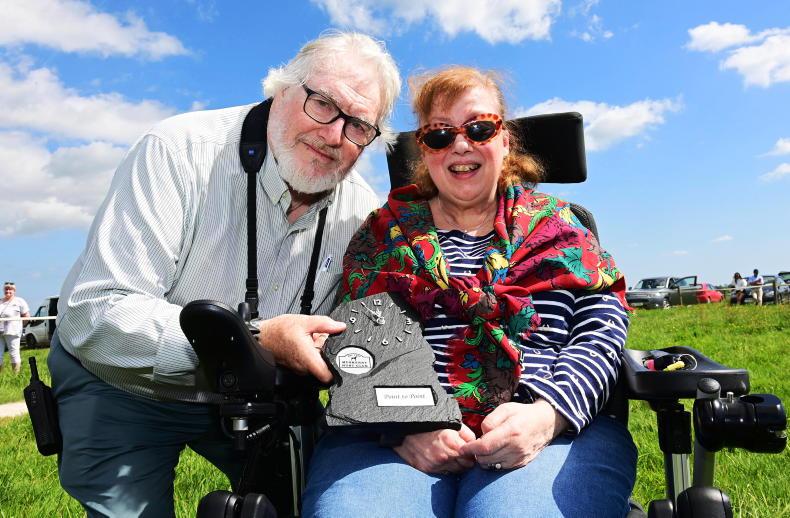 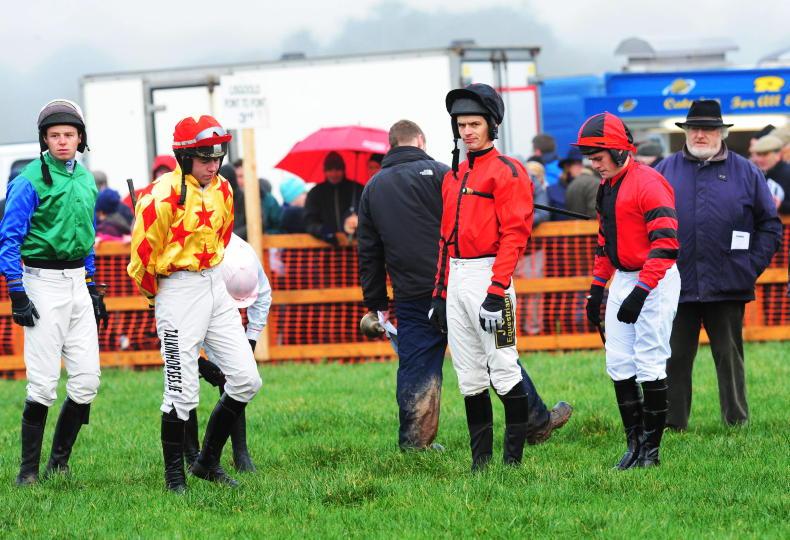 Gerry Mangan, Declan Queally, Eoin O'Brien, Rob James and Bernard Smullen wait on for an ambulance to arrive before they can start a race at Lisgoold point-to-point in 2015 \ Healy Racing 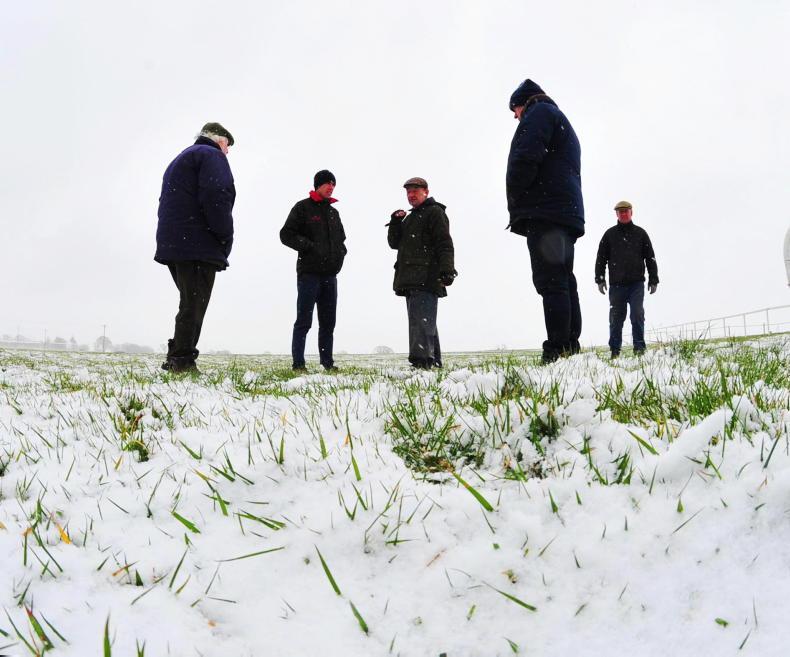 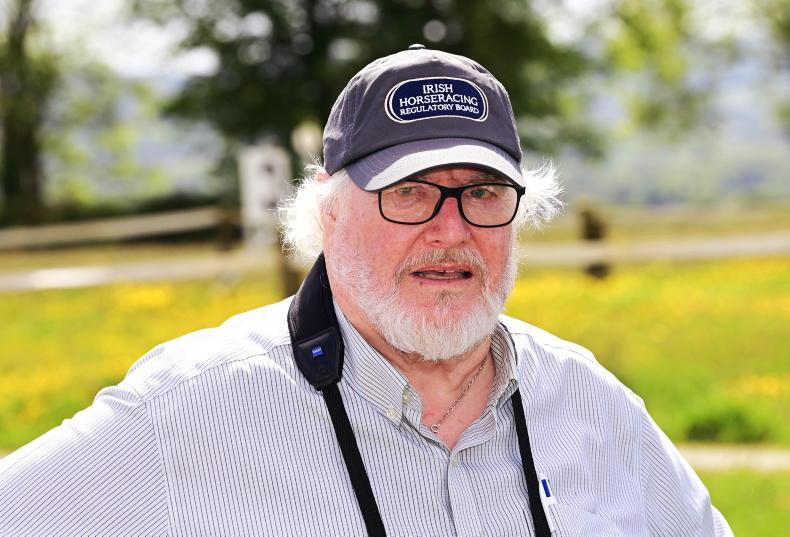 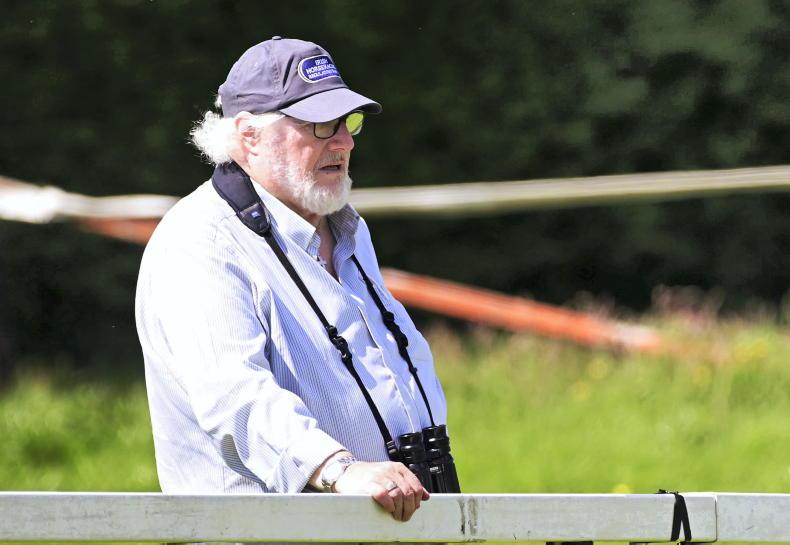 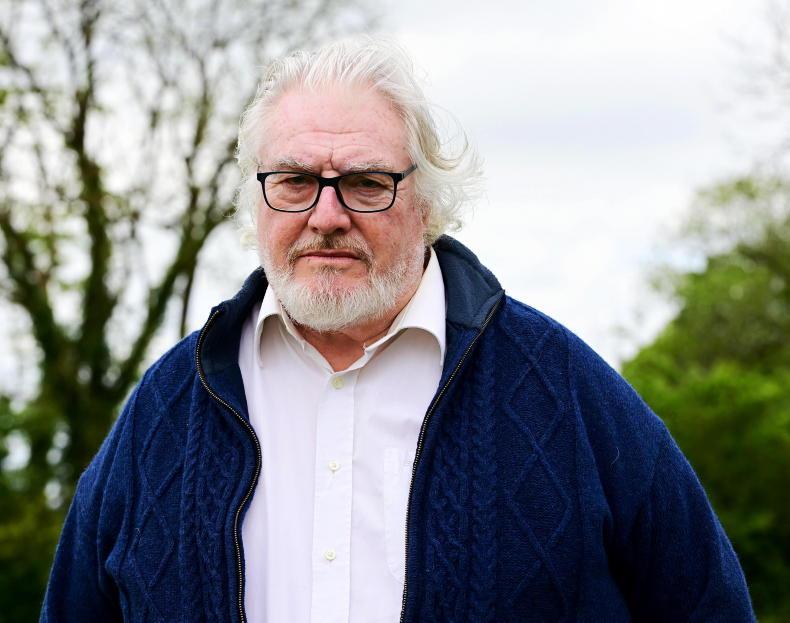 VARIOUS studies and data collections indicate that the current average length of a career is 37 years. The average time you spend at one job is said to be 4.1 years and typically, a worker could find themselves working for 12 different employers throughout their time in work.

It’s a dozen jobs for a life these days. That alone makes you fascinated with someone like Bernard Smullen, who stayed with the same employer, the Turf Club/Irish Horseracing Regulatory Body all his working life, which concluded at 57 years in May. Smullen joined the Turf Club at the age of 17 in 1957 as a runner in the office, before working in various departments and then specialising in point-to-points in 1978. He worked mostly as a stewards secretary and then a course inspector from 2006 until this year.

Generation Z and the later millennials would perhaps baulk at such longevity but this is par for the course for Bernard’s generation and you can only admire such dedication and commitment to an industry.

At the Point-to-Point Awards in June, Smullen and Mary Hickey, an entries secretary for the Cork & Waterford Association for 46 years, were honored with special awards.

Undoubtedly, racing needs more Bernard Smullens and Mary Hickeys. Martin O’Donnell, the 39th senior steward Bernard has worked for, made reference to that on the night of the awards, alluding that the passion shown for their vocation is the reason the point-to-point industry has been so successful.

Interestingly Smullen also gave an interesting insight when he said: “Some of the people I dealt with this season are the same I dealt with 40 years ago. What we need now is for you young people out there to come out and give your local committees a hand.”

More of these views later but first, we go back to the very start.

“I made a joke on the point-to-point awards night that I got fired from my previous job and ended up at The Turf Club, but in actual fact, it was a bit more complicated than that,” Smullen recalled this week. “My grandfather worked in the weigh room at the Curragh and he was ex British army in the First World War, and the senior clerk at the time was also in the British army in the First World War so they had a bit of a connection.

“I was actually looking to move jobs at the time, I was fed up with the job I was in and so my grandfather spoke to Jamesie Quinn, he was the man at the time, and then I got an interview and got the job.

“It was a totally different environment then. The Turf Club was based in Merrion Square, in a four story building with different departments on each floor. I started off as a messenger office boy, which they’d probably call a clerical assistant now I suppose. I was literally going around all the different apartments, up and down the stairs, I was certainly fit!

“It was quite daunting because you had a big boardroom where the keeper of the match book at the time was Captain Denis Baggallay. Lord Holmpatrick, who was the INHS registrar, was there as well so it was daunting in that way, because it took you a while to get to know the ins and outs of the racing industry. I wasn’t long getting to know how everything worked and then I ended up in the entries department, receiving entries and naming horses.

“Entries closed four weeks beforehand. When the entries came in you had to write them all out by hand and then check them back. Entries closed on Wednesday so it didn’t matter how many meetings you had, they all had to be done on Wednesday, and then they went up to the printers and back to you, when you had to proofread all of them.”

Smullen’s ground attraction to racing came via the Phoenix Park. He grew up in the Oxmantown/Stoneybatter area of Dublin and could walk down to the course in only a few minutes. He’d go down to the track with a few mates and easily recalls the great atmosphere. It was all very handy for him then, working in Merrion Square and going racing at the Phoenix Park, but it changed in 1976 when the Turf Club moved out to the Curragh.

Most of the Dubs like him followed, catching the train to Kildare station in the morning, getting a bus to the Curragh and then in the evening, they’d get a bus to Newbridge to get a train back to Dublin.

After about 18 months, Smullen moved down to Newbridge and it was around that time that he started to specialise in point-to-points, as the sector began to develop. He mostly worked as a stewards’ secretary at meetings until he took up the role of course inspector when more point-to-points popped up in 2006, with Val O’Connell unable to cover all bases.

“Back in the earlier stages, it was a lot different to what it is now,” Smullen recalls. “But it was always about people and building up a camaraderie with the people you worked with in the committee and the trainers and jockeys. You had to have a good relationship with everyone. Often we could have 12 or 13 races per meeting in the 80s.

“When that happened you’d have to have everyone in at the start and say this is the way it is, we’ve divided four races, and we’re going to go as fast as we can go. The trainers would agree with you and they’d get the horses turned around as fast as they could and the jockeys would turn around just as quick. You’d always get the full cooperation and everyone would pull together.

“With health and safety now, I don’t know whether a jockey would be allowed to ride 13 times in a day, the pure physicality of it, but that’s what it was like.

“I worked with some great jockeys. Adrian Maguire was a super rider, right from the start. It was great to see him go on and do what he did in England - he’s probably one of the best National Hunt riders never to win a title in England, but he was up against Richard Dunwoody.

“Then you had Davy as well, and most recently you had Rachael. To be honest with you, we would never have been able to call Rachael at the time because she had to scrounge around for rides in ladies races, so it was a big surprise but a brilliant surprise to see what she has done.

“Then you had Jamie Codd and Derek O’Connor around for such a long time. Jamie followed his brother William on and he was always a great rider. Derek was just a natural.

“When I was with Dermot McDermott, we used to take turns playing good cop and bad cop. One of us gave the blast and the other came in and put the hand over the shoulder. It usually worked well. Jockeys respected it. We earned that respect. Even listening to some of them talk now, they said, ‘if Bernard told you something, you listened to him’.”

Maybe that is still the case in point-to-points now to a certain extent, but the larger landscape has changed. What was once an endeavour defined by its grassroot qualities for riders and for its local sporting interest, is now far easily identified by its commercial impact. Of course the success of former Irish pointers on the biggest stages of National Hunt racing should be commended, but as David Christie said in this piece earlier this year, you cannot have one half of the point-to-point sector thriving and the other half in trouble.

“The insurance and all the fees have made it practically impossible for someone just to have a couple of horses around the place,” Smullen says. “That has made it difficult and also when the INHSC decided to add a fee onto the the licence, that was another extra cost, and it has become too much for the ordinary people just keeping horses for fun.

“You just don’t see the families that maybe have older horses to run around the place for the kids anymore. Before, often you’d find you’d have a horse running in point-to-points at four and he’d be still running away until he was 10, to give the children practice riding in a point. That is rare now. Everything has become more commercial and in a way, it’s sad because you’re taking away what point-to-point was meant to be originally.

“It was always local people getting involved and running their horses, having a few shillings on, getting their parishes involved. There are syndicates around now but that part of it is mostly gone.

“The overall insurance is going to be a big problem going forward. They can barely afford it as it is but the other main worry I’d have is how intense farming has become. Land is going to become more difficult to attain for a point-to-point. We’ve had a couple of tracks down here that are gone now.

“The original farmers were happy to lend their land but the next generation have come along and they’ve said ‘No, I want the land for this and that, and you can’t have it anymore’. In a way, you can see where they’re coming from. If you get a wet day, it could take months for the ground to be grazeable for cattle again.

“I could see the whole thing becoming more centralised. Look at Dromahane, they run seven to eight meetings a calendar year. Maybe that’s the future where we have lesser tracks holding more fixtures.”

Smullen acknowledges the improvements made to the older horse programme, the series of races with added prize money, but he’s not sure what else can be done to help the smaller operator in today’s point-to-point world.

Whatever the case, he’s not going to stop going, and though he’s retired, he’s not finished yet as he has been approached from several courses interested in using him as an acting steward.

“I’m told I’ll still be going to point-to-points because I can now bring my wife point-to-pointing whereas before I couldn’t, so she tells me that we’re going,” he says with a laugh.

“I hope that maybe I’ll go in some sort of capacity as an acting steward.

Point-to-points will always be better for his involvement in any capacity.