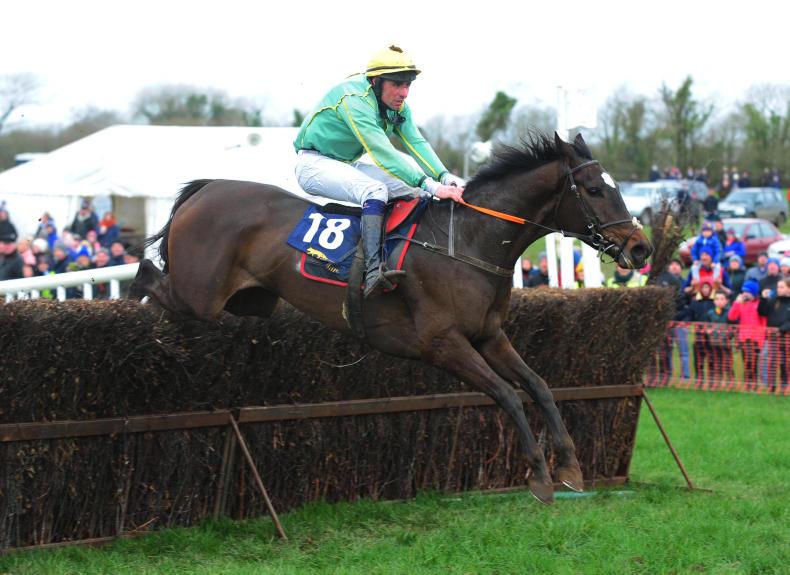 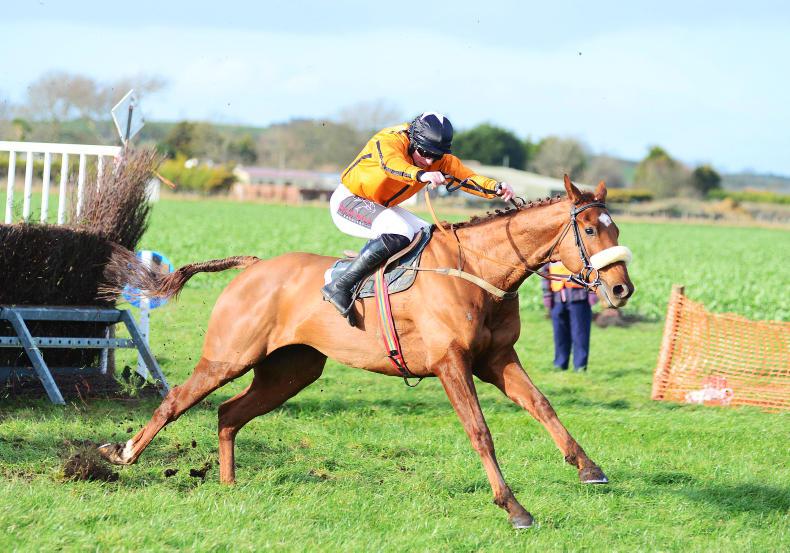 QUALITY horses in training and winning point-to-pointers are the main features of the Cheltenham February National Hunt Sale, to be conducted there by Tattersalls Ireland. Including some still unknown Wild Card entries, the company expects to have a catalogue of about 48 lots for the auction, to be held on Thursday, February 21st, at 1.30pm.

Among the stars sold in previous years are On The Blind Side, Master Of The Hall, Monbeg Dude, and Annacotty, who was bought here for only £30,000 and won the Grade 1 Kauto Star Chase at Kempton, the Grade 3 Paddy Power Gold Cup, and two other graded chases at Cheltenham.

Entries were still being accepted and details of the Wild Cards may be found at www.tattersalls.ie a few days before the sale.

Lot 2 FANZIO, 4yo b g by Day Flight. From RH Bloodstock. Won Newcastle hurdle on January 15th, third at Catterick, placed three times on flat in France. Dam half-sister to six winners of 19 races in France.

Lot 6 DONNIE BRASCO, 6yo b g by Buck’s Boum. From G & T Racing. Won in field of 13 at Alnwick on January 6th, his only start. Dam half-sister to winners in France on flat and over jumps.

Lot 8 WHATSUPWITHYOU, 5yo b g by Shantou. From Ballyboy Stables. Won by a distance at Tyrella on January 26th, close second at Tinahely. Dam winning half-sister to Dedigout (Grade 1 Champion Novice Hurdle).

Lot 13 TELMESOMETHINGGIRL, 4yo b f by Stowaway. From Milestone Stables.Won by three lengths at Ballinaboola on 3rd February, her only start. Half-sister to two winners. Grandam half-sister to Wahiba Sands.

Lot 14 CASEY JEM, 5yo b g by Jeremy. From Beechmount Stables. Won by a distance in field of nine at Tallow on 10th February, his second start. Dam half-sister to Casey Top (3 wins, second Grade A Galway Plate).

Lot 17 DEPLOY THE GETAWAY, 4yo b g by Getaway. From Monbeg Stables. Won by 20 lengths at Tallow on February 10th in field of 12, his first start. Family of Special Tiara (Grade 1 Queen Mother Champion Chase).

Lot 19 ZERO TO HERO, 4yo ch f by Arakan. From Bridgetown House Stables.Second at Ballinaboola on 3rd February, only start. Half-sister to five winners of 15 races.

Lot 20 OFFTHESHOULDER, 5yo b g by Gold Well. From Monbeg Stables. Won in field of nine at Cragmore on 10th February, his first start. Half-brother to five winners. Dam half-sister to two blacktype hurdle winners.

Lot 22 TAREESHAR, 5yo b g by Morozov. From Kingsfield Stud. Won in field of 10 at Oldtown on February 10th, second at Kirkistown other start. Grandam half-sister to dam of Aintree hunter chase winner Bells Life.

Lot 23 THEFLICKERINGLIGHT, 5yo b m by Flemensfirth. From Yellowford Racing. Won two races, at Ballyvodock on 3rd February and at Aghabullogue on 13th January, only starts. Dam half-sister to Grade 1 star Colonel Braxton.

Lot 25 BOLD ASSASSIN, 4yo b g by Golden Lariat. From Bernice Stables. Short-head second at Oldtown on February 10th, his first start. Grandam half-sister to Shannon Spray (11 wins) and Renagown.

Lot 26 AIN’T THAT A SHAME, 5yo b g by Jeremy. From Camas Park Stud. Short-head second of 18 at Kilfeacle on 27th January, only start. Dam half-sister to Bellator (Grade 2 Lightning Chase at Ascot).

Lot 27 IN TOO DEEP, 5yo b g by Malinas. From Monbeg Stables. Won at Belharbour by five lengths in field of nine on February 3rd. Dam half-sister to Stewarts House (Grade B chase winner at Leopardstown).

Lot 30 THE THREE WIZARDS, 5yo b m by Oscar. From Monasootha Stables. Won by eight lengths in field of 11 at Ballinaboola on 3rd February, her only start. Dam Longstone Lass won four hurdle races.

Lot 31 FADO DES BROSSES, 4yo b g by Balko. From Suirview Stables. Won by 15 lengths at Balharbour on February 3rd, only start. Half-brother to a winner. Dam won in France, half-sister to Sarah Des Brosses.

Lot 33 DO WANNA KNOW, 5yo b g by Frammassone. From Yellowford Racing.Second of 14 at Boulta on 20th January, his only start. Half-brother to winner in 2018. Dam half-sister to Mister Banjo (Grade 1 Finale Junior Hurdle). Lot 35 GOLD DES BOIS, 5yo ch g by Full of Gold. From Roefield Stables. Won in field of 10 at Kirkistown on 9th February, his second start. Half-brother to four winners in France, including dam of listed scorer Kensea.

Lot 36 WIDE RECEIVER, 4yo b g by Sholokhov. From Leamore Horses. Won by eight lengths at Cragmore on 10th February, his first start. Dam won over hurdles, half-sister to Alarm Call (four graded chases in France).

Lot 38 LOWTOWN CHARLIE, 5yo b g by Ask. From Newlands Farm. Second of 10 at Kirkistown on February 10th, his first start. Half-brother to two winners, from family of Monksland (three Grade 2 hurdles).

Lot 39 GOAHEADWITHTHEPLAN, 4yo b g by Stowaway. From Milestone Stables. Fell at the last when challenging the winner at Belharbour on 3rd February. Same grandam as Grade 2 bumper winner Blackbow.

Lot 41 ON THE SHORT LIST, 5yo ch h by Robin des Champs. From Baltimore House Stables. Won at Boulta in field of nine on December 9th, only start. Family of blacktype chaser Malya Mal.

Lot 42 WILLIE BUTLER, 5yo b g by Yeats, From Grange Stables.Second of 16 at Tattersalls Farm and third of 10 at Oldtown, his only starts. Half-brother to two winners. Dam winning half-sister to Auteuil Grade 3 hurdle winner Slim Pearl.

Lot 47 ACHY BREAKY HEART, 5yo b m by Milan. From Inch Stables. Won by 15 lengths at Tyrella on 26th January, third only other start. Dam half-sister to Chasing Cars (Grade A novice chase winner at Punchestown, Grade 2-placed over hurdles). 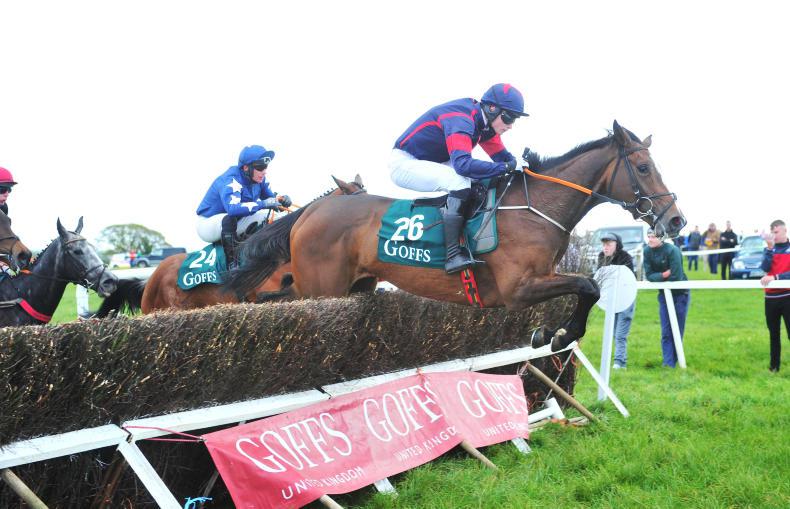 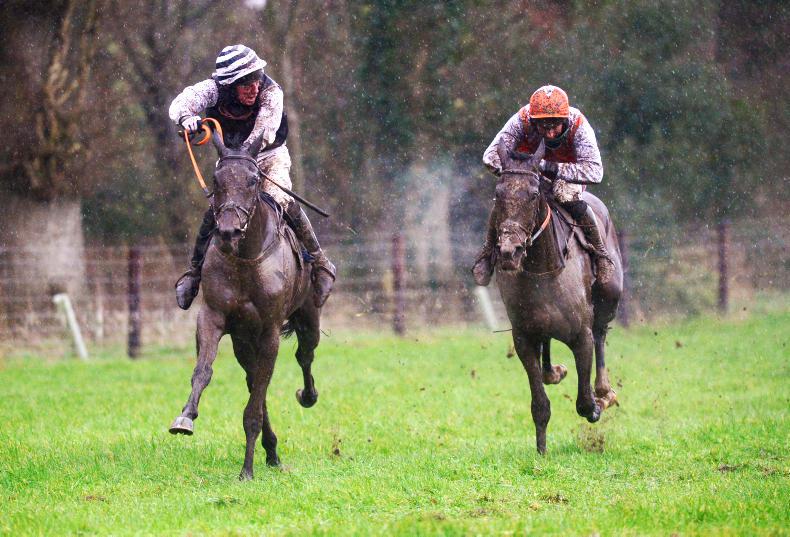 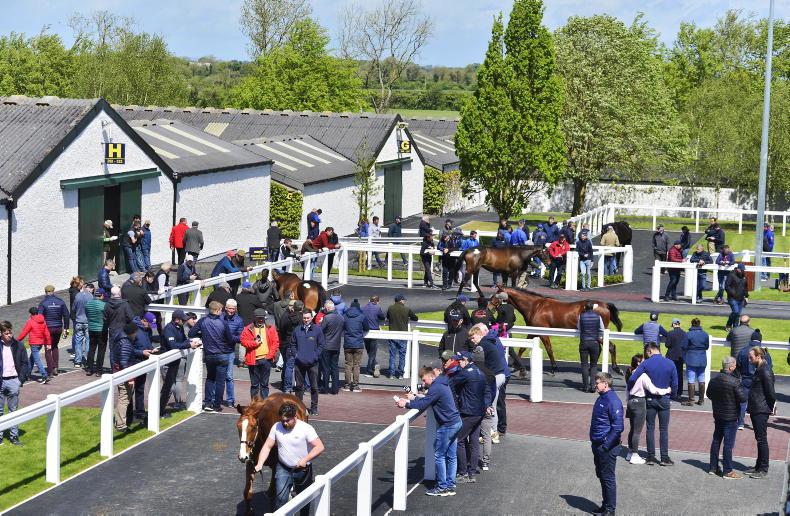 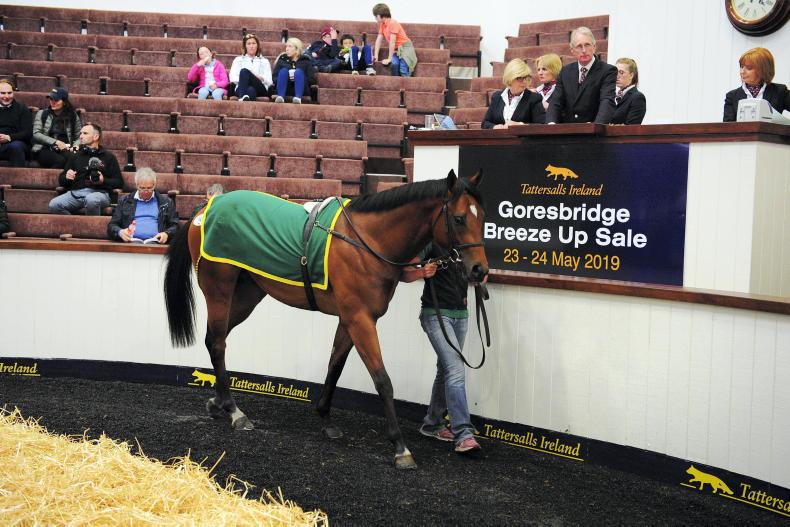