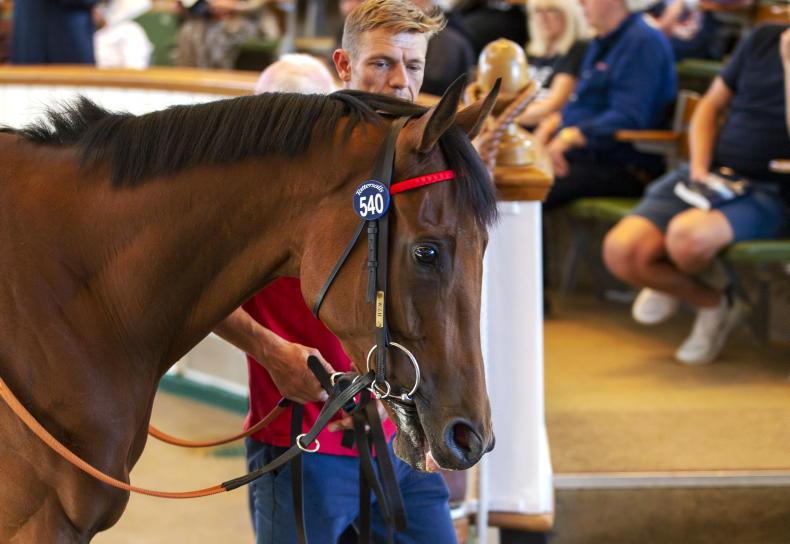 GRENOBLE was the joint top-priced lot on the second day of the July Sale, when an astounding 155 of the 157 horses on offer sold. The three-year-old gelding was consigned by William Haggas from Somerville Lodge, and bought by Mark Pilkington Management with William Johnson Bloodstock for 130,000gns. He will now head to Australia.

The son of Siyouni was bred and raced by Newsells Park Stud and finished second last time out at Epsom over 10 furlongs off a rating of 92. The son of Siyouni was a winner at two. He is out of Giants Play, a Grade 2 winner by Giant’s Causeway out of Playful Act who won the Group 1 Fillies’ Mile.

“He is a lightly-raced horse and comes into Australia with a rating that enables him to work through the grades,” said Will Johnson.

“He falls straight into Saturday class in Australia and, with prizemoney continuing to improve, there are plenty of options from him over a mile to 12 furlongs. Rather than always spending the big dollars on a horse who will land you straight into a Group 1, you can have a lot of fun working through the Saturday races and the listed and group stages.

“He is for Darren Thomas of Seymour Bloodstock who, along with his racing manager Mark Pilkington, identified the horse. I have helped them on the ground with inspections and organising the vetting and the finer details. We will have a bit more of a plan as regards the trainer when they wake up with the news they have bought the horse!”