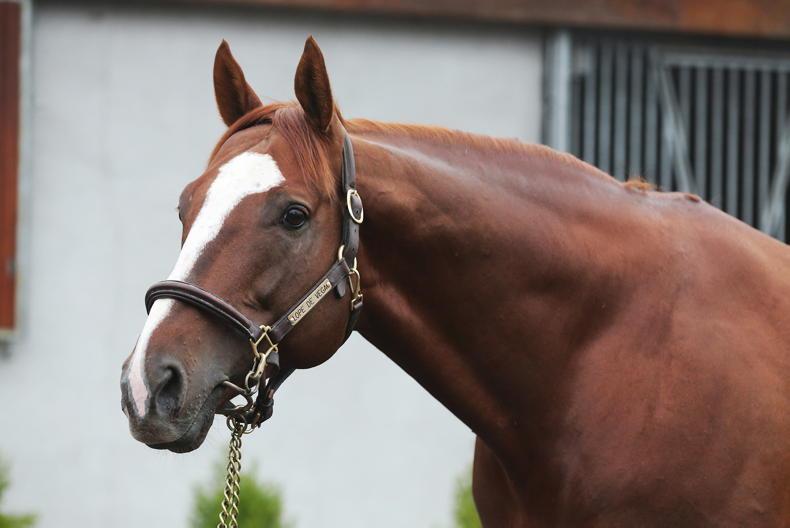 Lope De Vega: "We’ve been run off our feet taking applications for him this year." 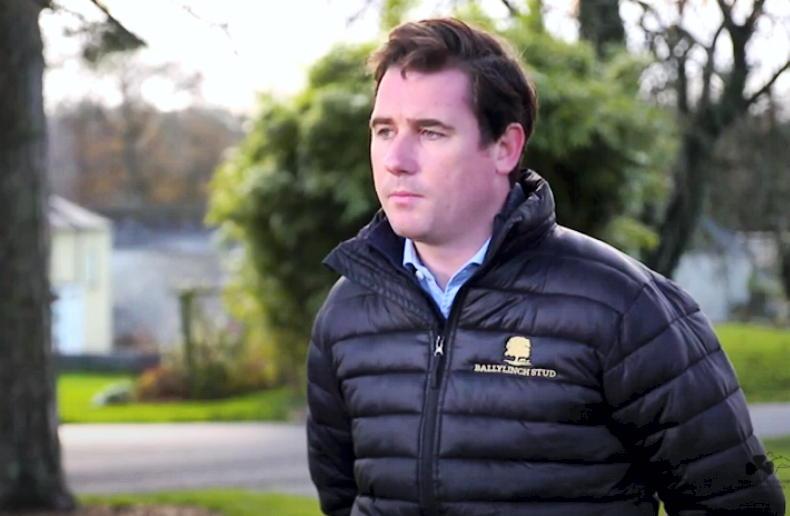 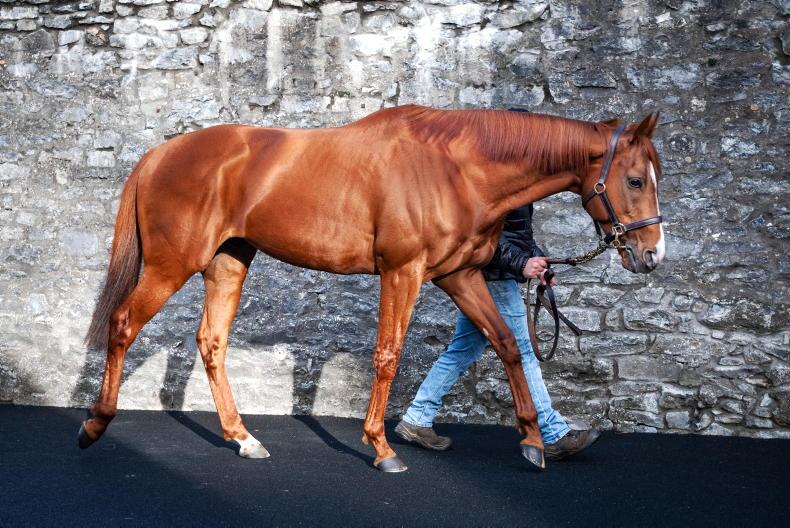 Waldgeist, a world champion and winner of the Prix de l'Arc de Triomphe
Previous Next

THE farm is over a century old now. It was built for The Tetrarch, who was widely accepted as the fastest two-year-old of his day and of the 20th century.

Ballylinch operates in all facets of the bloodstock and racing industry but we also have a pre-training farm here. We board mares for clients, we have about 70 broodmares of our own, so we have lots of foals and yearlings here, and we have a sister farm in Castlemartin.

We’ve got great human resources here in that we’ve got a lot of people who grew up in the countryside and understand horses quite well. The ground we have here is very suitable to raising thoroughbreds in that we have a limestone base which is absolutely perfect for that.

We’ve got some fabulous stallions here and they all seem to be performing very well at the moment. Waldgeist was a world champion racehorse, the best Gallileo since Frankel, so it’s exciting to see what he can do.

We’ve supported our horses with our best broodmares and we’re also constantly reinvigorating our broodmare band as well, so hopefully things will be onwards and upwards from here.

Lope De Vega had 37 stakes performers in 2020. Four of them were Group 1 winners. We had two Group 1 winners at two-year-old level and we’ve had two at older horse level as well, showing the stallion is well able to get one that can progress.

Aunt Pearl was his second Breeders’ Cup winner. He’s got 12 Group 1 winners across four continents. He’s very popular in Australia, he works well in America and Europe as well, so he’s a real international stallion.

He’s at a career-high fee now, €125,000, but he definitely justifies being up there among those elite stallions in Europe. We’ve been run off our feet taking applications for him this year.

Make Believe got off to a great start when he had Rose Of Kildare. She won two group races for him as a two-year-old and in 2020 she progressed and won a Musidora, another Group 3.

His first crop now has five stakes winners and that sets him as one of the best young sires in Europe. He has two other group-race winning fillies in Ocean Fantasy and Believe In Love.

He’s had group winners at six furlongs, all the way up through a Derby trip and up to 14 furlongs, so we find him a very versatile horse to breed to and he showed tremendous speed himself.

He was a Group 1 Prix de la Foret winner in track record time and he also won the Group 1 Poule d’Essai des Poulains.

Every big race of 2020 was a reminder of the strength of Waldgeist’s Prix de l’Arc de Triomphe form, the beaten horses that day including Ghaiyyath, Enable, Sottsass and Magical.

We were overwhelmed with the reception he got last year. He covered just under 120 mares, 95% of the mares he covered had blacktype under the first dam, including 63 blacktype performers or producers. Waldgeist is actually a better – a more highly ranked racehorse - than Lope De Vega. He’s got a Timeform rating of 132, Lope De Vega was 125.

New Bay made an exceptional start in 2020. He’s had four stakes horses already, including the Group 2 winner New Mandate and Saffron Beach, who won the Group 3 Oh So Sharp Stakes.

Jane Chapple-Hyam trains her and she says she’s going for the Guineas so we’re quite excited about that.

Statistically speaking, he’s very, very strong. He’s at 50% winners-to-runners, he’s got seven horses rated over 90 from only 22 runners so far.

We can only go on what we’ve seen so far and it’s reason to be very excited. He seems to be capturing breeders’ imaginations as we’ve been overrun with applications to breed to him this year; €20,000 is back to the fee which he started off on.

He’s now on his way to proving himself as a talented stallion. It gives breeders plenty of scope to make money on them as well. At the sales his average this year was €85,000 and his progeny sold for up to 400,000gns.

Fascinating Rock was a very talented racehorse. He was a world champion 10-furlong turf horse. He was also the highest rated horse by his sire. That’s higher than the seven other sons of Fastnet Rock who’ve already sired Group 1 winners. 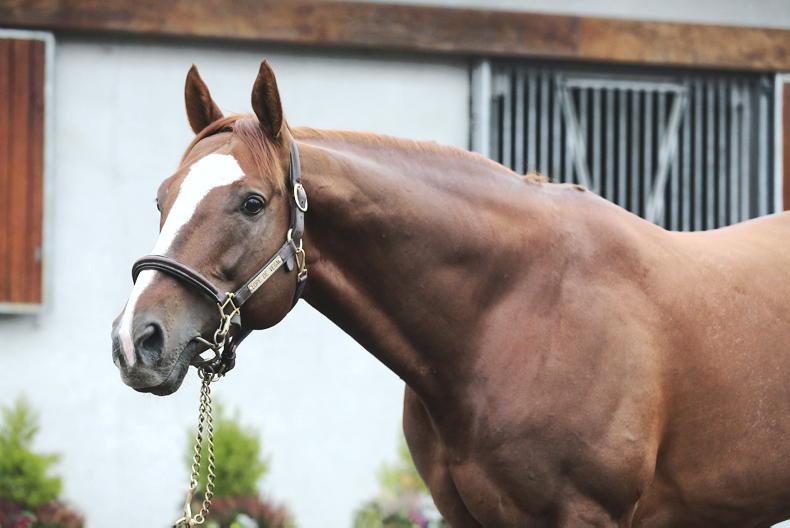 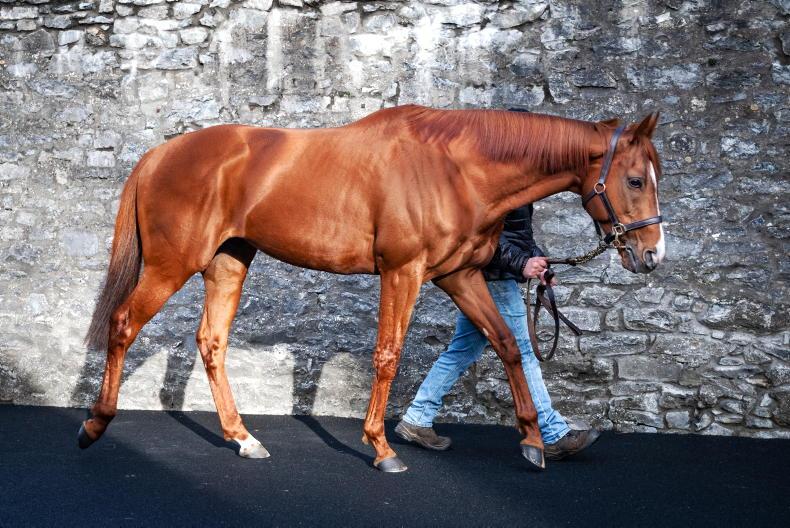 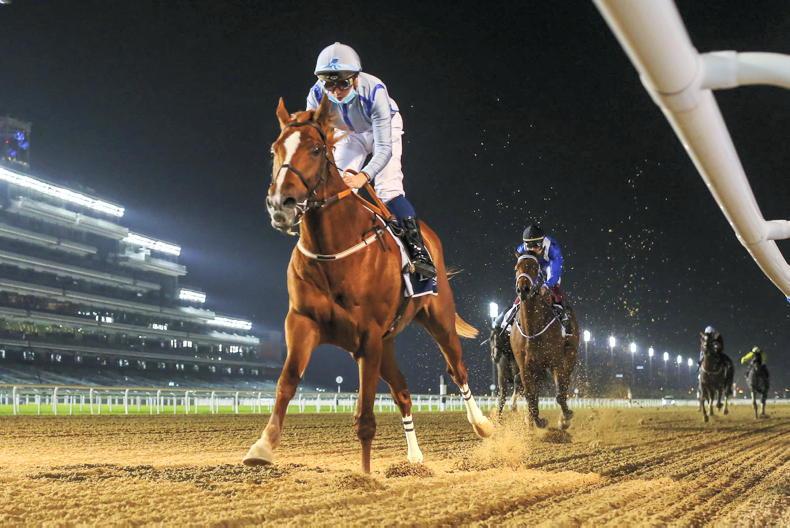 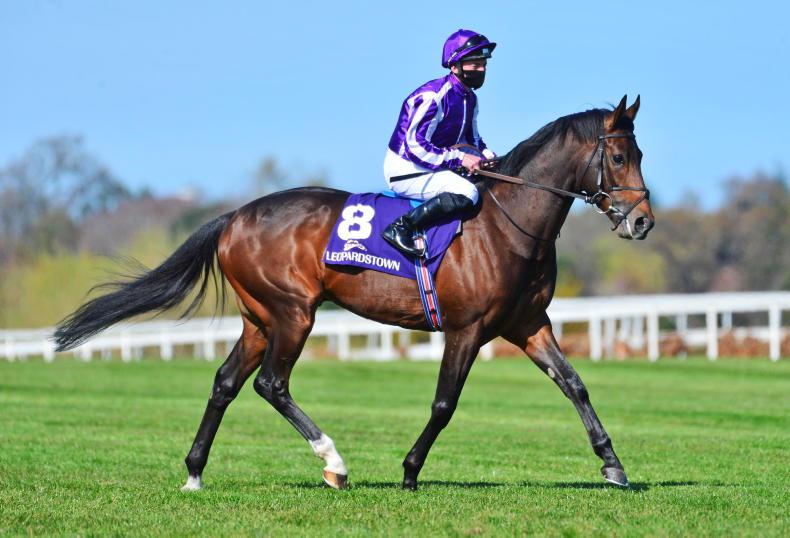