Title: SIRE REVIEW: Standing at The Beeches Stud: In Swoop

Dr Sieglinde McGee welcomes a new sire on the National Hunt scene in Ireland, teh classic winner In Swoop 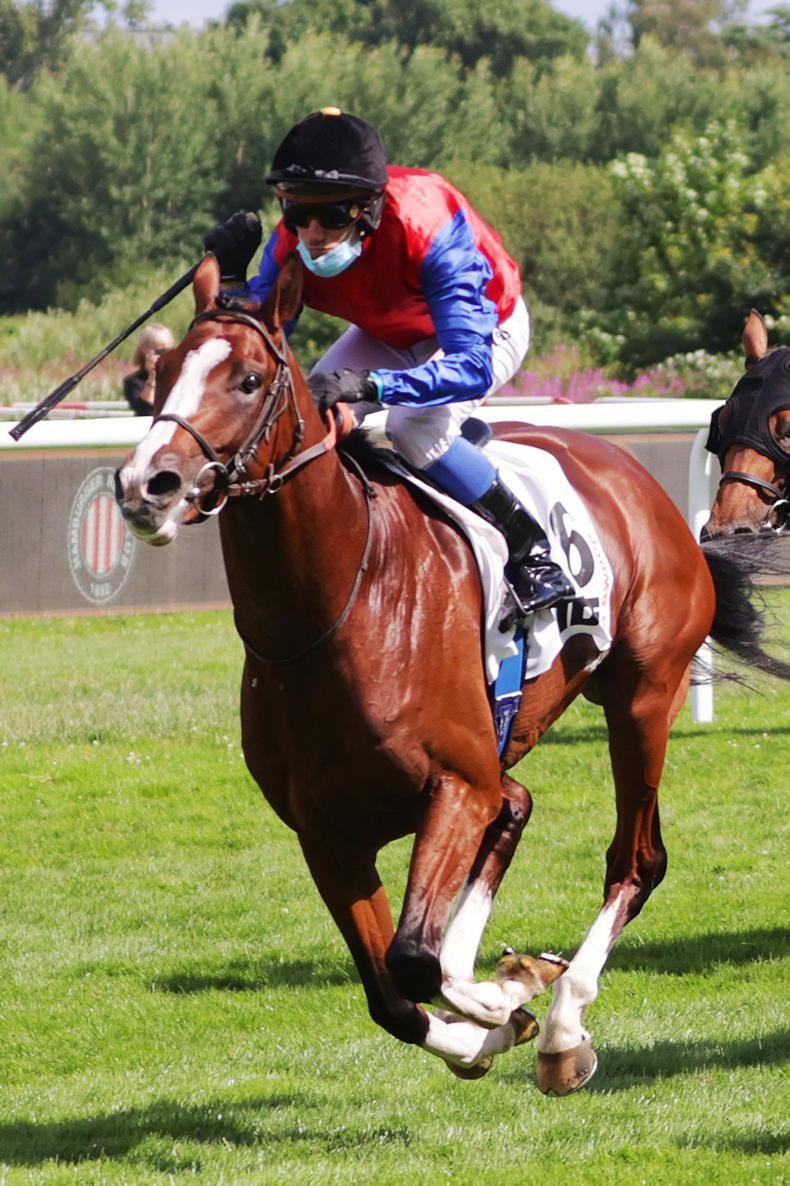 IN Swoop was a top-class middle-distance racehorse who could have achieved an even higher profile had his career not been cut short, due to an injury picked up while finishing a close fourth to Broome in the Group 1 Grand Prix de Saint-Cloud.

This was the only time he was ever out of the frame, and the classic star went into the race as favourite following a pair of recent pattern successes.

He was unraced as a two-year-old, kicking off his career with a winning debut over 11 furlongs on soft ground at Lyon Parilly just two months before his classic victory in Germany.

The high regard in which In Swoop was held was evident when he went straight from that maiden to the Group 2 Prix Greffulhe three weeks later, also run at Lyon Parilly due to Covid-related reorganisation, and he did well in finishing a close third to Gold Trip.

In Swoop’s classic was the 12-furlong Group 1 Deutsches Derby at Hamburg and it came at the immediate expense of another lightly-raced and promising colt who would go on to greater fame, the Arc winner Torquator Tasso. Both are sons of the Gestüt Schlenderhan standout Adlerflug (In The Wings), a middle-distance Group 1 star and grandson of Sadler’s Wells (Northern Dancer) who came from a branch of the famous family of Urban Sea (Miswaki) and her celebrity sons, Galileo (Sadler’s Wells) and Sea The Stars (Cape Cross).

In Swoop chased home Mogul in the Group 1 Grand Prix de Saint-Cloud two months later and then failed by only a neck to beat Sottsass in the Group 1 Prix de l’Arc de Triomphe, handling the heavy underfoot conditions. This was a debut season full of promise for the future and he was an odds-on winner of the Group 3 Prix d’Hedouville and Group 2 Grand Prix de Chantilly, both over 12 furlongs on soft ground, in the weeks leading up to his career finale.

In Swoop, who earned over £1.2 million in prize money, is an Irish-born son of his sire because his dam, four-length Group 1 Preis der Diana heroine Iota (Tiger Hill), was here to visit Australia (Galileo). Her trio of earlier blacktype offspring features Ito (Adlerflug), a four-length Group 1 Grosser Preis von Bayern winner who is in the early years of his stallion career in Germany.

Iota’s siblings include Illo (Tertullian), who was a multiple middle-distance blacktype scorer before moving to Australia where he was runner-up in the Group 2 Peter Young Stakes over nine furlongs at Caulfield. However, perhaps more notable with regard to In Swoop’s future is that Iota’s Group 1-placed, stakes-winning half-sister Ioannina (Rainbow Quest) is the dam of Izzo (Tertullian) who was a Grade 2-placed Grade 3 and listed winner over hurdles in France.

In Swoop’s half-brother Inciar (Galileo) also won over obstacles, but it’s further evidence of jumping ability in the family. In Swoop looks certain to be very busy in the coming years. 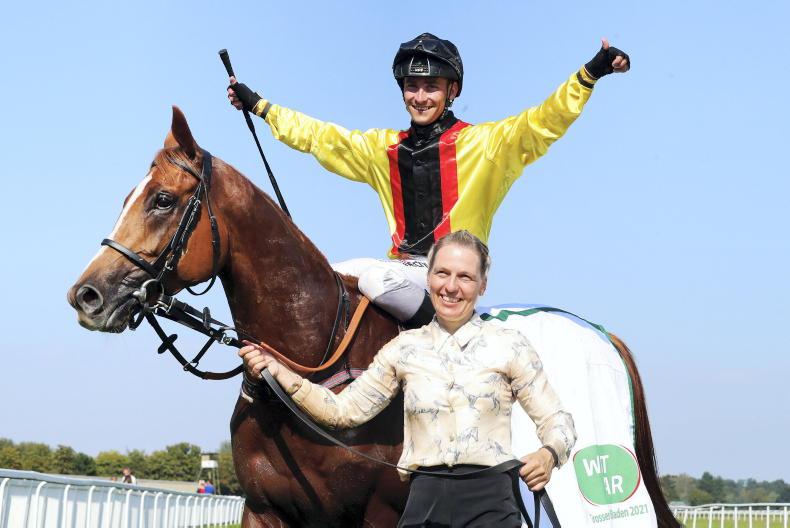 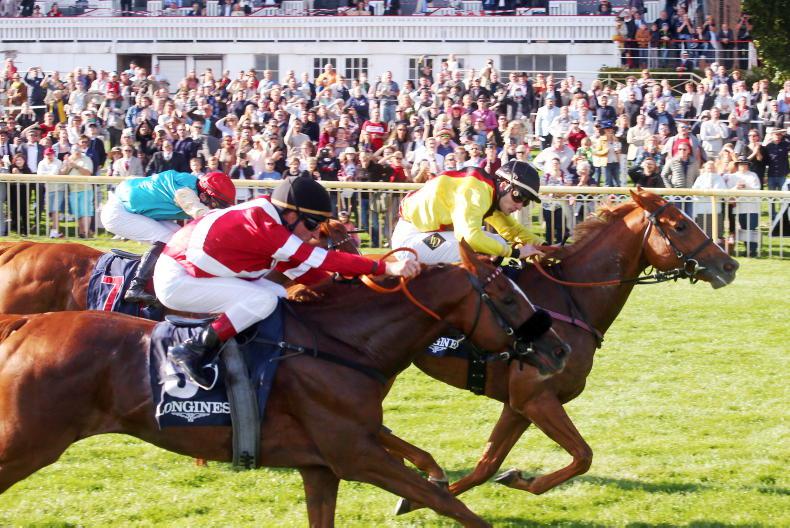 GERMANY: Tasso helps boost to German Derby form
Ratings of the Derby first and second Torquator Tasso and In Swoop have been upgraded after their weekend runs 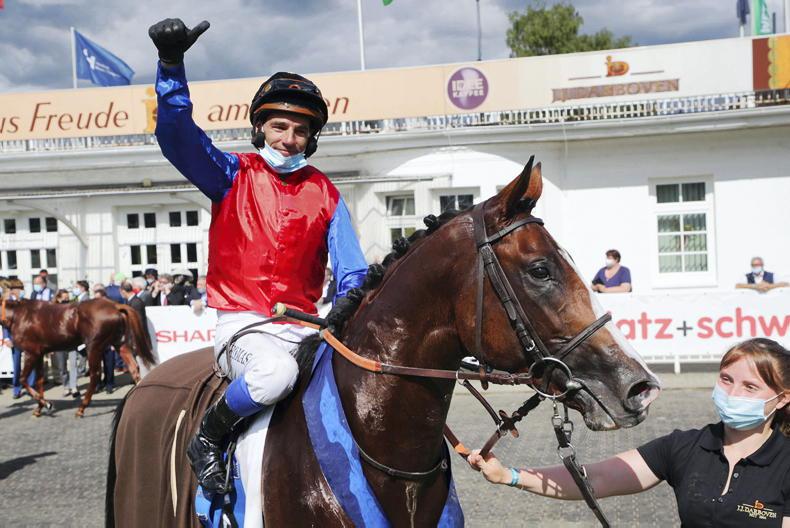 Mark Costello
NEWS: Coolmore swoops for German star
In Swoop is a son of Adlerflug out of a Tiger Hill mare 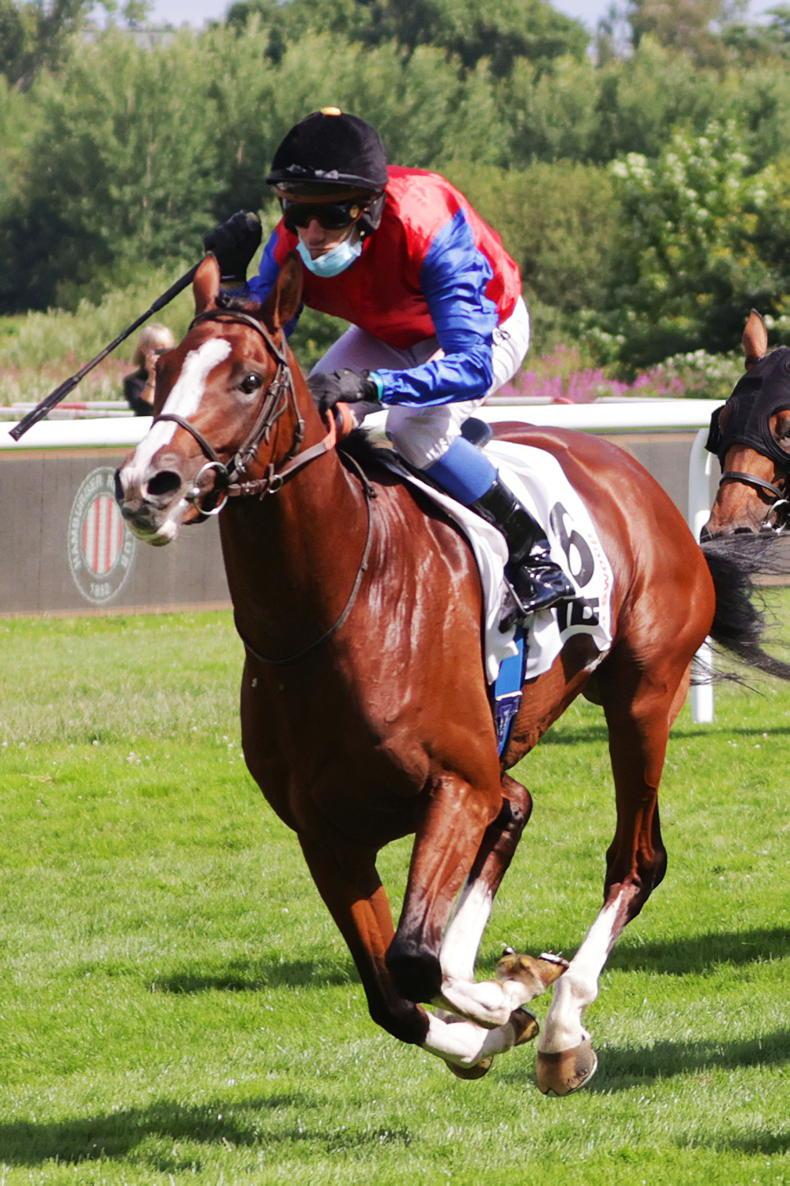 FRANCE: Mogul out of form
News for the rest of the Deauville card also included a win for the Irish-bred daughter of National Defense, Twilight Gleaming