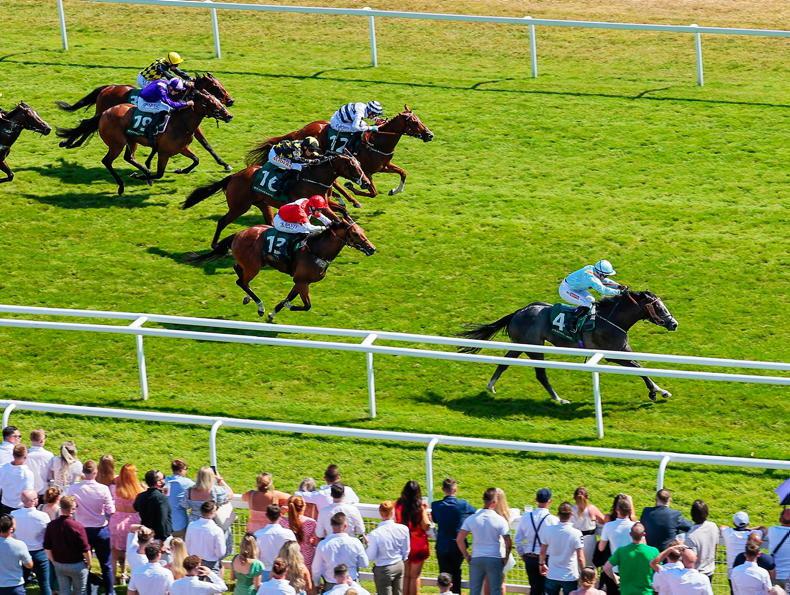 I AM offering no apologies for being an avowed fan of Havana Grey, and what a first season he is enjoying at stud. Surely he is a sire whose progeny will be fought over keenly by trainers, owners and agents as the year continues.

Having covered this year for a giveaway £6,000, I cannot imagine what Whitsbury Manor will charge for Havana Grey in 2023. After all (and this copy is being written early in the week), at least 33 of his 73 runners have won, a dozen have earned blacktype, and four are stakes winners.

Given that he has 115 juveniles, and that two-thirds of them have already run, his record it almost breath-taking.

Havana Grey sires sound, durable horses too. Just look at the four stakes winners he has had. The weekend’s Group 3 Prix Eclipse winner Eddie’s Boy, a 45,000gns Tattersalls Somerville Sale graduate, was winning for the third time and on his ninth outing. He was also placed in the Listed Windsor Castle Stakes.

The second pattern winner by Havana Grey, Lady Hollywood, is a group and listed winner and has run seven times. Shouldvebeenaring has won more than €180,000, but he has ‘only’ raced five times, winning three including a listed race and a valuable sales race.

The fourth stakes winner, Cuban Mistress, won the Listed St Hugh’s Stakes, and she has faced the starter on seven occasions. When Cuban Mistress earned her listed stripes she beat another daughter of Havana Grey, Union Court, who has raced eight times.

Among the other blacktype performers by Havana Grey, group-placed Tagline and Havana Angel have both started six times, as has the listed-placed Rumstar, while the stakes-placed Star Of Lady M has won four of her nine outings.

Back to Eddie’s Boy. He is the best of the four winning progeny from Spontaneity (Holy Roman Emperor), who was twice runner-up on the track.

Earlier this month Spontaneity’s yearling daughter by Washington D C (Zoffany) was offered at the Tattersalls Somerville Sale, but she left unsold at only 4,000gns. Offers would have to be a lot more now to acquire her.

This is a family that has been very successful in recent years. Especially noteworthy have been the achievements of Spontaneity’s listed winning half-sister Swiss Lake (Indian Ridge). She is responsible for two group winners, Swiss Diva (Pivotal) and Swiss Spirit (Invincible Spirit), and the listed winner and group-winning producer Swiss Dream (Oasis Dream).