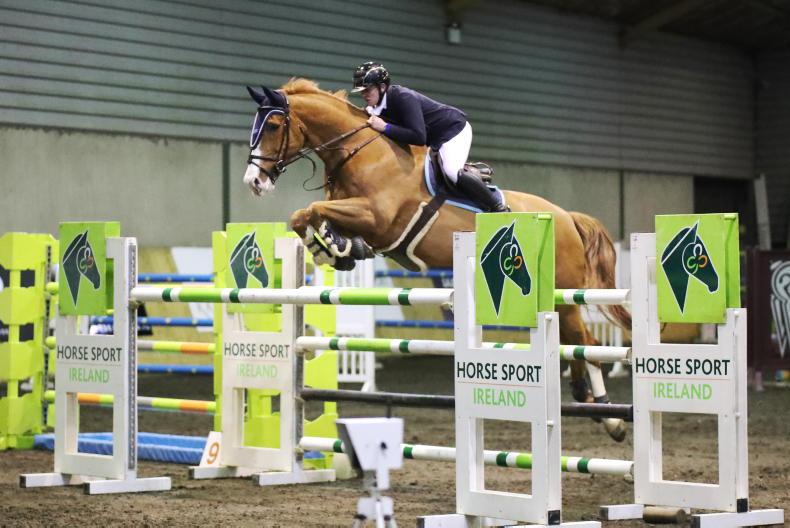 THE penultimate round of the Horse Sport Ireland/Showjumping Ireland Autumn Grand Prix at Ravensdale Lodge attracted one of the largest entries of the series with 34 combinations declaring for the €5,000 class. Claiming victory on this occasion was Jonathan Smyth. Riding Mulvin Lui, the Tyrone rider was fastest of four double clears in a time of 37.55 seconds. This combination picked up two points in the round at Barnadown and six points at Portmore and, with this win, will be in contention for claiming the title.

Owned by Noletta Smyth and Roy Craig, this 11-year-old gelding is by Luidam out of the Baron De Chantepie-sired Castleconnor Baron. This combination has proved very consistent at this level. In October, they took fifth place in the round at Kernans and in the Northern Indoor Championships at Eglinton they took third place in the 1.40m Grand Prix.

The gelding has been produced by the Smyth family, starting his career with Richard J.W. Smyth before Jonathan took over the reins in 2015 in the five-year-old division.

Daniel McAlinden was a fraction of a second behind for the runner-up place after he partnered his own AHG Whiterock Doctor Cruise to a clear in 37.87. Bred by Ann Gannon Clancy, this eight-year-old gelding is by Indoctro out of the Cruising-sired Miss Whiterock Cruise. This gelding was formerly campaigned by Cora Sharkey up to Grand Prix level.

Dermott Lennon is proving very consistent in the series and this week he was back in the line-up with a third-place finish. Riding Athletix Hero Z, he delivered a clear in 38.91 secs. Bred by Gerry Marron and Luc Henry, the nine-year-old gelding is by Aganix Du Seigneur and is out of the Class of Touch Hero-sired Radco D’Houtveld. Lennon has been campaigning the gelding on the European circuit at CSI3* level and has proved consistent at 1.40m level. In May they took a win in Gorla Minore, a third-place finish at Dinard in July and fourth in Deauville.

Edward Doyle added to his tally at the top of the leaderboard when he slotted into fourth place. Riding Lisa Cawley’s Flexability, he kept all the poles in their cups in a time of 40.02. Flexibility is a 10 year-old mare by Flexible out of Diamond Ballerina. Doyle and Flexability went into this round on 14 points and a further sixth points keeps them just off the top position on the leaderboard.

Winner of last week’s round at Portmore, Emily Turkington made her presence felt as she took fifth place with Jay Gatsby and added another five points to their existing tally of 10. Jay Gatsby, who is owned and bred by Cormac McKay from Tyrone, is an 11-year- old gelding by Gatsby out of the Loughries Quiet Man-sired Tullydraw Lady. This combination has delivered results at this level, which includes a win in the 1.35m Grand Prix in Cavan at September, second in the 1.35m Championship at Balmoral, second in the 1.35m Grand Prix at Cavan in August.

Eddie Moloney also kept himself at the top end of the leaderboard as he took sixth place with Temple Alice. The pair put in a very fast time of 38.94, but four faults would rule out a win in this round. The combination went into this round in a strong position on 19 points and added a further four points to their tally.

Final at Cavan this weekend

All eyes now turn to the final of the HSI/SJI Autumn Grand Prix league which will take place in Cavan tomorrow (Sunday, December 12th) and boasts a prize fund in the final round of €10,000. Along with the final prize fund, the winning combination will take home €2,500, second €1,750, and third place €750. 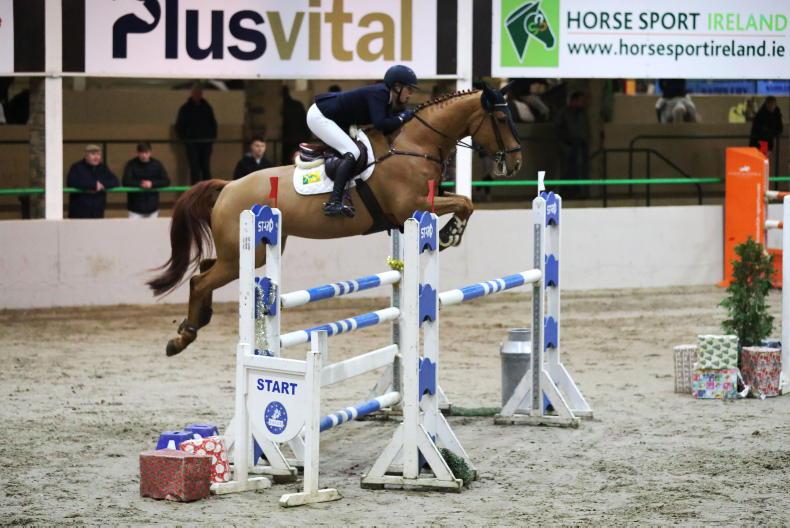 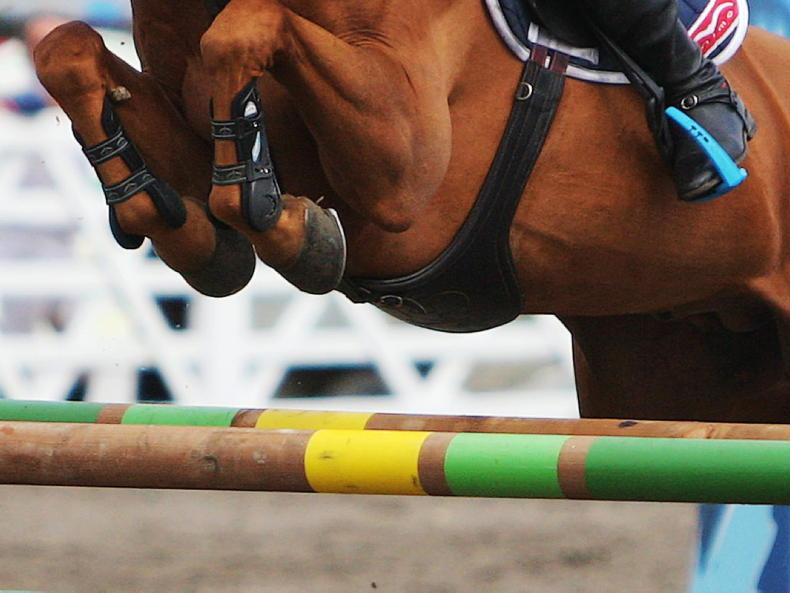 SHOW JUMPING: Speedy Smyth proves unbeatable
Mulvin Lights Out, ridden by Jonathan Smyth, was the winner of the Speed Championship at Eglinton Equestrian 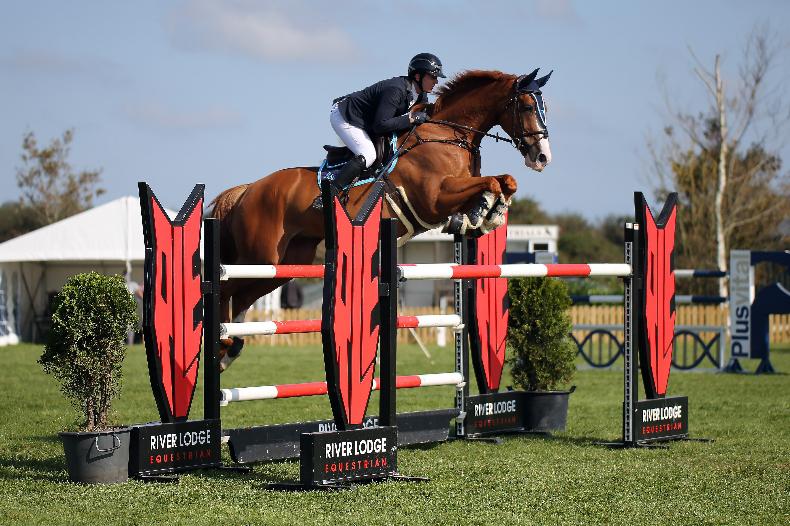 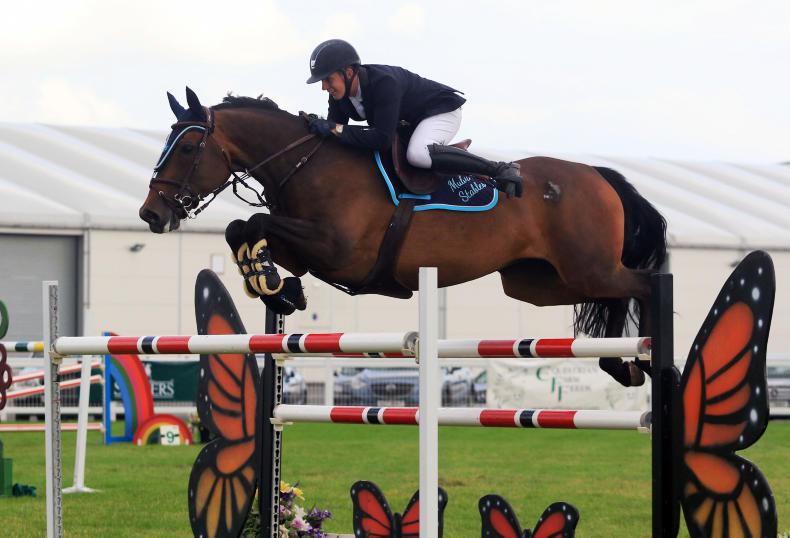 AROUND THE COUNTRY: Triple crown for Smyth at Balmoral
Ulster's Jonathan Smyth took victory in the three Grand Prix events at the Balmoral National Championships