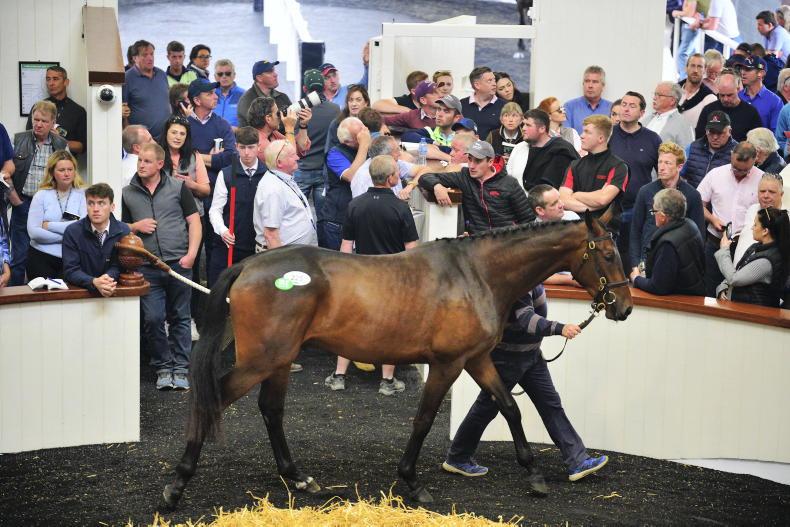 Joey Logan signed for this €230,000 gelding by Walk In The Park out of Zuzka from Castletown Quarry Stud \ Healy Racing

An incredible renewal of the Tattersalls Ireland Derby Sale concluded on Thursday evening and the results saw all key indicators for this flagship store auction reach unprecedented heights.

An especially strong second day which yielded one six-figure transaction after another, and achieved the extraordinary feat for a store sale in having an average that ran at in excess of €60,000 for most of the day, paved the way for the sale to break new ground on all fronts.

For the first time in the sale’s history the aggregate topped €18 million which was a 15% progression on last year.

The concluding session was headed by a pair of €230,000 geldings and the first of these to pass through the ring was a Maxios gelding who was knocked down to Bobby O’Ryan. This relation to Vauban, who cost €30,000 as a yearling in France, was sold by Mark Dwyer’s Oaks Farm Stables and he was bought to join Gordon Elliott.

“I’ve bought him to head to Gordon’s for an existing owner. He’s a really lovely horse and I just loved him when I saw him here the other day. He was the one I wanted today and Gordon has already done very well with the sire,” said the agent.

Afterwards a delighted Mark Dwyer commented: "Brendan Holland from Grove Stud bought him as a yearling and four of us - Roger Marley, Brendan, myself and Willie Browne – took a leg in him. He has turned into a lovely horse and lots of people seem to have a good horse by Maxios – Gordon has a good horse, Willie has one, Aiden Murphy. They were keen and they played on the back of that. For me this horse is a great advert for the sire and he has a great mind."

Walk In The Parks popular

The €230,000 mark was also reached by a son of Walk In The Park from Ken Parkhill’s Castletown Quarry Stud for whom Joey Logan and Matthew Flynn O’Connor outlasted Aiden Murphy. This gelding is out of the dual Grade 3-winning Zuzka.

“He is one of the best Walk In The Parks that I have seen. I’ve bought a lot by the sire and they have been lucky for me. This horse has a great pedigree and the dam has already produced three winners from three runners,” remarked Logan.

“Myself and Matty have bought him together. We knew he would be too expensive for either of us to buy on our own so we decided to team up but he ended up costing more than we expected. Matty will train him and he is a really good up and coming trainer,” added Logan.

Aiden Murphy, acting for M.V. Magnier, did enjoy better luck when signing for a €220,000 Walk In The Park gelding consigned by Michael Fitzpatrick’s Kilminfoyle House Stud. This €43,000 foal is a half-brother to the Cheltenham bumper third Wait For Me.

“He is a lovely horse and is easily one of the nicest Walk In The Parks in the sale. I tried on the one earlier that Joey Logan bought and did not get him but it was going to be him or this one and we’re delighted to get this horse,” stated the agent.

Willie Mullins is to take charge of a €220,000 son of Authorized after he was bought by Henrietta Knight on behalf of owner Mike Grech. This gelding was sold by Walter Connors who bought him privately in France and he is out a stakes-winning daughter of Smadoun.

“I had seen the horse a lot before today. I always love the horses that Walter buys as foals in France and I love seeing them growing up in the fields. He never tells me what they are by, I take a few photographs and I have a photo of this horse as a two-year-old as I picked him out, I loved him,” remarked Henrietta Knight. “He is a gorgeous horse and such an athlete and he will come to me in England and when ready will go to Willie Mullins.”

Also destined to carry the Mike Grech colours is a son of Getaway from Norman and Janet Williamson’s Oak Tree Farm who fetched €210,000. The €95,000 foal is out of a winning half-sister to Rhinestone Cowboy and Wichita Lineman.

The demand for Kapgarde’s stock was once again in evidence today as Margaret O’Toole had to go to €170,000 to secure a gelding from Castledillon Stud who was showing an excellent return on the €34,000 he cost in France as a yearling. The agent also struck for the penultimate lot into the ring when giving €180,000 for a son of Walk In The Park out of a half-sister to the Cheltenham Festival winner City Island.

The distinction of being the leading consignor at this year’s sale fell to Timmy Hillman’s Castledillon Stud whose draft also featured a €170,000 son of Blue Bresil for whom Harold Kirk and Willie Mullins outlasted Joey Logan. This £55,000 yearling purchase is a half-brother to the listed-placed hurdler Stoner’s Choice. 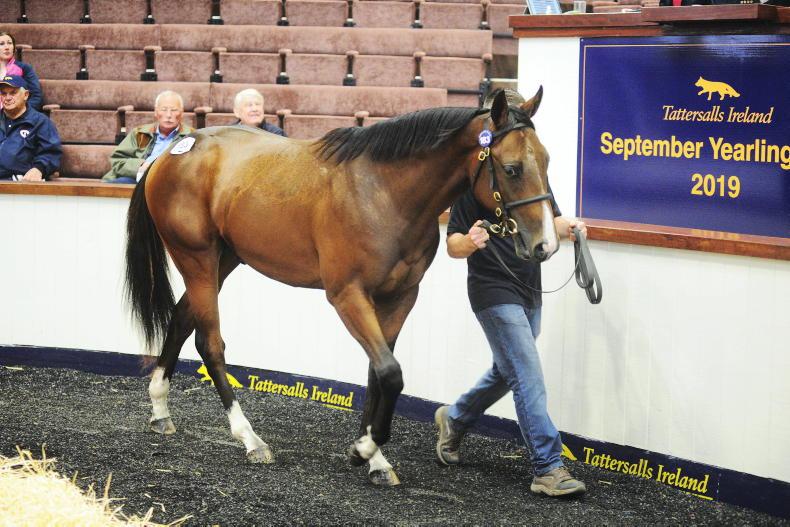 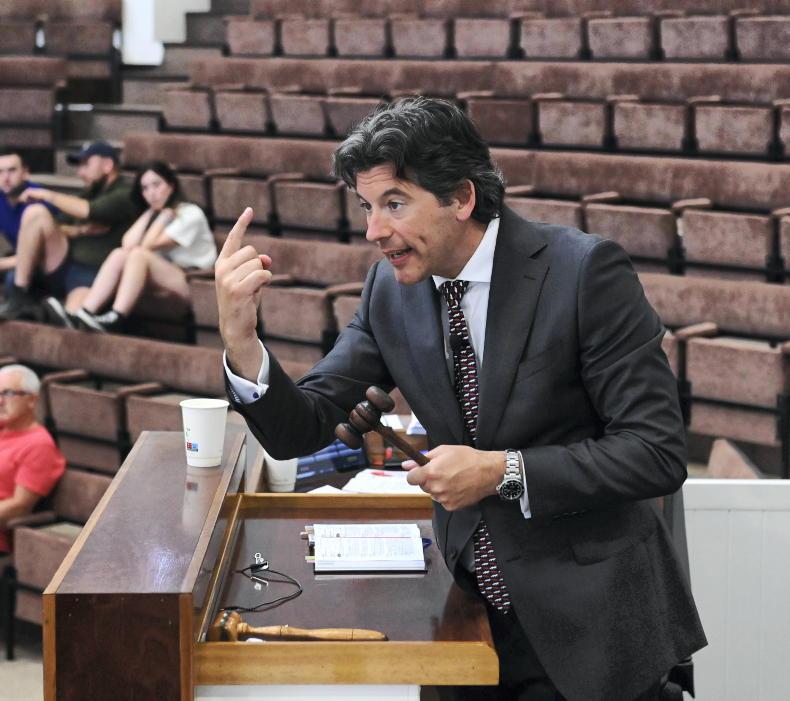 Irish Field Contributor
SIMON KERINS: 'What we have witnessed has been simply incredible'
The Tattersalls Ireland CEO reflects on an excellent few weeks on the store horse front