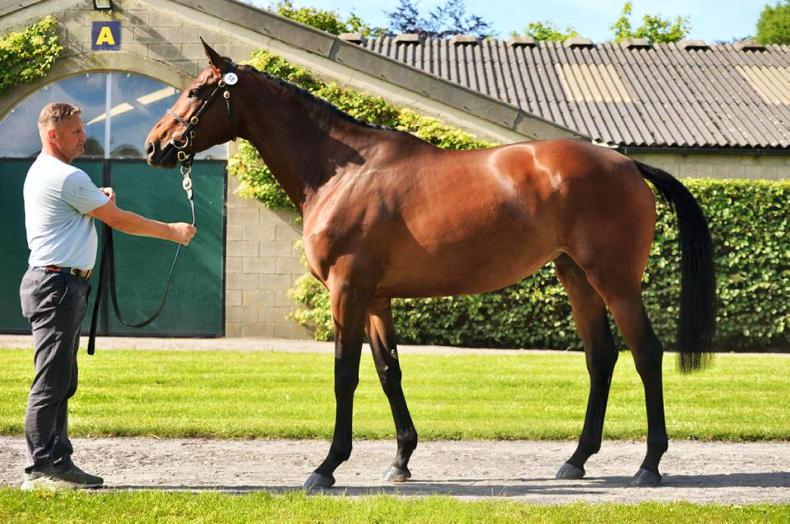 A €310,000 daughter of Kapgarde, who is the highest priced lot to come under the hammer at this sale in four years, stole the show on day one of the Tattersalls Ireland Derby Sale when selling to Gordon Elliott to head an excellent day’s trade.

Recent portents in the store market boded well for this sale and such optimism was realised by a session which yielded 16 six figure transactions and a turnover of just over €8.6m which was a 13% progression on last year.

The session-topper is from a family Elliott knows especially well as he has already sent out this filly’s half-brother Mighty Potter to win twice at Grade 1 level and indications from the trainer afterwards were that he expects that one to add considerably more lustre to this family over the coming seasons.

A filly of singular appeal the daughter of Kapgarde was sold by John Bleahen’s Lakefield Farm and from the moment inspections of the assembled catalogue began on Monday she was widely touted as one of the standout individuals to come under the hammer at this year’s round of store sales.

Also a half-sister to the smart pair of French Dynamite and Indiana Jones and bought privately in France, the filly entered an expectant sales ring and within less than a minute her price had already sped past €100,000.

The battle for her appeared to develop into a straight match between Joey Logan and Coolmara Stables team who seemed to have carried the day when the price hit €300,000. However, a solitary bid from Elliott, which made his purchase the highest priced filly to sell at this auction for 16 years, proved sufficient.

“We’re thrilled to have gotten her. She’s an outstanding filly and obviously we know the family very well through Mighty Potter who is one of the most exciting horses in the yard,” remarked Elliott.

“I have another half-brother, Caldwell Potter, who I think will be a nice horse next season and the mare has bred two other very good horses so it all added up.

"I’ve bought her for an existing client and hopefully she’ll be lucky now. Racing aside she will have great residual value but she’s one I’ll be looking forward to next spring. She does remind me quite a bit of Mighty Potter,” added the trainer.

After the sale, an emotional John Bleahen said: "She was bought with my brother Niall, we are very lucky to hit on her. She never stopped here and never turned a hair. She was shown by Dermot Clarke, he is just the best showman in the world."

The most expensive gelding on offer through day one was also by Kapgarde and he cost Paul Nicholls and Tom Malone €185,000. This price represented a fine return on the €60,000 this gelding cost in France as a yearling before he joined the fold at Norman and Janet Williamson’s Oak Tree Farm. This gelding is out of a half-sister to the Nicholls-trained Grade 1 performer Tatenen.

“Paul knows both the sire and the family well. He said Tatenen was a very good horse but tough to train. This was a standout today and Paul fell in love with him this morning,” remarked Malone.

The demand for fillies was evident throughout the day and M.V. Magnier made a splash when securing two coveted members of this cohort over the course of the afternoon.

Magnier’s first purchase was a €160,000 daughter of Flemensfirth from Johnny Collins’ Brown Island Stables who was showing a good return on the €41,000 she cost as a foal.

“She’s a lovely filly by one of the great National Hunt sires in Flemensfirth so we were delighted to get her and her own-brother, Porthill, showed a lot of promise when he was placed in his only point-to-point run in the spring,” commented Magnier.

“Nowadays there are so many opportunities and incentives for people to get involved in National Hunt fillies which is great to see. The options for them are much greater than they used to be so it makes a lot of sense to invest in fillies and as well as that the sales in recent years have shown that these fillies have great residual value when their racing careers are over,” he continued.

"We pinhooked her here as a foal off Bobby McCarthy, a great breeder," said Johnny Collins of Brown Island, who paid €41,000 for her at the November NH Sale. "I had bought Relegate who is in the pedigree, she went on to win the Cheltenham bumper. I didn't want anyone else to have this filly – I wanted to be the one to sell her as a store! She is a queen, and has an amazing temperament. She had a lot of admirers."

Her full-brother Porthill, who finished second on debut in a Fairyhouse point-to-point in April, made £250,000 this spring and is now with Willie Mullins.

Just a few minutes later Magnier spent €100,000 on a Walk In The Park filly out of a half-sister to Coney Island.

Among the most popular geldings on offer was a son of Saint Des Saints who was knocked down to agent Hamish Macauley for €130,000.

“He is going to be trained by Matthew Flynn O'Connor for a small syndicate that includes him, myself and Cormac Doyle. He is a lovely horse and if he can go on and win a point-to-point, he will be worth a pretty penny. He’s a proper horse by a serious sire,” declared Macauley.

Much earlier in the day the €130,000 mark was reached by a son of Blue Bresil from the especially popular Liss House draft who will be joining Jonjo O’Neill’s team. This €20,000 foal is a half-brother to the ill-fated multiple Listed winner Elle Est Belle.

Another in demand son of Constitution Hill’s sire was a €120,000 gelding from Rathbarry Stud whom Tom Malone secured for Paul Nicholls. This relation to One Man was showing a good return on the €39,000 he cost as a foal.

Even as the opening day neared its conclusion there was time for another six-figure transation as Colin Bowe forked out €135,000 for a son of Martaline from Coolagh Stud whose dam was placed twice at Grade 3 level in France. 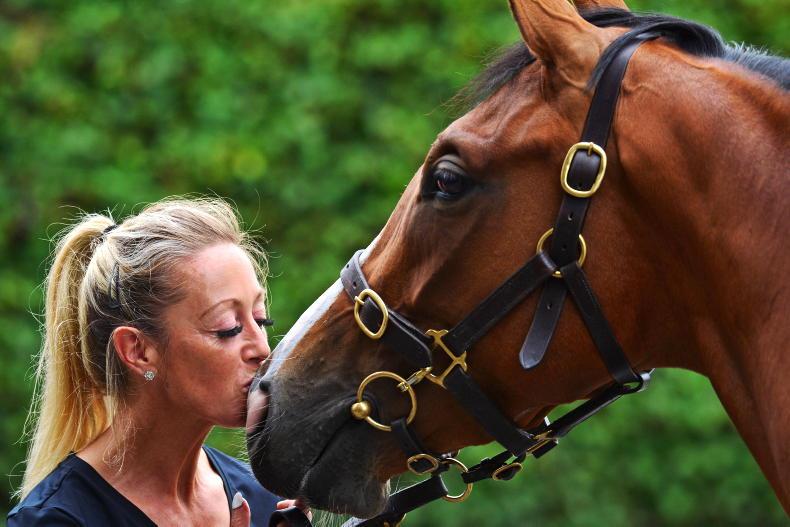 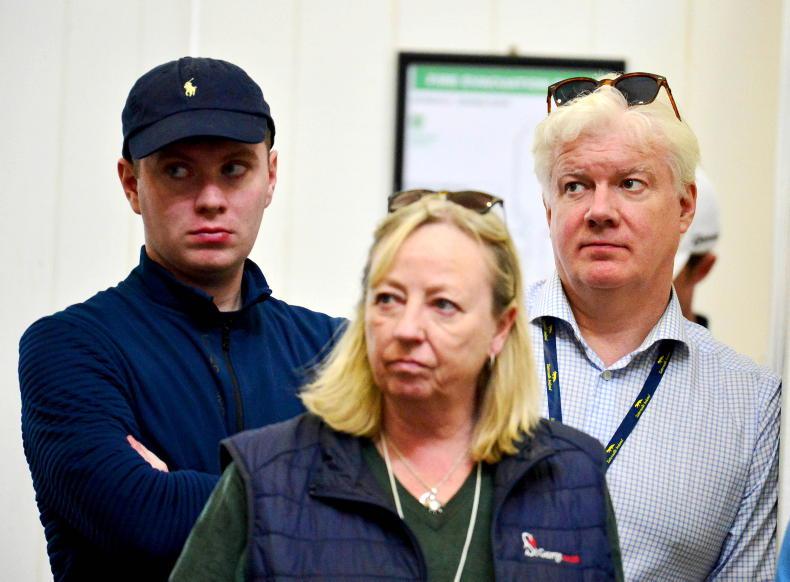