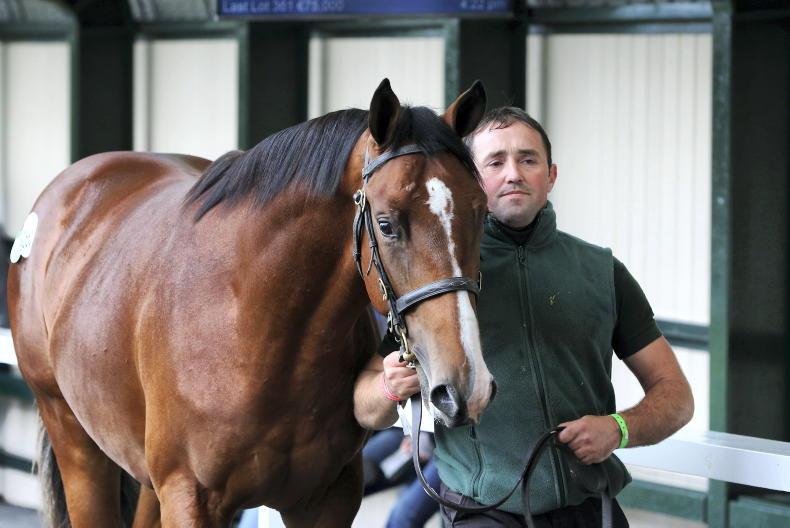 Anthony Stamp with the Camelot half-brother to Luxembourg who was bought by Coolmore Stud for €1.2 million at the Orby Sale

EUROPE’S highest-grossing yearling auction made for fascinating viewing with trade strong at some levels while, at the very highest reaches of the market, there was clear evidence of a contraction. It will be interesting to see if this trend continues for the next few years.

As expected the sale outstripped 2020 in all areas bar one, which was the number of lots to make at least 500,000gns.

In 2020 there were 31 yearlings who managed this feat at Book 1 whereas in 2021 that number came in at 30. This places the sale well below the levels of 2018 and 2019 (59 and 54 respectively) and is perhaps indicative of an increasinagly stringent market that lays down especially exacting standards for a horse to make 500,000gns.

Another notable factor to consider is that this year’s Book 1 took place without any input from the late Sheikh Hamdan Al Maktoum’s Shadwell Estates. Godolphin once again set the pace as the sale’s leading buyer, spending just under 9.4 million gns on 15 yearlings. This was seven million less than the operation spent on 22 yearlings the previous year.

Godolphin signed for the year’s top lot which was a 1.5 million-guinea daughter of Sea The Stars out of the Lowther Stakes winner Best Terms.

In short this was a stunning sale with a set of returns that were simply off the charts. A look at various metrics compared to those from the pre-pandemic years is testament to the sale’s performance.

A 62,000gns median was a record by some distance, the average was an unprecedented 83,865gns while an aggregate of just over 54.5 million guineas dwarfed all previous returns in this category.

The passing of Sheikh Hamdan Al Maktoum understandly led to some apprehension as regards Book 2 as the late owner-breeder had played an absolutely pivotal role at this sale in recent years. At the elite levels of the market activity remained similar to last year but the real growth over the course of these three days was in the number of purchasers who spent 300,000gns or more over the course of this sale which shored up any potential void left by the absence of Shadwell.

After a really tough time of things in 2020 Ireland’s flagship yearling sale bounced back in resounding style as the Orby reaffirmed its position amongst the elite European yearling auctions.

The reintroduction of the Million race certainly played its part in proceedings while the sale was also underpinned by a tremendous input from American-based purchasers who continue to play a pivotal role in the market for high-end yearlings across Europe.

Over the course of two days the Orby produced a total of 137 six-figure transactions which is more than double the number from 2020 while also bettering the 2018 and 2019 renewals of the sale. Meanwhile, the median figure of €75,000 was especially strong. This has only been bettered once in recent Orby history and is testament to a sale that was strong and had depth too.

Centre stage went to a €1.5 million daughter of Galileo out of an American Grade 1 winner, while the seven-figure mark was also breached by a €1.2 million Camelot own-brother to this year’s top juvenile Luxembourg.

For the second year in succession this sale was switched to Newmarket and it returned a strong level of trade. Perhaps the most striking aspect of this auction is how the final figures compare with pre-Covid-19 times because they are especially impressive when viewed within that context.

From 2017 through to 2019 this sale saw a notable slippage in its returns but that slide was arrested in tremendous style and a look at the level of growth in every market segment from €50,000 and upwards reveals that this was a strong sale by any measure.

The standout lot was a €200,000 Exceed And Excel filly who enjoyed a tremendous pedigree update over the course of the summer with her juvenile half-sister Zain Claudette winning at Group 2 and Group 3 level.

A tough edition of this sale in 2020 was followed by a somewhat brighter renewal in August as all key metrics showed good growth from 12 months previously. However, perspective is required here as comparisons with 2020 offer nothing like as accurate a guide as 2019 or 2018.

In this case the Premier Yearling Sale still lies some way off the heights of 2019 and the level of six-figure activity has contracted sharply. 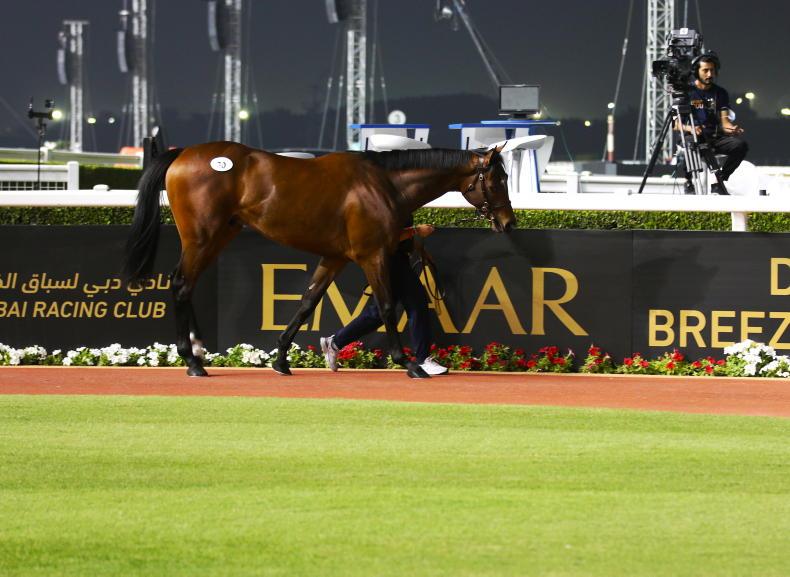