The Minister for Agriculture, Charlie McConalogue, confirmed he will shortly sign off on the next CAP programme and TAMS for the equine will be included 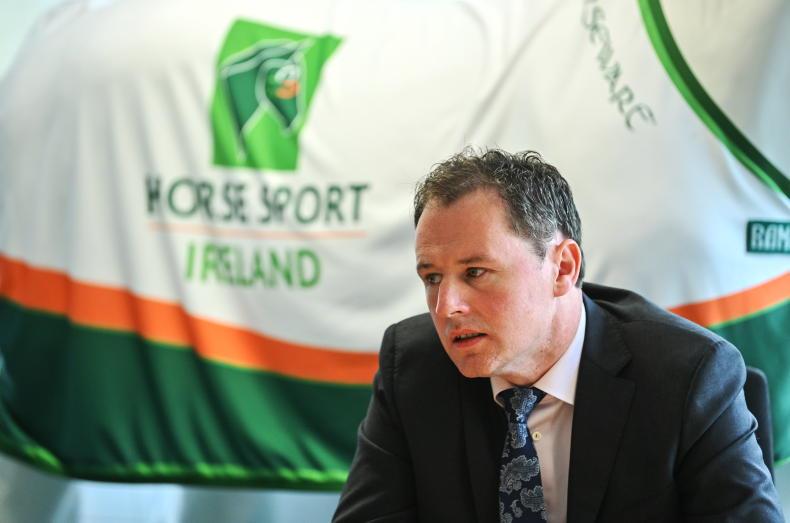 Charlie McConalogue TD, Minister for Agriculture, Food, and the Marine, during a visit to Horse Sport Ireland in Naas, Kildare \ Diarmuid Greene/Sportsfile

EQUINE farmers will be included in the next Targeted Agricultural Modernisation Scheme (TAMS), the Minister for Agriculture, Food and the Marine, Charlie McConalogue TD, confirmed this week.

Speaking at the official launch of the 2022 Dublin Horse Show at the RDS, Minister McConalogue said: “I can confirm here to you all this morning that I will be making changes in the next TAMS to include investments for the equine industry. This is a decision that, as Minister, I have wanted to implement, and I will be bringing it forward in the next TAMS as part of the next Common Agricultural Policy (CAP) programme. I will shortly sign off on the next CAP programme and TAMS for the equine will be included.”

The announcement comes following lobbying from equine farmers and groups around the country, as well as the IFA Horse Project Team and Horse Sport Ireland. “I have been listening to the calls from the industry regarding including the equine sector in the next TAMS. I asked the team in the Department to carry out a review of TAMS overall and that review is near to completion,” the Minister added.

“The thoroughbred and sport horse industries are crucial to the entire rural economy and I want to move now to help grassroots farmers and breeders, in particular, futureproof their businesses and the overall industry. As Minister, I will shortly release further details regarding funding and criteria on this, but my key focus is on providing the building blocks and foundations for the long-term success of the industry.”

The measures and funds that will be available to equine farmers over the lifetime of the CAP 2023-2027 will be made available in due course but is believed to be in the multi-millions.

Horse Sport Ireland welcomed the announcement, with CEO Denis Duggan commenting: “Over 50% of equine breeders have fewer than five mares. Some equine farmers and breeders may not have previously had the financial capabilities to make investments in their facilities, so the confirmation of equine inclusion in TAMS by the Minister is a welcome development.

“We look forward to continuing to engage with Minister McConalogue and his officials over the coming weeks and months as the Department of Agriculture work to finalise what measures and funds will be made available over the lifetime of the CAP from 2023 to 2027 for equine measures.”

Duggan added that HSI recently commissioned a survey of equine farmers nationwide and the results of this will form the basis of further proposals to the DAFM as to where funds from within the scheme can be spent within the equine industry.

“The results of our survey, which are being independently compiled by IFAC Accountants, make interesting reading and will be revealed at the Dublin Horse Show next month,” he continued.

“Equine farmers will need to ensure that they are ready for any future investment schemes as part of the CAP. For some that will mean that they need to be in receipt of existing payments from the Department of Agriculture.

“Any equine farmers not already in receipt of a basic payment (BPS, previously Single Farm Payment); ANC/Area of Natural Constraint (previously, disadvantaged area payment), or environmental schemes such as ACRES, or its predecessors REAP, GLAS, AEOS - we would encourage them to seek beginning the process of seeking advice from their local agricultural advisor or Teagasc advisor.”