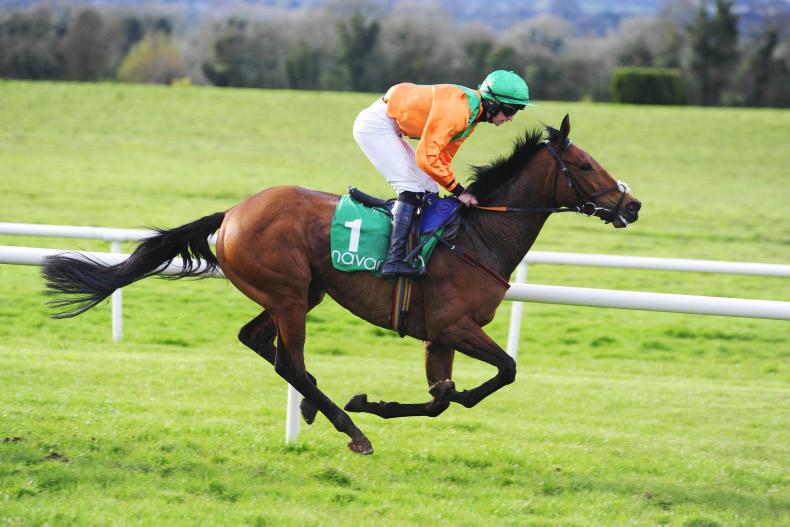 Crackerdancer and Tom Brett cruise home in the bumper healyracing.ie

THE best was unquestionably saved until last on this card as Crackerdancer looked a potentially high-class stayer by grinding her rivals into submission in the Irish Stallion Farms EBF Mares Flat Race.

It was only two months ago that the Ray Hackett-trained seven-year-old returned from over two years off the track and she has followed that comeback second with two dominant victories. At Limerick last month Crackerdancer trounced the useful Hardline.

Tommy Brett made all the running on the Patsy O’Brien-owned daughter of Robin Des Champs. Dawn Shadow and Shimmer’s Rock were both well placed turning for home but they had no answer as Crackerdancer maintained a relentless tempo on the testing ground.

At the line, the 11/4 shot had 20 lengths to spare over Shimmer’s Rock who had beaten her a head at Gowran Park in February.

“We were delighted to see the ground the way it was. She’s just relentless and keeps galloping,” said Hackett. “If the ground was suitable she could head to Punchestown. She’s a mare you’d love to go hurdling with for a winter.”

It was a red letter day for trainer Tom Gibney who got off the mark for 2017 in style by sending the first double of his career. Gibney’s brace, achieved at his local track, was completed by Stoughan Cross who made his light weight count in the two and a half-mile handicap chase.

On his first outing for three months, the well-backed 11/1 chance relished the conditions under Jonathan Moore who was on board both of Gibney’s winners.

The Moynalty Partnership-owned Stoughan Cross maintained a useful lead for much of the straight and finished with a dozen lengths to spare over Lisclogher Lad.

“The horses seem to be back in form. We were struggling with the form of the yard for about 12 weeks but we thought coming here they were over it,” observed Gibney. “This horse isn’t the scopiest but if you have one that tries like him you won’t go far wrong. He handles this ground but will go on better ground.”

Earlier Gibney’s Next Bend (16/1) made a resounding return to form in the 80-109 rated two-mile handicap hurdle. The six-year-old wasn’t going at all as well as some of his rivals but Jonathan Moore conjured quite a charge from his mount who stormed clear before the last. The Derek Kierans-owned gelding crossed the line nine lengths ahead of Russian Roulette.

“He handled the ground a bit better than I thought. They maybe went a bit quick up front which suited him well,” declared Gibney. “He won on the flat here last April and we might come back for that race later in the month.”

Champagne Harmony rediscovered some of his best form to claim the two and a half-mile beginners’ chase for Stephen Mahon and Paul Townend. On his third outing over fences the dual bumper winner turned in a much improved effort despite the ground not being ideal for him.

In the straight, Champagne Harmony (6/1) stuck to the far side of the track while the market leaders Crest and Balbir Du Mathan did battle on the stand’s side. From the second last though, it was apparent that the others had their work cut out to get to grips with Champagne Harmony who went on to defeat Crest by six and a half lengths.

“He’s a good ground horse and the longterm plan is the Galway Plate but he’d obviously have to keep progressing,” remarked Mahon, who trains the gelding for Tom Quinn. “Today was encouraging, particularly on that ground.”

Earlier, Townend was successful on Our Valentina (4/1) who swooped late in the Irish Stallion Farms EBF Mares Maiden Hurdle to kick off an opening race double for trainer Stuart Crawford. The six-year-old had several lengths to find on Reine Des Pres early on the run-in but forced her way to the front in the final yards.

“It’s hard work out there but she’s tough and she will get further,” observed Townend, who was wearing the colours of the Horsplay Syndicate.

Crawford, also on the mark at Loughbrickland, then struck with the Punchestown bumper winner Jimmy Breekie in the two and a half-mile maiden hurdle. A good jump at the last was central to this victory as Eamonn Corbett’s mount cleared it in fine style whereas Coeur Joyeux got it all wrong.

The Bill MacKenzie-owned and bred 6/1 chance carried the day by a length and a half.

“He jumped well and is a nice horse, there should be a bit more to come from him. He was unlucky not to win the last day at Naas when he just idled in front,” stated Corbett.

Almost four years after his last victory Seskinane (16/1) sprung a surprise for Mikey Fogarty and Clare-based trainer Brian McMahon in the two and three-quarter-mile handicap hurdle. The 11-year-old had been out of sorts but wasted no time in taking charge of this race before the last flight, He finished eight lengths ahead of the front-running Go Forty Go.

“It’s been a long time coming but that’s a special one as he was my Dad’s horse and he passed away last Saturday two years ago. It means a lot,” commented McMahon, whose Powersbomb ran so well at Cheltenham last month.

“His last few runs hadn’t been great and we were thinking about retirement but the testing ground and the galloping track suited him well. Hopefully we might find another opportunity for him before the ground dries out.”

CECIL CORBETT (G. Elliott): He finished eighth to Stoughan Cross on his first run since November but ran a good deal better than his final position and he can add to his tally on better ground. 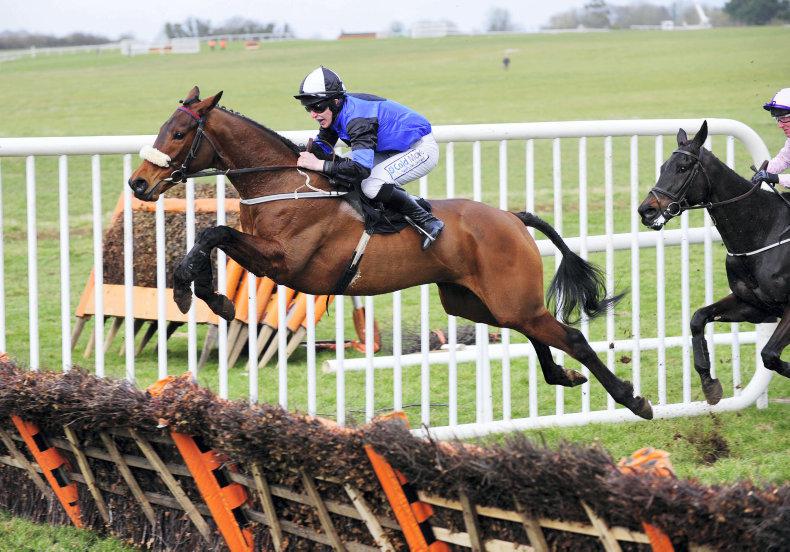 THURLES THURSDAY: Jennies a Jewel for Fahey
Jennies Jewel has been a great servant to connections and heads to Punchestown now; Champagne Harmony looks an exciting prospect for Steve Mahon 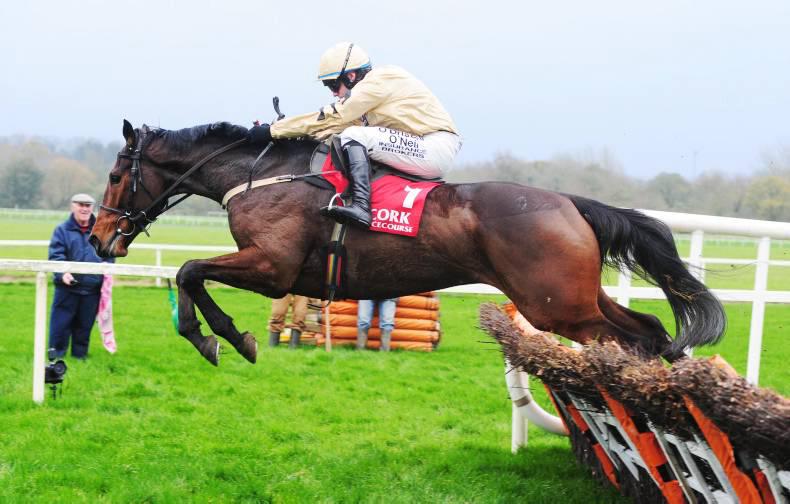 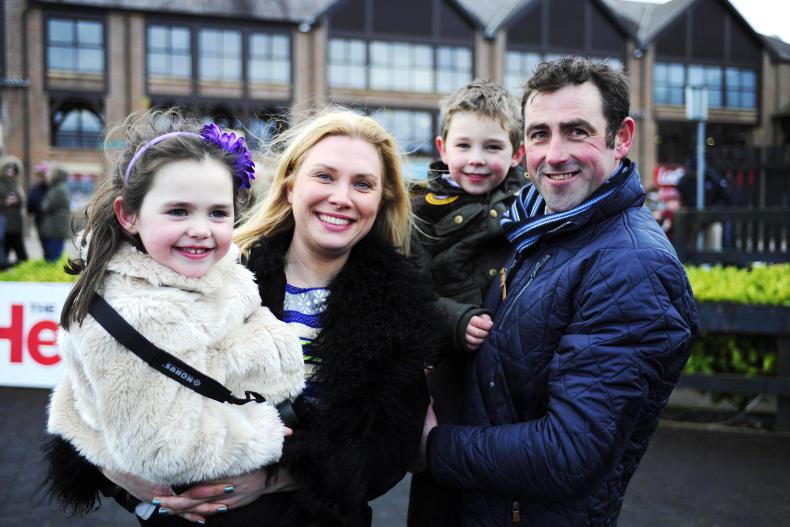 HEART OF RACING: RAY HACKETT
It has been a long road back for Crackerdancer, who fractured her knee as a four-year-old but looks like she is fulfilling her potential now 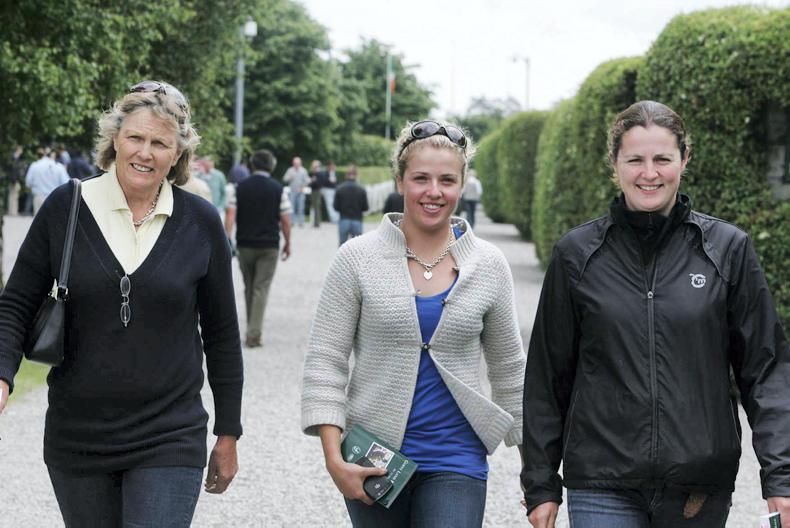