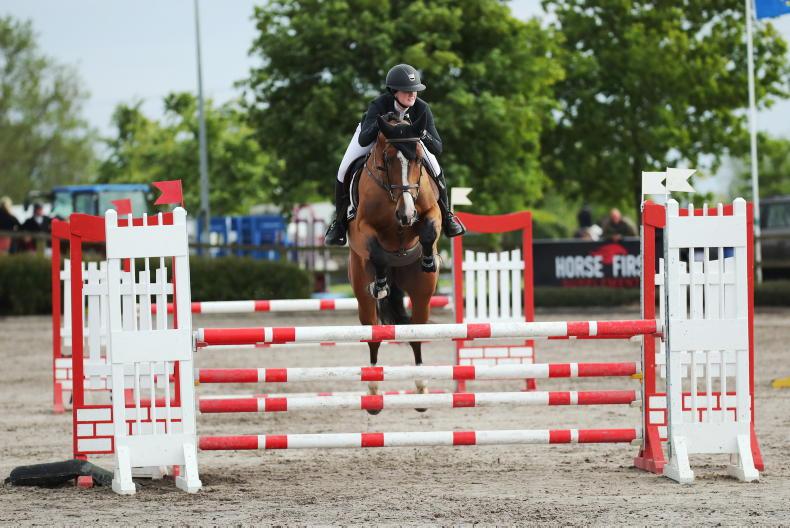 EIGHTEEN combinations contested the Four-Year-Old Championships and claiming victory last Saturday was Cork young rider Abbie Sweetnam and Ballonvoher Gem when they were awarded a score of 159.

The mare, bred by Paul Langan and owned by Sweetnam, is by Zidane out of the Voltaire-sired Odette. She began her season this March under the command of Ryan Sweetnam and has moved comfortably up to one-metre level with ease.

Taking the runner-up spot was Carl Webb riding HHS Flonix and finishing on a score of 158.5. Bred by Brendan McSorley and jointly owned with Miguel Bravo, the stallion is by Aganix Du Seigneur out of the Clover Echo-sired Echo Peach.

A score of 150 was enough for Patrick Byrne to partner his own Belline Castle Onr Candy to take third place. Bred by Noel Ruane, the gelding is by Sligo Candy Boy out of Castle Roller Coaster.

Taking fourth place were Kerry Taggart and Corkhill Moneypenny on a score of 148. Owned by Victoria Loane and bred by Eric Smith, the mare is by Carisma out of Golden Euro. Taggart also took sixth place with her own and Sean Kelly’s Admiran Delilah when they were awarded a total of 139.5 after having one on the ground. This mare was bred by Peter Mulrine and is by Action Breaker out of Admiran Oh Me.

Young rider Hallie Crowe accounted for fifth place when she was awarded a mark of 141.5 with her own Cold Play S Z. Bred by Schaap T, the gelding is by Casallo Z out of Aresa Lady.

In the 148cm 1.20m final on Sunday, 22 combinations lined out in a bid to claim the €1,500 on offer. Following a very competitive class, Connaught rider Stephen Gibbons claimed victory when he partnered the Oonagh Gilvarry-owned Dexter Leam Prancer to a clear in 25.28.

In total 14 combinations maintained clean sheets over the Gueorgui Gueorguiev-designed course. Leinster rider Eoin Brennan took the runner-up spot when he came home in a time of 25.71 aboard GSC Daisy Lux.

Jack Cash opted for a safer approach with Giorgia Armani and crossed the line in 26.65 for third place. Chloe Hughes Kennedy also kept the poles in place with the eight-year-old HK Zena in 27.40 for eventual fourth, ahead of fellow Kilkenny rider Isobel Sheehan and Knockroe Clover Mor in 28.09. Local rider Aine Shorthall took her place in the line-up when she partnered the seven-year-old Bungi to a clear in 28.15 for sixth place.

The 138cm 1.10 Championship on Sunday saw a win for Ruben Foley when he came home clear aboard Mayfly Green Peter in 25.68. David Brennan and MHS Alaska were less than a second behind in 26.33 for the runner-up place. Slotting into third was Claudia Carroll and Tynagh Sunshine, clear in 26.65, ahead of Edie Codd and the seven-year-old Tempest Glenville, in 27.02. Connaught rider David Egan and Rebel Gealach also put in a foot-perfect round in 27.57 for fifth place, ahead of Conrad Sweeney and Warwick Ginger, clear in 27.85.

Ruben Foley recorded his second championship win of the day in the 148cm 1.10m final. This time riding Eugene Hannon’s Bearna Rua Jenny, he lodged the winning clear in 25.99. Just over a second behind was Conor Gilmartin and Castlelawn Holly II in 27.01 for the runner-up slot.

Foley took another share of the prize fund when he also delivered a clear with Pixie III, in 28.65 for third place. Accounting for eventual fourth place was Evie Welton and Cavanagh Rocky, clear in 28.69, while in fifth place was Ella Stynes with the six-year-old Drumacon Mo Chara, clear in 28.83.

Tommy Halford made no mistakes with Lord of the Rings and their time of 31.56 saw them slot into sixth place.

Resident rider Ted Fagan proved to be a popular winner of Monday’s 128cm 1m Championship. Riding Dooneens Electric, he clocked the winning clear in 26.77. There was nothing between the next placings as Helen Walsh and Knockash Lady Bird came home in 26.86 for second place.

Charlie Flynn and Penchwintan Glynle took third when they kept the poles in the cups (30.57).

Accounting for eventual fourth was Zara Sharkey and Lisboy Black Magic, clear in 31.14, while in fifth place was Donnacha Burns and Coppenagh Viking in 37.93. Completing the top six was Alanna Keeling with The Nut Cracker, fastest of the four-faulters in 30.75. 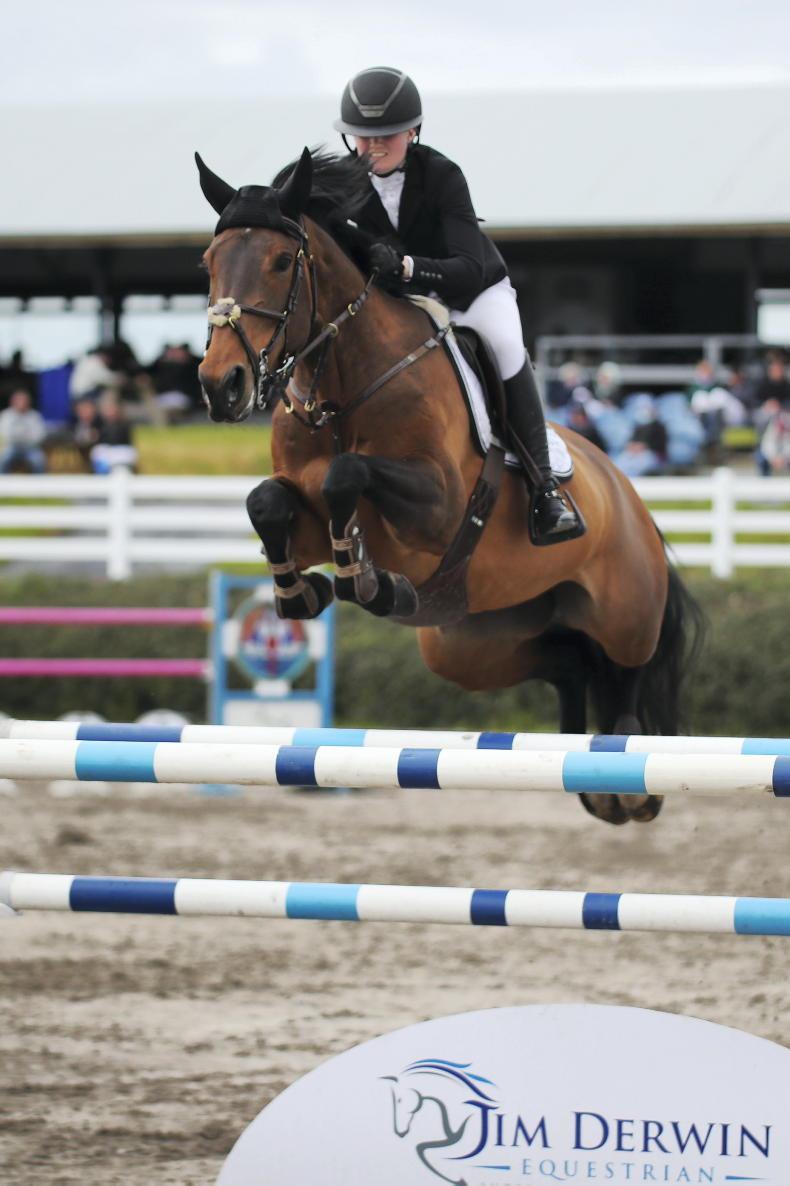 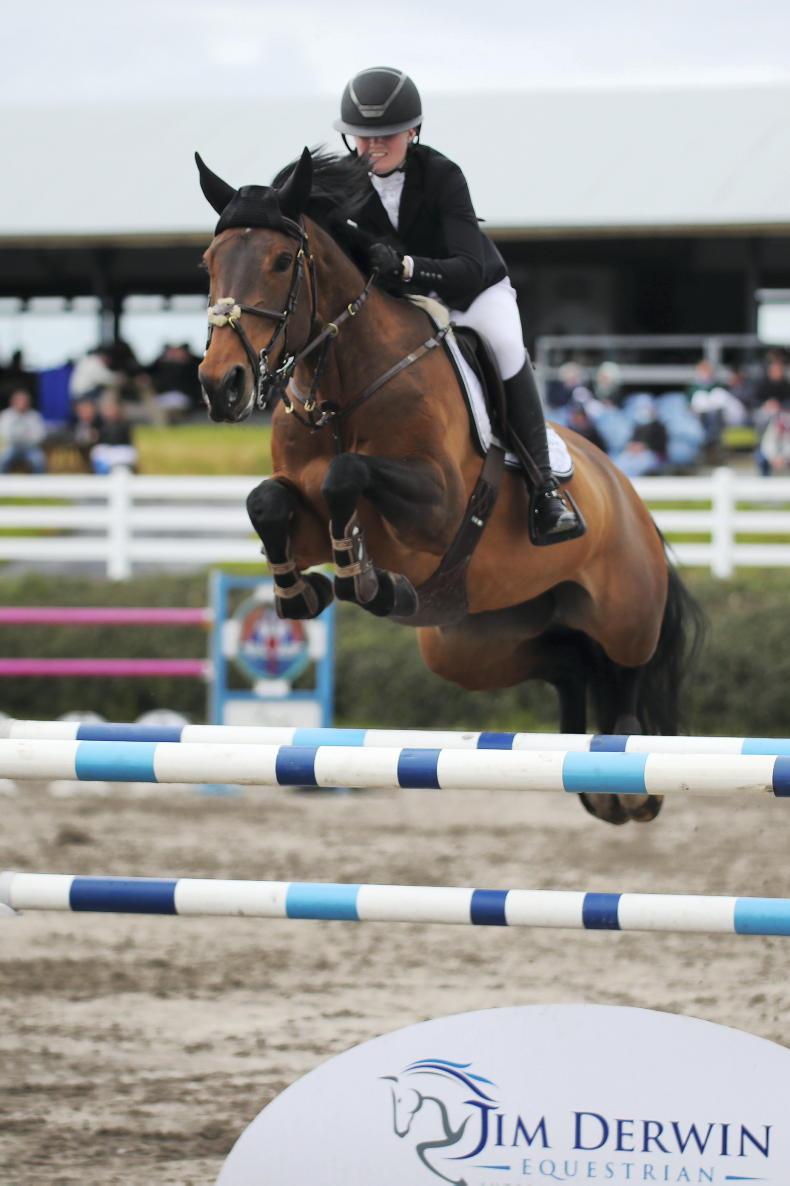 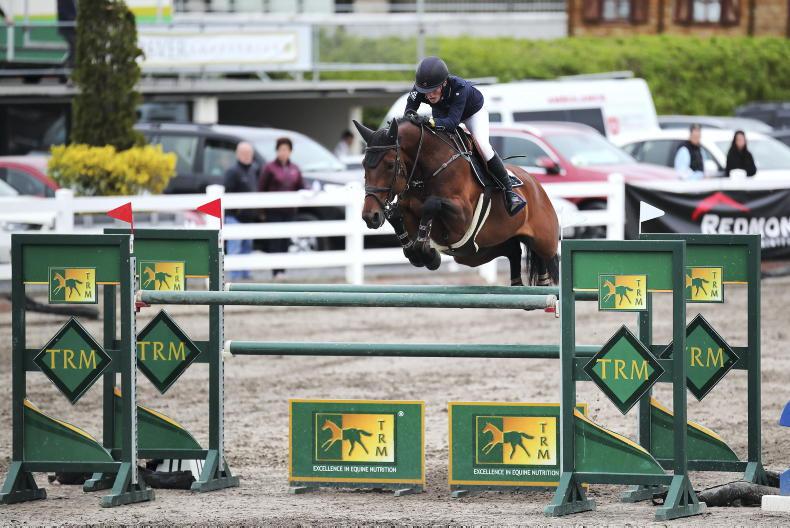 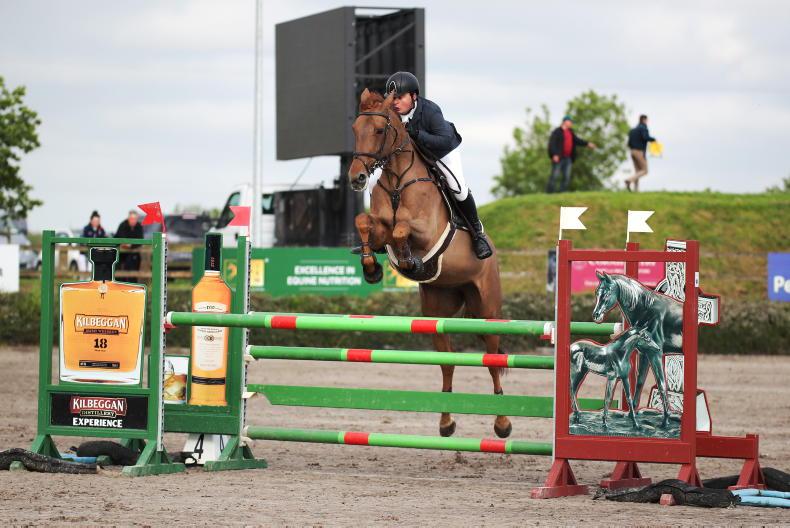