Title: LOOKING BACK: Mooney’s at the Heart of Racing 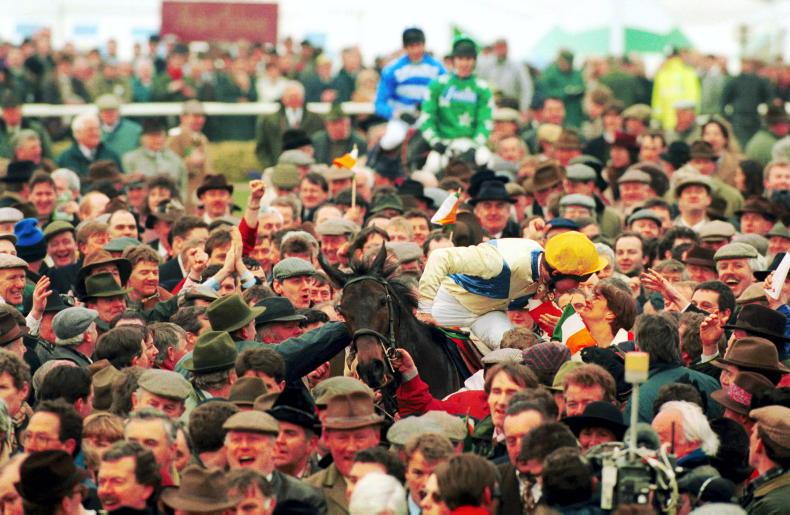 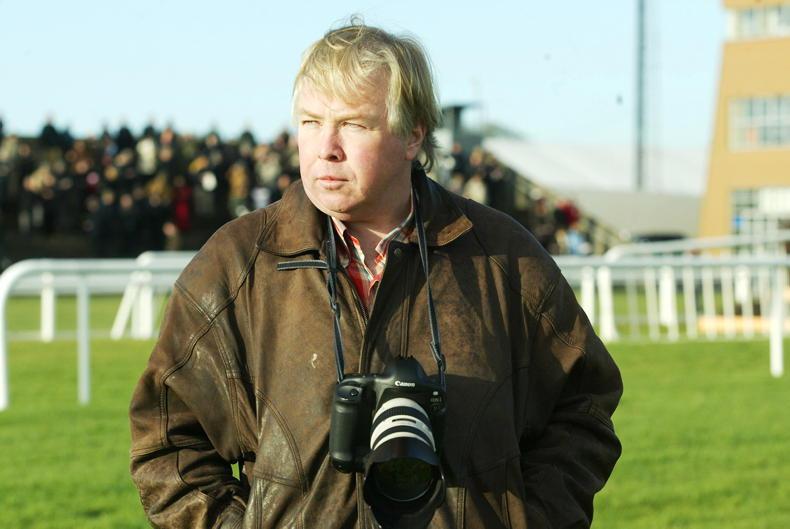 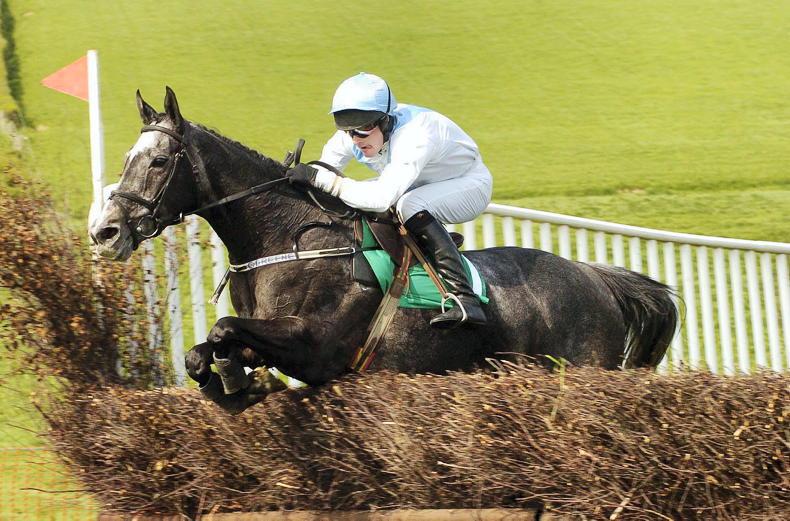 Free Hill and Mark O'Hare, part of a great six-timer for the rider \ Healy Racing 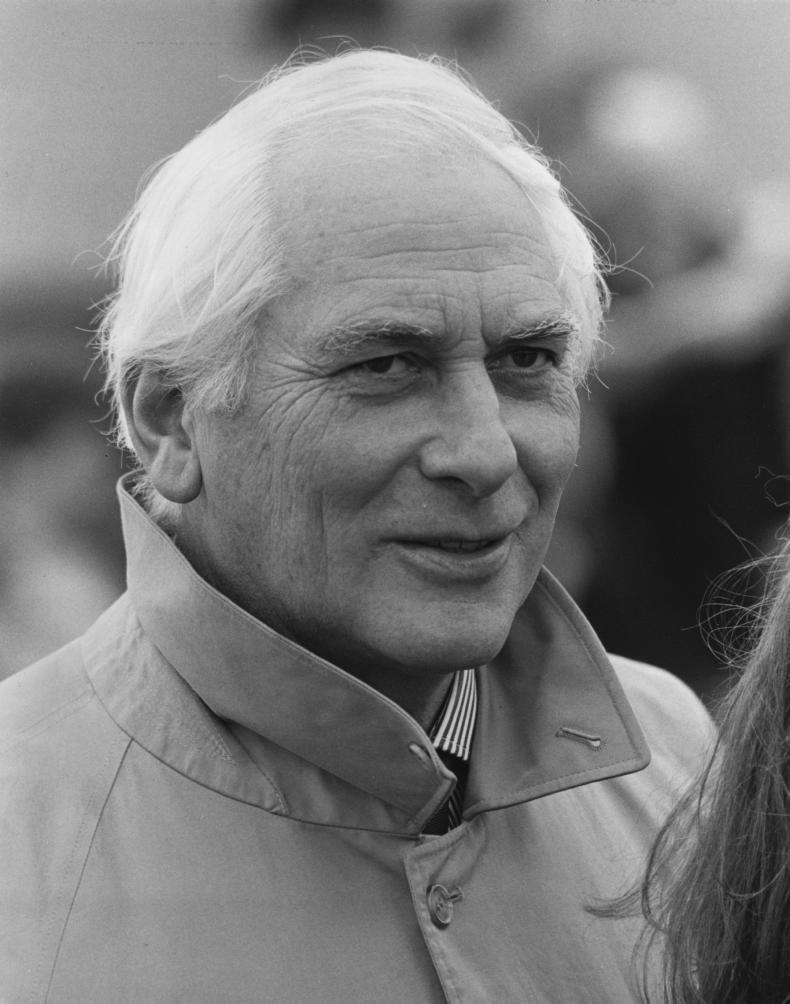 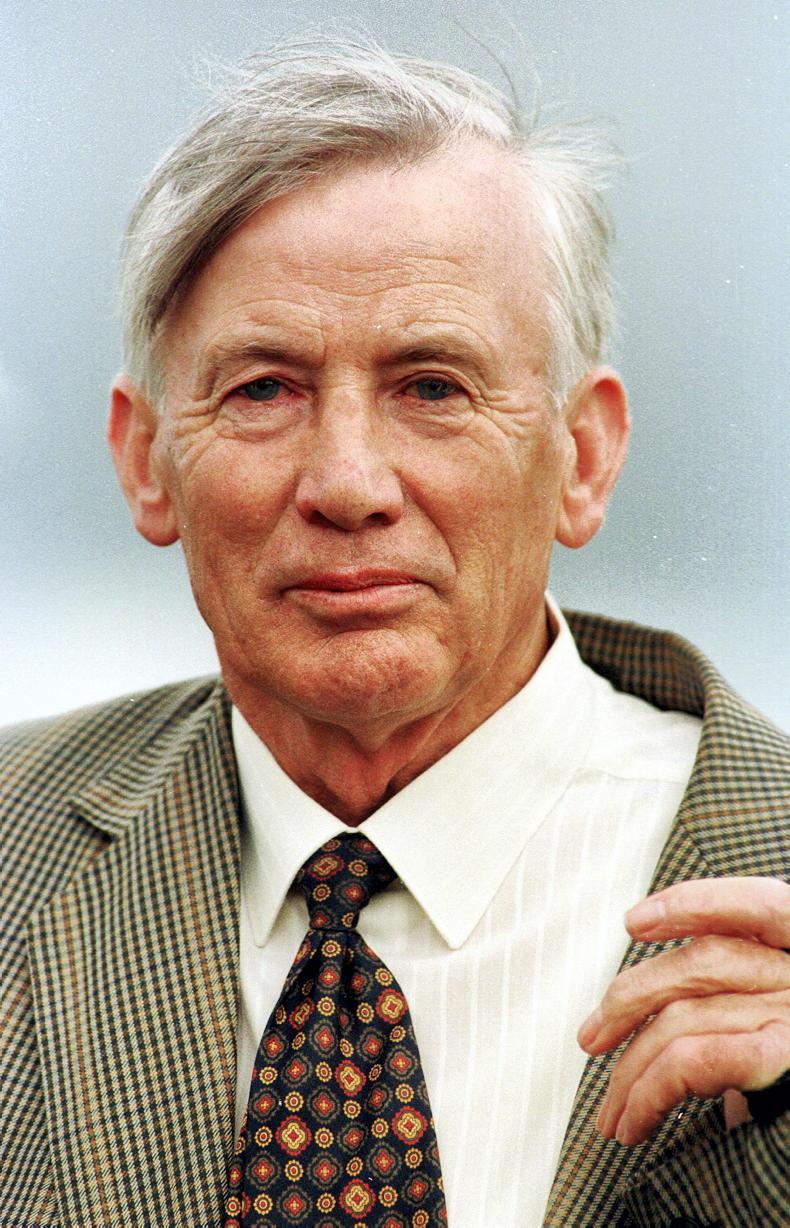 AT eight years of age, my dad bought me a Brownie 126 which led to my introduction to photography.

I took that little camera everywhere, using it to plague my hero, Nicky Brennan, at every opportunity, and he was never less than welcoming to me. I have been going racing since I was a very young child of four or five. I am a diabetic, and in those days there was a great rigidity to the condition.

So my father took me racing as it led to a more consistent means of exercise than playing other sports. My earliest memory of horses was watching Quare Times in action at Leopardstown. I also have very fond recollections of the Irish Grand National, which was a huge family occasion in those days.

Picnics were held in Ballyhack, and it was one of the biggest crowd-pullers of the time. I viewed a number of Nationals from the infield, including Arkle’s victory. I also saw the horse win at Leopardstown, and took a photo of him at the Spring Show of 1965.

Just before leaving school I joined Peter Sweetman in Clare Street, and spent four years learning the art of photography from him. Later I moved on to work with Neil Campbell Sharp in the fashion industry. I learned a great deal about lightening and using the best angles available to take a good photograph.

While it was a million miles away from horse racing, I’ve found it a great benefit in my later work. During this period I continued to cover race meetings for myself, and also found the time to complete a photography course in Kevin Street College.

There has been a great deal of change through the years; from having to process your own black and white films and prints, through to colour film, to where we are now in the digital age! While the film era was very time consuming, owing to the hours needed for the physical processes of developing and printing, it was more satisfying in some ways.

There was less opportunity to take ‘the perfect picture’, as camera motor-drives were in their infancy, and one needed to be far more selective in what shots were taken. Nowadays, it can be manipulated much more readily with commercial computer programmes like Photoshop.

On the plus side, it’s more efficient and much faster now, I can take photos at the races, upload them immediately, and can have them despatched within minutes of the horses passing the finishing post. My line of work includes the coverage of race meetings, stud farms, bloodstock sales and gallops.

Work at the races includes taking pictures such as race finishes, jumping and atmospheric photos, groups and presentations. Having downloaded them to my laptop, I caption and edit the relevant images in order to prepare them to be sent to clients, after which I file them in a folder for that day’s meeting.

This work takes place, where possible, between races, and after the meeting has finished. Stud farm work includes providing images of general stud scenes, foal pictures, stallion portraits and action shots for brochures. The bloodstock sales coverage would include atmospheric images and horses, and it also offers an opportunity to build a file on personalities in the game.

Before I head out on an average day I will check my camera to make sure that it is clean, and the battery is fully charged. I spend a lot of time thinking about how races will be run, as it can be important with regard to getting the best vantage point from which to take photographs.

You have to work around the weather to the best of your ability. A photographer needs great adaptability in order to try and work out the perfect angle for themselves.

Luck also plays a large part in photography, as being in the right place at the right time led to me winning an award from the Press Photographers Association of Ireland in 1997. I received the accolade for a photograph I took in the immediate aftermath of Imperial Call’s Gold Cup triumph.

My shot managed to capture the moment when winning rider Conor O’Dwyer picked out his fiancée Audrey Cross in the throngs. A second or two later and that image would have been lost forever.

Six wins and early to bed

MARK O’Hare claims he was too tired to do much celebrating on Saturday night, following his six-timer at Taylorstown that afternoon. He said: “I went and had a few pints, but was in bed early!”

The first rider to achieve that feat since Adrian Maguire partnered six winners at Dromahane in May, 1991, O’Hare went into yesterday evening’s Fermanagh meeting at Necarne Castle three wins ahead of Derek O’Connor, with whom he shared the northern title last season.

At the Newry meeting the Warrenpoint man was particularly impressed with Sean McElroy’s Zaffaran six-year-old Dree Hill, who won the first division of the mares’ maiden having been beaten first time out at Limavady.

As she is a grey, I expected Michael Stroud to be showing an interest in the Jerry Cosgrave-trained winner, but he was nowhere to be seen.

Not a question of vengeance

YOU could not ask for a better horserace than the 2000 Guineas at Newmarket on Saturday. Zino, the hope of France, and Wind And Wuthering fought a titanic battle throughout the length of the Rowley Mile.

Freddy Head has been a constant butt of criticism for his riding in this country, but he is far too experienced a campaigner to let that worry him, and he could not be faulted on this occasion. This was his first classic win in England after numerous attempts, and he could afford a wide smile on his boyish face as he returned to a warm applause.

Later he was anxious to praise the runner-up. “Wind And Wuthering is so tough. He kept on so well that my horse only headed him at the finish,” he said.

Zino’s trainer, the elegant Francois Boutin, had even more cause to celebrate than his jockey. Boutin has endured a miserable run of fortune in England in recent years, all with good grace.

There had been the traumas of two positive dope tests on Trepan, and the cruellest blow of all, the disqualification of Nureyev in the 2000 Guineas two years ago.

In his moment of triumph on Saturday, Francois Boutin swiftly rejected any suggestion of revenge or bitterness at his previous experiences here.

“Today is not a question of vengeance,” he replied to a questioner. “I did not even think about it. I just wanted to win and I’m very pleased we did.”

THE 1957 Punchestown meeting was one of the most successful in the history of the fixture, and on both afternoons spectators were treated to some highly-interesting racing, highlighted by several close finishes which called for the use of the photo-finish camera.

It was a glorious, sunny afternoon on Tuesday, and the attendance was well up to a first day’s standard, while there was a really huge crowd present on Wednesday.

The chief event of the fixture, the Conyngham Cup, proved to be a triumph for the south, The Babe II, owned by Mrs L Rose of Fermoy, winning from two other Munster candidates in Bruno II and New Hope. Riding honours were to Mr Francis Flood, who had three successes on the first afternoon, and another on Wednesday.