Title: JAPAN PREVIEW: Contrail bids to go out on top 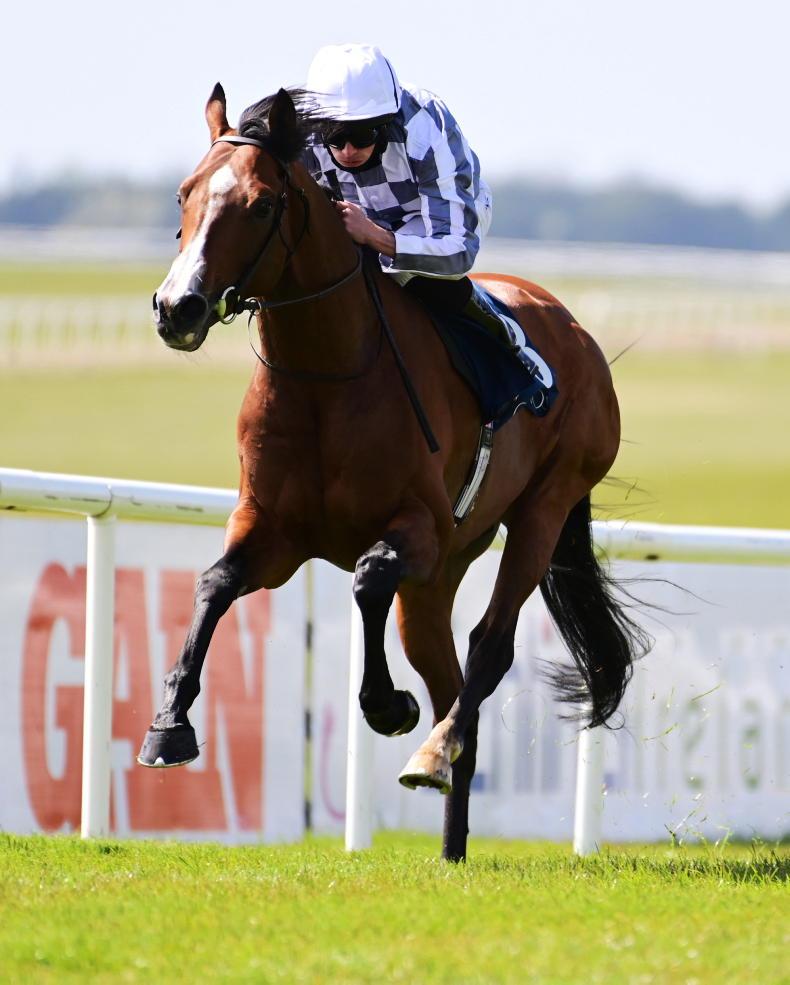 USUALLY held in front of crowds of well over a 100,000, just a fraction of that number will be permitted into Tokyo racecourse for the Japan Cup tomorrow.

Restrictions on social gatherings and distancing protocols continue despite gradual easing from earlier in the year.

You have to go back to 2005 and Alkaased to find the last foreign-trained winner, but there are three European challengers with prospects of success for the €5 million prize pool.

Both Broome and Japan have Japanese owners, and they are joined by the French mare Grand Glory for this 41st running.

There are six Group 1 winners among the 18, with 2020 Triple Crown champion Contrail ready to join the ranks of Japan’s top 10 money earners.

Japan and Broome have fared differently in the draw and Japan looks to have a tough task widest of all in 18. Broome is well placed to go forward from three, with Contrail beside him in two and Grand Glory in seven.

Broome ran really well in the Breeders’ Cup Turf, just beaten half a length by Yibir, with Japan running on in fourth.

Broome had won his Group 1 in the Grand Prix de Saint-Cloud in the summer, then ran fourth in the King George VI and Queen Elizabeth Stakes and second in Prix Foy. Ryan Moore rides.

Japan won a Group 3 at Leopardstown in July before three defeats in the US. He’ll have four-time Japan Cup-winner Yutaka Take in the saddle.

Trained by Gianluca Bietolini, five-year-old Grand Glory won the Group 3 Grand Prix de Vichy in July, followed that with a win in the Group 1 Prix Jean Romanet at Deauville and was then just beaten a nose by Rougir in the Prix de l’Opera at ParisLongchamp.

Contrail bids to get his career back on track after suffering defeats in his last three runs. Despite his dip in form, the son of Deep Impact will undoubtedly be sent off as favourite given the strength of his form as a three-year-old.

Trained by Yoshito Yahagi, Contrail comes from a yard in blistering form. The leading trainer is fresh from a hugely successful raid on the Breeders’ Cup with Loves Only You and Marche Lorraine.

Contrail finished runner-up in the 2020 Japan Cup behind Almond Eye. In April, he ran third behind winner Lei Papale in the 10-furlong Group 1 Osaka Hai on heavy going.

But his length second to Efforia in the Tenno Sho (Autumn), with Gran Alegria in third, is top notch form. The Japan Cup will be his final race.

The 2021 Tokyo Yushun (Japanese Derby) winner Shahryar (Deep Impact) appears to have the strongest form in the race to trouble Contrail. A hugely impressive winner from off the pace in Derby when beating the subsequent Tenno Sho (Autumn) winner Efforia, he needs to put a disappointing autumn reappearance well behind him.

The four-year-old Authority, a son of Orfevre enjoys a good record the Tokyo track. Christophe Lemaire, aiming for his fourth Japan Cup, rides.

The sole filly is the intriguing Uberleben. Winner of her only start over 12 furlongs, the daughter of Gold Ship won the Yushun Himba (Japanese Oaks) in May. Availing of both the age and sex weight allowance, the Mirco Demuro-ridden three-year-old will have 4kg in hand over the majority of the field. 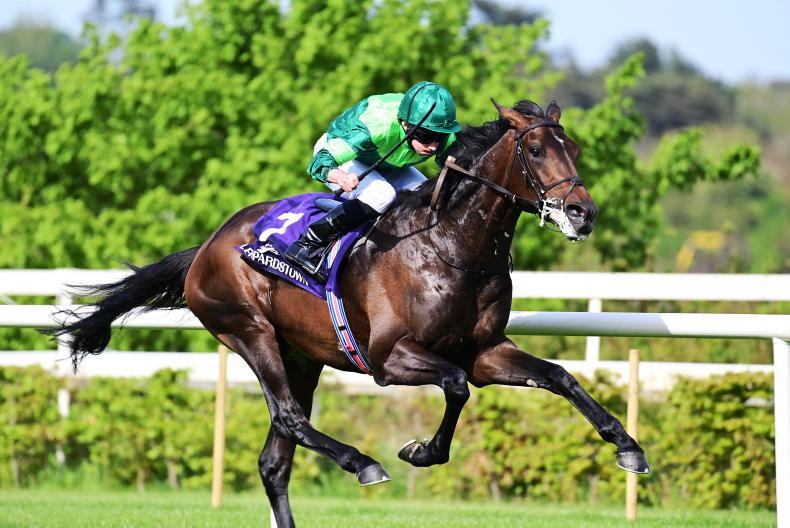 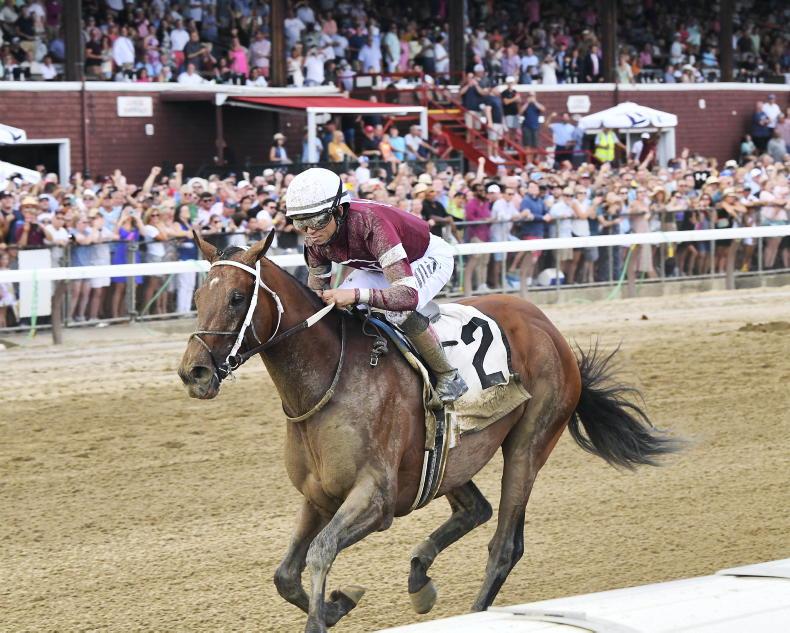 Anne Marie Duff
AMERICAN PREVIEW: Travers D-day for Epicenter
It's a big night of Grade 1 action at Saratoga with the Travers Stakes the highlight and Aidan O'Brien's Broome in the Sword Dancer 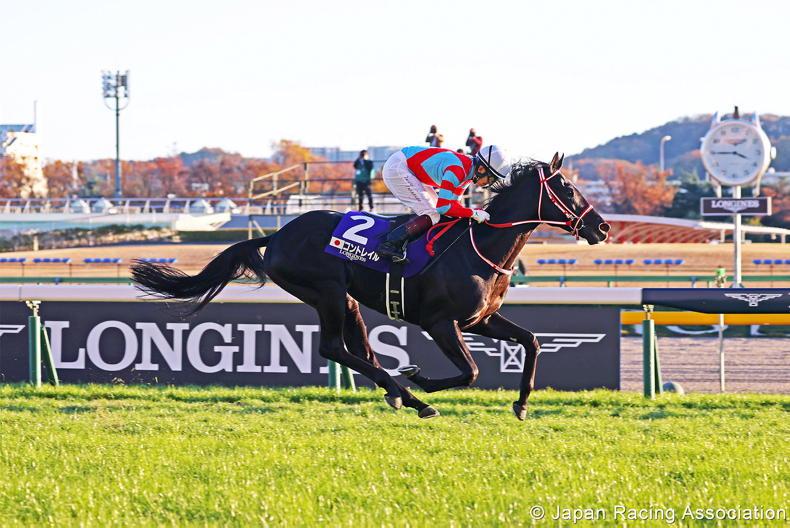 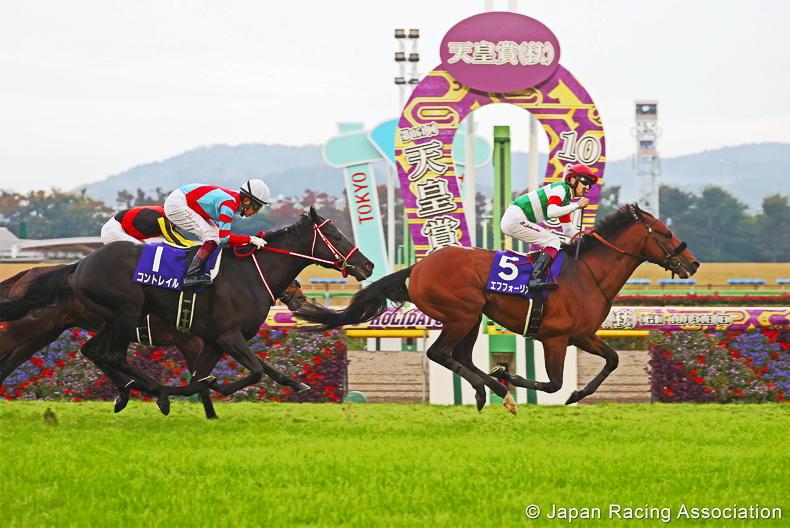