Crowds returned to the classic with over 60,000 in attendance to see a legendary jockey triumph again 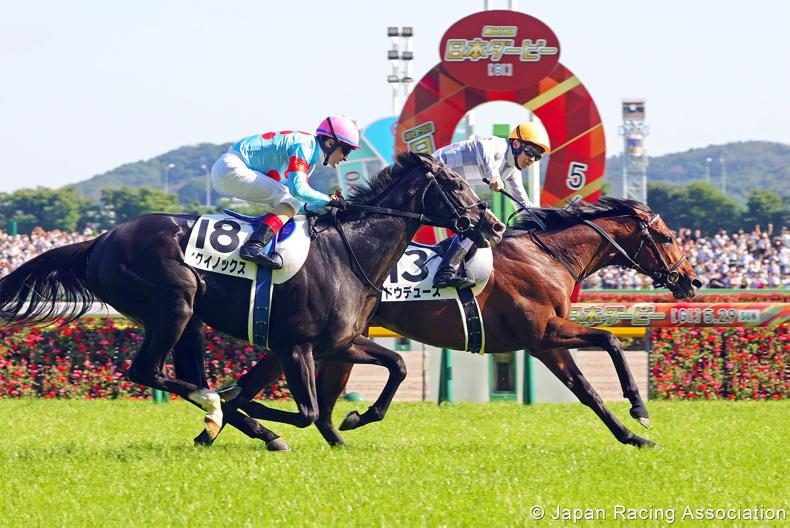 THREE-year-old colts were the intended focus of the day, but it was a 53-year-old jockey that stole the Derby spotlight.

The Tokyo Yushun (Japanese Derby) is one of the most hotly anticipated races on the JRA fixture list each year. Run over 2400 metres at the headquarters of racing in Japan with a rich heritage of previous winners. This year marked the 89th running of the classic, with a €3 million prize pool on offer.

The 2022 Derby represented a significant milestone in the process of easing restrictions in response to Covid-19. The JRA announced that 70,000 tickets would be available to the general public.

The official attendance recorded on Derby Day was 62,364 people, a considerable increase from the 4,944 people permitted entry last year.

Veteran jockey Yutaka Take had been uncharacteristically bullish on his chances aboard Do Deuce in the lead up to the classic. The colt was settled towards the rear of the field before Take made a trademark stalking move at the end of the back stretch.

As the field entered the home straight, Do Deuce showed a devastating turn of foot to quickly take charge deep inside the final furlong, hitting the line a winner by a neck.

Equinox finished second in the Satsuki Sho (2000 Guineas) and was widely expected to appreciate the extra two furlongs in the Derby. Breaking slowly and appearing to resent the frantic early pace, Equinox raced in last place but finished with a game closing run, pressuring Do Deuce all the way to the line.

The winner stopped the clock in a new race record time of 2m21.9secs. However, the fastest final three-furlong sectional time was posted by the runner up, Equinox.

Ask Victor More was the sole runner to take prominent order from the start. Still holding the lead passing the 200m marker, he finished third, beaten by two and a half lengths.

Satsuki Sho winner Geoglyph (Drefong) proved that concerns over his ability to see out the distance were largely unfounded.

Despite the furious galop, Geoglyph stayed on to finish in seventh place. It was declared after the race that the colt had sustained a pastern fracture that will force a three-month break.

Yushun Himba (Japanese Oaks) winner and Triple Tiara candidate Stars on Earth sustained a similar injury that will force her absence until the autumn. The final leg of the Fillies’ Triple Crown is the Group 1 Shuka Sho scheduled for October 16th.

THE Japanese racing industry has an unwavering desire for Prix de l’Arc de Triomphe success. It’s a lust that only seems to increase with each failed attempt. In the immediate aftermath of Do Deuce’s scintillating Tokyo Yushun win, connections of the colt announced their intent to travel to ParisLongchamp for the October showpiece.

A son of the recently pensioned Heart’s Cry, Do Deuce won the Group 1 Asahi Hai Futurity as a two-year-old and finished an eye-catching third in the Satsuki Sho. He is out of the American Grade 2 winner and Grade 1 runner-up Dust And Diamonds.

The mare was purchased by Katsumi Yoshida at the 2016 Keeneland November Breeding Sale, in-foal to Pioneerof The Nile, for $1,000,000. Do Deuce was bred by Northern Farm and Kieffers Co. Ltd. and runs in the latter’s grey and white colours.

In contrast to the Satsuki Sho (Japanese 2000 Guineas) with both first and second by sires having their first classic crops, the Tokyo Yushun was a stark reminder of the vacancies at the summit of the lucrative stallion rankings in Japanese breeding. Five of the first six home in the Derby were by Heart’s Cry or Deep Impact.

Just eight out of the total 18-runners were by stallions that are currently active in Japan. Deep Impact was responsible for the last four consecutive Derby winners.

The return of crowds and a wide-open betting affair, race wagering recorded a significant increase from 2021. Betting turnover on the Derby increased by 14% to a pre-Covid-equaling €210 million.

As Do Deuce was paraded, chants of ‘Yutaka’ reverberated through the vast grandstand. It was a 79th JRA Group 1 and a sixth Tokyo Yushun win for the icon of Japanese racing.

At 53 years old, the former champion jockey is the oldest rider to win the colts’ classic. Since his debut over 35 years ago, Take has won a group race every season. 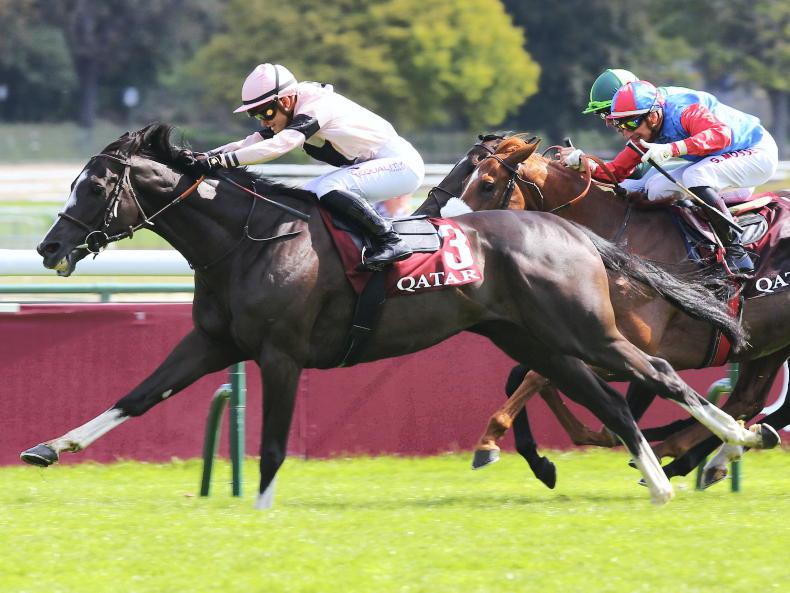 James Crispe
FRANCE: Simca holds on but Deuce may still deliver
There was as much attention on the beaten horses, Verry Ellegant and Do Deuce in the Arc trails at ParisLongchamp 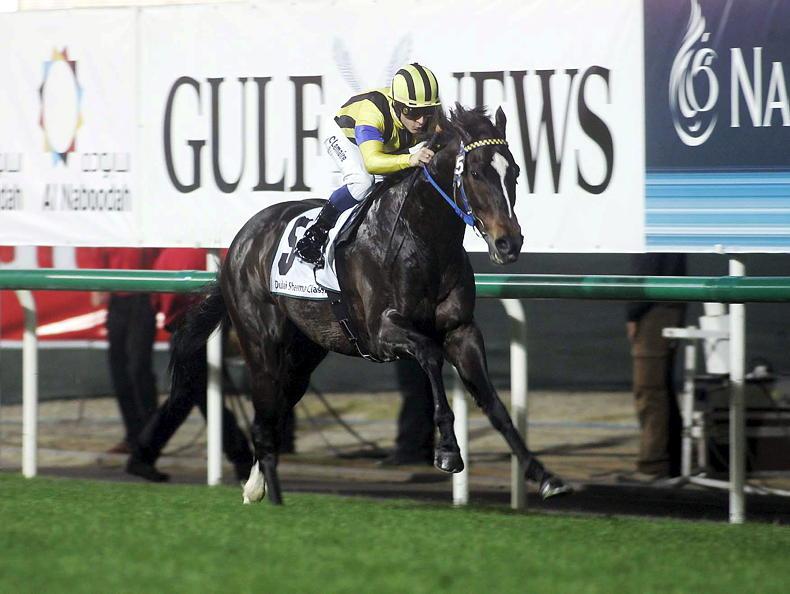 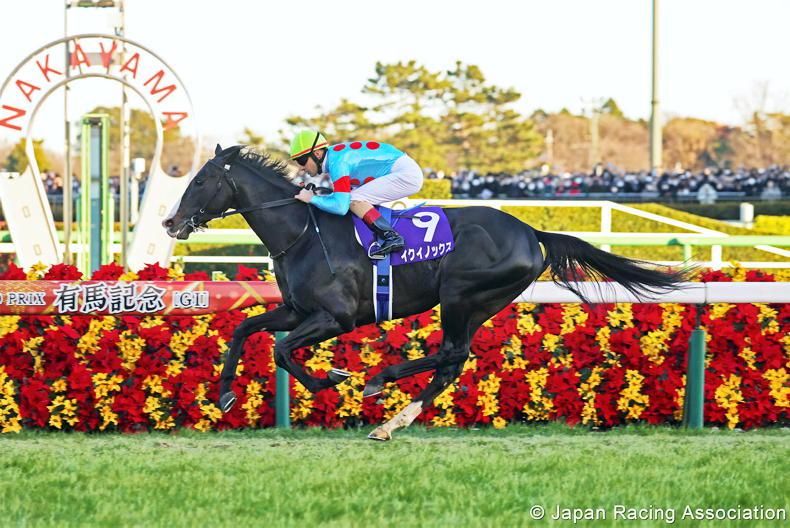 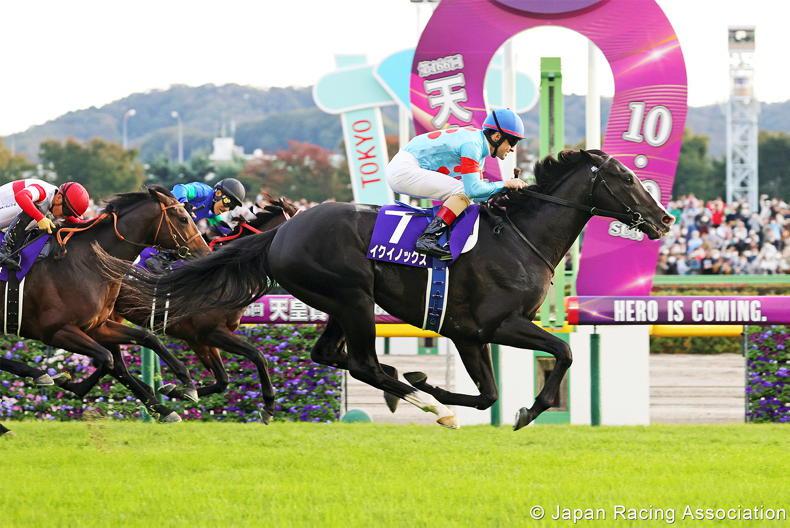 Anne Marie Duff
JAPAN: Exhilarating Equinox excels in dramatic Tenno Sho
"The huge gap did worry me a bit, but my colt gave his best and displayed an incredible turn of foot," - Christophe Lemaire