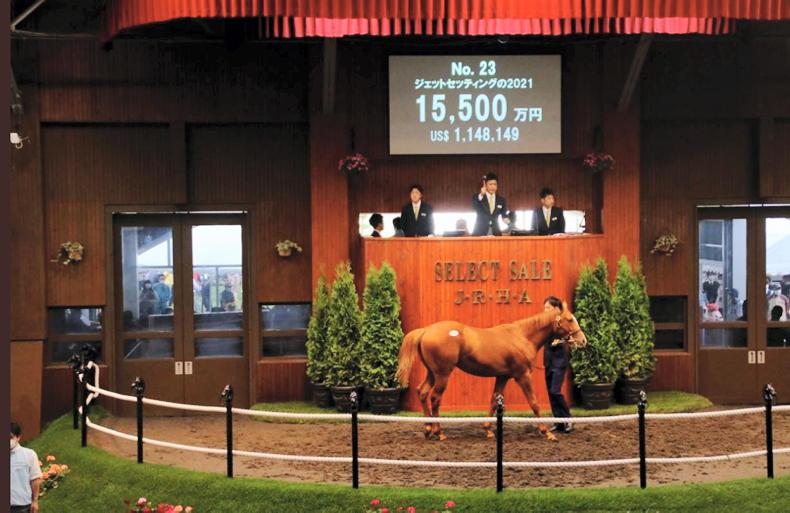 This yearling colt by Frankel out of Irish 1000 Guineas winner Jet Setting was sold for €1,225,000. Consigned by Northern Farm, he was purchased by American Turf

It’s rare for those in attendance at the sales complex of Northern Horse Park being forced to wait for fireworks from the rostrum. That trend continued with the first lot through the ring attracting a flurry of bids before being knocked down for €1.43 million.

Lot 76, a son of Maurice, held the highest reserve of any yearling from the consignment of Northern Farm, a €725,000 price tag. The deep-bay colt had yet to enter the ring when an opening bid of €1.44 million was signalled to the auctioneer. Followed by bids from all angles of the sales pavilion, Masahiro Noda’s Danox operation secured the final bid of €3.25 million. Danox Co. Ltd. signed for six yearlings for a total of €8.3 million.

The sales-topping yearling will carry the famous red and white silks of Danox Company and the prefix of Danon once he is named. He is out of the multiple Group 1-winning Australian mare Mosheen (Fastnet Rock). He is a half-brother to Group 3-winning and consistent Group 1 performer Primo Scene (Deep Impact).

Maurice (Screen Hero) was represented by 11 yearlings on day one and they all changed ownership for an average of €820,000.

Of European interest, Lot 23 was the May-born colt out of Irish 1000 Guineas heroine Jet Setting (Fast Company). The imposing son of Frankel had an initial reserve of €500,000 and the sole progeny of the European champion sire on offer was sold for €1.225 million.

Historically, prospective buyers from within Japan have been more focused towards the unique foal market when foals are offered for auction prior to weaning. However, since 2015 the margin between the two sessions has been narrowing. This year marked near identical returns in all sale metrics for both the yearling and the foal trade.

In the absence of leading sires such as Deep Impact, Heart’s Cry and Daiwa Major to supply the inevitable leading lots. It was down to the next generation of sires to captivate the throngs of buyers in attendance on day two of the JRHA Select Sale.

The leading foal of the session was Lot 393, a son of the ill-fated Duramente selling to Red Horse for €2.3 million. The colt is out of the Grade 2 Gulfstream Park Oaks winner Champagne Anyone (Street Sense).

The late son of King Kamehameha has sired two individual Group 1 winners this year, namely Arc hope Titleholder and classic winner Stars On Earth. Once believed to be the inevitable successor of his own sire, Duramente succumbed to complications from acute colitis in 2021. He covered 131 mares in his final year at stud.

Second highest price of the day was secured by a colt from the first crop of Bricks And Mortar (Giant’s Causeway). Tetsuhide Kunimoto purchased the colt for €2.45 million from the Northern Farm consignment.

Saturnalia (Lord Kanaloa) was another first season sire in feverish demand. A 100% clearance of his 14 foals on offer resulted in an average of €730,000. Lot 339 sold for €2.35 million to Kaneko Makoto Holdings. The February-born colt is a three-parts in blood sibling to Group 1 Mile Championship winner Stelvio. 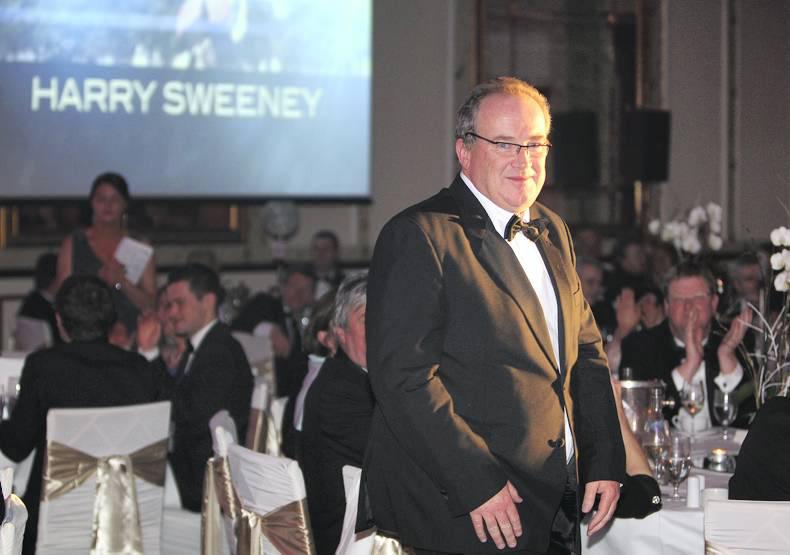 Japanese Sale with lots to offer
Irishman Harry Sweeney's Paca Paca Farm will be among the vendors at the JRHA Sale in July, writes Leo Powell 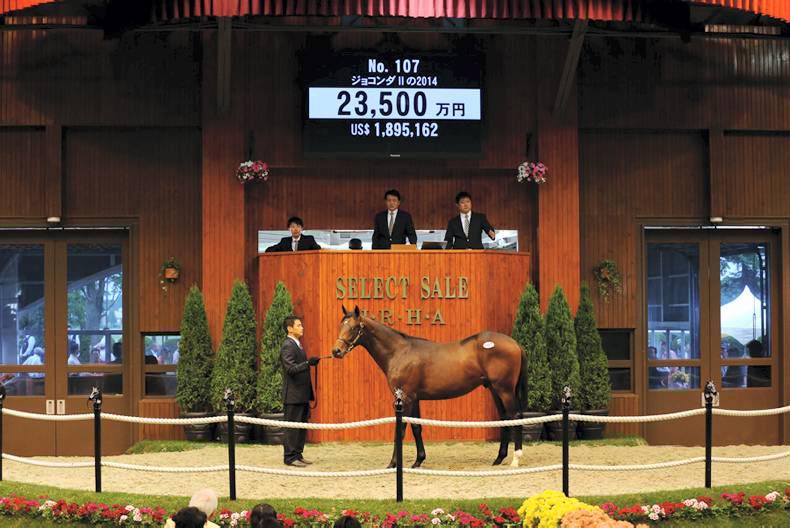 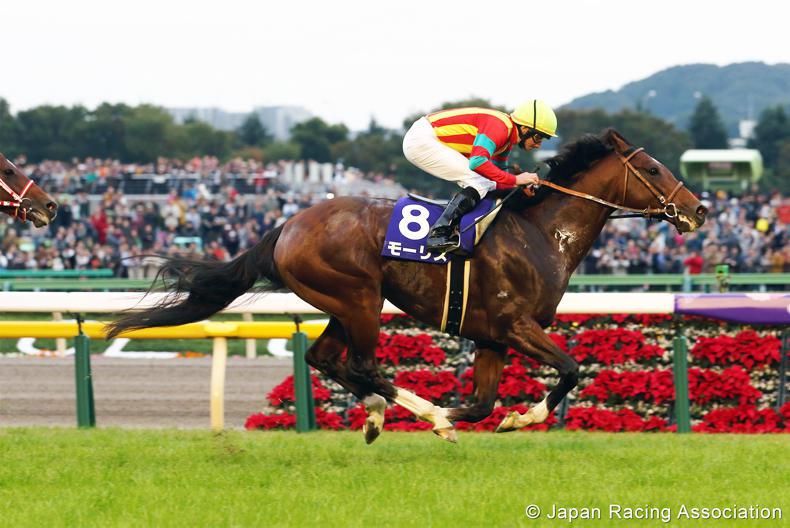 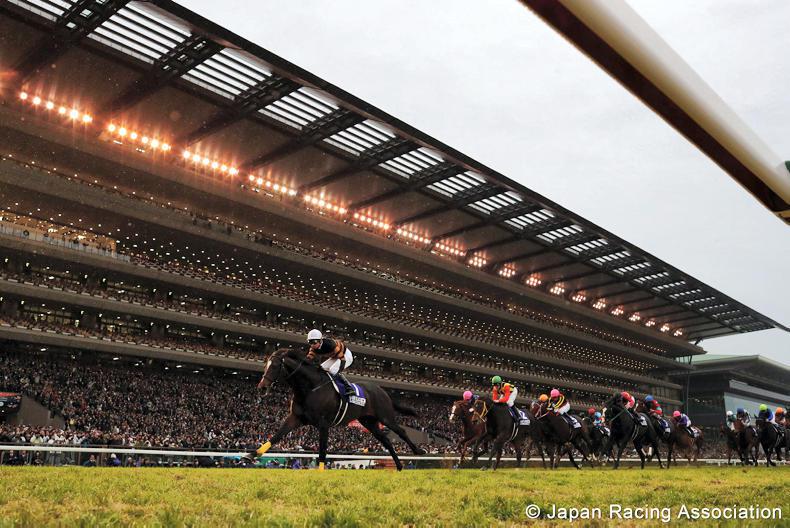