Just one final step...
You must confirm your email address by clicking on the link we’ve sent to your email address.
You are only one short step away from reading 5 free Field+ articles.
PARISLONGCHAMP PREVIEW: France returns with a bang

PARISLONGCHAMP PREVIEW: France returns with a bang
By James Crispe on 15 May 2020
James Crispe welcomes back French racing with a preview of the ParisLongchamp card on Monday where Sottsass and classic contender Victor Ludorum are star attractions

HALLELUJAH! Five days after Germany became the first major European nation to allow racing to recommence, France’s thoroughbred population will on Monday again be able to do what it was born to do, with resumption meetings scheduled for ParisLongchamp (starting late morning), Compiegne (mid afternoon) and Toulouse (evening).

Unlike Germany’s relatively low key restart, France will return with a bang. Although the quality of the action will surely be of strictly limited succour to the loved ones of its 25,000 coronavirus victims, it will be the nation’s solitary sporting action as it celebrates re-emergence from an eight-week lockdown.

Available for free throughout the country on the Equidia television channel, the 29-race bonanza will feature such equine luminaries as, at Longchamp, the Prix du Jockey-Club hero, Sottsass, and the unbeaten Prix Jean-Luc Lagardere winner, Victor Ludorum; and, over jumps at Compiegne, the three-time Prix la Haye Jousselin scorer, Bipolaire.

As part of France Galop’s virus-prompted austerity drive, Longchamp’s five blacktype races all offer 30% less prize money than was originally intended – while the rest of the card is subject to a one fifth reduction in value.

Unsurprisingly, given the lack of alternatives, these cutbacks have not affected the calibre of the participants.

Absent since his excellent third in a vintage renewal of the Prix de l’Arc de Triomphe last October, Sottsass has a stiff enough task in the Group 2 €90,000 Prix d’Harcourt, especially given, Arc apart, the only other defeats in his seven-race career have come on his two seasonal debuts.

The son of Siyouni must give at least a couple of pounds to his eight rivals, no less than six of whom have already been successful at pattern level.

The highly reliable veterans, Royal Julius and Way To Paris, will do their best as usual and give us a good idea about the standard of the form, but the biggest threats to Sottsass should come from the Wertheimer-owned trio of Folamour, Shaman and Soudania.

Folamour has the worst form of the three, but it is interesting that Andre Fabre has elected to keep this full-brother to the classy Slalom in training at the age of five so he could be a late developer.

Soudania, a Sea The Stars filly from the Freddy Head yard, registered a three-length triumph in a Group 3 over this track and trip in September prior to getting stuck in the mud in the Prix de Conseil de Paris and is also worth a close look.

Pick of the posse

But the pick of the posse could be the Carlos Laffon-Parias-trained Shaman, runner-up in two Group 1 mile events last term and trying this longer distance for the first time.

Fabre holds the key to both of these one mile, €56,000 Group 3 events as, in the shape of the colt, Victor Ludorum, and the filly, Tropbeau, he saddles a pair of classic hopefuls with top class juvenile form.

Victor Ludorum was unbeaten in three two-year-old races, culminating in a ready success in a steadily-run renewal of the Group 1 Prix Jean-Luc Lagardere. Ecrivain and Helter Skelter, the close fourth and fifth from the Lagardere, reoppose and Victor Ludorum should confirm those placings.

The Chantilly work-watching dogs have been barking about Head’s Grotte entry, the Kingman filly, Khayzaraan. But Tropbeau might have completed a pattern race treble if she had experienced better luck-in-running in the Group 1 Cheveley Park Stakes at Newmarket last October and is impossible to oppose.

Fabre could also provide the answer to the other €56,000 Group 3 event on the card, the Prix de Saint-Georges, via the lightly-raced four-year-old Lope De Vega gelding, Duhail, who will be running over five furlongs for the first time.

Set your alarms if you want to watch this one, it is scheduled to start at 9.55am. 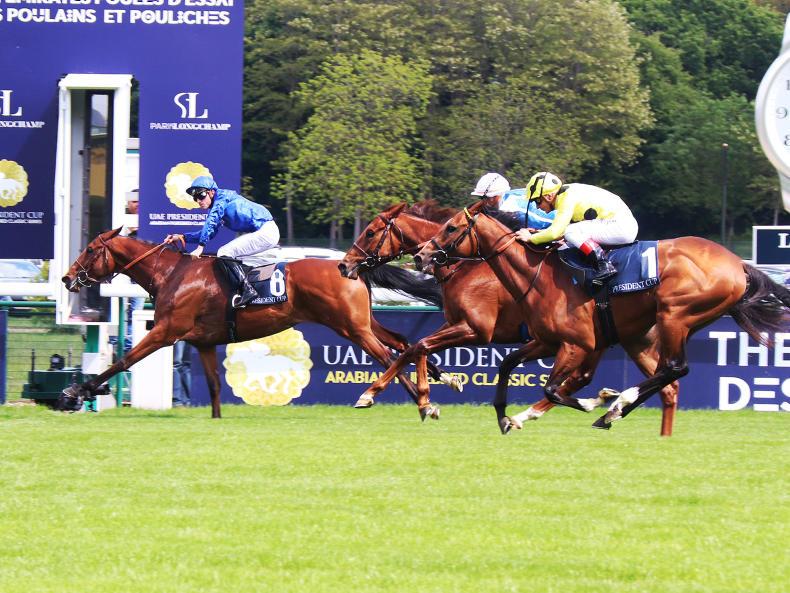 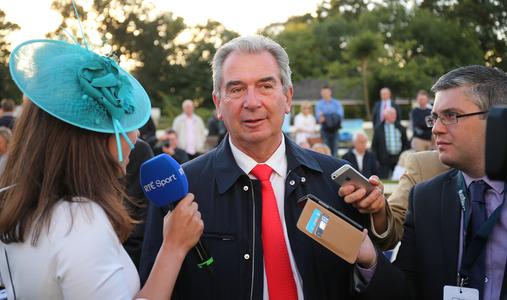 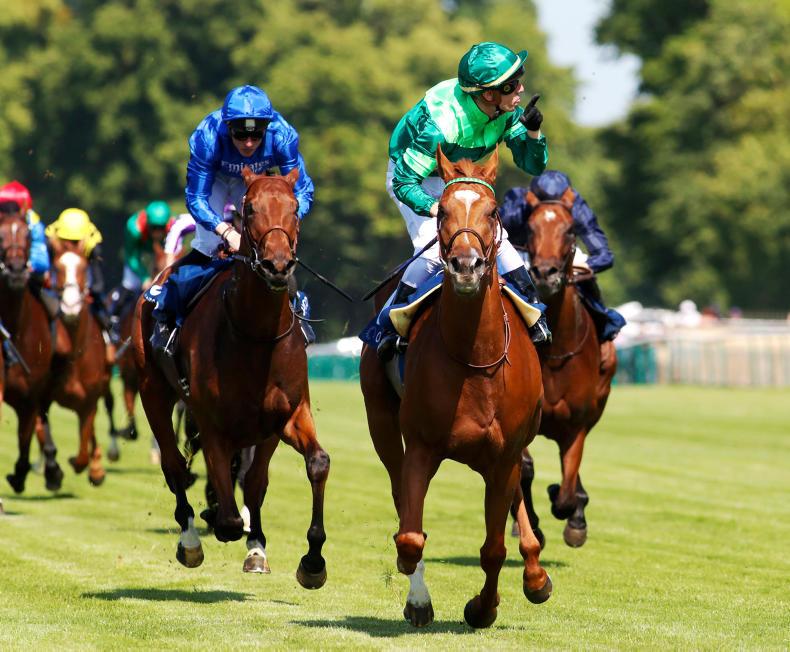