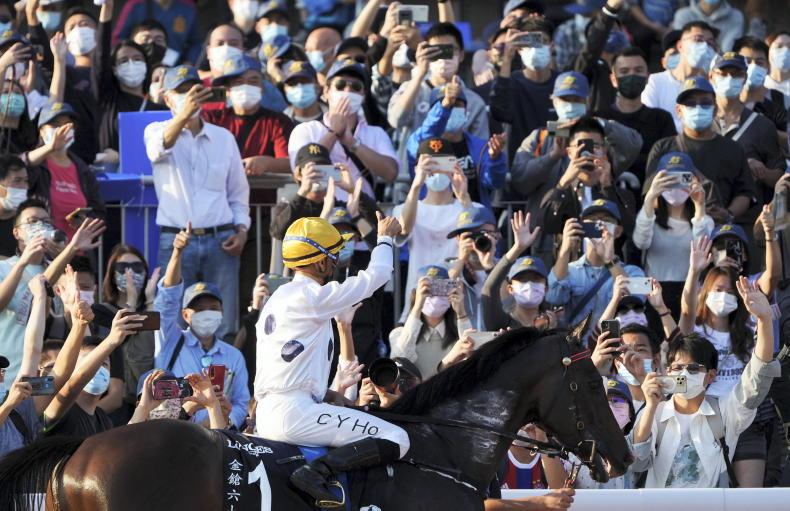 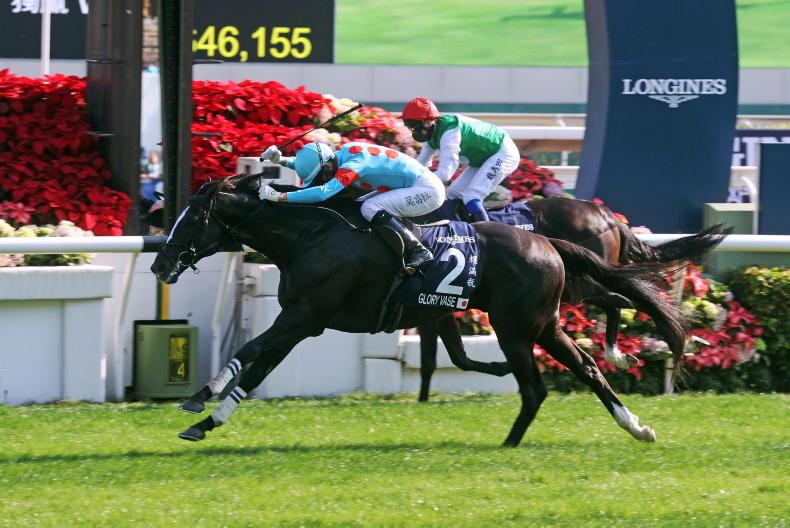 HONG Kong champion Golden Sixty rose to his biggest challenge yet in fine style when he came with a customary late run to win the Group 1 Hong Kong Mile going way from an international field.

He now stands alone as Hong Kong’s most prolific winner in history with 19 wins, surpassing the previous mantle of 18 he shared with Silent Witness and Beauty Generation, dating back to when the professional era of Hong Kong racing commenced in 1971.

Golden Sixty races in the silks of Stanley Chan Ka-Leung and is trained by Francis Lui. “I feel very happy, he’s my champion and I have to say thank you to my team and Vincent and the owner – they support me,” Lui said.

Extending his winning sequence to 16, Ho dropped the Medaglia d’Oro gelding back to the second half of the field on the fence. In the straight, Ho moved out, eventually taking a split at the 300m mark before his acceleration carried him to a one-and-three-quarter-length victory.

“I knew he was at his best, gate two was a little bit tricky, I didn’t want to be stuck on the inside but eventually the race panned out well and the pace was genuine,” Ho said.

More Than This filled second spot while Salios who made a lot of the running took third ahead of Mother Earth who finished well in fourth.

“It was much better today because the pace was on, he actually relaxed very well and as a six-year-old he’s more mature, so it’s even better,” Ho said.

The performance sees Golden Sixty unbeaten since September, 2019. “It’s all about teamwork as well, without anyone from the stable we couldn’t do this.

“He’s such an aggressive horse so he doesn’t mind going through horses,” Ho said.

“Golden Sixty is an incredible horse and he again showed today what a phenomenal horse he is.

“Francis Lui and Vincent Ho have done an incredible job and now he has bettered the record he shared with Beauty Generation and Silent Witness.”

In doing so, he overhauled the British-trained Pyledriver in the final furlong after that horse had gone clear and looked the winner.

Glory Vase unleashed a withering burst from second last turning for home, to deny fairytale results for William Muir with his first Hong Kong runner with Pyledriver and Frenchman Alain de Royer-Dupre – twice a HKIR winner – in third place with Ebaiyra as the trainer retires at the end of the year.

Martin Dwyer, who won the Vase in 2004, had Pyledriver in the slipstream behind the pacemakers and the Muir-trained stayer looked the winner a furlong out but could not hold off Glory Vase.

Dwyer was delighted with the performance of his mount. “Really pleased, good run but I think the winner is very good,” he said. He still took home the biggest pay cheque of his career.

Moreira reported of the winner: “I had a smooth run, going to the fence and saving ground. I just made sure I got into the clear and I know he’s a very strong horse at the finish and there was not a fight. He has proven to be the best horse today.”

Christophe Soumillon who rode Ebaiyra, was also happy with his filly. “She ran well, she was a bit keen in the first part of the race. When we came to the last turn, I thought she would probably fight for the win but the last 200 (metres), she got tired.”

Last year’s winner Mogul offered little after being poised to challenge coming to the home turn and jockey Ryan Moore said he was “disappointing”. Glory Vase won by a length from Pyledriver with Ebaiyra a further two and a half lengths back in third.

THE Hong Kong Sprint was marred by a horrific accident on the home bend which saw four horses fall after Amazing Star who was disputing the lead on the outer, broke a leg. He and Naboo Attack suffered fatal injuries while Pixie Knight suffered a fracture but will recover.

Shinn and Sky Field avoided the incident before holding off Resistencia (Christophe Soumillon) by three-quarters of a length. Courier Wonder (Joao Moreira) was third.

Shinn said: “I have mixed emotions for winning this race today. Obviously, the first emotion is that my feelings are with the fallen jockeys and horses out there.

“It’s gut-wrenching for any rider to see a horse go down. What’s happened today, it’s a real bitter-sweet win and in a way it’s a hard win to take in the circumstances.

“We’ve always had faith in him but on the big stage things haven’t always gone this way. Today, he performed to his best today.”

Fownes added: “Definitely watching the run live, it was nasty and we’ve got mixed emotions there. One hand you’ve got a horse that is trucking along at the same time in your mind you’re thinking about ‘I hope the boys are alright and the horses’.

“It was nice to get that result with that particular horse, especially for Blake – he’s been riding really well and again today another good performance. I’ve said it for a while that he’s (Sky Field) pretty special and I think he’s got his best racing ahead of him.”

Karis Teetan came away unscathed and was able to continue riding on the card, while Lyle Hewitson suffered a fractured hip. 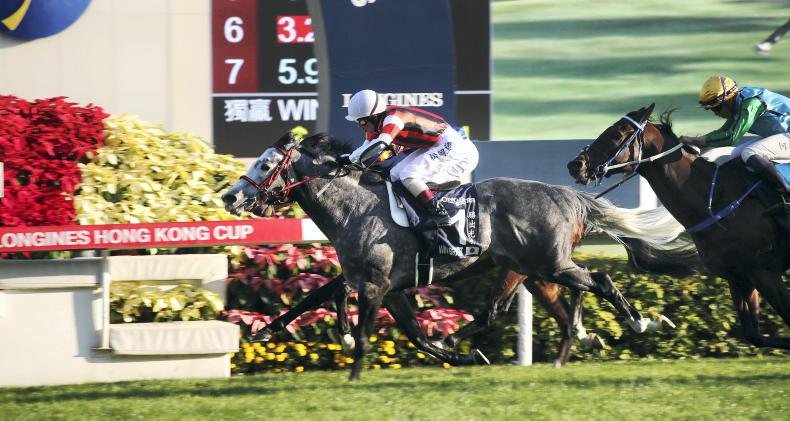 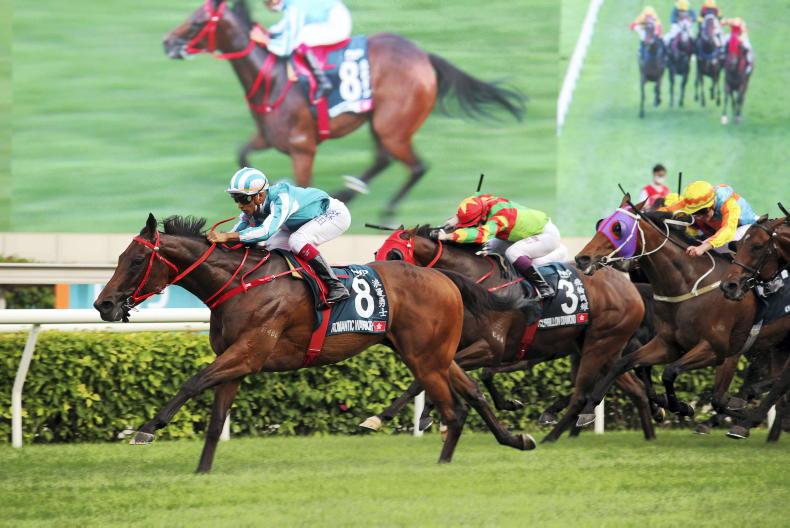 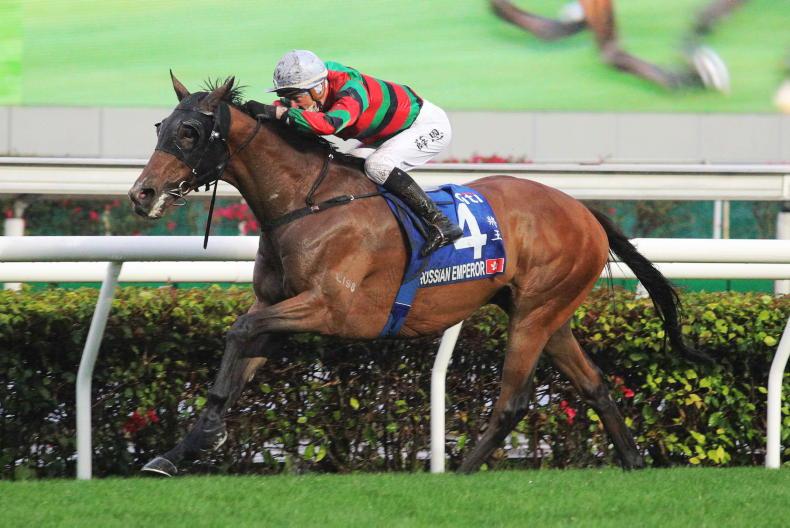