Title: FOR THE NOTEBOOK: Quevega's son has the world at his feet 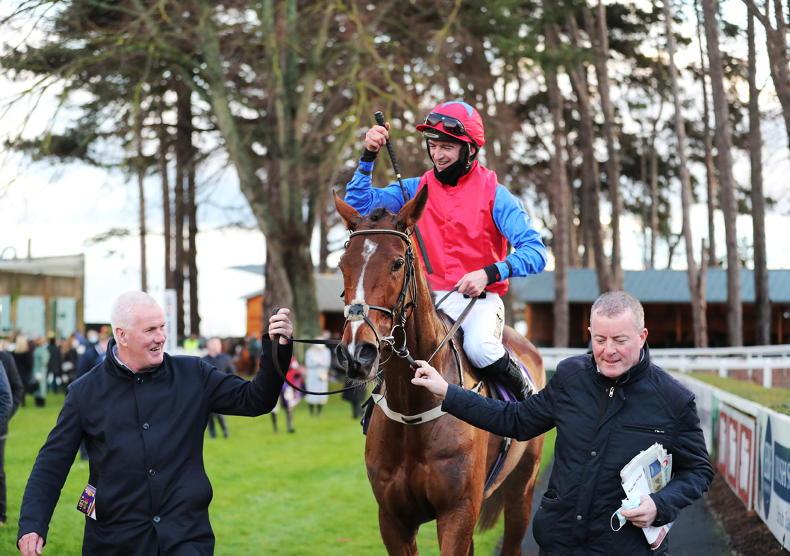 Facile Vega and Patrick Mullins being led in by owner-breeders Sean Deane and Ger O'Brien \ carolinenorris.ie

THIS week’s choice of a horse to watch out for is a highly unoriginal one, but the manner of Facile Vega’s victory in the bumper at Leopardstown would suggest that he is a horse we will hear a lot about in the future. Furthermore, he is bred to be a champion.

A son of Walk In The Park (Montjeu), Facile Vega is the second foal, runner and winner for Quevega (Robin Des Champs), and what a racemare she was for the Hammer and Trowel Syndicate, Ger O’Brien and Sean Deane. She, Thousand Stars and J’Vole all raced at the same time in their colours, and now the duo can look forward to more glory days with Facile Vega.

Quevega was a three-time winner as a three-year-old in France before her purchase to continue racing from Willie Mullins’ yard. From there she added 13 wins over hurdles, racing until the age of 10. She was lightly raced, starting just 18 times over hurdles.

Nonetheless she won the Grade 1 Ladbroke World Series Tipperkevin Hurdle at Punchestown on four occasions (and was runner-up once), and she landed the Grade 2 David Nicholson Mares’ Hurdle at the Cheltenham Festival a record six times. She was Grade 1-placed in Ireland and France too in the Punchestown Champion Hurdle and the Prix Alain du Breil d’Ete 4yo Hurdle at Auteuil.

Quevega’s first stud visit was to Beat Hollow (Sadler’s Wells) and the resulting filly, Princess Vega, was listed as being sold as a foal for €50,000. However, she raced for the Hammer and Trowel Syndicate and made a winning bumper debut at Tramore, the highlight of her four-race career. She is now expecting her first foal, having been covered last spring by Order Of St George (Galileo).

Now, Quevega having made the perfect start at stud with her first two foals, O’Brien and Deane can look forward with growing confidence to what might transpire with the younger siblings to the two winners. They are a just-turned four-year-old own-sister to Facile Vega, a three-year-old daughter of Camelot (Montjeu) and a two-year-old filly by Australia (Galileo). Quevega is due again to Walk In The Park.

Quevega is the single outstanding runner in her family, and it is interesting to see how it has developed. Foaled in 1970, Quevega’s third dam, the unraced Escarbille II (Or De Chine) had no winning siblings. She bred a single winner herself, Mir II (Signani) who won four races over jumps in France and Switzerland.

Mir II had an unraced full-sister, Negrilla (Signani), and she gave the family line a major boost, breeding six winners and all but one of them were multiple winners. Numerically, the most successful was Vega IV (Cap Martin) and she complied a decent record of six victories over jumps, winning until the age of nine. She is the dam of five winners, Quevega being the best, while another daughter, Quevega’s full-sister to Sivega (Robin Des Champs), is the dam of the Auteuil listed hurdle winner Flip De Vega (Laverock). 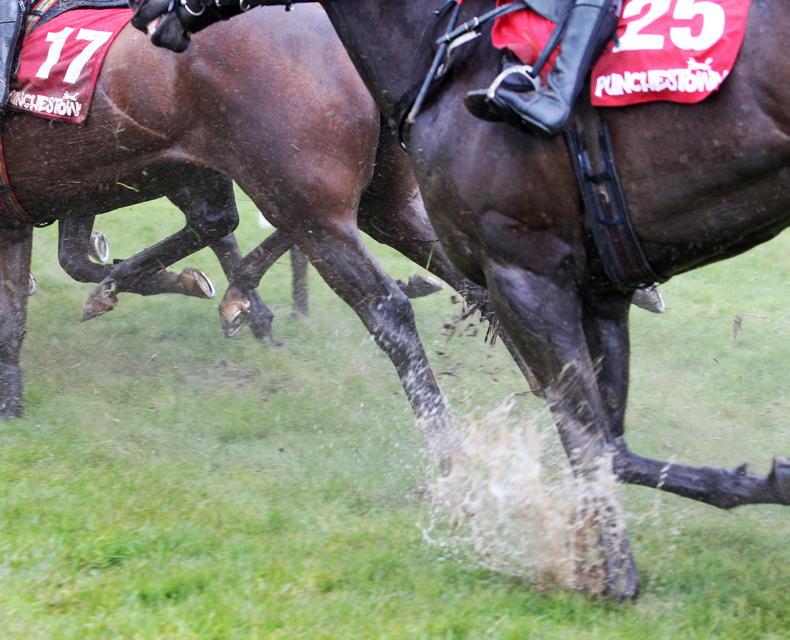 Leo Powell
LOOKING BACK: The difference a decade makes
Leo Powell looks back to the unforgettable Punchestown Festival of 2012 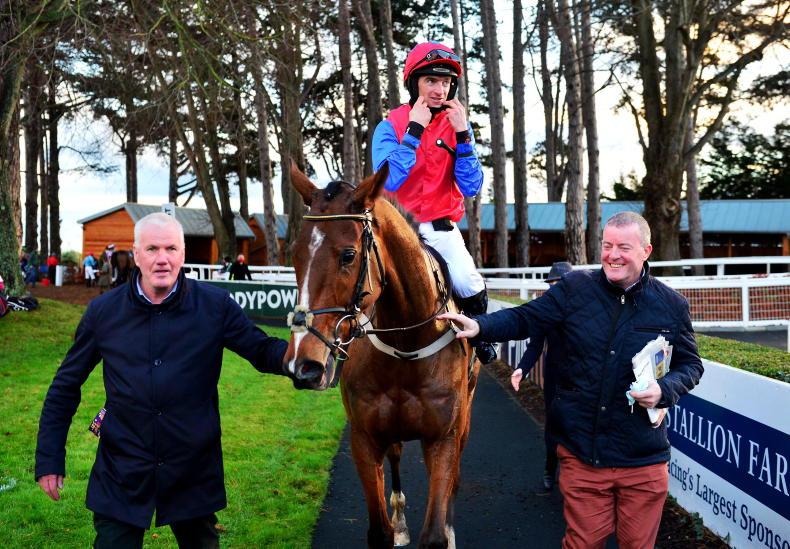