Title: FOR THE NOTEBOOK: Keep an eye on racing down under

Leo Powell may have unearthed a future racing star in Australia, one with many European connections 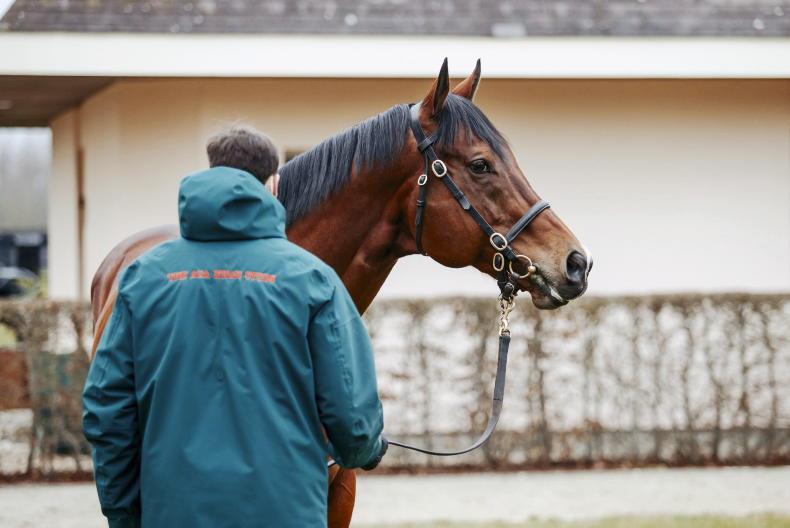 Siyouni has a new star in Australia \ Zuzanna Lupa

Bumbasina, winning her maiden at Gowran Park, is the dam of Amelia's Jewel \ Healy Racing
Previous Next

AMELIA’S Jewel is a name to remember, though you have likely not seen her win on both of her juvenile starts to date.

That is because she is trained in Australia by Simon Miller, and at the weekend her win in the Group 3 Gimcrack Stakes at Ascot had people getting very excited. Have we seen the latest racing star down under emerge?

This was Amelia Jewel’s second win in a pair of starts at Ascot, and on her debut she won the Listed Supremacy Stakes, and in both cases she has beaten Costume Party. Her win at the weekend under Patrick Carberry was a joy to behold, the only question being how far she would win the race?

While many Australian and New Zealand pedigrees will be unfamiliar to us, this is a filly whose breeding could just as easily be that of a Royal Ascot, Curragh or Deauville group winner. This two-year-year filly was perhaps prophetically named, being a homebred at Peter and Annie Walsh’s Amelia Park. She is a daughter of the French champion sire Siyouni (Pivotal) and she is the first foal of the listed-placed Canford Cliffs (Tagula) mare Bumbasina.

Bred and raced by Renzo Forni, Bumbasina won a maiden at Gowran Park and followed up at Killarney on her second and third outings, and, though she failed to win again, she was placed in listed races at Killarney and Cork. Sent for sale at Tattersalls in July 2018, she was purchased for 75,000gns by Louis Le Metayer’s Asture Bloodstock.

While Amelia’s Jewel was retained, her yearling half-brother by Merchant Navy (Fastnet Rock), a Group 1 winner in Australia and at Royal Ascot, recently topped Book 2 of the Magic Millions Perth Sale when selling for A$160,000.

Bumbasina has a colt foal by Blue Point (Shamardal) and was covered by the 2016 Group 1 Golden Slipper winner Capitalist (Written Tycoon).

This is a female line that is on the up and up. Renzo Forni picked up quite a bargain when he gave €10,000 for a filly foal by Oratorio (Danehill) out of the winning mare Sagamartha (Rainbow Quest) at Goffs in 2008, the filly being sold through Jacqueline Norris’ Jockey Hall Stud.

Named New Plays, she never raced, but she has been a revelation at stud. Her first four foals have all won for Willie McCreery and their breeder, and the three fillies among them are stakes horses.

Next up is the best of the quartet, Epona Plays (Australia). Three of her four victories have been in group races, notably the Group 2 Ridgewood Pearl Stakes at the Curragh.

His sons St Mark’s Basilica (starting this year at €65,000 and due to shuttle) and Sottsass are at Coolmore, while his daughters Laurens, Ervedya, Etoile and Dream And Do have 11 Group/Grade 1 wins between them, three of them being French classic winners. winners. Yet, the best is surely still to come.