Title: FOR THE NOTEBOOK: Further Joy for the Oppenheimer/Gosden team 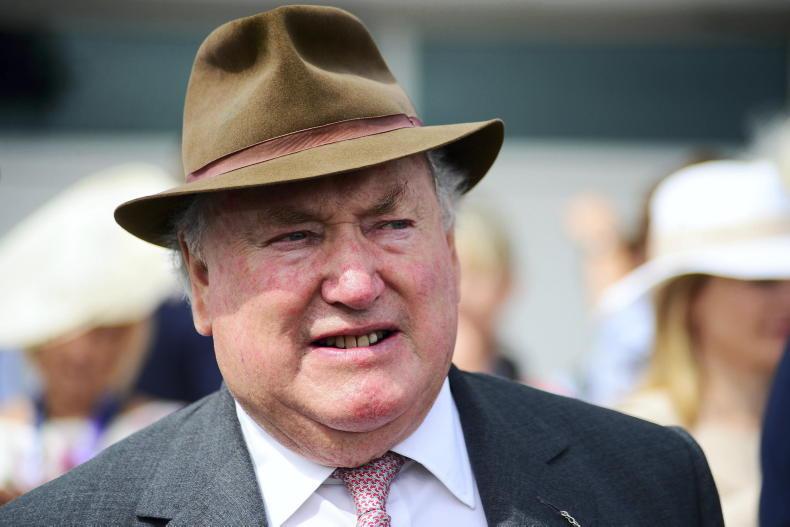 BY my reckoning, the next blacktype win for owner/breeder Anthony Oppenheimer and trainer John Gosden, now joined on that ticket by his son Thady, will be the 12th that they will have enjoyed together. Cracksman, Golden Horn and Star Catcher have all won at the highest level, and also done so on more than one occasion.

This week the team introduced a two-year-old daughter of Kingman (Invincible Spirit) at Lingfield over a mile, and Kings Joy took command inside the final furlong to win comfortably from a couple of fillies who had already run. The manner of her victory would suggest that there is better to come. Owning the filly is one thing, but Oppenheimer also bred her at his Hascombe and Valiant Stud. She is a filly for whom getting blacktype will be a priority.

Kings Joy’s win came two days after bloodstock agent Hamish McCalmont paid just 20,000gns for her three-year-old half-sister Sense Of Humour (Dark Angel). She was sold by Rabbah Bloodstock and she gave her dam Golden Laughter (Bernardini) her first winner when landing a maiden in July at Yarmouth for trainers Simon and Ed Crisford.

Sense Of Humour and Kings Joy were preceded by Lamorna (Oasis Dream) who was unsuccessful on the track and was covered for the first time this year by Iffraaj (Zafonic). Anthony Oppenheimer has two further siblings to Kings Joy, both by sires that he raced, a yearling filly by Cracksman (Frankel) and a colt foal by Golden Horn (Cape Cross).

Kings Joy is from the top Oppenheimer family of Glatisant (Rainbow Quest), her grandam, and that mare bred the Group 1 winners Footstepsinthesand (Giant’s Causeway) and Pedro The Great (Henrythenavigator), and is grandam of Group/Grade 1 winners Power (Oasis Dream) and Curvy (Galileo).

The is also the female line of Lael Stable’s stalwart Superstar Leo (College Chapel), the grandam of 2018 Group 1 Prix de la Foret winner One Master (Fastnet Rock), and it is the family of Group 1 winners Rivet (Fastnet Rock) and December Draw (Medecis).