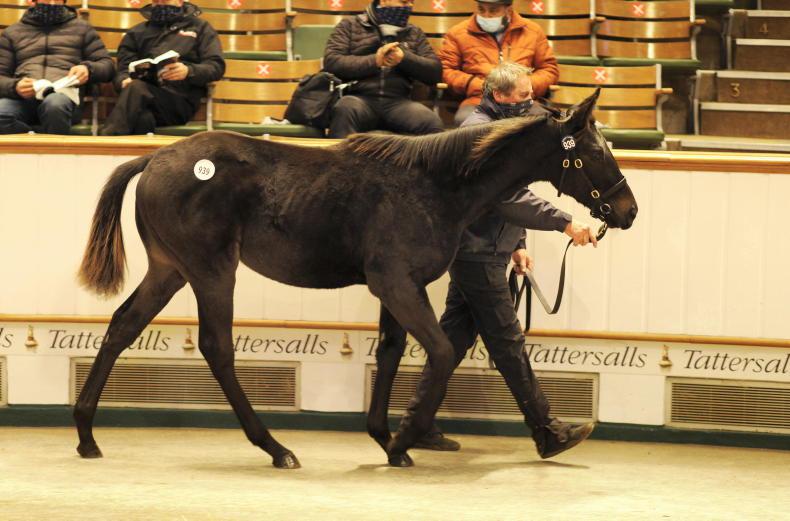 THIS is proving to be a prolific period of success for Sonia and Anthony Rogers, and horses they have bred.

The winning run continued at the weekend when Victory Dance made a successful debut in the Racing TV Profits Returned To Racing British EBF Novice Stakes. Though the race name is a bit of a mouthful, just remember that it was won last year by Lusail.

Victory Dance is bred to be a star, and this was perhaps his first step on that road. He made an initial splash as a foal, selling for 700,000gns to Godolphin and topping that year’s foal sale at Tattersalls. After signing the docket, Anthony Stroud said: “He is from a great nursery; he is by Dubawi who we absolutely love. He is a very good-looking, very athletic individual. In all these decisions we are just trying to aim for quality and this horse David [Loder] and I really liked. Hence we bid.”

Well, the colt is now on his way to better things, and he has the pedigree to do so. He is the fourth winner from Dane Street, and that mare’s best is the champion Irish juvenile filly Skitter Scatter. She was bred in partnership by Airlie Stud and won the Group 1 Moyglare Stud Stakes.

The first foal of the Jessica Harrington-trained dual winner Dane Street (Street Cry) was Data Dependent (More Than Ready), and she won at two in the USA and was runner-up in the Grade 3 Jimmy Durante Stakes at Del Mar. In fact, all four of Dane Street’s winners were successful at two, and she has a yearling filly and a colt foal, both by Kingman (Invincible Spirit).

Daneleta (Danehill), the grandam of Skitter Scatter, won for Jim Bolger and was third to Rock Of Gibraltar in the Group 3 Railway Stakes before transferring to France where she also won and was stakes-placed for Nicolas Clement. The best of her seven winners has been Intense Focus (Giant’s Causeway), the third of Jim Bolger’s Group 1 Dewhurst Stakes winners.