Just one final step...
You must confirm your email address by clicking on the link we’ve sent to your email address.
You are only one short step away from reading 5 free Field+ articles.
FOALING FEATURE 2019: Caring for the newborn foal

Register now to read five Field + articles
for free per month.
Only takes a second!
Already registered with The Irish Field? Sign in
By registering an account you agree to our Privacy Policy and Terms of Service.
The Irish Field / Horse Care / Breeding management

FOALING FEATURE 2019: Caring for the newborn foal
By Irish Field Contributor on 08 February 2019
Experts from RED MILLS and Foran Equine look at the best practices for caring for a foal

FOALING season is an exciting, anxious and tiring time. To make things run as smooth as possible it is important to be prepared for foaling, whether it be routine or worst case.

The four-six weeks leading up to foaling is an ideal time to carry out everything from vaccinating to worming your mare and ensuring she is accustomed to the environment that she will foal in. It is also the ideal time to prepare your ‘foaling kit’.

In the weeks leading up to parturition the ligaments around the mare’s pelvis and tail start to slacken or relax and when parturition is fairly imminent she will “wax up”. Once the second stage labour begins, it is useful to remember the one – two – three rule.

Foals are born immunologically naive, meaning that they have a fully functioning immune system, but as they cannot derive immunoglobulins from the mare in utero they have no circulating antibody. While in utero, the foal has a bloodstream separated from the mare’s by the placenta – the placenta has six layers and these prevent immunoglobulins passing.

More important than any feed product to the health of a newborn foal is good quality colostrum. Colostrum, a yellow, thick, sticky fluid, is produced by the mare during the last few weeks of pregnancy as a response to hormonal changes. Colostrum is quite distinguishable from milk and is rich in immunoglobulins, specifically IgG.

If colostrum resembles milk this is a strong indicator that quality is poor. Foals need to ingest colostral immunoglobulins soon after birth, a process known as passive transfer, so that their immune system can defend against pathogens. This is heavily reliant upon the foal standing and suckling .

Some reports advise that the foal must suckle within eight hours to maximise IgG absorption. This is because specialised gastrointestinal cells in the foal’s small intestine will only allow absorption of these crucial, large immunoglobulins for approximately 24 hours and the efficiency of the absorption will start to decline as early as six-eight hours.

Failure or partial failure of the passive transfer of antibodies via colostrum significantly increases the risk of life threatening infections. Testing the foal’s IgG level at 24hrs is advisable, if it is below the above figures IgG can be provided via hyperimmunised plasma given intravenously.

Complete or partial FPT can be caused by the following:

In some circumstances it is almost impossible to prevent FPT but several studies have highlighted the importance of correct management in helping to prevent the situation.

Carry out a healthy foal check

The newborn foal adaptive period describes the hours after birth when various adaptations to the extra-utero environment need to take place, to ensure survival. It’s important to be familiar with and check for normal health parameters as deviation from these norms may indicate a problem:

Physical parameters are just as important as physiological ones and typically the newborn should:

Stand and Suckle: The newborn should be attempting to sit sternal within five minutes of birth and the suckle reflex should be seen within 20 minutes. Within one or two hours the newborn will attempt to stand and, with a few wobbles here and there, should be suckling successfully within two to three hours.

Before leaving the mare and foal alone it is important to check that the foal is fully latching on to the mare and suckling successfully. If the foal is not nursing within six-eight hours contact your veterinarian who will be able to determine why the foal isn’t nursing and, if necessary, advise you on the most appropriate method of providing nutrition.

Meconium: Meconium, the first faeces, should be passed within 24 hours and is a good indicator of normal gut function. It is good practise to make a note of the colour, consistency, the amount passed and the time.

Meconium staining at birth is a sign of stress and may indicate an increased risk of other serious problems including aspiration pneumonia. Similarly, excessive or unproductive straining and signs of colic in the foal are abnormal and may indicate a problem. In both situations, veterinary evaluation should be performed as soon as possible.

Urination: A 50kg foal will produce around seven and a half litres of urine a day for the first couple of days. This means that you should see your foal urinate frequently – most will urinate each time they rise after resting. Straining whilst urinating, reduced frequency, reduced volume, a distended abdomen and colic are all abnormal signs and may be due to inadequate milk intake or a problem with the urinary tract. If you have any concerns seek veterinary advice immediately.

Being fully prepared for every eventuality will help to avoid a compromised foal post-parturition and by giving knowledgeable consideration to your mare’s colostrum quality and foal’s ability to suckle you will largely avoid the serious implications of FPT. 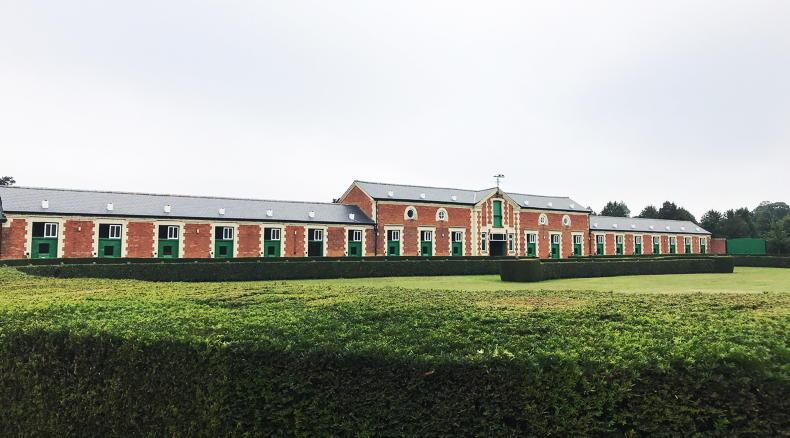 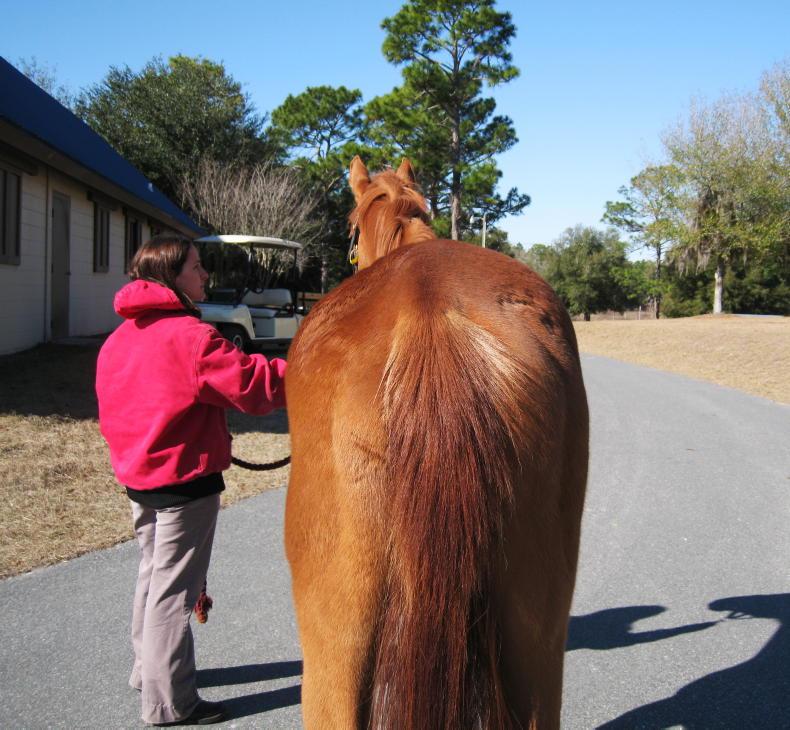 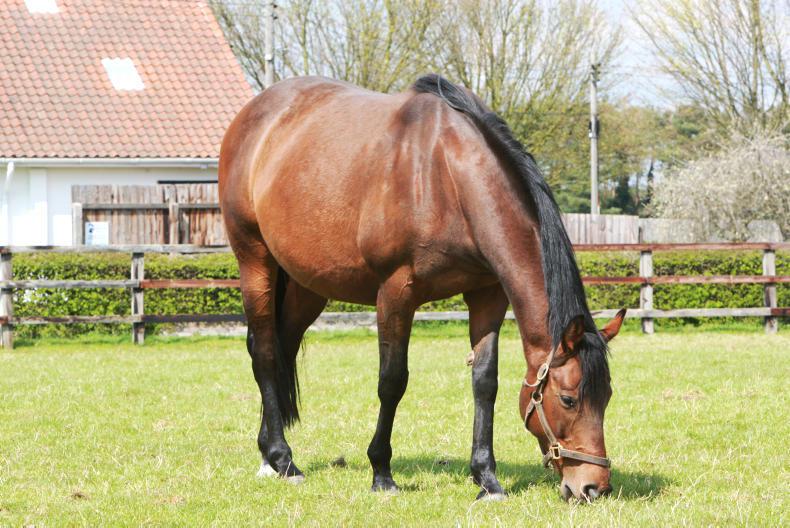 Breeding management
FOALING FEATURE 2019: Minding your mare ahead of foaling
By Katie Gorman on 05 February 2019
Free 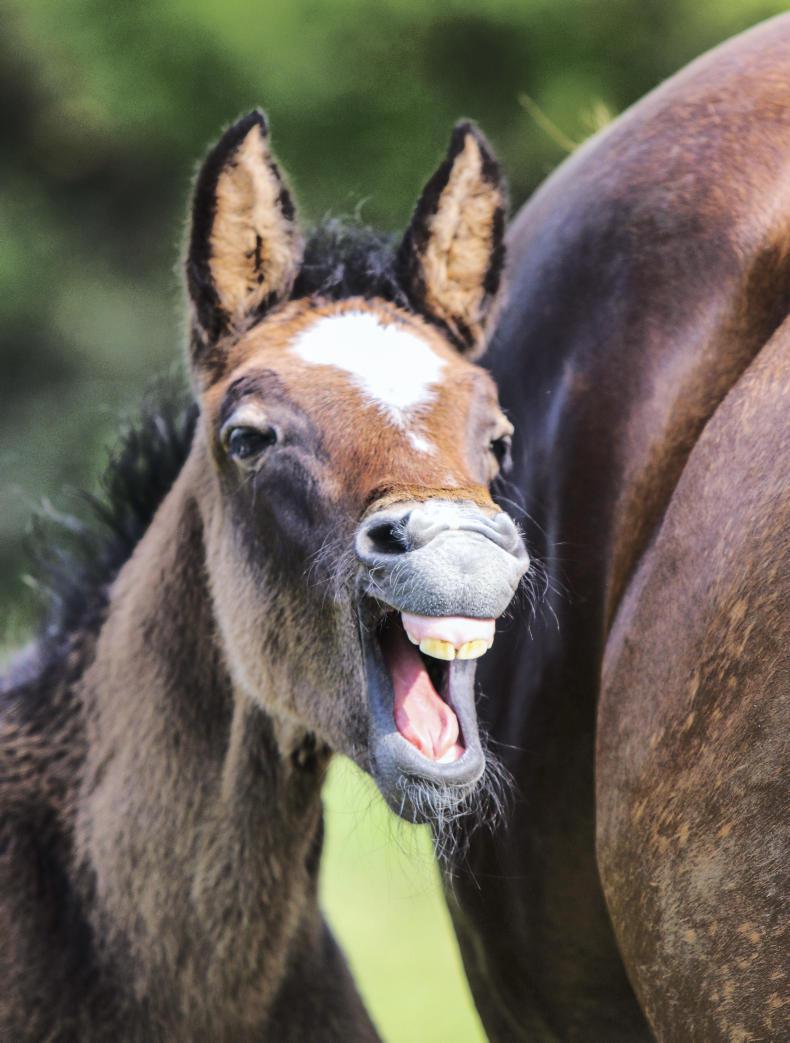 Breeding management
FOALING FEATURE 2019: Top 10 tips for foaling
By Katie Gorman on 05 February 2019
More in Breeding management
Horse Care Field +
Breeding and the lasting effects of light
Horse Care Field +
The sales ring - shine bright like a diamond
Horse Care Field +
SALE PREP FEATURE 2021: Fit for the job: The importance of correct yearling prep
Classifieds
Place ad
Get full unlimited access to our content and archive.
Subscribe to The Irish Field
Unlimited access to The Irish Field via your computer, mobile device, tablet or newspaper delivered to your door.
Subscribe now +
Already a subscriber? Sign in