"She's run 18 times now and picked up prize-money 16 times, so she's been a great filly for us" 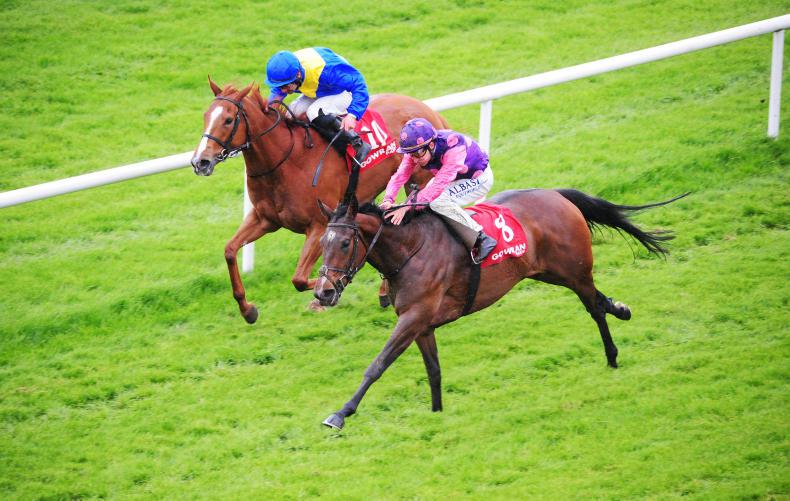 A three-year-old daughter of Elusive Pimpernel, the 11/2 chance finished powerfully under jockey Danny Tudhope to deny 7/4 favourite Bletchley by half a length.

Condon did not make the journey across the Irish Sea, but winning owner David Kelly did. He said: "Ken pinpointed this race a long time ago as there are not many three-year-old only fillies' listed races in Ireland. The track suited her, the rain came and it all worked out brilliantly. She's run 18 times now and picked up prize-money 16 times, so she's been a great filly for us."

The formidable combination of trainer Richard Fahey and jockey Paul Hanagan claimed the historic Carlisle Bell for the first time with the fast-finishing Carnageo.

The bookies.com-sponsored £30,000 contest was the main attraction on one of the biggest days of the year at the Cumbrian circuit, with the bells themselves reputed to be the oldest sporting trophy in the world, having first been presented in 1599 when Queen Elizabeth I was on the throne.

Carnageo was one of the leading contenders in a 16-strong field and with blinkers applied for the first time, the four-year-old travelled well towards the rear of the field for much of the one-mile contest.

Hanagan angled his mount wide of rivals in the home straight and 13-2 joint-favourite Carnageo showed a willing attitude to mow down the leaders and score by half a length from King's Pavilion.

"We didn't go that quick early on and it was quite a rough race," said Hanagan.

"He's lost concentration on his last few runs and I think the blinkers have done him the world of good."

Jockey Paul Mulrennan completed a hat-trick on the afternoon aboard Dance King in the totepool Cumberland Plate.

Tim Easterby's 8/1 shot benefited from a well-timed ride and got up to take the valuable prize by half a length and neck from Fleeting Visit and Chancery respectively.

Mulrennan said: "Tim obviously had a Royal Ascot winner last week (Snoano, Wolferton Handicap) and his horses are in great form. This horse loved the ground and has done it really well.

"I remember getting beat on Sporting Gesture for Mick (Easterby) in this race a good few years ago, so it's nice to win it."

Mulrennan teamed up with trainer Michael Dods to claim the first two races of the day.

John Kirkup (4/1) came out on top after a thrilling climax to the Edmundson Cabletech Carlisle Novice Auction Stakes.

The chestnut gelding had to concede upwards of 7lb to his rivals having won over the course and distance almost three weeks ago, but came home well to win by a short head.

Falabelle passed the post second ahead of fellow newcomer Weeton in third, but the stewards revised the placings after the former was deemed to have caused interference.

Dods said of the winner: "He's a nice horse who has always shown us plenty at home and he loves that ground.

"They didn't go very quick and he got shuffled a bit further back that Paul would have liked, so he had to switch and come around them.

"For him to do that carrying a penalty was a fair effort and he's still improving.

"There are no plans, but he won't run anywhere unless there's cut in the ground."

Dods and Mulrennan swiftly doubled up with Byron's Choice in the totepoolliveinfo.com EBF Novice Stakes.

Star Of Zaam looked set to prevail after hitting the front, but wandered badly under pressure and 4/1 Byron's Choice came through to score by a length and a half.

"We've always rated him pretty highly," said Dods. "He got a bit lost on his first run at Thirsk, but came on a lot for it and I think he'll make up into a lovely horse over seven furlongs next year.

"We'll stick to six (furlongs) for now and because he's quite a heavy horse, he'd want a bit of cut in the ground." 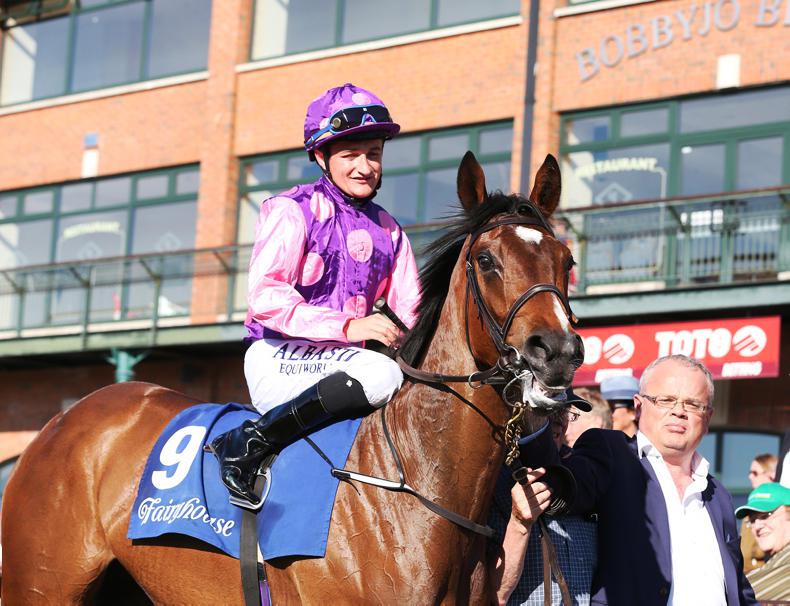