With all the trials complete, Anne Marie Duff analyses the 2022 Gold Cup contenders 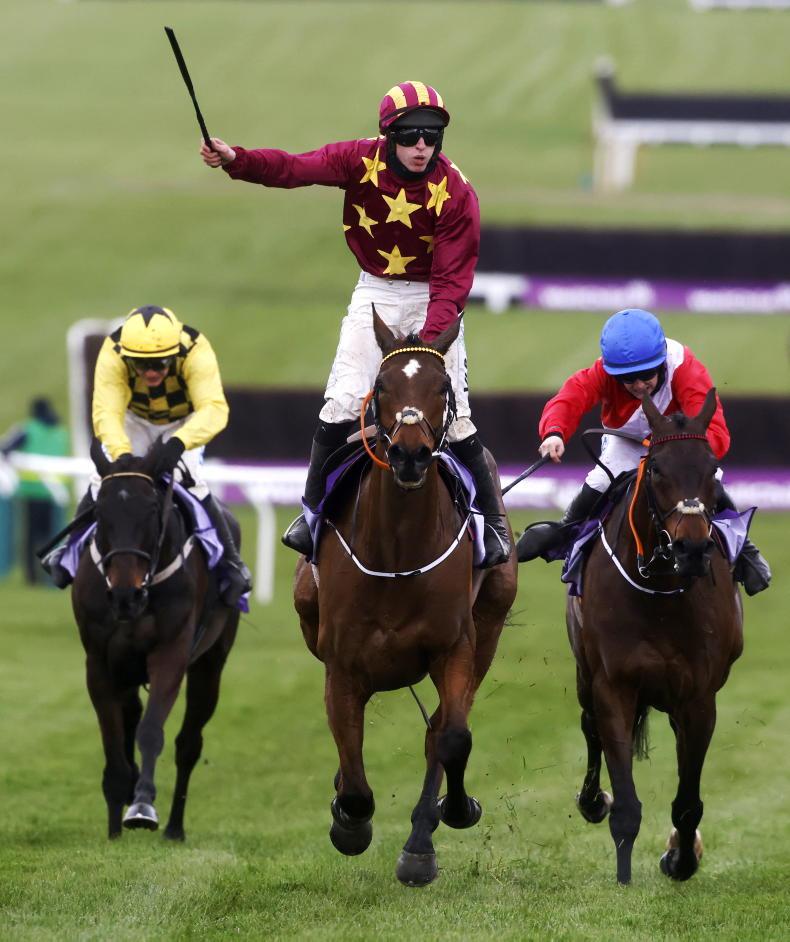 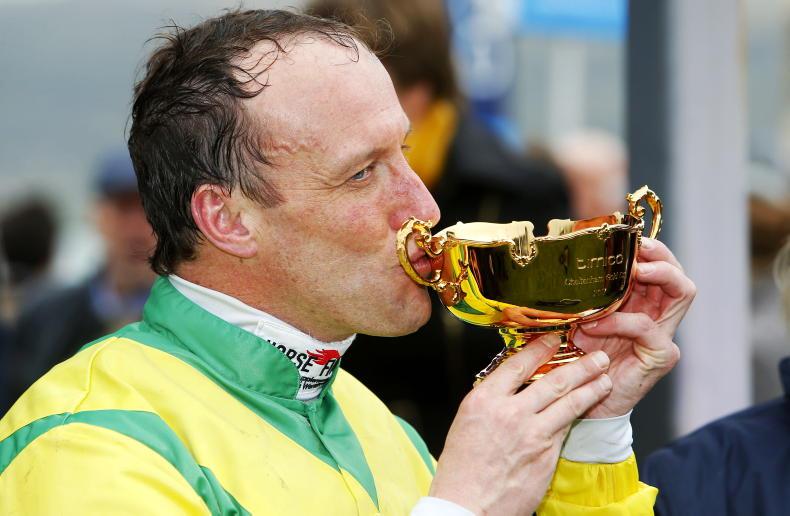 Robbie Power kisses the Gold Cup in 2017 after winning with Sizing John - could he be line for a second on Minella Indo? \ Healy Racing 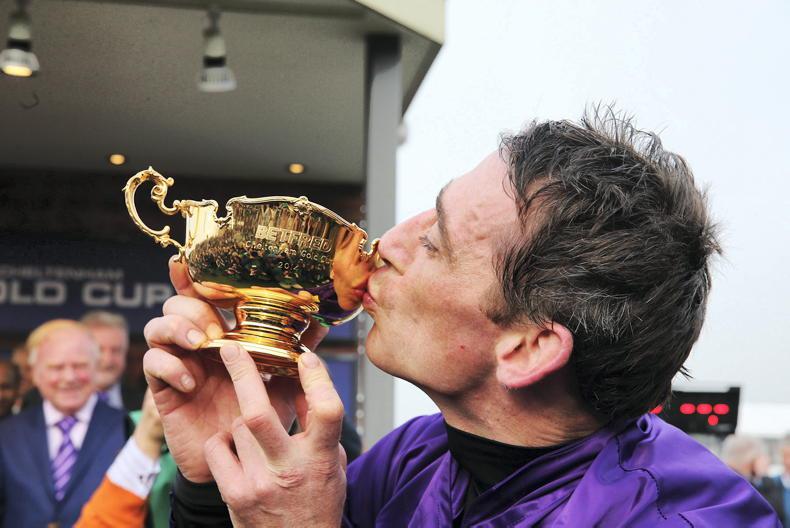 Back for more? Davy Russell won the blue riband in 2014 with Lord Windermere \ caarolinenorris.ie 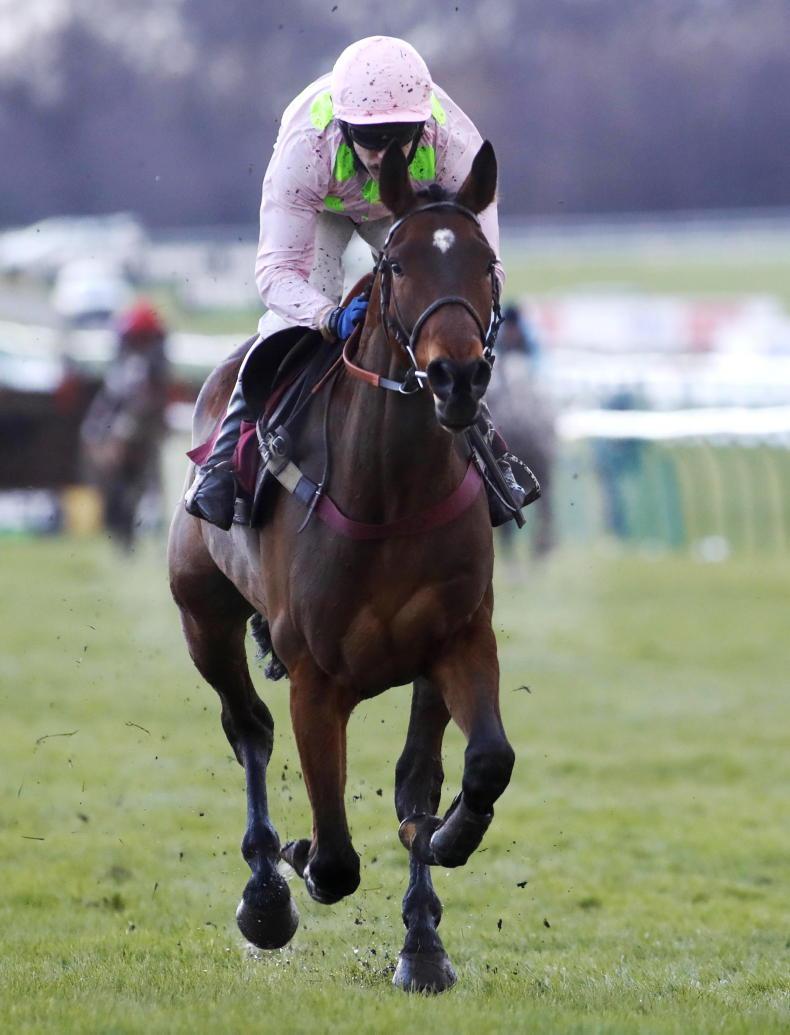 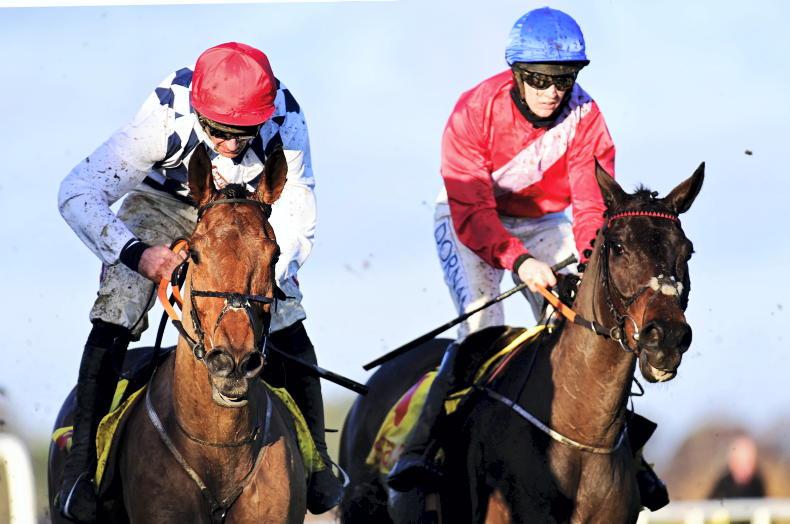 STOP all the clocks,” W H Auden began in his famous poem. But, no, don’t stop the clocks coming to 3.40pm on March 18th.

Around that time the field should be approaching the third last in the 2022 Gold Cup, and all still to play for.

Purists may argue there is only one Gold Cup – the one at Ascot in June and all others need the specific tag in front of them – the Cheltenham Gold Cup, but say the words Gold Cup to any owner, breeder, trainer or jockey of a jumping horse and there is only one day and hour and prize that they covet more than any.

Some have attempted to decry this year’s renewal with the ‘anyone can win it’ grumble but so what. One, it’s a fascinating race, one that you can share many opinions on, unlike the Champion Hurdle.

And if you are as Ted Walsh still keeping Arkle on his pedestal, let’s not think that the success of stars like Kauto Star and Denman, along with Don Cossack, Coneygree and Sizing Europe were not hugely exciting, heroic victories in their own right.

If you want outstanding winners, show me your Derby and Arc winners and I’ll raise you my Gold Cups.

There are 25 runners still left in the big race, with the Betfair Chase winner, and last year’s second placed A Plus Tard heading the betting. That 22-length defeat of Royal Pagaille is the best piece of form on offer this season.

Despite his surprising narrow defeat by Galvin, the Cheveley Park-owned gelding has remained at the top of the market as none among his immediate rivals have offered anything better.

Horses who were found out by lack of stamina in the final furlongs of the Gold Cup once, will always hit that same obstacle on their repeat attempts. The list is long, Wayward Lad, Florida Pearl, One Man, Djakadam, Silviniaco Conti. Only Native River, with proven stamina, improved on a first-time placing to win.

There was no doubt that Minella Indo had superior stamina last year from the last. In his favour though, A Plus Tard is younger than most in having his second attempt as an eight-year-old and he didn’t jump as well as he can last year. Last year’s one-two-three all return. And despite his form this year, which, Kempton apart, is actually better than what he brought last season, Minella Indo is only third market choice. If you make your judgements simply on the best performance by any horse, that Gold Cup stands out. He won the race by assured jumping and with possibly a little in hand.

Take his Cheltenham record into play, better stable form and 5/1 is a solid bet. Subsequent Gold Cup winners have failed before in the King George.

Al Boum Photo probably never gets the credit for his dual blue riband success. He has figured well in the Grade 1 at Punchestown subsequently to cement his place as a top-notch three-mile chaser.

He follows the same path from Tramore as he did in the last two years, and at 10, with not obvious new ‘star’ it’s easy to see him making the frame again. But you have to go back to 1998 and Cool Dawn at 25/1 to find a horse as old as 10 winning it.

The two Gordon Elliott-trained contenders have won the two Grade 1 chases at Leopardstown this season. You would think that might put them to the fore of the Irish challenge but there are reasons for questioning both Galvin and Conflated.

Galvin didn’t even start favourite for the National Hunt Chase last year, he was third choice behind Escaria Ten and Next Destination, yet now he is as short as 4/1 for the Gold Cup? Has he improved to that level? He was touted as more a Grand National horse early in the season.

He had fitness on his side when second in the Ladbrokes Champion Chase at Down Royal beaten three-quarters of a length by Frodon, with Minella Indo four and a quarter lengths back in third.

I felt at the time the result flattered him as Frodon did not appear totally happy going right-handed and his popular win overshadowed the actual depth of the performance. Frodon has also been well beaten since. Galvin looked beaten by A Plus Tard at Christmas in the Savills Chase until he rallied and go up to win by a short-head. Stamina won’t be an issue but he probably needs decent ground.

The big issue with Conflated seems to be that even his trainer doesn’t trust him. Gordon Elliott saying before the Paddy Power Gold Cup at the DRF that he would either win or be pulled up. He is best priced at 12/1.

Though there are no obvious pace-makers in the Gold Cup, it’s doubtful he would get his own way to travel as well as he did in the Leopardstown race which didn’t have much depth with Kemboy and Frodon under-performing.

What of the British challenge?

The great new British hope is Protektorat. He comes of a hugely impressive Aintree win, by 25 lengths but over the now-retired Native River and the handicapper Sam Brown.

That was in soft ground over three miles and a furlong, the first time he had attempted such a distance. He was a Grade 1 winner at Aintree over two and a half miles, getting the better of The Shunter and Hitman after the last then, with only the six finishers.

He was ridden with more restraint in that race and the apparent improvement in form there was attributed to “a wind operation and the application of a first-time tongue strap” because his two previous runs were disappointing. Plus, he never looked a stayer as a novice. He is now rated 164, but I can’t raise the enthusiasm of those across the water.

Nicky Henderson’s Chantry House (rating 160) also flopped in the King George and is best priced at 20s. He won few fans with his laboured effort when beating Aye Right in the Cotswolds Chase at Cheltenham in January, when he wore cheekpieces and finished distressed. You could not back him for March on that run.

His Marsh Novice Chase win of last year was in a race that lacked depth with second Fusil Raffles not doing a lot for the form.

The last three Gold Cups have been run on good to soft ground. It did appear that Royal Pagaille was quickly taken out of his comfort zone last year by the pace on the second circuit. Similarly, he made small, energy draining mistakes at the weekend on better ground at Newbury. Could softer ground swing things more in his favour? He gave Sam Brown a stone and 2lbs in the Peter Marsh at Haydock in heavy conditions and there is much rain in the forecasts for the next week in the build-up. He was single figure odds at times last season and ended up going off at 14/1. Arguably he has done a bit more this season.

Venetia Williams did have Mon Mome manage a 50/1 third to Imperial Commander and Denman.

It’s a wait and see closer to the day but for me, at current 25/1, and a distinct possibility of softer ground, he makes more appeal to get placed than he did last year at much shorter.

It might also be strange if Rich Ricci owned the Gold Cup winner, and it didn’t come from Closutton!

The novice Ahoy Senior seems more likely to miss the race, or miss Cheltenham altogether, though I did back him at 33s before Kempton, he still did look a bit novicey at Wetherby. The 10-year-olds Santini and Lostintranslation have had their chances.

There are a few ‘uncertains’, predictably attached to the Mullins camp, with the King George winner Tornado Flyer and the last fence faller Asterion Forlonge. Will they go here or Ryanair?

Tornado Flyer had been campaigned around two miles five and, even though he stayed well at Kempton, you have to decide did he just pick up the pieces of a pace collapse and would he be more exposed in a more even gallop over the Gold Cup distance? Odds of 14s look long for a King George winner but then he’s not started at less than 12 in his last six races? Is he good enough?

Willie Mullins said on TV before the race that he was worried how Asterion would cope with conditions in the wind at Leopardstown so that run could be excused, but then he needs a lot of excuses. Without a completed run over three miles and with the owners having Al Boum Photo in the race, surely the Ryanair would be a better option. 25s NRNB

Dual Gold Cup winners are rare. Is Minella Indo as good as, or better than Al Boum Photo? I think he is and he can make a bold bid for a two-in-a-row.