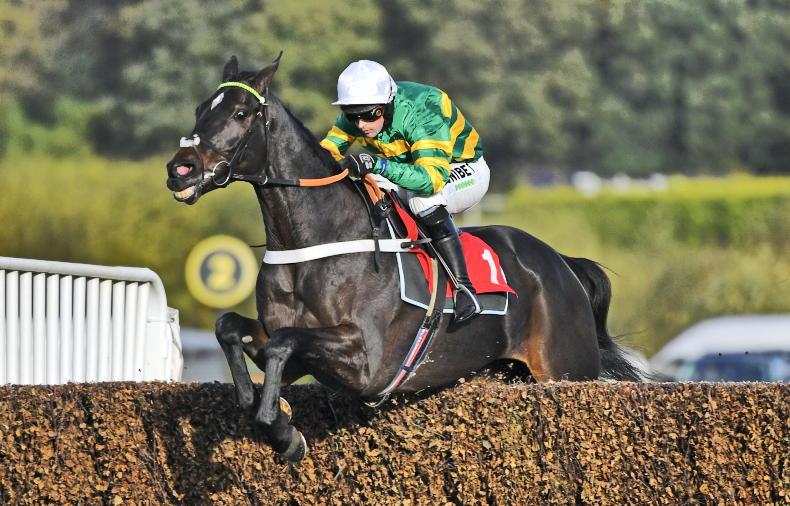 A CHANGE to the schedule saw the Grand Sefton run at this earlier Aintree meeting when it has recently taken place on the same day as the Becher Chase in December, and that added a touch of colour to an interesting card.

The two-mile–five-furlong contest went to Peter Bowen’s Mac Tottie, who caused a 20/1 surprise under trainer’s son James, leading between the last two fences and holding off the better-fancied Senior Citizen (Alan King/Adrian Heskin) to win by a length.

Mac Tottie, whose dam Tot Of The Knar was a useful jumper for owner/breeders Steve and Jackie Fleetham, is to be aimed at the Grand National in April according to his trainer, although a 7lb rise to a BHA mark of 142 is unlikely to see him qualify.

Bowen has won the Topham over this course and distance on four occasions, and that race would arguably be a more suitable target for a horse who has yet to race beyond a bare three miles.

If the 20/1 success of Mac Tottie was a surprise, the SP of 80/1 about Koshari (Jonathan Moore), winner of the Pertemps qualifier, raised eyebrows. A handicap winner at the Punchestown Festival for Willie Mullins in May, Koshari was having his first start for Derrylin-based David Christie, and that switch of stables seemed to wrong-foot punters.

The SP was certainly an insult to the skills of Fermanagh man Christie, who has over 300 point-to-point wins to his name.

Koshari had failed to meet his reserve at Goffs (UK) Horses-in-Training Sale last month, and Christie explained how he came to get him.

“I happened to be at Thurles, and I chatted to Ruby (Walsh) and he said, ‘that horse is fine, he maybe lacks a gear and is an out-and-out stayer’. So, we bought him privately and Ruby rang me yesterday. He said sit and sit, they’ll go plenty soon enough, sit and come at the last and he was spot on.”

The Betway Hurdle has no blacktype status, but is a good starting point for the staying hurdlers, and this year’s race went to Olly Murphy’s Brewin’upastorm, who responded well to Aidan Coleman’s urgings to pull nine lengths clear of Ifthecapfits (Harry Fry/Sean Bowen). The winner is suited by this trip, whereas the second and third, Lisnagar Oscar, would prefer further, but it was still quite an impressive performance conceding weight from last season’s National Spirit Hurdle hero, who was returning from wind surgery.

The winner has shown similar form over fences, but will now be kept to hurdles having lost his confidence after a heavy fall as a novice in the Arkle, and Olly Murphy talked about the difficulty finding the right race for him:

“Everyone needs a good horse in the yard, and when he’s good he’s very good – I thought he was very impressive today. He can put in a lackadaisical round of jumping but we’ve done a lot of work with him. His confidence was gone after he unseated in the Arkle, and he’ll never jump a fence again.

“He’s a hard horse to campaign in England because he’s not a three-miler, and he’s definitely not a two-miler. He may go over the water for small-field graded races in France or Ireland.”

The winner landed Grade 1 novice events at Cheltenham and Aintree in the spring, and is clearly a high-class chaser, but the decision of most firms to slash his price for the King George on the back of this performance seems a bit of an overreaction.

That’s not to take anything away from Chantry House, as he jumped well and advertised his wellbeing, but he had a degree of good fortune in the Marsh at Cheltenham, where Envoi D’Allen’s fall and Shan Blue’s premature dash for home set it up for him, and Espoir de Romay appeared to be holding him when falling at Aintree, so he still has to improve markedly to be considered on a par with the best chasers around.