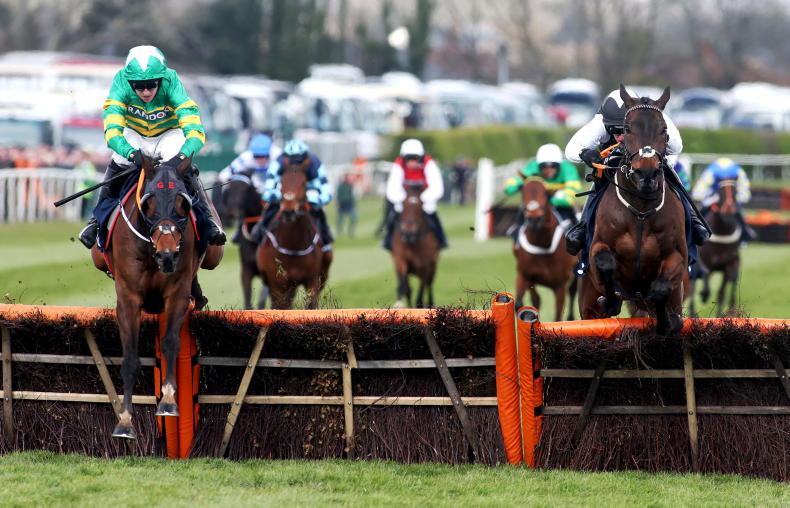 IT was a fairly torrid Cheltenham for Gordon Elliott, whose strong squad struck just once away from the banks, and he had been hitting the bar far more often than the net on home soil until landing a brace at Ballinrobe on Friday.

The tide does seem to be turning back in his favour, and he took two of the three Grade 1 races at Aintree on Saturday, starting with Three Stripe Life in the Grade 1 Betway Novices’ Hurdle, who justified 5/2 favouritism under a confident Davy Russell.

Second to Sir Gerhard in the Ballymore last month, Three Stripe was the clear form pick, and he led going strongly three out, tracked by Might I (Harry Fry/Sean Bowen), and he found plenty when asked for his effort between the fin al two flights, putting four and three-quarter lengths between himself and the runner-up.

Dan Skelton’s Elle Est Belle looked sure to be placed when producing a challenge in the straight, but faltered and was pulled up close home. Sadly, it transpired that she suffered a fatal heart attack. North Lodge (Alan King/Tom Bellamy) kept on for third, beaten eight and a half lengths lengths in total.

Elliott said: “He’s deserved that. He’s bumped into Sir Gerhard a couple of times, who is a very good horse, and he’s done little wrong all year.

“It’s nice for him to get his day in the sun and Kenny and Laura Haughey are good supporters of ours so it’s great. He’ll definitely go chasing next year.”

SIRE Du Berlais gave both Gordon Elliott and Mark Walsh a Grade 1 double as he sprung a 16/1 surprise in the JRL Group Liverpool Hurdle at Aintree, wearing down Gavin Cromwell’s dual Stayers’ Hurdle hero Flooring Porter after the last, to gain victory by one and three-quarter lengths.

Flooring Porter and Danny Mullins had no trouble getting to the front, and looked set to dominate the contest, as one by one his rivals began to feel the pinch.

As Thyme Hill came off the bridle in the straight, it was left to the 10-year-old Sire Du Berlais to throw down the only meaningful challenge, and Walsh played his cards to perfection.

Knowing that the favourite can wander under pressure, Walsh drew alongside at the last, and took a narrow advantage when Flooring Porter predictably hung left. Flooring Porter rallied gamely, but Walsh allowed his mount to drift across, hemming his rival on the rail, which handed victory to the 2021 Stayers’ Hurdle runner-up, with Champ (Nicky Henderson/Jonjo O’Neill Jr) 20 lengths back in third.

The winner was expected to go well in a bid to win a third Pertemps Final at Cheltenham, but he lost his chance when hampered there.

“He’s tough,” said Elliott afterwards. “I’d say the long straight really helped him as he got into a lovely rhythm, and he jumped great. I suppose it is a bit of a surprise, but that’s the game we’re in.” 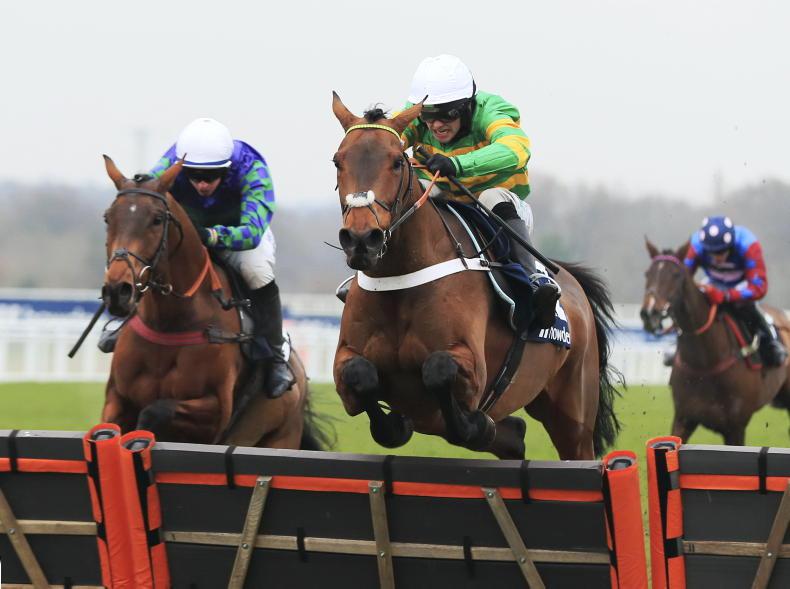 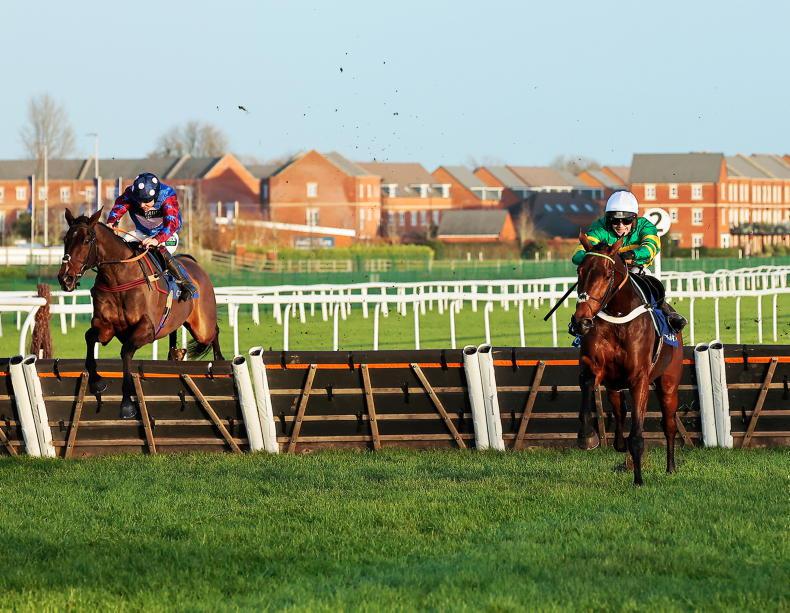 Rory Delargy
NEWBURY FRIDAY: Champ holds off Paisley challenge
Champ was able to hold off a late challenge from Paisley Park, keeping his unbeaten Newbury record for November in tact 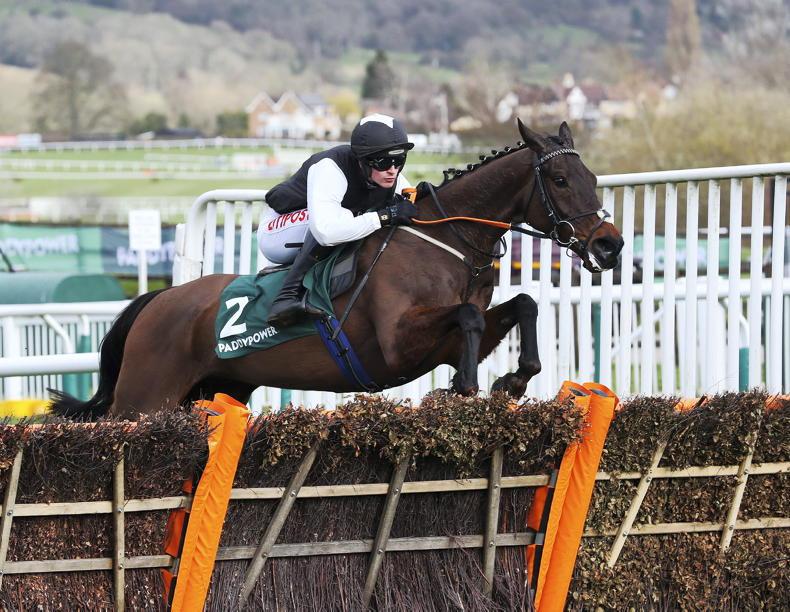 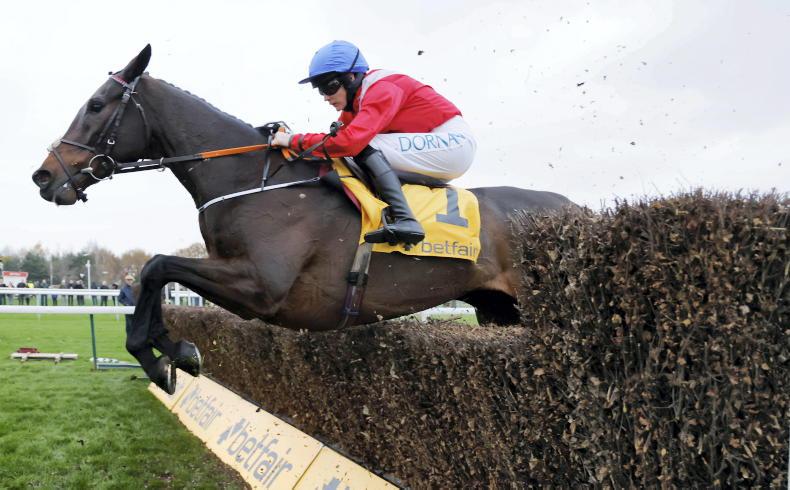