Title: BREEDING INSIGHTS: When failure turns into a Model success

Leo Powell tells the uplifting tale of The Model Kingdom, who was overlooked at the sales 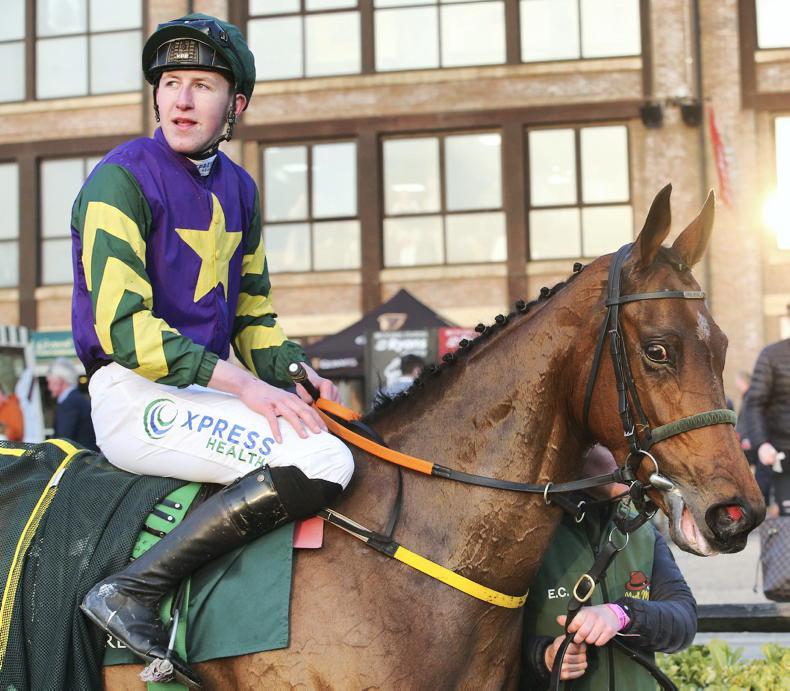 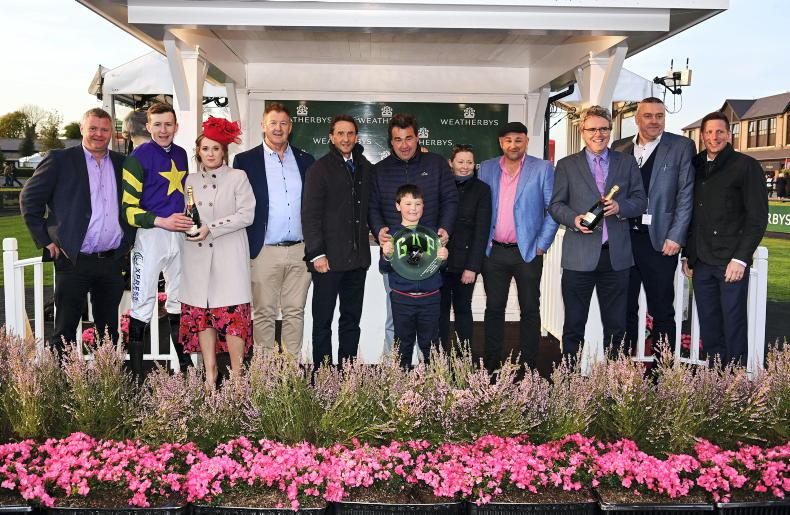 Sir Johnny Weatherby making the presentation after the race, with breeder Eoin Banville in the centre \ Healy Racing
Previous Next

MAYBE it was again a case of when Homer nods, but this is another tale of a horse going to the sales, failing to find a buyer, and ending up enjoying success.

Bred by Eoin Banville at Arctic Tack Stud, The Model Kingdom stretched her unbeaten record to three when she won the Grade 3 Weatherbys General Stud Book Irish EBF Mares Flat Race, adding to bumper wins at Galway and Navan last year. At the Co Meath venue she captured the Listed Coolmore EBF Mares INH Flat Race, and it would be interesting to know what she would be worth now.

The third foal and the first runner for her dam, The Model Kingdom is a daughter of the multiple listed winner and Group 2-placed Aizavoski (Monsun) who went to stud at Arctic Tack Stud in 2013. He sired the Tramore maiden hurdle winner Tomgarrow in his first crop and that Irish-bred gelding is now a dual blacktype winner over fences in the USA.

Aizavoski got small books of mares, but he has had some 40 winners under National Hunt rules, and The Model Kingdom is his second blacktype winner. What good fortune it was therefore that Eoin Banville retained her when she was unsold at €19,000 at the Derby Sale a couple of years ago.

Though well-related, she may just have been overshadowed in that sale, but all has ended well.

That daughter of Heron Island (Shirley Heights), another Arctic Tack stallion, only raced five times. She won a bumper on her debut and finished runner-up twice from four runs in that code. Her only other run in a bumper was in a Grade 1.

She made a single start over hurdles, chasing home Un Atout, a subsequent Grade 1 winner, and then she was off to stud. Her first two foals, both fillies, are at stud, while there are a few youngsters by Ol’ Man River (Montjeu) on the ground.

Fickle Fortune is one of five racecourse winners out of the unraced That’s The Bonus (Executive Perk), all but one by Heron Island. Her full-brother Crocodiles Rock was a Grade 2 bumper winner for Jonjo O’Neill, but two of her sisters are worth further mention.

Hidden Reserve (Heron Island) won her only start, and her winners are headed by Hardline (Arcadio) and Whatdeawant (Aizavoski). The latter is an emerging talent, winner of a bumper and a hurdle race and third to Sir Gerhard and Three Stripe Life in the Grade 1 Ballymore Novices’ Hurdle at Cheltenham last month. Hopefully he will go on to win at that level someday, just as Hardline did when landing the Greenmount Novice Chase at Limerick’s Christmas meeting.

The second of Fickle Fortune’s sisters worth mentioning is the unraced Gilt Ridden (Heron Island). Three of her offspring have earned blacktype, all bred by Arctic Tack Stud and Mark Molloy’s Crossogue Stud.

Johns Spirit (Gold Well) won the Grade 3 Paddy Power Gold Cup and was placed in the Grade 1 Melling Chase, The Game Changer (Arcadio) won four Grade 3 races under National Hunt rules in Ireland and was runner-up in a Grade 1 novices’ chase at Aintree, while Morgan (Big Bad Bob) was placed a couple of times at Grade 3 level over hurdles.

This is a family that keeps on giving. The Model Kingdom’s third dam That’s The Spirit (Mandalus) did not race, but what a broodmare she was. Maybe she only had two winners, but they were the Grade 1 Royal Bond Novice Hurdle hero That’s My Man (Remainder Man), and Jessica Harrington’s Cheltenham Festival winner Spirit Leader (Supreme Leader). While the latter mare didn’t win at Grade 1 level, her son Prince Of Scars (Flemensfirth) did. Spirit Leader also bred the dual Grade 3 Grand National Trial Chase winner Folsom Blue (Old Vic).