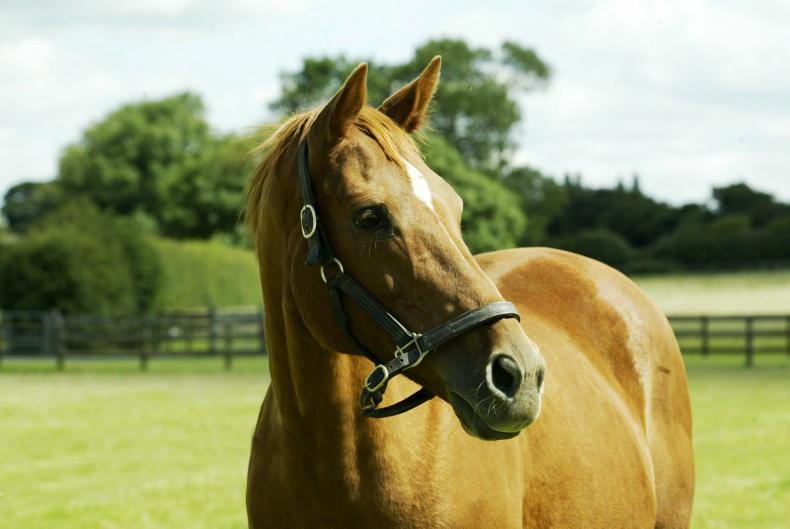 MENTION of the Tsui family is on the double this week. They own My Titania and race her offspring, and they campaigned the great Urban Sea (Miswaki), winner of the Group 1 Prix de l’Arc de Triomphe and dam of four Group/Grade 1 winners, most notably the leading sires Galileo (Sadler’s Wells) and Sea The Stars (Cape Cross).

Of the 11 foals bred by Urban Sea, just four were fillies, and none remained in the ownership of the Tsui family.

Her first filly was Melikah (Lammtarra) who sold for 10 million francs as a yearling in 1998. That was the equivalent of £1 million or more and was a new Deauville record price for a yearling. She was bought by Goodbody on behalf of Sheikh Maktoum Al Maktoum’s Gainsborough Stud, and he outbid Robert Nataf who was acting for the then duo of John Magnier and Michael Tabor. A daughter on both sides of the pedigree of Prix de l’Arc de Triomphe winners, Melikah was something of a rarity indeed.

She raced just four times, making a great start at three when she won the Listed Pretty Polly Stakes at Newmarket on her first racecourse appearance. Her second start was in the Group 1 Oaks, finishing third to Love Divine, she was runner-up in the Group 1 Irish Oaks, and finally fifth in the Group 1 Prix Vermeille. At stud she is dam of three group winners, grandam of three more, and third dam of the Group 1 Derby winner Masar (New Approach).

Urban Sea’s third filly was also sent for sale, to the Tattersalls December Foal Sale in 2002, where Live Oak Stud paid a record 1,800,000gns for My Typhoon (Giant’s Causeway). Raced in the USA, she took some time to earn back a portion of her cost, eventually winning the Grade 1 Diana Stakes at Saratoga on one of the last of her 22 career starts, and this was at the age of five. In all she earned $1.3 million. Sadly, she was a disappointment at stud.

Urban Sea’s final filly was Cherry Hinton (Green Desert). She ran five times, never won, but her three placed efforts included finishing second to Four Sins in the Group 3 Blue Wind Stakes at Naas. The twice she was unplaced she ran in Group 1 races, the Oaks and Coronation Stakes. She has been a better broodmare, breeding four group winners, two at Group/Grade 1 level; Bracelet (Montjeu) in the 2014 Irish Oaks, and Athena (Camelot) in the Belmont Oaks four years later.

Missing from that list is Urban Sea’s second filly, All Too Beautiful (Sadler’s Wells). She sold as a foal the year before My Typhoon, and her price of 1,100,000gns was a then record for a filly foal, Demi O’Byrne acquiring her for Coolmore. A full-sister to the Group 1 winner and Group 1 sire Black Sam Bellamy (Sadler’s Wells), All Too Beautiful had a short racing career, spanning just six starts. She won a listed race at Navan, a Group 3 in York and she was second in the Group 1 Oaks.

Two stakes winners out of All Too Beautiful include Wonder Of Wonders (Kingmambo) and she repeated the feat of her dam and was second in the Oaks at Epsom. Wonder Of Wonders’ daughter So Wonderful (War Front) was also classic-placed. So many in this immediate branch of a ‘Blue Hen’ family have been knocking on the door of classic success.

All Too Beautiful’s third winner is Sparrow (Oasis Dream), and while she had just a single success she was group-placed. Off to a flyer at stud, her two stakes winners include Sir Dragonet (Camelot), and what a loss he was as a racehorse and a potential sire, his Group 1 wins in the Cox Plate and Tancred Stakes, in addition to his outstanding female line, making him very desirable for stud in Australia.

Why all the mention of this back pedigree now? Well, the weekend’s racing at the Curragh saw victory for Lily Pond (Galileo) in the Group 2 Kilboy Estate Stakes, and this improving filly will certainly be aimed at a Group 1 prize, perhaps the Yorkshire Oaks.

She is the first foal out of the Gowran Park listed winner Alluringly (Fastnet Rock), and, would you believe it, she was placed in the Group 1 Oaks. Alluringly is out of an unraced daughter of All Too Beautiful, and she is All For Glory (Giant’s Causeway).

Now here’s a fun bet. What odds do you think Paddy Power would offer about Twinkling (Galileo), the two-year-old daughter of Alluringly, winning the Oaks at Epsom in 2023? She would be doing something her dam and so many close relations have some close to achieving. 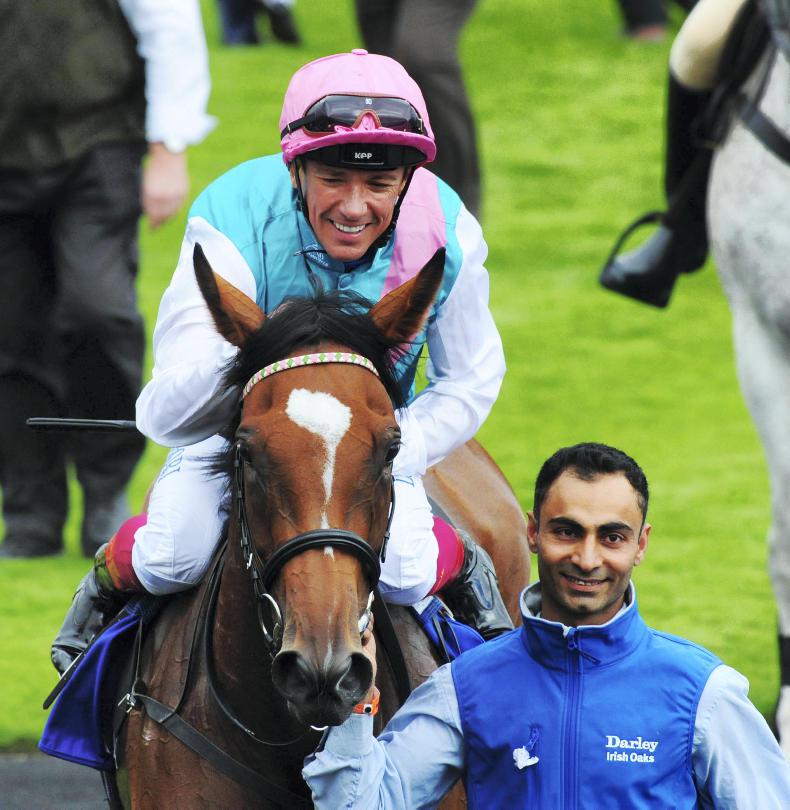 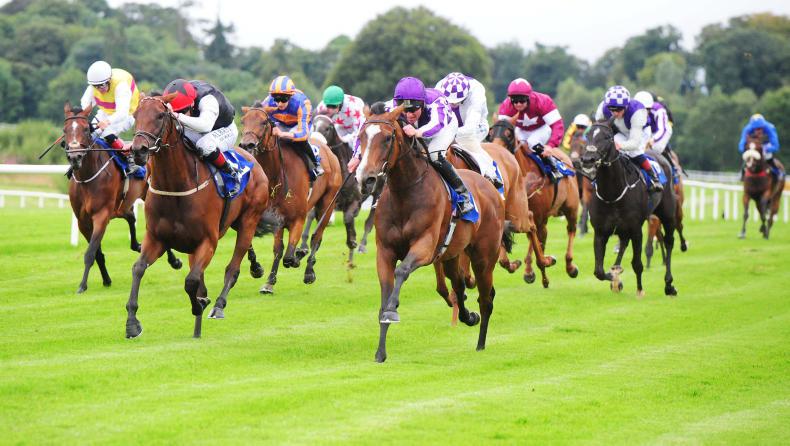 GOWRAN PARK WEDNESDAY: Alluringly gets her turn
Not having to contend with Enable this time, Alluringly held on to win the featured Irish Stallion Farms EBF Hurry Harriet Stakes 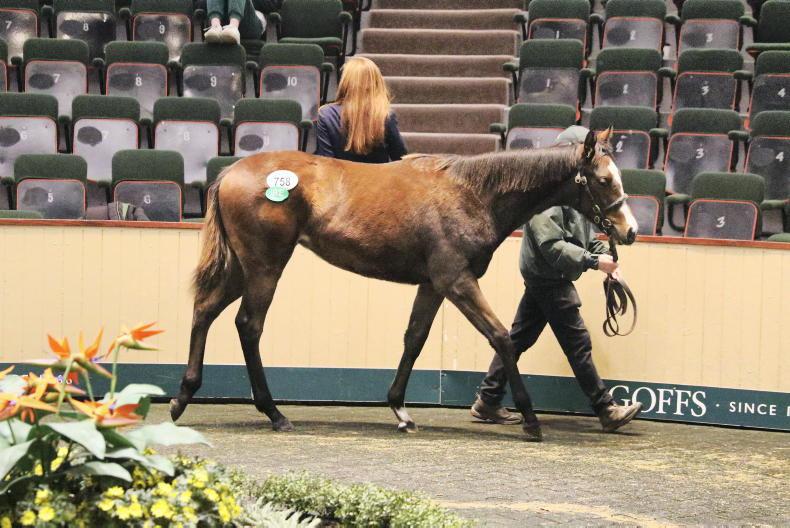 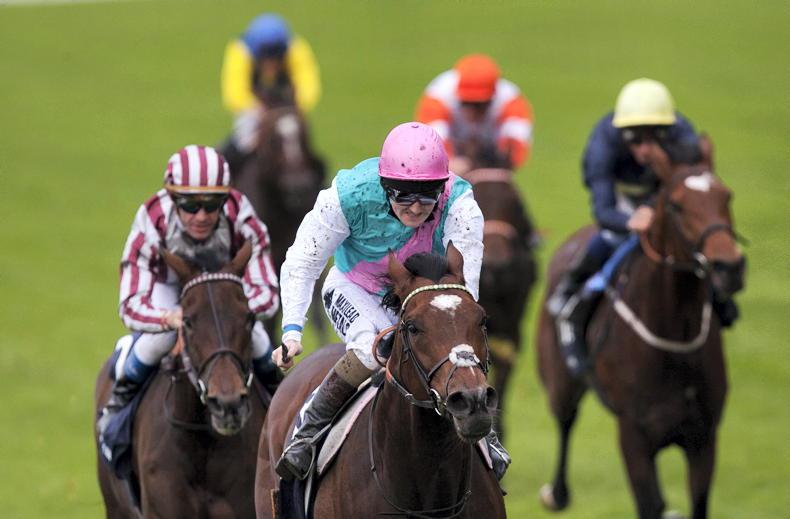