Title: BREEDING INSIGHTS: Some landmarks are worth celebrating 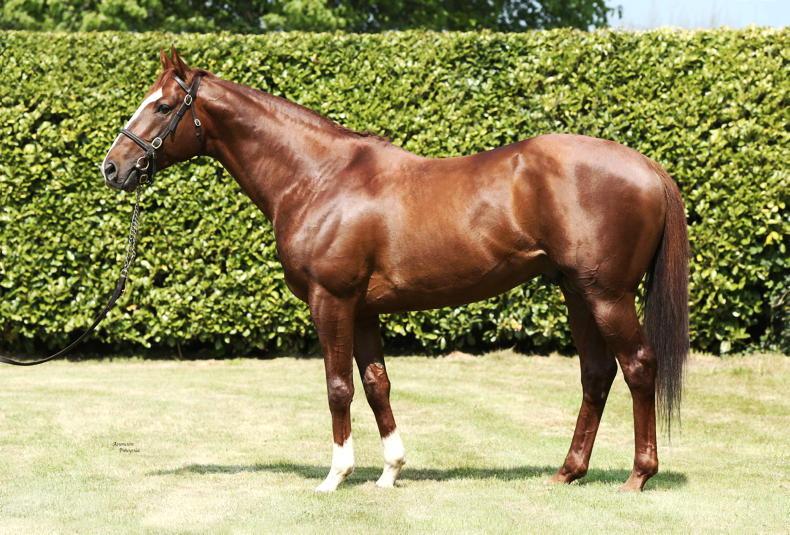 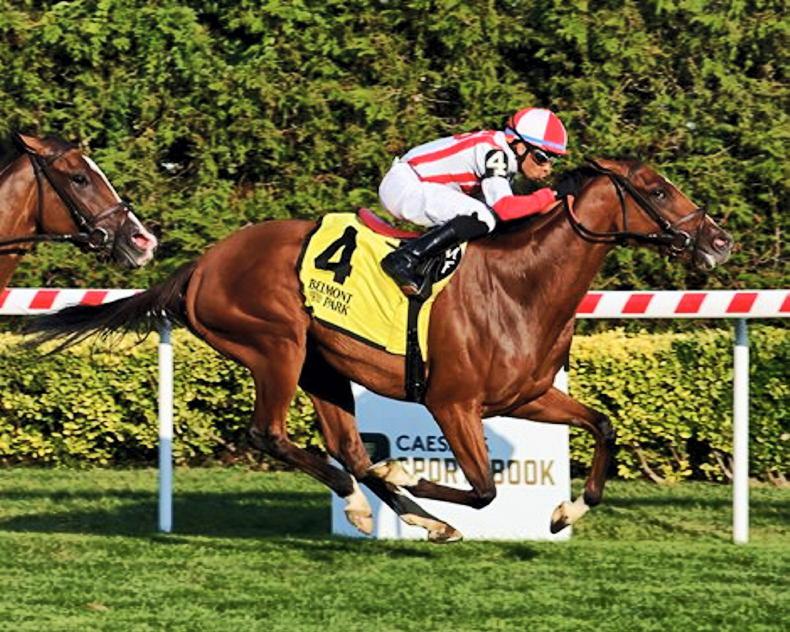 YESTERDAY I managed to ‘celebrate’ a landmark birthday. I wish I could say it is a case of 60 not out, but that tribute can be paid to the wonderful Lope De Vega (Shamardal).

On Sunday, he sired his 60th group or graded winner when Faith In Humanity won her second race in the USA, the Grade 3 Pebbles Stakes at Aqueduct.

The €240,000 Arqana yearling purchase races for Klaravich Stables and is trained by Chad Brown. The trainer also saddled the runner-up and the third-place finishers, Gina Romantica and the Irish-bred Bahamian Club.

Faith In Humanity was bred in partnership by Ecurie des Monceaux and Lordship Stud, and the former will consign the filly’s yearling half-sister by Churchill (Galileo) at next month’s Arqana October Yearling Sale. She is Lot 112 in the catalogue. The yearling is the third produce of the unraced Fastnet Rock (Danehill) mare Sharavana, and the first two are winners.

This is a family that does very well with its fillies, and just as well. The first four foals produced by Sharavana are daughters, the latest being a filly this year by Wootton Bassett (Iffraaj). Interestingly, the first winner out of the mare was Dream Of Change, by Iffraaj (Zafonic), and she is now racing in the USA where she has been placed this year.

Sharavana is a half-sister to no less than nine winners, the best of which was the Group 1 Prix Marcel Boussac winner Indonesienne (Muhtathir).

The two most recent runners, and winners, out of Indonesienne are the group-placed three-year-old Bahasa (Siyouni) and the two-year-old Precious Sea (Sea The Stars). The latter won her first two starts this year before meeting her first defeat last weekend in the Group 3 Prix de Conde.

It is worth checking out Lot 679 in Book 2 of the forthcoming Tattersalls October Sale. She is a daughter of Lope De Vega out of a winning half-sister to Indonesienne. When that catalogue was put to bed there was no mention of Faith In Humanity on the page. It is now a major family update.

Skip back to Faith In Humanity’s fourth dam and she was Most Precious (Nureyev), a listed winner who was placed in two Group 1 races as a two-year-old, finishing runner-up in the Prix de la Salamandre to Common Grounds.

Each of the four winning progeny out of Most Precious were successful in blacktype races, and they were headed by the classic-winning filly Matiara (Bering). She won the Group 1 Poule d’Essai des Pouliches-French 1000 Guineas and was second in the Prix de Diane-French Oaks.

Though she failed to finish better than fifth in six starts, Most Precious’s daughter Memories Of You (Galileo) made great amends at stud and is dam of Unforgotten (Fastnet Rock). That mare’s six victories included the Group 1 Australian Oaks at Randwick a few years ago.

Having just passed another landmark, that of 100 stakes winners, now Lope De Vega has another with Faith In Humanity, that of 60 group winners and 170 stakes performers. Breeding a daughter of Fastnet Rock to Lope De Vega makes sense, as it is already responsible for two of the sire’s 16 Group/Grade 1 winners, Gytrash and Santa Ana Lane. The latter won five Group 1 races in Australia.

A feature of the 15-year-old Lope De Vega throughout his career to date has been consistent quality. He was bred in the purple by, and raced for, Gestüt Ammerland.

Next week his yearlings on offer include a half-sister to triple Group 1 winner Dylan Mouth and a son of Group 1 Prix de l’Abbaye winner Wizz Kid at Goffs, both from Ballylinch Stud.

After that Lope De Vega has so many representatives in Books 1 and 2 at Tattersalls, and there are no fewer than 38 sons and daughters in the first week alone. A half-sister to Group/Grade 1 winners Sheikha Reika and Lumiere from Ballylinch and Newsells Park’s half-brother to Legatissimo are standouts on pedigree, but there will be a packed ring no doubt when Ballyphilip Stud offers Lope De Vega’s half-sister to the brilliant Battaash (Dark Angel) and this year’s Group 3-winning two-year-old The Antarctic (Dark Angel), who was also placed in the Group 1 Prix Morny.