Leo Powell identified Amelia's Jewel as a runner to watch, and she is still getting better 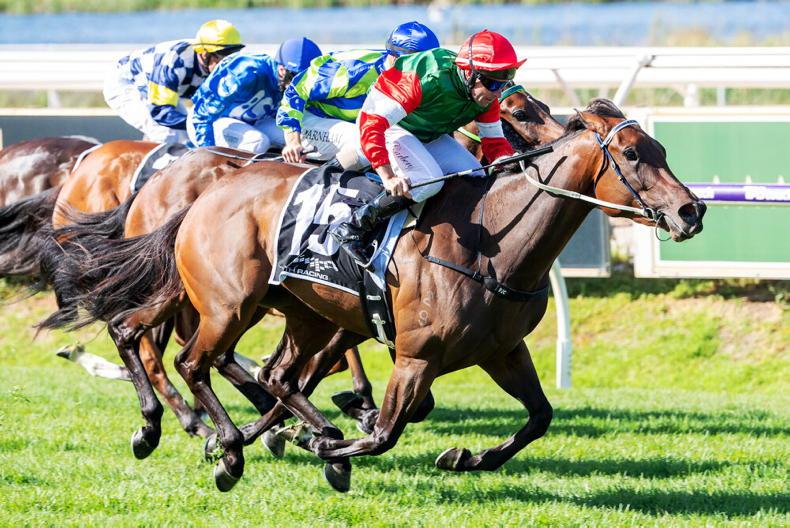 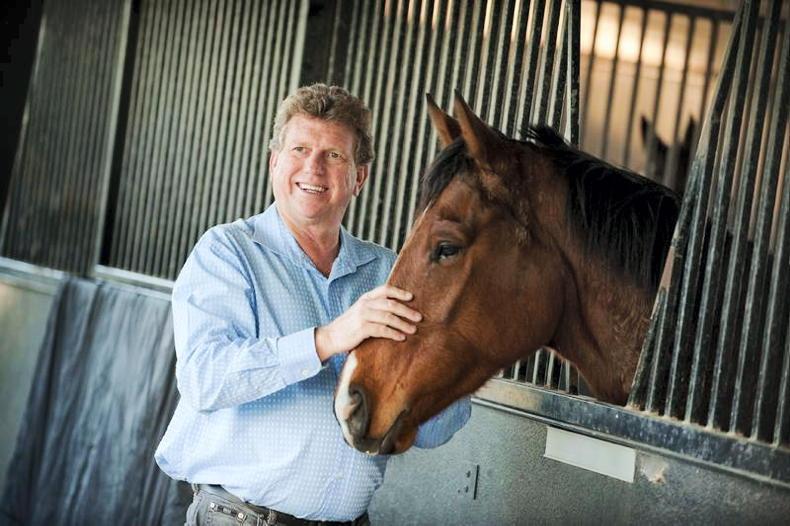 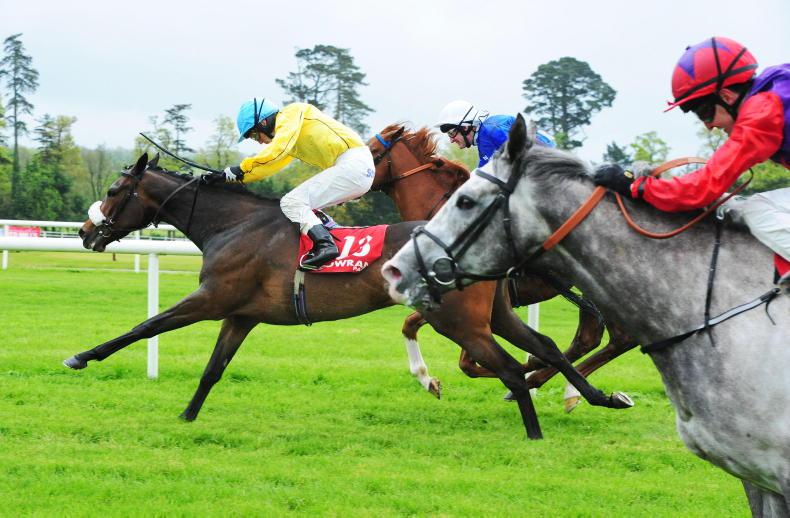 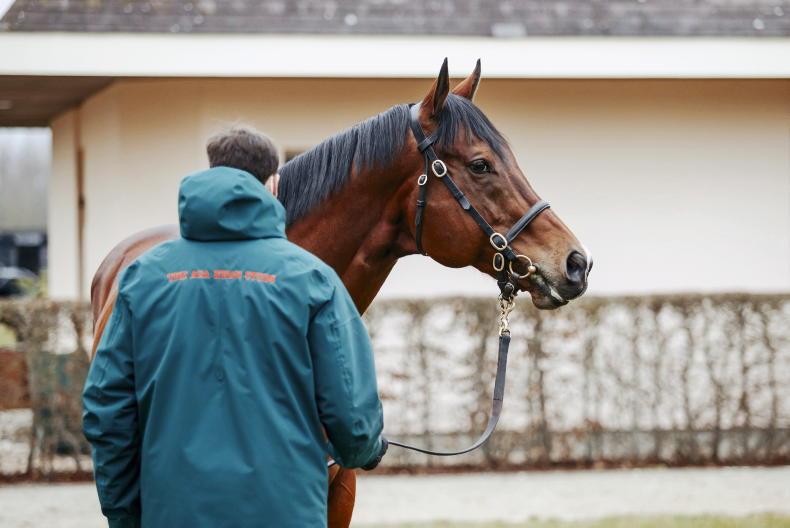 EIGHT months ago I highlighted a filly in Australia as ‘One for the Notebook’, such was the impression this daughter of Siyouni (Pivotal) had made on both of her juvenile starts at the time.

This is what I wrote. “Keep an eye on racing down under. Amelia’s Jewel is a name to remember, though you have likely not seen her win on both of her juvenile starts to date. That is because she is trained in Australia by Simon Miller, and at the weekend her win in the Group 3 Gimcrack Stakes at Ascot had people getting very excited.

“Have we seen the latest racing star down under emerge?

“This was her second win in a pair of starts at Ascot, on her debut she won the Listed Supremacy Stakes, and in both cases she has beaten Costume Party. Her win at the weekend under Patrick Carberry was a joy to behold.”

Well, I am delighted to report that Amelia’s Jewel, an Amelia Park homebred who was foaled at Segenhoe Stud, has now won five of her six starts, and at the weekend she enhanced her growing reputation with a victory in the Group 2 West Australian Guineas where she was one of a pair of fillies taking on the colts. She has done all of her racing at Ascot, where all of her starts have been in blacktype races.

She was somewhat surprisingly beaten into second place on her penultimate start, the Listed Burgess Queen Stakes, but her others victories were in the Group 2 Karrakatta Plate and the Listed Belgravia Stakes. She has amassed earnings already of some £425,000 (A$838,100) and she must be odds-on to step up further and become a Group 1 winner.

Named in honour of her owners, Peter and Annie Walsh’s, farm, Amelia’s Jewel is the first foal of the stakes-placed, dual winning Canford Cliffs (Tagula) mare Bumbasina. Bred and raced by Renzo Forni, Bumbasina won a maiden at Gowran Park at the second time of asking, and followed up at Killarney next time out. She was runner-up in the Listed Vincent O’Brien Ruby Stakes at Killarney and the Listed Navigation Stakes at Cork before being sent to the Tattersalls July Sale in 2018.

Bumbasina was purchased by Louis Le Metayer’s Astute Bloodstock and covered to southern hemisphere time with Siyouni. Peter Walsh was Le Metayer’s first client when he set up his agency, and the order for the mare came about after the Australian meat baron took a detour from a trip to Royal Ascot, and was bowled over when he saw Siyouni at the Aga Khan’s Haras de Bonneval.

Bumbasina has a now two-year-old colt by Merchant Navy (Fastnet Rock), and earlier this year he topped Book 2 of the Magic Millions Perth Sale when selling for A$160,000. Bumbasina has a yearling colt by Blue Point (Shamardal) who is due to go under the hammer in January.

Then Walsh took the somewhat unusual, but totally understandable, decision to send Bumbasina back to France where she currently resides with the Le Metayer family, carrying a colt to southern hemisphere time by Siyouni, and the plan is that she will remain there and visit him at least once more.

Walsh likes the idea that any progeny have Danehill (Danzig) on both sides of the pedigree, Siyouni being out of a mare by the sire, while Bumbasina’s dam, New Plays, is by Oratorio (Danehill).

This is a female line that is on the up and up. Renzo Forni picked up quite a bargain when he gave €10,000 for that filly foal by Oratorio out of the winning mare Sagamartha (Rainbow Quest) at Goffs in 2008, the filly sold through Jacqueline Norris’ Jockey Hall Stud.

New Plays did not race, but she has been a big success at stud. Her first four foals have all won for Willie McCreery and their breeder, and the three fillies among them are stakes horses.

Dolce Strega (Zoffany) won the Group 3 Athasi Stakes at the Curragh and is the dam of a couple of winners. Bumbasina was next, followed two years later by the dual seven-furlong winner Raffaello (War Command).

Next up is the best of the quartet on the racecourse, Epona Plays (Australia). Three of her four victories came in pattern races, the Group 2 Ridgewood Pearl Stakes at the Curragh and Group 3 races at Gowran Park and Naas.

A striking feature of all the dams in this family is that almost everything they breed that runs manages to win. Sagamartha had seven foals, six runners and five winners, her son Darley Sun (Tiger Hill) winning the Cesarewitch at Newmarket and getting well-deserved blacktype when runner-up, beaten a neck, in the Group 2 Doncaster Cup.

Sagamartha’s dam was the Group 2 Falmouth Stakes second Lovealoch (Lomond), and all but one of her seven runners won. The best was champion juvenile filly Flashy Wings (Zafonic), successful in a pair of Group 2 races, The Lowther Stakes at York and the Queen Mary Stakes at Royal Ascot. At stud Flashy Wings is dam of last year’s Group 1 St Leger third The Mediterranean (Galileo).

I still shake my head in wonder that Siyouni, a Group 1 winner at two, could have stood for his first four seasons at a fee of €7,000. He was available, if you could get him, at 20 times that fee for the last two seasons, and next year he has been marginally raised to €150,000. He is worth evert cent of it.

His sons St Mark’s Basilica and Sottsass are at Coolmore, while his daughters Laurens, Ervedya, Etoile and Dream And Do have 11 Group/Grade 1 wins between them, three of them being French classic winners.

Is there another classic winner in winter quarters presently? Anyone who witnessed the manner of Tahiyra’s victory in the Group 1 Moyglare Stud Stakes, and looks at the quality of those who chased her home, could not be anything but certain we saw a star emerging.