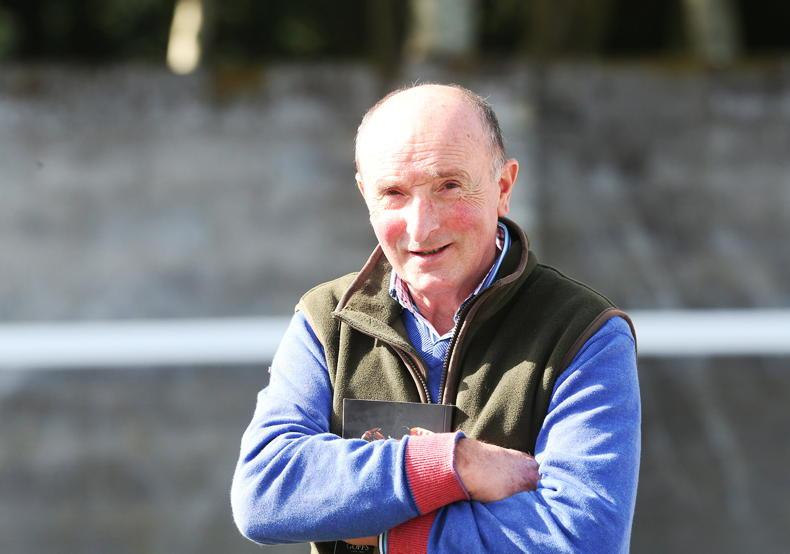 Bobby Donworth (above) and his wfe Honora now own a full-sister to last weekend's German classic winner Txope \ carolinenorris.ie

I AM sure that there were shouts of encouragement, and later of elation, in Co Limerick last weekend when Txope (Siyouni) won the Group 2 German 1000 Guineas at Dusseldorf.

Carrying the colours of Antoine Griezmann, the French soccer international and World Cup winner, Txope was successful in a stakes race in Germany at two, and group-placed in France where she had also been successful last year. Placed a couple of times at listed level this year, she really stepped up to the mark at the weekend. Connections are thinking of a Grade 1 challenge in the USA later this year, and she looks well capable of achieving that aim.

This was all good news for Honora and Bobby Donworth at Roundhill Stud, home now to Citadelle (Siyouni), a winning full-sister to the weekend’s classic winner. She was bought last December at Arqana by the couple’s son Tim for €120,000, and she certainly looks value for money now. The fillies are the first two runners for their stakes-placed dam Power Of The Moon (Acclamation), and the good news is that there are two more, at least, by Siyouni (Pivotal) to follow.

This is one of those solid female lines that keeps on throwing up a good horse on the track. Power Of The Moon was stakes-placed at two and three and her half-sister Zinziberine (Zieten) was especially smart as a juvenile, winning both the Group 2 Criterium Maisons-Laffitte and Group 3 Prix Eclipse. Tellingly, she has gone on at stud to produce three stakes winners.

Txope’s third dam Amen (Alydar) was a five-time winner in America and graded stakes-placed, but she went to stud in Europe and the best of her eight winners, three of them blacktype, was the dual Group 1 Prix Royal Oak-French St Leger victor Amilynx (Linamix).

Speed and stamina appear in the family, and no doubt the Donworth magic will be worked on finding the right coverings for Citadelle in her new career.