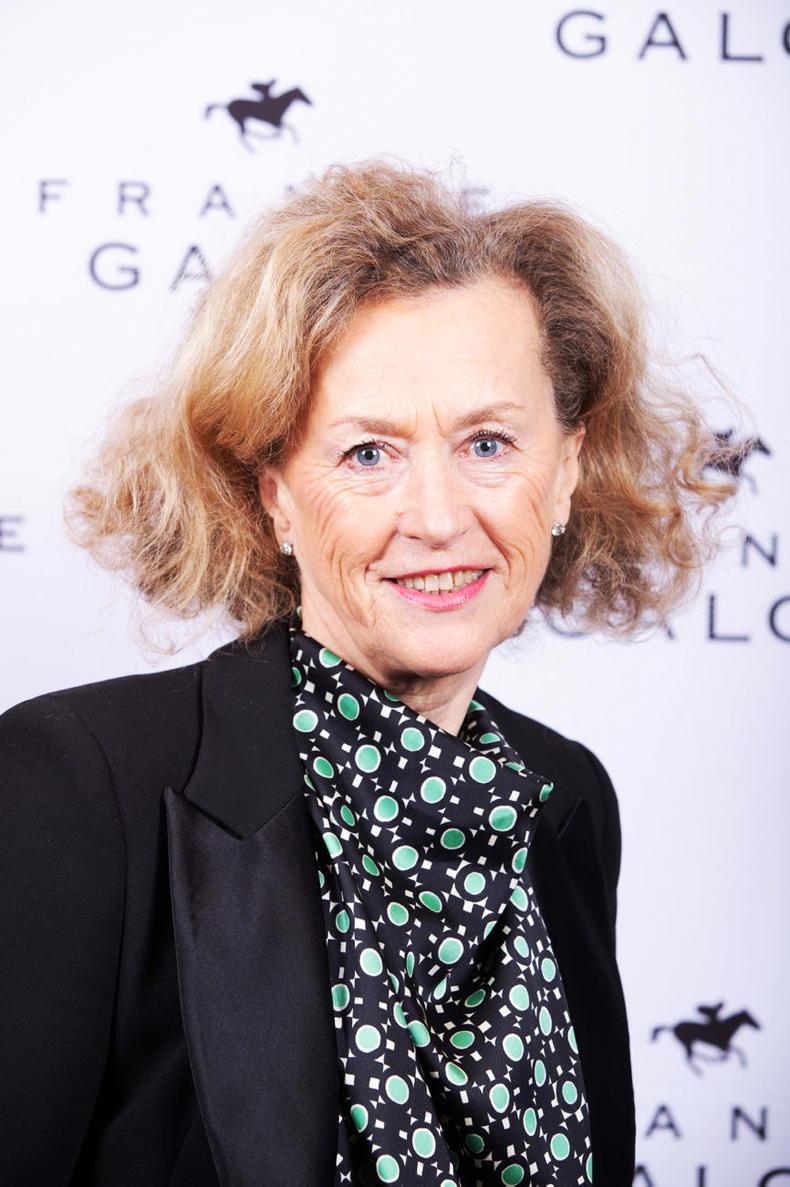 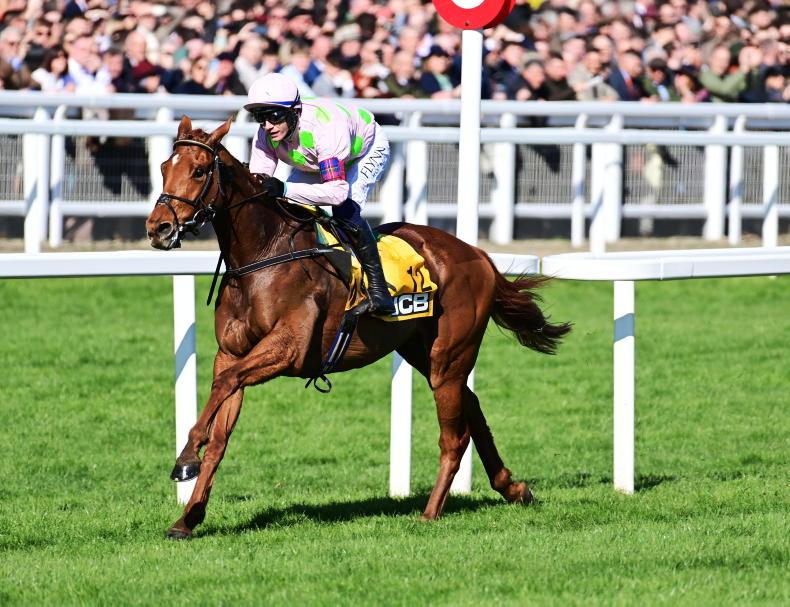 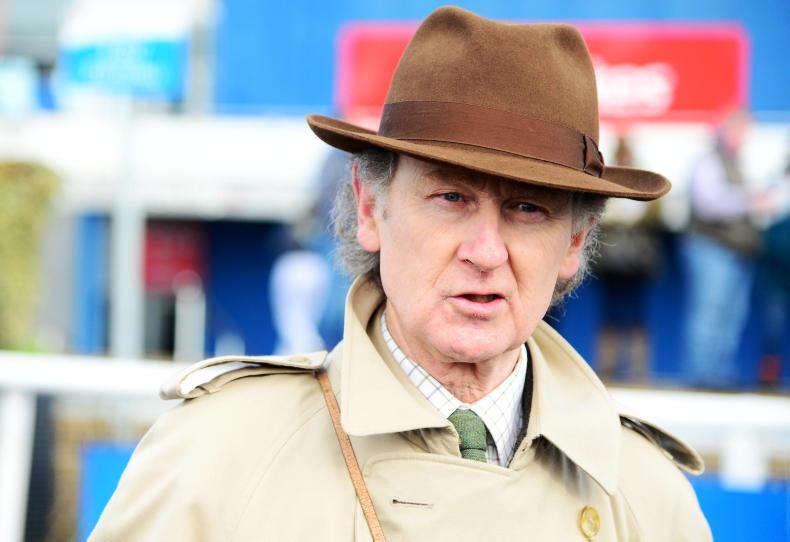 WHAT more can I add to the story of A Plus Tard, his owners Cheveley Park Stud, trainer Henry de Bromhead and the sensational Rachael Blackmore?

Victory in the greatest race on the National Hunt calendar saw A Plus Tard step up to the mark and better his second-place finish 12 months ago.

Let’s not forget the eight-year-old’s breeder, Irish woman Antonia Devin, better known here as a Feeney from Ardoon Stud outside Newbridge. She and her husband Henri have enjoyed enormous success internationally as owners and breeders, and this win will no doubt be special to the couple.

This was victory number eight in 19 starts for A Plus Tard, and the son of Kapgarde (Garde Royale) has never been worse than third. He has winnings now of £920,000, and he comes from a family that produces class performers in every generation.

A Plus Tard was purchased privately by Alex Elliott for Cheveley Park Stud. He carried the colours of Antonia Devin when he was a listed winner over hurdles at Auteuil. Half of his wins have been gained in Grade 1 races.

A Plus Tard is the best runner and one of three winners for his dam Turboka (Kahyasi). The pedigree has received a significant update too thanks to Turboka’s grandson Fil D’Or (Doctor Dino) who was runner-up earlier in the afternoon in the Grade 1 JCB Triumph Hurdle. He is a Grade 2 winner over hurdles.

The Gold Cup winner’s grandam Turbotiere (Turgeon) was a multiple listed winner in France and group-placed, and she is the dam of eight winners, including a trio of blacktype winners over jumps in L’Aubonniere (Doctor Dino), Turbotin (Passing Sale) and Dottore (Doctor Dino).

Vauban has some classy relations

VAUBAN has now won twice over hurdles, and both are Grade 1 races.

He led home a French-bred 1-2-3 in the Grade 1 Spring Juvenile Hurdle at Leopardstown, and prior to that his two victories on the flat included a listed success over a mile and a half in France.

This was one of five Grade 1 wins of the week for a French-bred, more than doubling their score 12 months ago, though they notched six in 2020. Vauban is from a family that is more familiar with success at the highest level on the flat, its best-known son being the Prix de l’Arc de Triomphe winner and Ballylinch Stud stallion Waldgeist (Galileo).

Twenty-three starts over three seasons for the Hurricane Run (Montjeu) mare Waldfest, the dam of Vauban, resulted in a single success at the age of four. She raced for Philippe Decouz and he is one of the breeders of her first foal, the JCB Triumph Hurdle winner.

Waldfest is one of three winners from Gifted Icon (Peintre Celebre), and her half-brother Masked Marvel (Montjeu) was rated the best stayer in Europe of his generation when he captured the 2011 Group 1 St Leger at Doncaster. Masked Marvel was born a year before Waldlerche (Monsun), a Group 3 winner in France and now the dam of three group winners, Ballylinch’s Waldgeist, Group 2 winner Waldlied (New Approach) who sold for 2,200,000gns last December, and the 2021 Group 3 Gordon Richards Stakes winner Waldkonig (Galileo).

Galiway (Galileo) was a smart racehorse who ended his six-race career with a listed win over nine furlongs. He commanded a modest fee of €3,000 for his first four seasons at stud, but this season he will cost €30,000. His first two small crops include nine stakes winners, including dual Group 1 winner Sealiway.

NO one knows French form and breeding like Willie Mullins, and he doubled up on Friday when State Man ran out a good winner of the Grade 3 County Hurdle. This five-year-old, who was listed placed in France over hurdles, is by Doctor Dino (Muhtathir), and that sire’s outstanding runner is Sharjah, a seven-time Grade 1 winner over hurdles for Mullins. ML Bloodstock, whose principal shareholder is Vincent Barrett, bred and initially raced State Man, and the Cheltenham winner’s sibling

CON O’Keeffe in Kilbarry Lodge Stud must have been over the moon as he watched The Nice Guy (Fame And Glory) extend his unbeaten record to four with victory in the Grade 1 Albert Bartlett Novices’ Hurdle. Con must also regret that this is the only foal produced by Kilbarry Beauty, winner of a bumper and a hurdle race and a daughter of Saffron Walden (Sadler’s Wells).

Kilbarry Beauty carried the silks of Con’s wife Claire to her victories when trained by John Kiely. The Nice Guy sold as a foal for €33,000. From the second crop of his sire, the colt’s dam was a half-sister to Massini’s Maguire (Dr Massini). He sold as a four-year-old for 200,000gns in 2005 after winning a Limerick bumper, and then went on to beat Tidal Bay by a neck in the Grade 1 Ballymore Properties Novices’ Hurdle at the 2007 Cheltenham Festival.

What a loss Fame And Glory has been. He died in 2017, four years after going to stud and has just five crops. He is sure to add further big race wins to his already impressive roll of honour, one that already includes Grade 1 Royal Bond Novice Hurdle winner Ballyadam, December’s Grade 1 Challow Hurdle winner Stage Star and this week’s Festival winner Commander Of Fleet among his top-level successes.

Bred by John Blake and sold as a three-year-old at the Goffs Land Rover Sale for just €9,000, Billaway won a point-to-point at the age of six and then was bought by Harold Kirk and Willie Mullins for £50,000. He has now won six times over fences.

One of four winners for his unraced dam Taipans Girl (Taipan), Billaway’s third dam was the smart hurdler Helynsar (Fidel), and she had a Grade 1 chase winning own-brother in Eddie Wee (Fidel). This is also the family of the Troytown Chase and Betfred Gold Cup winner Jack High (Erdelistan).

Elimay is a racing queen

VICTORY number nine as Elimay carried J.P. McManus’ green and gold colours to victory in the Grade 2 mares’ chase, a 10th win during the week for the all-conquering Willie Mullins stables.

Successful in her native France, Elimay first came to our attention when she sold for €310,000 at the Arqana Autumn Sale in 2017. She was bred by Christophe Toulorge, who also bred her grandam Ryde (Sillery) in partnership with Alec Head. Ryde could boast of being a half-sister to a leading chaser in France in Naringe (Al Nasr).

Toulorge continued with the family when he and Alec Head failed to sell Ryde’s filly Hyde as a yearling. That daughter of Poliglote (Sadler’s Wells) was second over hurdles from just five starts, and for her first couple of years at stud she visited Montmartre (Montjeu).

Her first two offspring were fillies, the second being Elimay. She was followed two years later by Goshen (Authorized). He is a nine-time winner, including the Grade 2 Kingwell Hurdle twice, and he started favourite for the Grade 1 Triumph Hurdle, looked all over the winner, and unseated Jamie Moore at the last.

Among the 17 blacktype winners by Montmartre, seven are mares, including the Grade 1 winner Petite Parisienne. 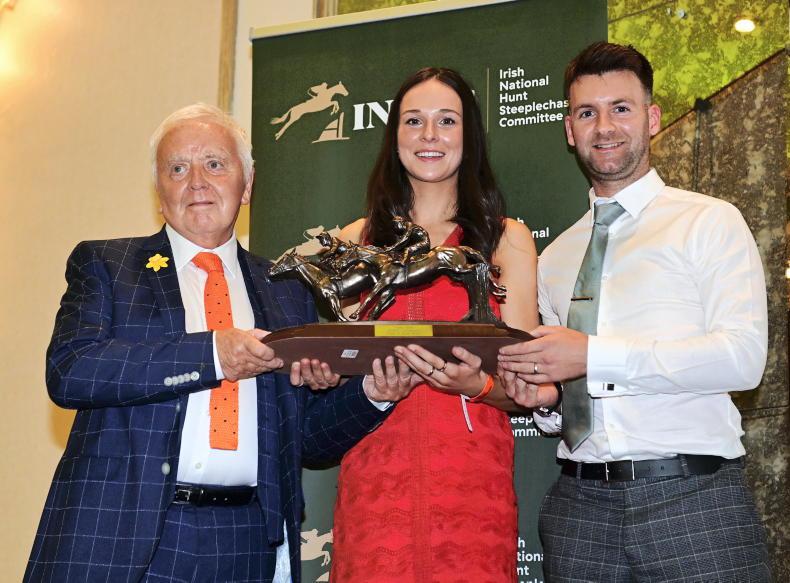 Mark Costello
PTP AWARDS: Seventh heaven for Some Man team
A round-up of the winners at the Point-to-Point Awards in the Dunboyne Castle Hotel 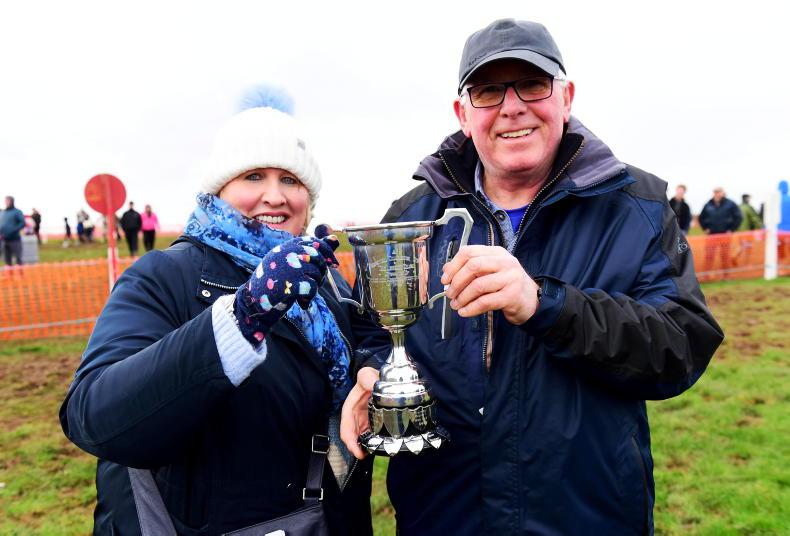 Margie McLoone
MARGIE MCLOONE: Winged Leader's connections proud
David Christie was chivalrous in the Cheltenham defeat of Winged Leader, as was joint-owner Jennifer O’Kane, with the pair being immensely proud of their horse