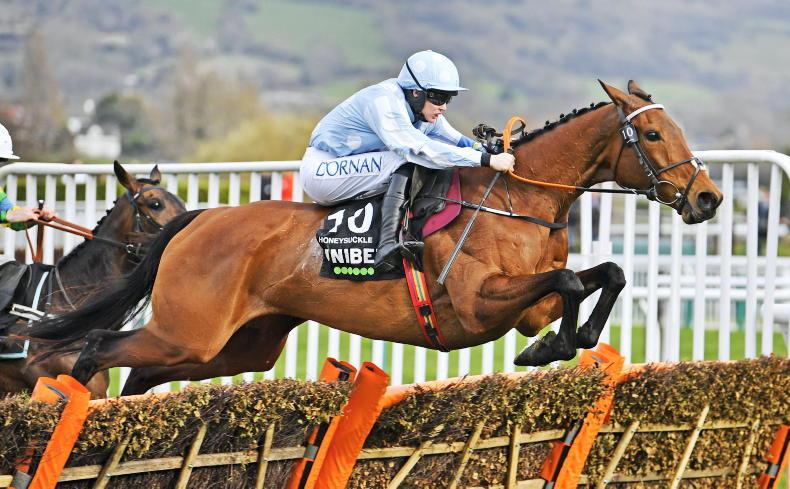 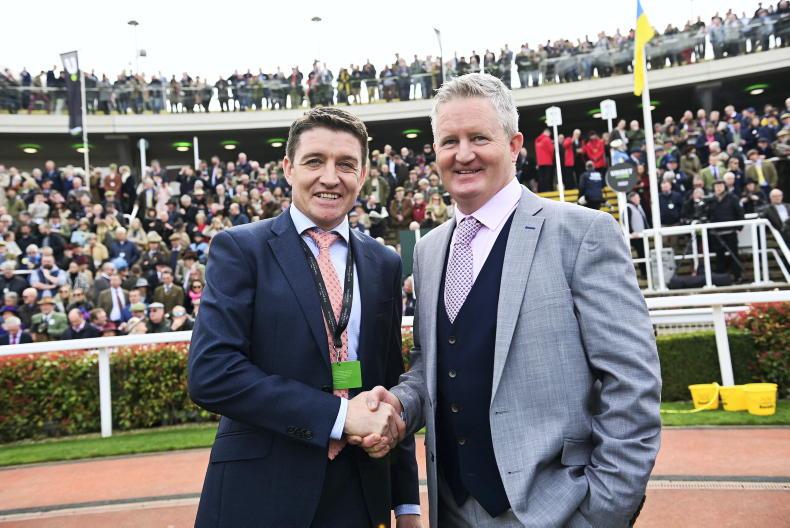 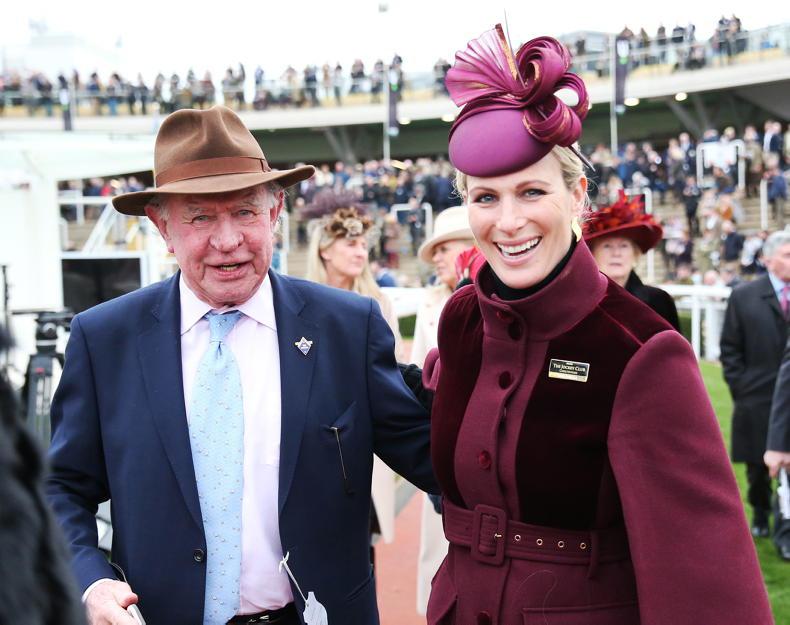 Timmy Hyde, one of the breeders of Brazil, with Zara Tindall \ carolinenorris.ie
Previous Next

TUESDAY was quite a red-letter day for British breeding, as horses bred there won three of the four Grade 1 races on offer. Pride of place goes to Honeysuckle, the unbeaten 16-time winner, including a point-to-point, who was notching her 11th Grade 1 win when landing her second Champion Hurdle.

With a race record like that, Honeysuckle’s family is well-known to all, featuring as often as it does. It did have one significant update in recent times, her year-younger full-brother Last Royal (Sulamani) finally adding an impressive hurdle success to a prior victory in a bumper.

Bred by Dr Geoffrey Guy at The Glanvilles Stud in Dorset, home of co-owners and managers Doug and Lucy Procter, Honeysuckle is a daughter of the late Yorton Farm sire Sulamani (Hernando) and is one of three winners out of the Lando (Acatenango) mare First Royal, who was twice listed-placed over hurdles in her native Germany. She then sold for €10,000 at Arqana to Toby Jones Bloodstock and moved to England.

Honeysuckle was sold twice, as a three-year-old in Part 2 of the Derby Sale for €9,500 to Mark O’Hare, and after she won her point-to-point for €110,000 at the Goffs Punchestown Sale. Rathmore Farm’s Peter Molony selected her on the latter occasion, and this flagbearer for British National Hunt breeding for the last few seasons has now earned over £1.18 million for Kenny Alexander.

The investment 13 or so years ago in First Royal looked like money down the drain for a number of years, and it took a decade or so for something significant to happen. Three-time winning point-to-pointer Dunraven Royal looked like being all First Royal would be remembered for until the emergence of Honeysuckle. Their half-brother Colorado Doc (Dr Massini) was also a multiple point-to-point winner, and then at the ages of nine and 10 he won three times on the racecourse!

The Group 1 Prix de Jockey Club-French Derby winner Sulamani won six times at the highest level, also doing so in England, Canada, the USA and Dubai. He was runner-up in the Group 1 Prix de l’Arc de Triomphe. At stud he sired four Group 1 winners in South America and the Group 1 St Leger and Hong Kong Vase winner Mastery from his time at Dalham Hall Stud.

While he will forever be associated with Honeysuckle, his best performer over jumps, don’t forget Sulamani also got the Aintree Grand National winner Rule The World.

Well, the British-bred was even more impressive as he was roared home in the opening Grade 1 Sky Bet Supreme Novices’ Hurdle from stablemate, Jonbon. The five-year-old son of Glenview Stud’s Blue Bresil (Smadoun) is a member of that sire’s first crop conceived after his move from France to Yorton Farm Stud.

Blue Bresil’s first crop included Le Prezien who won the Grade 3 Johnny Henderson Grand Annual Chase for Paul Nicholls and J.P. McManus four years ago. Barry Geraghty was in the saddle, and he has an important connection to Constitution Hill.

Geraghty bought the son of Blue Bresil with Warren Ewing as a foal at Tattersalls Ireland for €16,500 when Sally Noott sold him through Simon Balding’s Throckmorton Stud. Having been runner-up in a point-to-point, Constitution Hill sold to Seven Barrows on behalf of Michael Buckley for £120,000 at the Goffs UK Spring HIT/P2P Sale last year.

Noott had a plan to sell Queen Of The Stage, the dam of Constitution Hill, but was dissuaded from doing so. The dual Grade 1 winner is the first produce of his King’s Theatre (Sadler’s Wells) dam who won twice over hurdles, five weeks apart and for different trainers. Having won for Robin Dickin, she was sold for £18,500 and moved to Nick Williams, for whom she was also placed in a listed mares’ hurdle at Sandown.

Queen Of The Stage is out of the winning hurdler Supreme Du Casse (Supreme Leader). The next dam Pede Gale (Strong Gale) was placed in a bumper, over hurdles and fences. She produced three winners and was a sibling to six others, the best of which was blacktype-winning hurdle mare My Sunny Glen (Furry Glen).

Constitution Hill is one of four Grade 1 winners for his sire, and one of his 16 blacktype winners.

TWO races, two Grade 1s, two British wins and two British-breds. Edwardstone was impressive in landing the Grade 1 Sporting Life Arkle Challenge Trophy Chase, and this is a wonderful story of success for the homebred.

His second win at the highest level was another for his sire Kayf Tara (Sadler’s Wells) who retired from stallion duties at Overbury Stud last year.

Bred by his Norfolk-based owners Robert Abrey and Ian Thurtle, Edwardstone is out of the point-to-point winner Nothingtoloose, who Abrey purchased at the Doncaster Spring Sale 13 years ago for £22,000.

Edwardstone is her second produce, followed by Nothingtochance (Kayf Tara), the Grade 1 winner’s unraced four-year-old full-sister, and a yearling colt by Blue Bresil (Smadoun). The dam side of the family has produced a Grade 1 performer in each of the first three removes.

Nothingtoloose is a half-sister to the unraced dam of Shotgun Paddy (Brian Boru), a Grade 3 chase winner, and the Grade 1 Weatherbys Champion Bumper-placed Queens Brook (Shirocco), narrowly denied a Grade 1 win later in the day. Many Miracles (Le Moss), the third dam of Edwardstone, is the dam of four successful offspring, led by the Grade 1 chase winner Patricksnineteenth (Mister Lord).

Kayf Tara has been at Overbury since 2000. He is the sire of a dozen Grade 1 winners, including Cheltenham Festival stars Special Tiara, Ballyandy, Blaklion and Thistlecrack.

O’Hara is the Cheltenham specialist breeder

IN January, I wrote: “Cyril O’Hara has been enjoying a purple patch as a breeder in recent times, not least because of the success of the star graduate of his Ennel Bloodstock enterprise, Monkfish. Could the seven-year-old Stattler, a 33rd blacktype winner for Stowaway (Slip Anchor), be the next Cheltenham Festival winner for the Mullingar breeder?

“The signs are all there. Now two for two over fences, Stattler has only once finished out of the first three in his 10 career starts to date, and that was no disgrace as he finished fourth in the Grade 1 Albert Bartlett Novices’ Hurdle last year, a race sponsored by his owner Ronnie Bartlett.”

Well, the prediction has come to pass. Stattler, a bumper and hurdle winner and third in a pair of Grade 1 hurdle races, added the Grade 2 Ukraine Appeal National Hunt Challenge Cup Chase to his impressive CV, and gave the Mullins team their first winner of the meeting.

Stattler is out of the unraced Our Honey (Old Vic), and his year younger half-brother Might I (Fame And Glory) has chased home Constitution Hill over hurdles and finished third in the Grade 2 Rossington Main Novices’ Hurdle to Jonbon and Richmond Hill.

Did a future stallion win this week?

WINNING at a big racing festival was always on the cards for Brazil, though connections were probably thinking about Epsom, the Curragh, Royal Ascot or ParisLongchamp.

Instead, the son of Galileo (Sadler’s Wells), a full-brother to the Group 1 St Leger winner and Coolmore National Hunt sire Capri, got the better of Gaelic Warrior to land a thrilling Grade 3 Boodles Juvenile Hurdle. Could Brazil eventually find a place at stud? What an interesting prospect that would be. He is also an own-brother to Group 3 winners Cypress Creek and Passion, the latter also being placed in the Irish Oaks.

Brazil was bred by Paul Shanahan and Timmy Hyde and is another fine winner from Dialafara (Anabaa) who was purchased for €175,000 as a filly out of training. She can boast of having some fine relations, being from a well-got Aga Khan family.

I AM a little surprised to discover that the Grade 1 victory for Marie’s Rock is just the second graded National Hunt success for a son or daughter of Milan (Sadler’s Wells) out of a mare by Flemensfirth (Alleged).

This was victory number three however in a blacktype race for Marie’s Rock, as she won listed races at Taunton and Warwick. Her dam By The Hour won and placed in graded chases at Leopardstown when trained by Robert Tyner.

Marie’s Rock was bred by Dan Breen in Cashel and sold by him through Railstown Stud for €35,000 at the Goffs Land Rover Sale to Highflyer Bloodstock and Middleham Park Racing. Her winnings now top £130,000 and she is one of a pair of winners for her dam, produced from her first two offspring.

Milan has enjoyed enormous success with his runners, but Marie’s Rock is his first Grade 1 winning mare.

JEREMY had a memorable Cheltenham 2020, and he started this year’s meeting well, his son Corach Rambler winning the Grade 3 Ultima Handicap Chase.

This point-to-point graduate won between the flags at the fifth time of asking, not considered enough to value him at more than £17,000 when he was sent for sale at the Goffs UK November Sale at Yorton Farm.

In just a shade over 15 months he has won more than £100,000 for connections. He is the sole winner to date for his dam Heart N Hope (Fourstars Allstar), and she was a half-sister to the listed chase winner A Glass In Thyne (Glacial Storm). 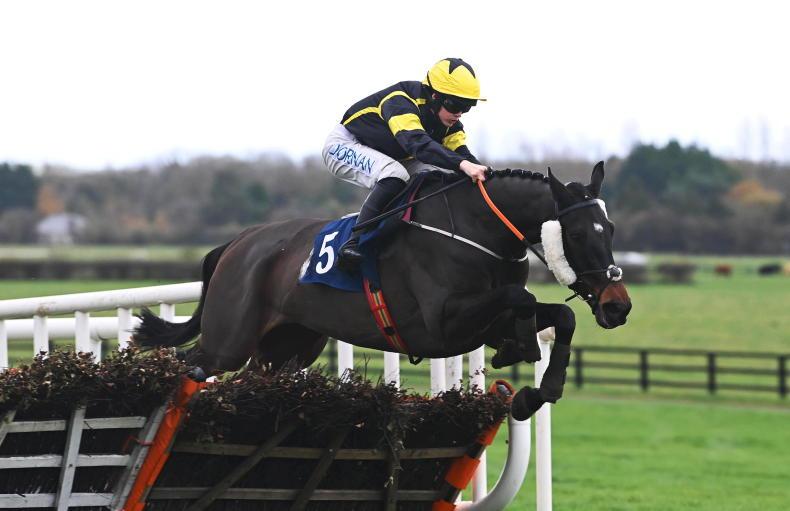 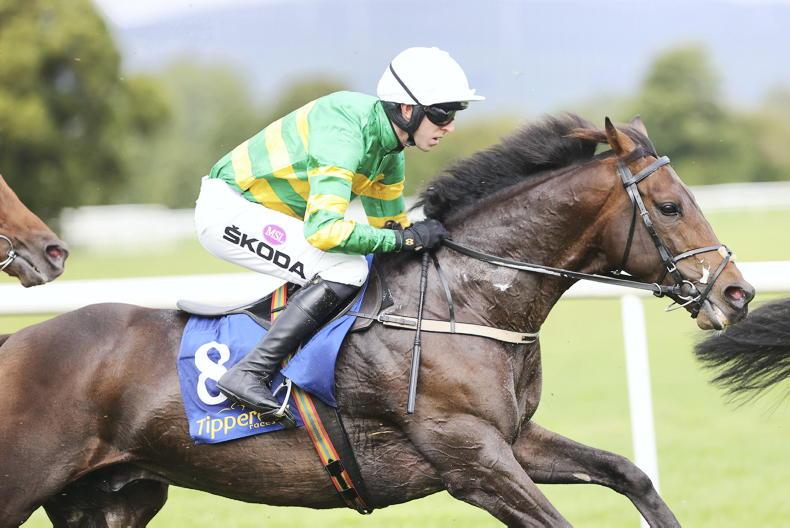